Caution: This review may contain some spoilers from The Trials of Apollo series.

The Trials of Apollo: The Tyrant’s Tomb by Rick Riordan is an emotional rollercoaster that grabs hold of the reader’s emotions from the first page and will make readers shed more than one tear for the plight of their heroes. Readers and fans of Riordan’s past work have been waiting eagerly for the next installment in his Trials of Apollo series and this fourth book in the series continues to deliver emotional punch, truly evil characters and the heroic abilities of the demigods in our world. Apollo, cast out from Mount Olympus by Zeus and placed in the mortal body of the teenaged Lester, has been forced to confront the selfishness he has exhibited for all his life. Now bound to Meg McCaffrey, Apollo confronts the enemies of his past, while relying on the help of the Greek demigods from Camp Half-Blood in New York and the Roman demigods of Camp Jupiter in California.

Book three in the series was released over a year and half ago, but Riordan masterfully places the readers back in the dread and doom that Apollo, Meg and the rest of the demigods face without skipping a beat. In the Riordan literary world, there is always some evil force that is looking to exert control or seek vengeance for being wronged centuries before. Rick Riordan has successfully taken the mythological and historical figures from centuries past and crafted well written, exciting, action packed stories about modern day humans who just happen to be the children of the Greek, Roman, and Norse gods.

Riordan has been able to balance multiple story arcs throughout the various series because he is constantly changing the focus and bringing in new characters to take the lead. What makes The Trials of Apollo series such an interesting and thoughtful set of books is that the story focuses on the arrogant self-centered god Apollo and what happens when he is cast out with no godly powers. The vane and cruel Apollo is a shadow of himself in his human form, and the idea of watching how Apollo deals with the effects of everything he has caused, such as ignoring his demigod children in the present, to the relationships he had centuries before with the Roman emperors, impacts Apollo and everyone around him now.

Even gods will pay for their mistakes, and Apollo has spent the first three books in this series trying to defend his actions. Apollo has tried to deflect blame for what he has done, but in The Tyrant’s Tomb Apollo recognizes how cruel and thoughtless he has been and seeks out ways to atone for his misdeeds.

Jason Grace’s death in the previous book in the series, enabled Apollo to see true selflessness. Jason died to save Apollo, and when you have been an omnipotent god, never worrying about death, to see a good person give his life for you shatters the constructed image of perfection that Apollo has always believed. Now he is an emotionally shattered human. The last vestiges of his being an arrogant selfless immortal are gone.

Beyond focusing on the continuing humanizing of Apollo, the battle against the triumvirate of Roman Emperor’s Nero, Commodus, and Caligula continues. Caligula and Commodus are leading an attack on Camp Jupiter in California, and Apollo and Meg’s arrival warns the weary Romans. They mourn the death of Jason Grace but prepare for the invasion of the Emperors. Frank Zhang and Hazel Levesque from the Heroes of Olympus series return, as well as Reyna and Tyson the cyclops.

Rick Riordan has never been against killing his characters. Even in the mythological/real world, good people die. The Tyrant’s Tomb is all about how the demigods must face their own fears about the coming invasion by the emperor’s forces, and what they will be willing to do to face the enemy.

Amidst the sea of familiar faces from previous novels, Riordan brings in a new character, Lavinia Asimov, a Roman demigod who proves to be impulsive, but also an exciting addition to the Riordan world. In The Tyrant’s Tomb Lavinia is heroic and courageous, and will definitely be back in novels to come. I hope.

Rick Riordan has crafted some incredible battle scenes in his past work, but the Caldecott Tunnel battle with Frank, Apollo, Commodus, and Caligula is without a doubt the greatest battle scene on the page today. Frank Zhang is a courageous warrior who for the longest time has doubted himself and his place in the world. At the Caldecott Tunnel battle, Frank is the greatest warrior. His strength and intelligence are topped with an unwillingness to yield even though he is wounded. While Frank is noble and selfless, Apollo is the exact opposite of the young demigod.

The dual side of the Caldecott Tunnel battle is Apollo facing off against Commodus. Apollo is responsible for the death of Commodus so many centuries before, and the hatred that Commodus has for Apollo is dripping in every moment they share. While Frank is fighting the brave fight against Caligula, Apollo is learning to be brave, to fight against Commodus when he can, and maximize his own abilities for success. The heroism of Frank helps Apollo find the inner god within himself.

Rick Riordan has created a masterpiece. The Tyrant’s Tomb is not only action packed with elaborate battles, but the development in old and new characters will have readers pushing through the book wondering what is about to happen next and hoping that their favorites have not died in battle.

Fans of Rick Riordan will disappear into the pages of this book praying that their beloved heroes will live. New readers will be immersed in a world filled with mythological creatures and characters from centuries ago. Riordan crafts such an eloquent and personal story in each of his books, readers will identify with the plight of Apollo, and feel for the god who is realizing how much he hurt others, and how little he helped for thousands of years.

For a novel that is geared towards middle school readers, Riordan unpacks heavy themes of friendships, relationships, love and loss in a crisp 420 pages. Make sure you have time in your schedule because once you pick this book up, you’ll find it hard to put down until the final page. 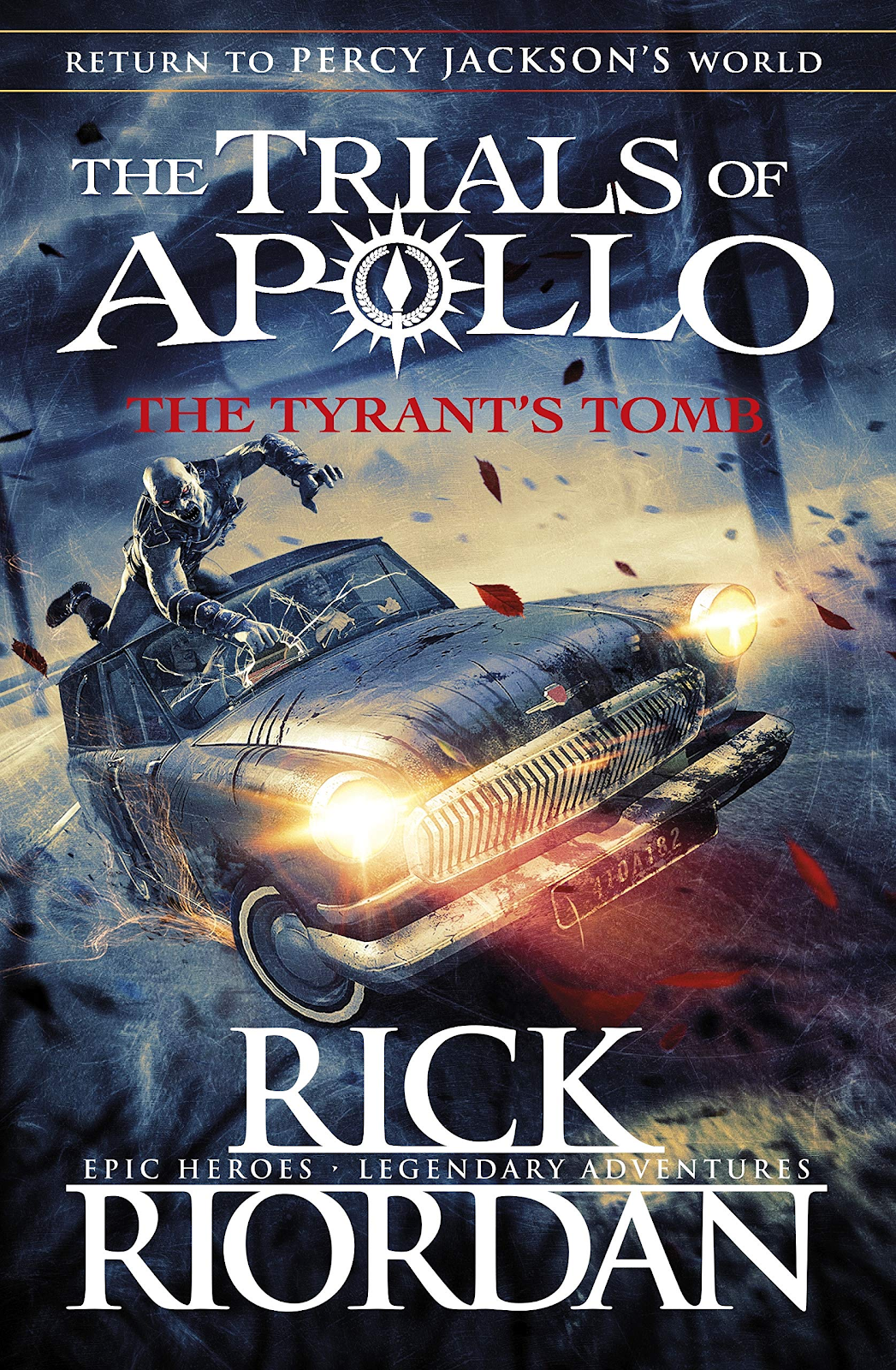 There is only one rating a book with such depth, humor, heart, and emotion could ever get, and that is 4 stars out of 4. The Trials of Apollo: The Tyrant’s Tomb is brilliant in so many ways, and a worthy edition to the Riordan pantheon.

Equal to the Marvel Cinematic Universe, the Rick Riordan world is ready for its closeup on the big screen, and now that Disney owns the movie rights for the Percy Jackson novels, perhaps we can finally see a true adaptation of Rick Riordan’s literary world on the screen, led by the maestro himself.