Over the past 80 years, Marvel has given us some of our favorite heroes and let us follow along with their stories. We’ve watched Spider-Man, Captain America, Iron Man and so many others for so long. But not all of the most interesting characters are considered heroes. Some of the best ones are actually villains.

Doctor Doom has always been one of the most interesting characters in the Marvel Universe, in my opinion. He’s complex and not just your typical bad guy who wants to see the world burn. He wants the world to be a better place and he thinks he knows all the right ways to make that happen. That’s what the new series, “Doctor Doom,” will explore. “Doctor Doom #1” does something that can rarely be accomplished in a comic. It provides a story with massive, global ramifications and it takes place almost exclusively in one place, with the focus almost exclusively on one character. Sure, the name of the comic is “Doctor Doom,” so it shouldn’t come as a surprise that he’s the main focus or that it takes place in his castle, but Marvel will often pull away from the main character to show something going on with another well-known character in the same story. This issue doesn’t do that.

It does however, give us a look at how the world treats Doom, who is known worldwide as a villain and someone who cannot be trusted. Of course, he’s treated this way for good reason, based on his hundreds of merciless actions in the past, but this issue also gives us a look at Doom in a more private setting, admitting that he hopes he’s wrong about a recent public declaration he’s made for the sake of the lives of the people around him. It humanizes him and adds another layer to the character. 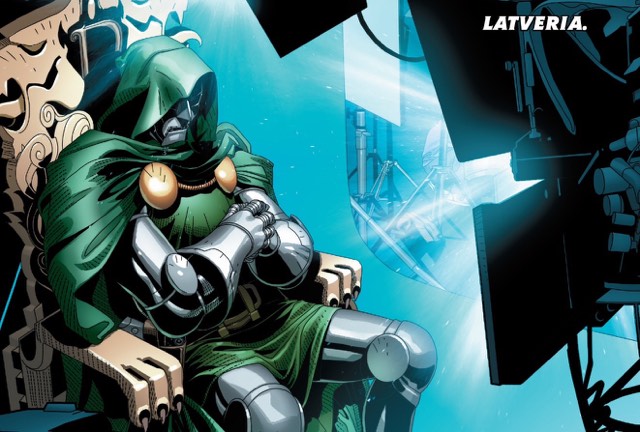 In this new story, a black hole has been opened up on the moon in an attempt to solve the climate change problem. Doom warns people of the dangers of the project which is interpreted as jealousy due to his lack of involvement and the fact that the project comes from Tony Stark and Reed Richards, two of his longtime rivals.

After the launch of the project, Doom begins seeing visions of himself in another life with a wife and children, creating the idea that, despite all of this power and wealth, Doom isn’t actually living the life he really wants. Then, Doom does the unthinkable (potentially twice). I won’t go into more detail so as to not spoil the issue.

Another thing I enjoyed about this issue was the art. While Christopher Cantwell has crafter a fantastic new story based on one of the most iconic villains in comic book history, artist Salvador Larroca brings him to life. This is the exact style of art I like to see in my comics so I personally really enjoyed it. 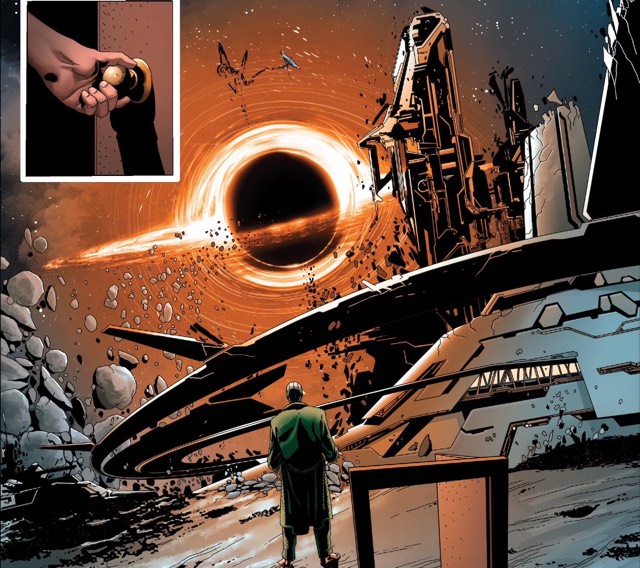 As someone who has always enjoyed Doctor Doom as a character, I am very excited to see where this new story goes. Getting the perspective of the villain is always fresh and allows you to get a new look at the Marvel Universe. Plus, as I just mentioned, the story leaves off on a killer cliffhanger. I would definitely recommend giving this new series a read.