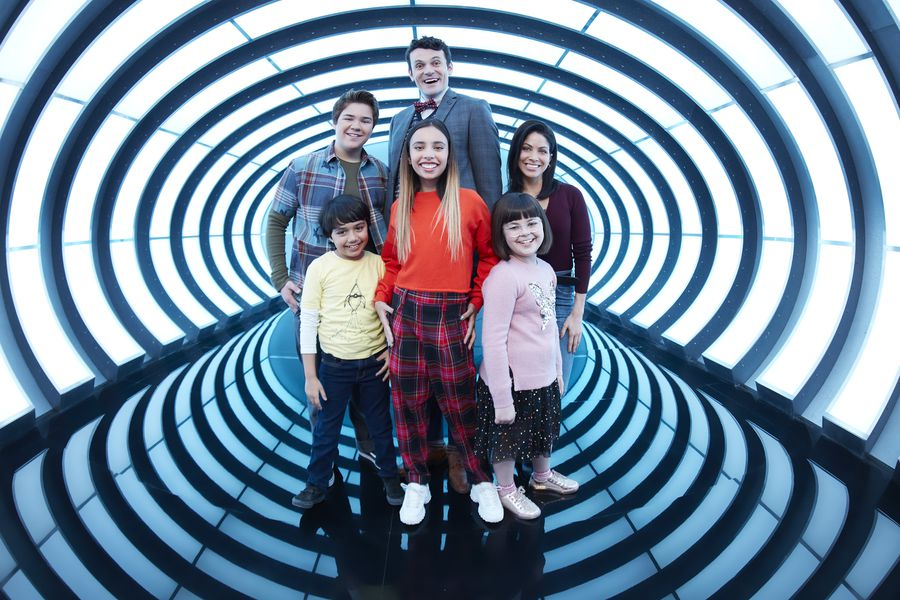 Disney Channel is about to get out of this world with their new series, Gabby Duran and the Unsittables. I got to experience the pilot in a theater in Disneyland park, mere steps from Tomorrowland where the show feels at home. That’s because this show mixes The Babysitters Club with The X-Files to create something zany and fun that kids are sure to love.

Gabby Duran feels like the odd girl out at home where her mother is a successful news reporter and her younger sister is the kind of overachiever who earns student of the month at her new school less than four-weeks into the school year. Feeling lost in the shuffle and missing her old friends from before their move, Gabby makes a plan to get herself expelled.

Gabby’s scheme backfires in her face, with the school’s eccentric Principle mistaking her prank as a responsible protective measure and instead inviting her to babysit. Accepting the gig, she soon finds herself unprepared when the charge in her care turns out to be a shape-shifting alien who can turn into whatever he eats! And he’s currently shapeshifting as a human boy, so… Played by YouTube star Kylie Cantrall, audiences will quickly fall in love with Gabby and her carefree outlook towards responsibilities that gets her into sticky situations (literally). Nathan Lovejoy’s take on Principle Principle Swift (the double “Principle” is not a typo) is a real highlight of the pilot, stealing all of his scenes. For Disney Channel old school viewers, he reminds me of a more intense Hetty King from Tales from Avonlea, which I realize makes me sound very dated but its the closest on-screen comparison I can think of. His take on an extraterrestrial human is quite different from the recent ABC sitcom, The Neighbors, which offered a similar type of humor executed differently.

The supporting cast also adds a lot of fun to this ensemble piece. Valery Ortiz plays Gabby’s mom and she gives the part the right mix of responsibility and fun, coming across more like a real parent and less like the slapstick dim witted adult that plagues most Disney Channel sitcoms. Coco Christie is delightful as Gabby’s younger sister who is wise beyond her years. And Gabby’s best friend, the paranormal investigator Wesley, is brought to life with enthusiasm by Maxwell Acee Donovan.

This series is part of what I perceive to be a shift in the type of content that Disney Channel offers. Within the past few years, they’ve reinstated animated series on the network and the live-action programs still running focus less on kids becoming stars and instead place them in some pretty wild situations. With Fast Layne and Gabby Duran and the Unsittables on the network at the same time, the future of Disney Channel feels a lot more diverse than it has been in recent years. While tonally different, it pulls elements from one of my favorite Disney Channel series of yesteryear, So Weird, which you should check out if it’s included in the vast library of Disney+. 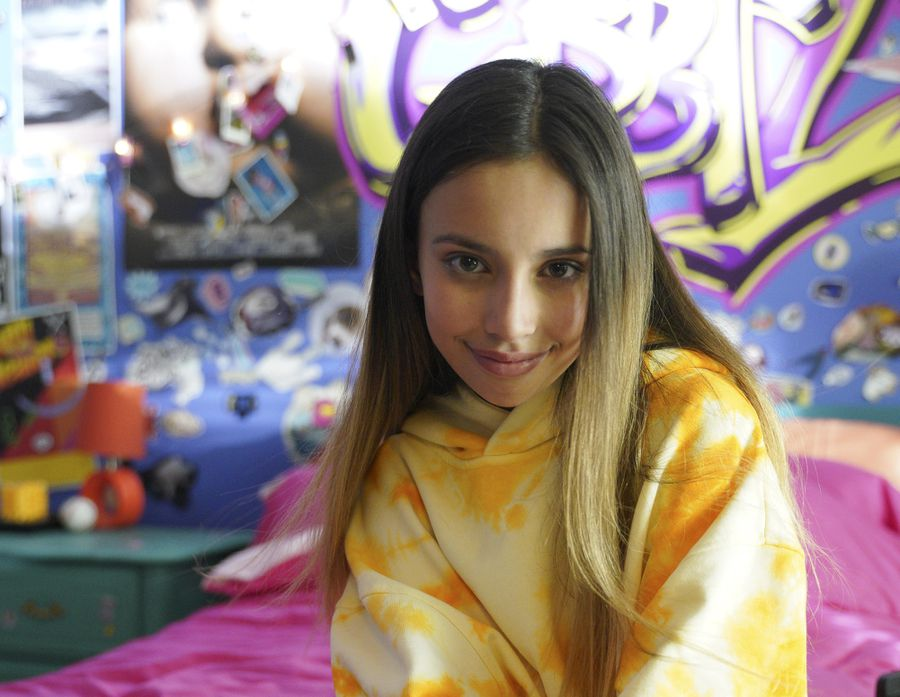 I laughed hard several times during the premiere of Gabby Duran and the Unsittables. Based on a popular book series, I found the pilot to be a faithful enough adaptation to appease readers who check it out, but also Disney Channel-ified enough where the networks most diehard viewers will feel like they’re getting something new, fresh, and exciting. The pilot’s last scene does a great job of enticing you to come back each week for more extraterrestrial babysitting assignments that will find Gabby doing whatever it takes to take care of these unique kids.

I give Gabby Duran and the Unsittables 4 out of 5 coffee mugs featuring Gabby’s mom’s face.