The worlds of Marvel and Barbie collide with the new Marvel 80th Anniversary collector dolls from Barbie Signature. There hasn’t been a Marvel-themed Barbie release since 2005 and another fun fact is that Marvel published a Barbie comic series in the ’90s. This new collection is themed to X-Men with three of the most powerful heroines in the Marvel Universe; Storm, Dark Phoenix, and Mystique. The excitement starts with the packaging, where the background for each character features their mighty powers radiating from behind the doll. The boxes also feature incredible artwork. One of the spines features the striking Marvel logo. You wouldn’t know a doll is inside that box from the side. 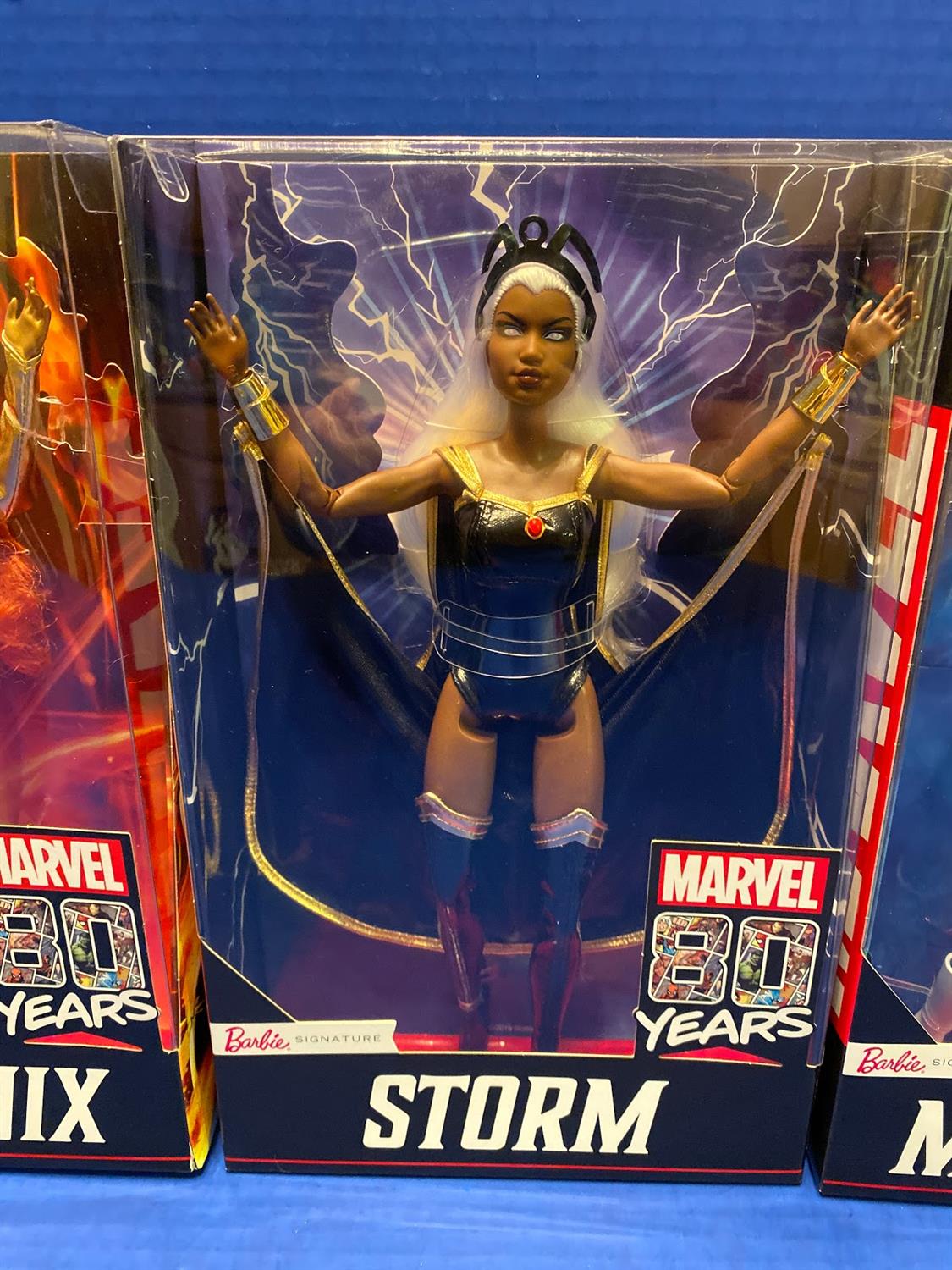 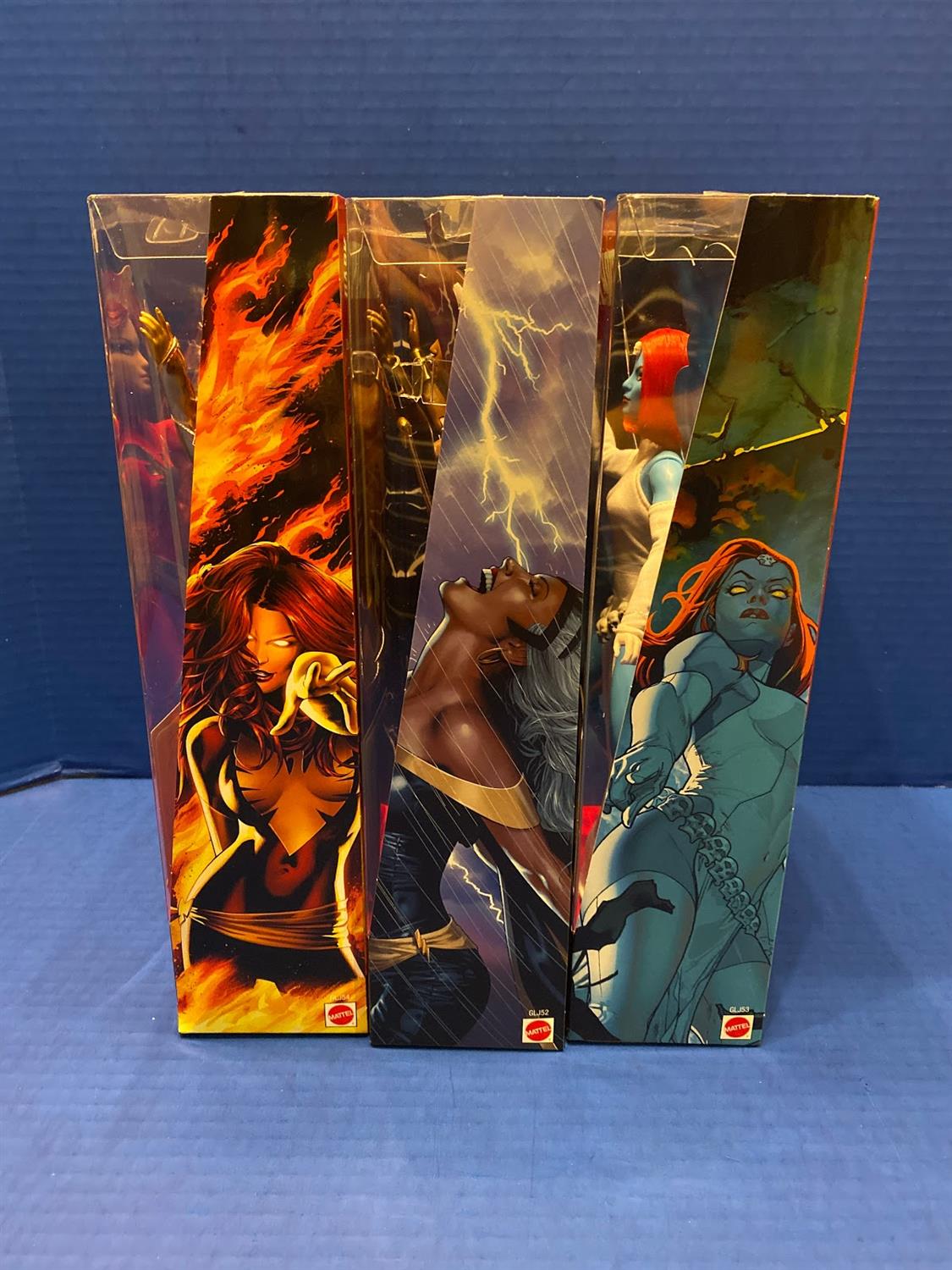 Each doll comes with a stand and a certificate of authenticity. The clear stands clip onto the doll’s left thigh, making it blend into their surroundings. 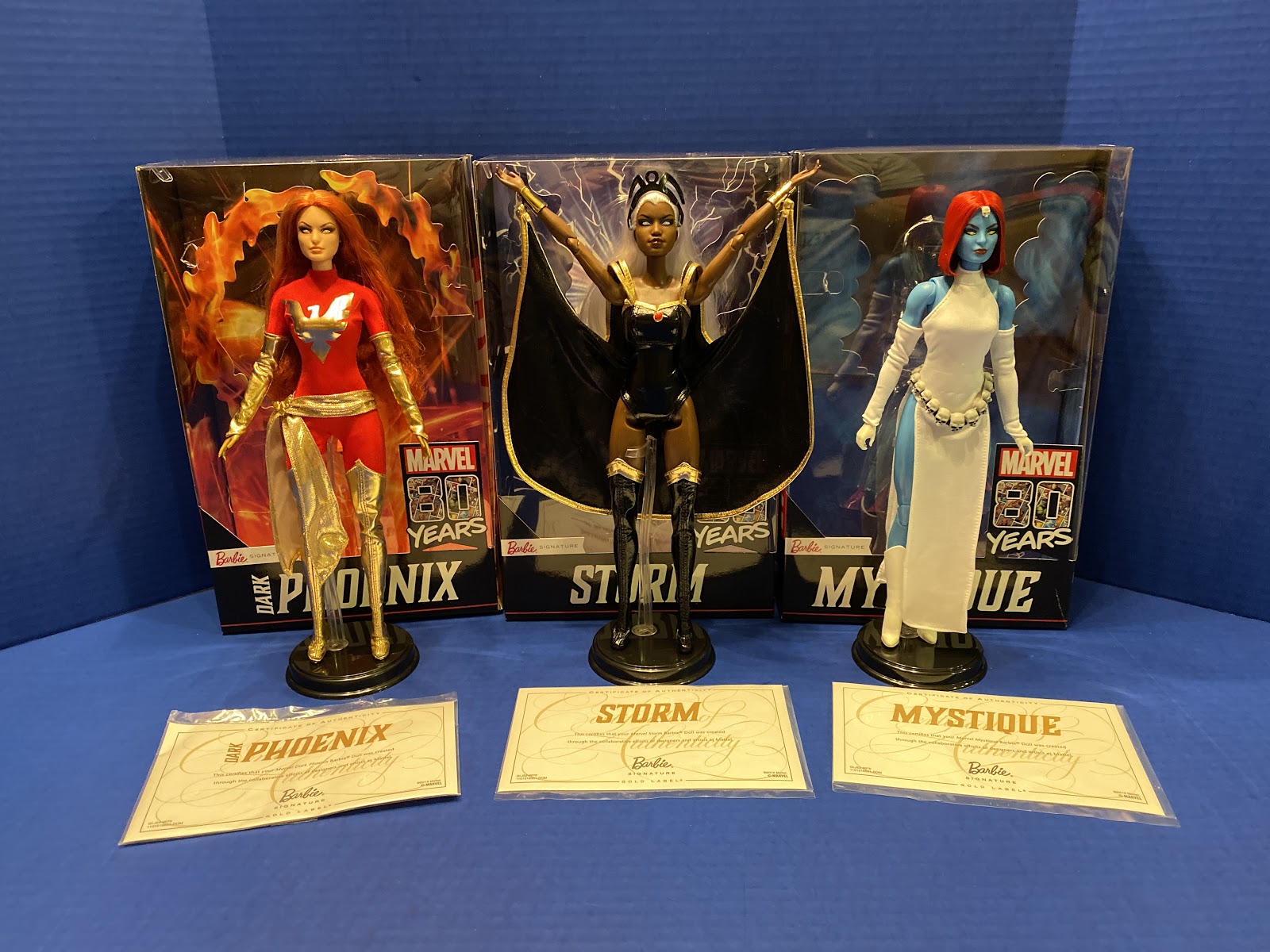 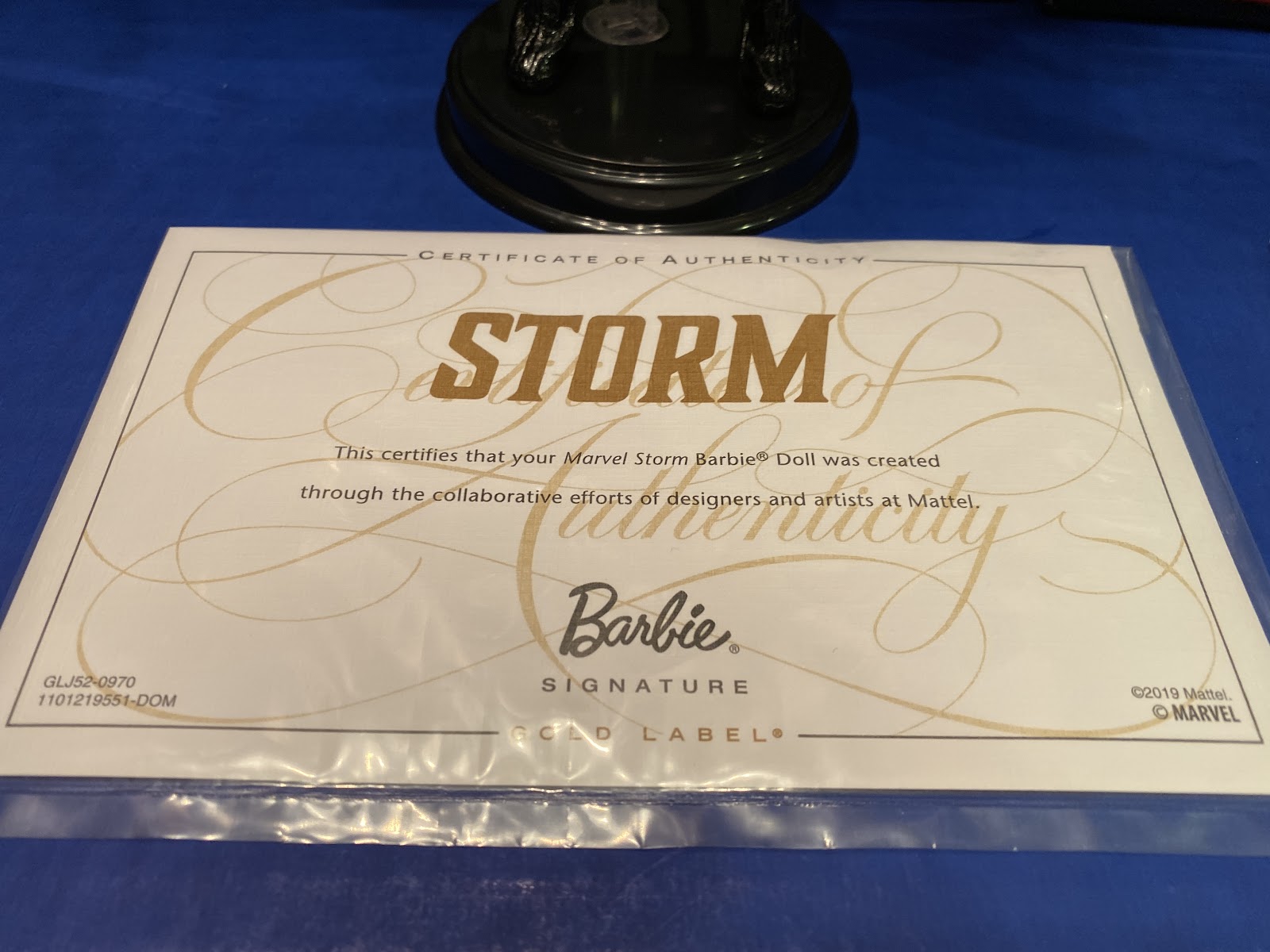 Storm has always been one of my favorite X-Men characters and she’s my favorite doll in this collection as well. The Gold accents around the fabric are really catching and the cape is fun to pose. The boots are spectacular. They’re fabric but have a hard sole and I’ve never seen that on a doll before. The face detailing of her eyes are magnificent as well. 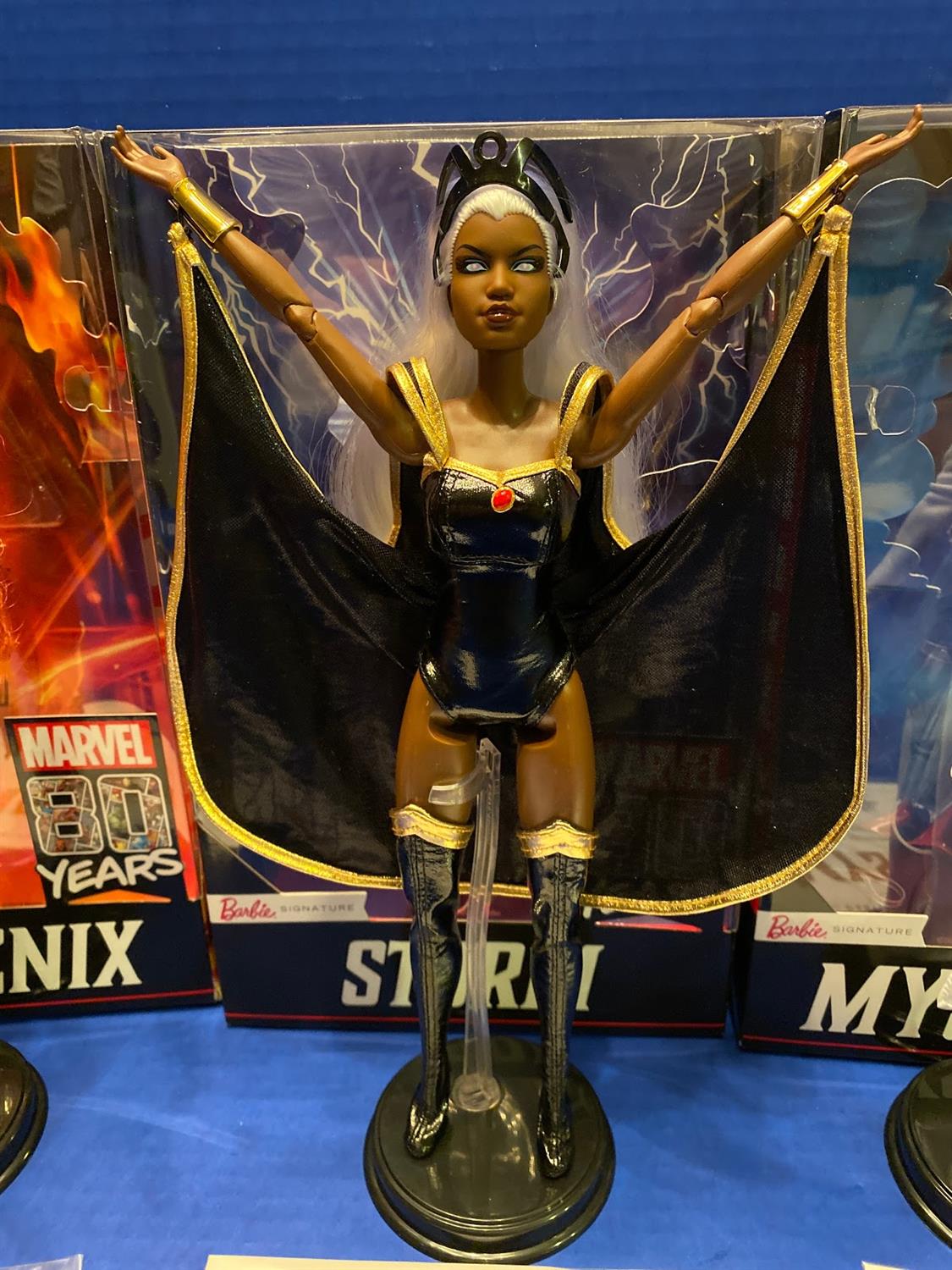 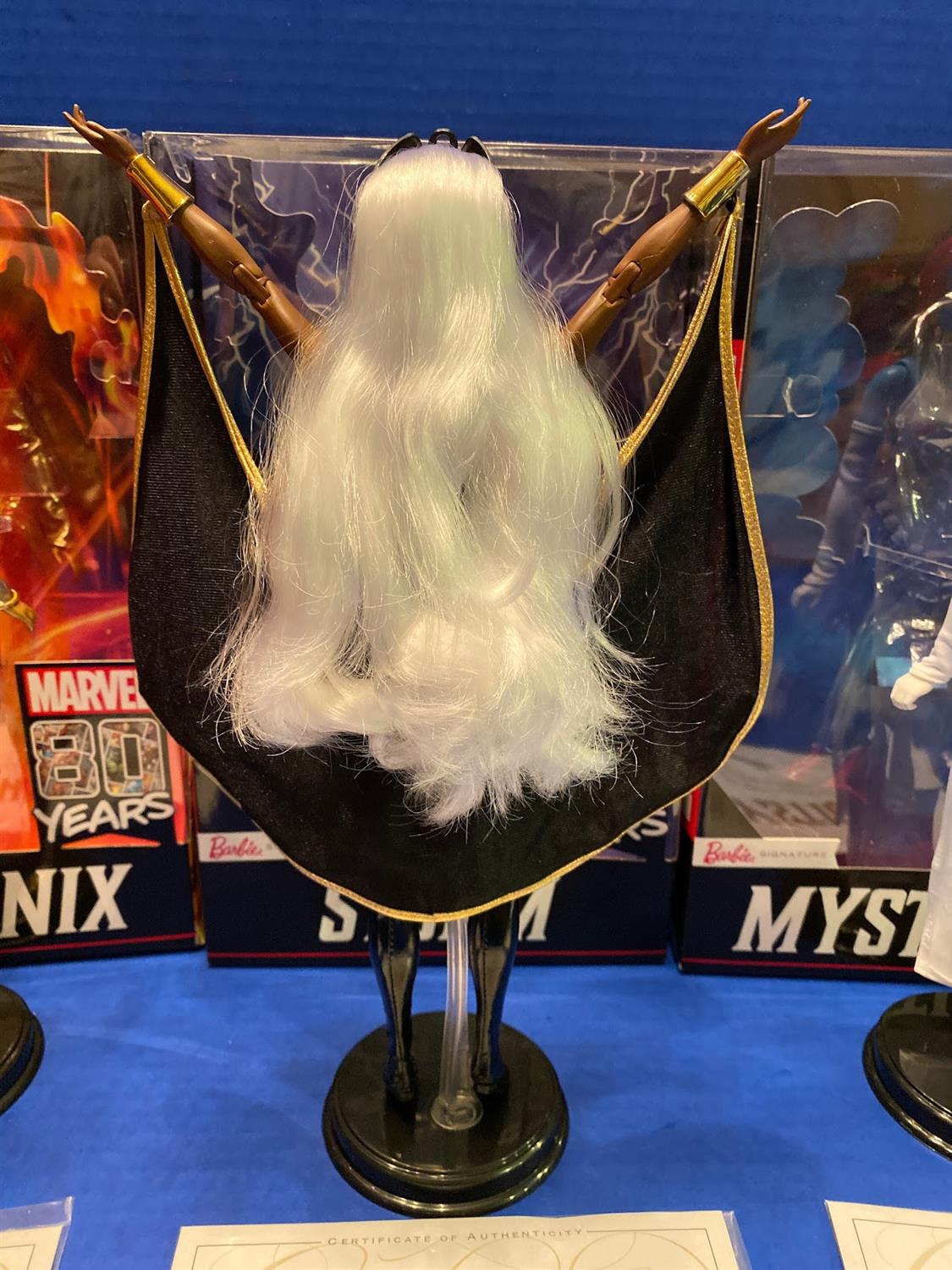 Dark Phoenix is modeled after her original comic book form and I didn’t expect to like this doll as much as I do. The layers of color in her hair really add a lot to the character. The metallic accents on her gloves are dazzling, as is the belt with a golden phoenix clasp. Her boots are similar to Storm’s and a lot flashier, too. 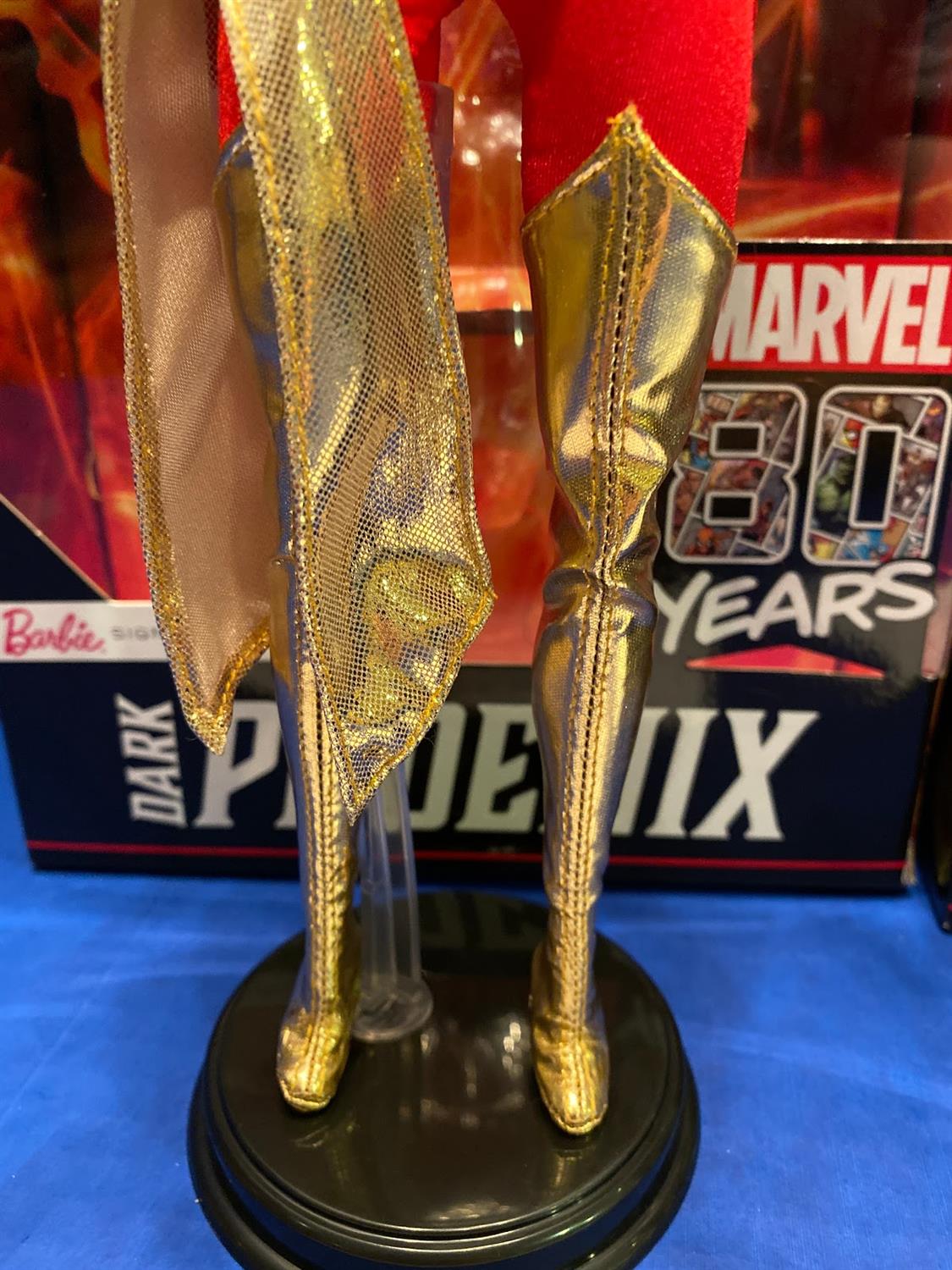 If I had to pick a least favorite in the lineup, it’s Mystique. It’s not a bad recreation of the character by any means, but her outfit is less ornate and her hair is caked with so much product that it feels plastic. Considering that she’s the same price as Storm and Dark Phoenix, you can’t help but feel like you didn’t get your money’s worth on this one. But true collectors will want to get all three. The Marvel 80th Anniversary Barbie Signature collection is available exclusively at GameStop. These dolls have a worldwide limited edition of no more than 20,000 dolls. It’s not often that you get the chance to own these legendary X-Men heroines in doll form and diehard Marvel fans won’t want to pass up this unique collectible opportunity. My fingers are crossed that this is only the beginning of an era of Marvel collaborations with Barbie.