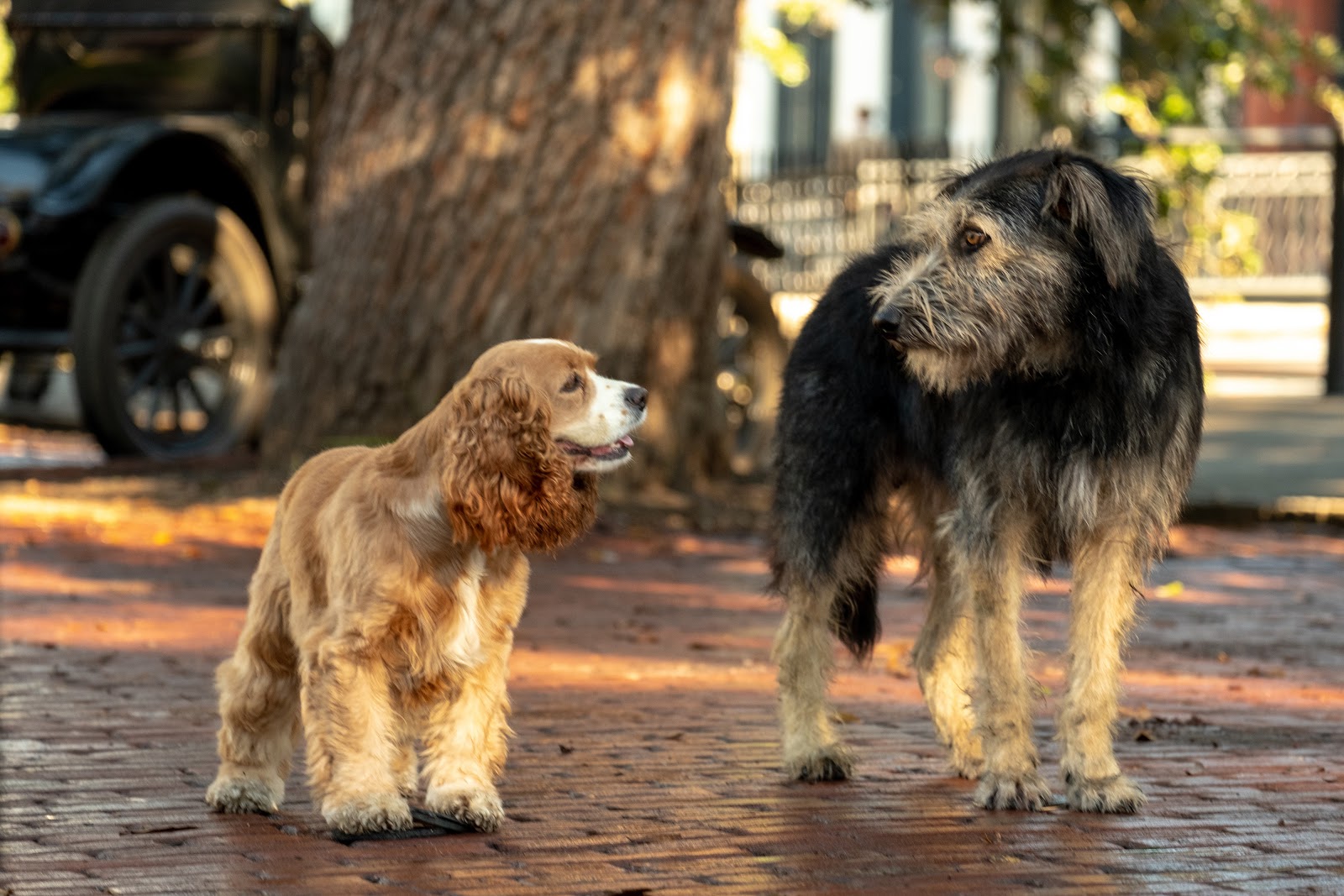 Let me start this review with a disclosure. I love talking animal movies. I also love Disney’s 1955 Lady and the Tramp. It is through this lens that I watched Disney’s 2019 edition of Lady and the Tramp which is Disney Studios’ marquee launch title for Disney+.

Much like the first film, this rendition excels when told from the dog’s point of view. Perhaps fitting the format, you see a lot more of the human characters from above the ankles. While this sacrifices a bit of the original film’s charm, the new take makes up for it in another way that is only possible in live-action. The filming of this movie in Savannah provides a rich backdrop that further enhances the 1910’s setting. As an aside, thank you to Brigham Taylor and the entire creative team for keeping the film in its original time period. Noone wants to see this film take place during modern times.

The original film’s voice cast that includes Barbara Luddy, Bill Thompson, Verna Felton, Stan Freberg, and even Thurl Ravenscroft is hard to beat. In fact, it took quite some time to get used to the new voice cast. Once my brain got adjusted, I realized that Tessa Thompson and Justin Theroux actually delivered very strong performances. There is no detection of Valkyrie's tough edge in Thompson’s performance as Lady. While able to stand her ground, she is always a dignified lady which contrasts beautifully with Theroux’s grittier interpretation of Tramp. 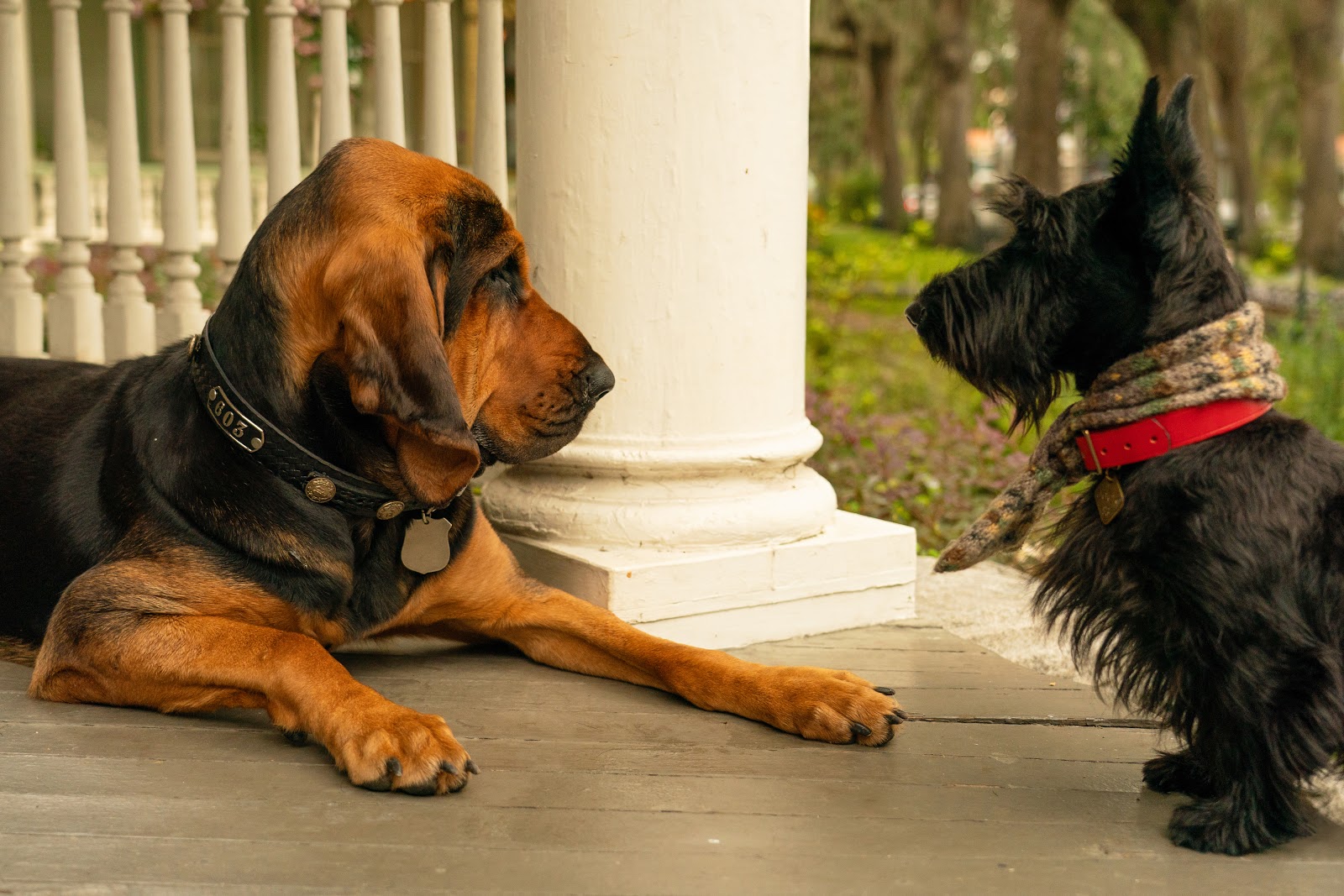 The canine supporting cast is perhaps the weak point here. Not in the fault of the performers, but they don’t get as much time to connect with us or the leads. If there is something that the film could have used a little more time with, it is developing Jock, Trusty, Peg, and Bull. That being said, the film does spend much more time developing the bond between Lady and Tramp. Their arc goes through a bit more twists and turns which strengthens the bond you sense between them in the end.

If our canine friends got less attention, the dog catcher, portrayed by Adrian Martinez, gets a much bigger spotlight. He becomes a full-fledged villain and Martinez is able to portray the ridiculousness of his character’s obsession without it mismatching the realistic setting. Disney fan Yvette Nicole Brown takes a delicious turn as Aunt Sarah who has evolved from a well-meaning but wrong-acting character to a full-fledged meanie. I am thrilled that we will get a chance to see even more of Ms. Brown on Disney+ in the future.

The biggest shame is that the canine stars, Rose and Monte, did not get top billing. They, along with their CG assistants, are the true stars of the show. Their performances make the adaptation worthwhile. In addition to both being gorgeous, they are able to convey the sense of the scene whether in a longer animal shot or a closer CG take. This played no small role in the tear-inducing ending.

In the end, Lady and the Tramp may not be a perfect picture. But, in my opinion, it is a perfect film for Disney+. There is nothing like curling up on an evening as a family and watching a movie like this together. While I still want to see big movies on the big screen, Disney+ is allowing these more intimate family movies a place to shine. Watching Lady and the Tramp for the first time with my dogs on a fall evening will always be a cherished memory. For this reason, I give Lady and the Tramp 5 out of 5 Bella Nottes.

In the whole history of the world there is but one thing that money can not buy… to wit – the wag of a dog’s tail. -Josh Billings