There has been a lot going on in the world of the X-Men over the last few months. With the launch of the massive “House of X” series and all of the spin-off series that have come with it, Marvel Comics has entered a new era for the mutants.

The latest series to tie into this huge crossover event is “Fallen Angels,” which focuses on Psylocke struggling to deal with the peace the mutants have found on Krakoa. 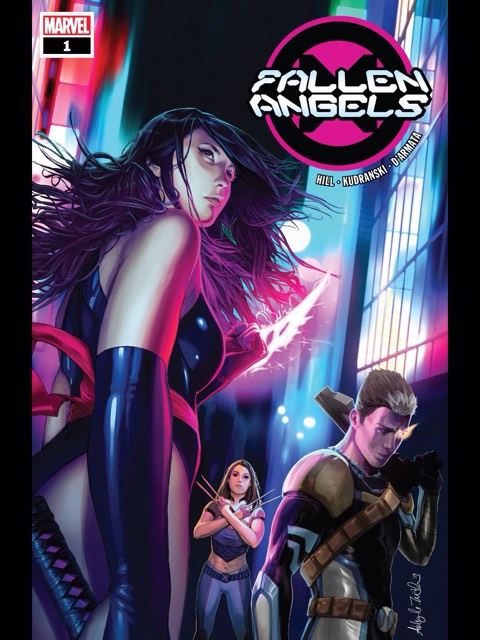 Before getting into it too much, I will warn you that if you’re not up to date on your X-Men reading and/or familiar with the characters, this is not going to be a good spot for you to jump in. Psylocke has become a very complicated character and there is a lot going on in this first issue.

Let me try to summarize. Psylocke as we new her in the past was actually Elizabeth Braddock in control of the body of Kwannon, the Goddess of Mercy. Now Braddock has relinquished that control and Kwannon is back, but she refuses to keep the name Kwannon and instead embraces the name Psylocke. She has a vision of some sort of being called Apoth that will bring on the next Apocalypse (no, not the big blue guy). Determined to stop Apoth, she recruits some help and leaves Krakoa in search of him.

Sufficiently confused? That’s very understandable as there has been a lot of context leading into this issue that you may want to start off with first. I have also left quite a bit of detail out, that will only make the story even more complex.

Aside from all of that though, this is definitely an interesting comic with some very compelling characters. Psylocke has always been mostly bland to me – a cold-blooded warrior with remarkable skill in hand-to-hand combat isn’t exactly a unique character when it comes to Marvel Comics. This issue though really dives deep into what is essentially a brand new Psylocke and gives her much more depth than anything I’ve ever read. The story, while very complex and yet still a little vague at the moment, is set up to be very interesting moving forward. It’s not the classic “a villain is causing trouble so I have to go stop him” storyline. This story involves harrowing visions, black market tech dealing, and some kind of being that is apparently possessing the bodies of children. Color me intrigued.

Psylocke is not alone in this adventure either. She’s surrounded by some of the most interesting characters X-Men lore has to offer. She meets with both Magneto and Sinister before setting off on her quest, then attempts to recruit Cable and X-23, the latter of which joins her for a brief fight. 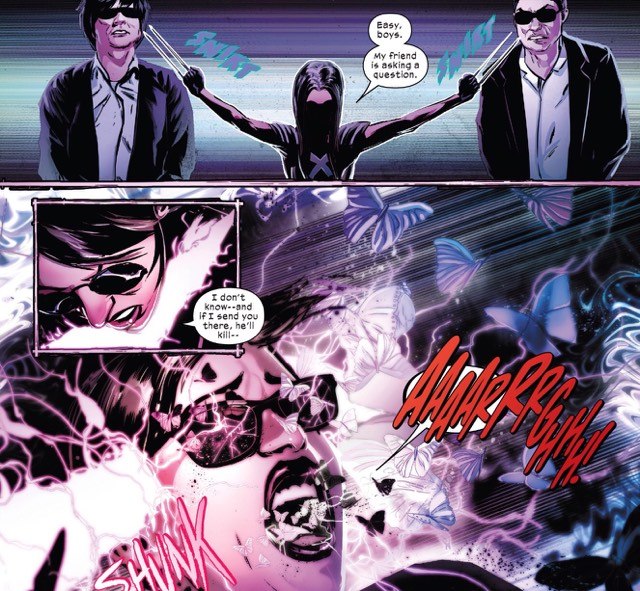 There’s not a ton of action in this first issue, but trust me, a story based on a team that consists of Psylocke, X-23 and Cable won’t be without action for long. And with that mixture of characters, it’s sure to be a lot of fun.

My favorite part of this comic though is far and away the art. Artist Szymon Kudranski has put together a beautifully colorful comic while simultaneously providing the darkness to go along with the content of this story.

Overall, this is a pretty fun first issue for a series I would like to continue reading. I would just recommend you catch up on all of the other recent X-Men-related comics first. It also wouldn’t be my first choice as far as these X-Men series go. That still belongs to “Marauders.”