Video: Disney’s “Frozen 2” Opens at El Capitan Theatre with Anna and Elsa Live on Stage Before Each Show 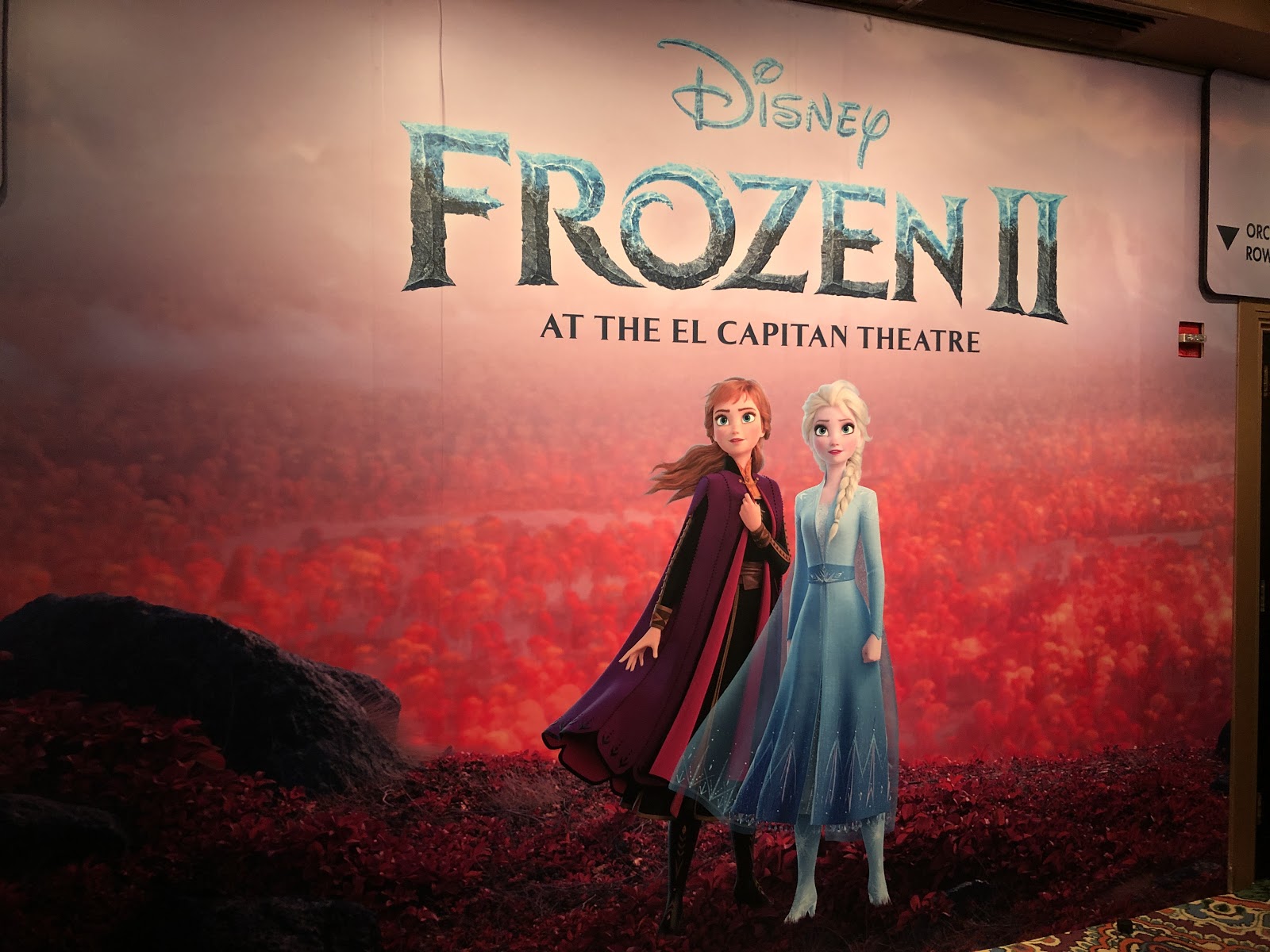 We may have successfully taken Elsa’s advice and “Let It Go” back in 2013, but now it’s time to return to Arendelle once again. Starting yesterday evening, Southern California Frozen fans have begun flocking to Hollywood’s El Capitan Theatre, where (as always) audiences will find the absolute highest-quality presentation and extra added bonus offerings for the new Disney animated feature Frozen 2.

After entering into the lobby area of the historic El Capitan, guests can have their photo taken with the Frozen 2 mural wall, grab some unique popcorn buckets and collectible cups featuring the characters from the movie, and then settle into their assigned seats to enjoy a brief live-on-stage performance by Anna and Elsa themselves prior to the start of the film.

Watch Anna and Elsa live on stage for Frozen 2 at El Capitan Theatre:

Last night El Capitan Theatre presented a special double feature Fan Event of Frozen and Frozen 2 with fun giveaways and surprises and this morning the venue hosted a Frozen 2 breakfast and Pajama Party, but for every show during the regular run, visitors can experience the highly anticipated sequel in state-of-the-art Dolby Vision Laser Projection and Dolby Atmos Sound technology. According to El Capitan, “Dolby Vision delivers a dramatically different visual experience—astonishing brightness, incomparable contrast, and captivating color—that brings movies to life before your eyes” and “Dolby Atmos transports you into the movie with breathtaking, multidimensional sound that fills the theatre and flows all around you.”

“The El Capitan Theatre is simply the best place to experience Disney’s FROZEN 2 and start the holiday season celebrations,” said General Manager Ed Collins. “Our audiences will have exclusive experiences only the El Capitan Theatre can offer.” After the film, be sure to head next door to the Ghirardelli Soda Fountain and Chocolate Shop, where Frozen 2 merchandise is available among the usual Disney collectibles and tasty frozen treats.

Disney’s Frozen 2 will play several times daily from now through Sunday, December 15 at El Capitan Theatre in Hollywood. For more information and advance ticketing resources, be sure to visit El Capitan’s official website.