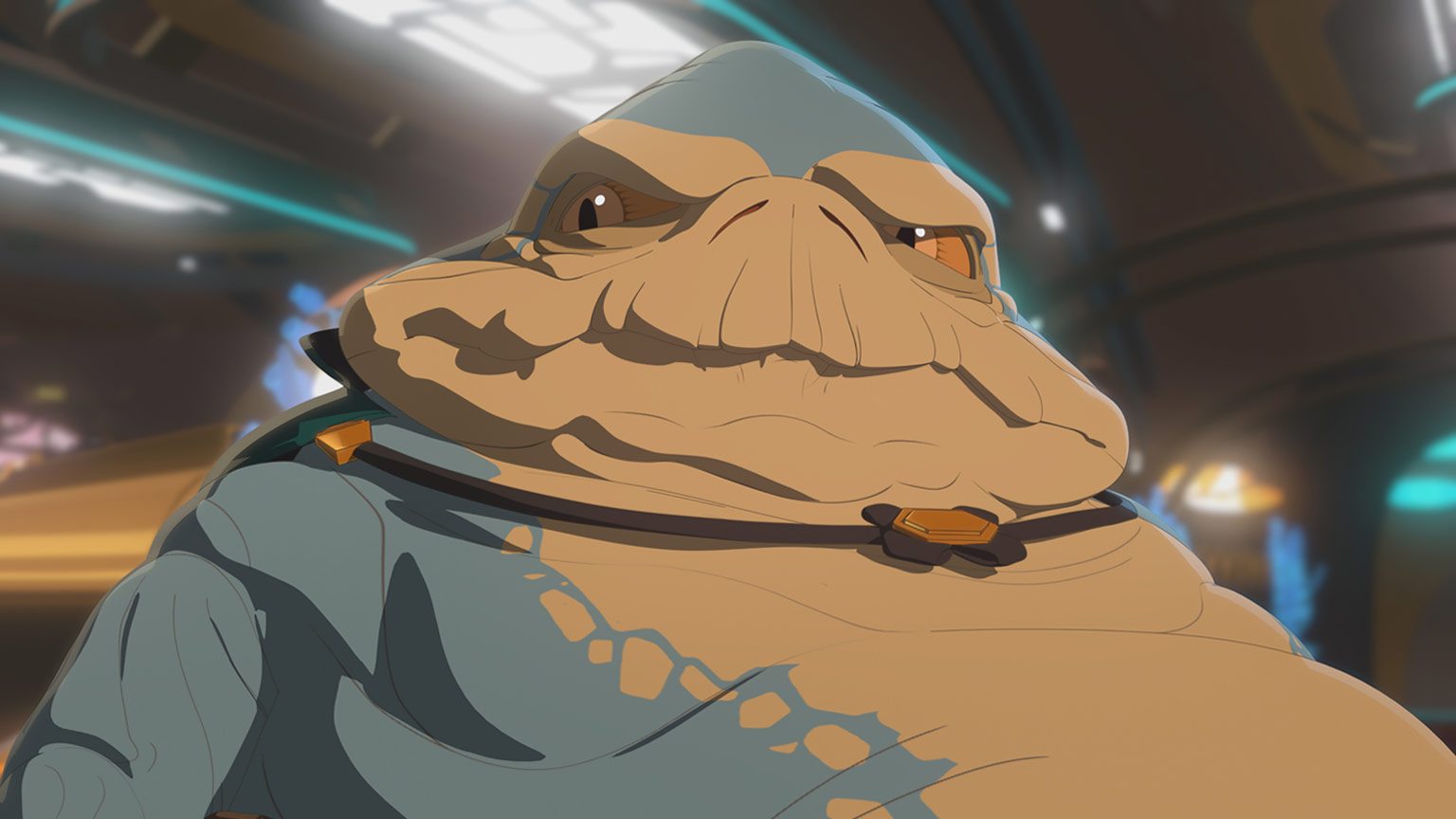 Hello and welcome to Laughing Place’s regular weekly recap of the Disney XD animated series Star Wars Resistance from Lucasfilm Animation. In this week’s installment “The Voxx Vortex 5000” (the ninth episode of the show’s second and final season), the crew of the Colossus takes a break from its ongoing conflict with the First Order to pay a visit to a Hutt-owned casino and attempt to win some money via its Ace Pilots’ racing skills.

You see, according to Hype Fazon (voiced by Donald Faison), the Aces are “going crazy with nothing to do” aboard the platform as it is adrift in space while on the lam from its enemies and trying to reconnect with the Resistance. So he approaches Captain Doza (Jason Hightower) with his suggestion: travel to the Voxx Cluster, where his old friend Vranki the Blue (a comical Hutt played by guest star John Dimaggio– AKA Bender of Futurama fame) has set up a deluxe high-stakes racing circuit. 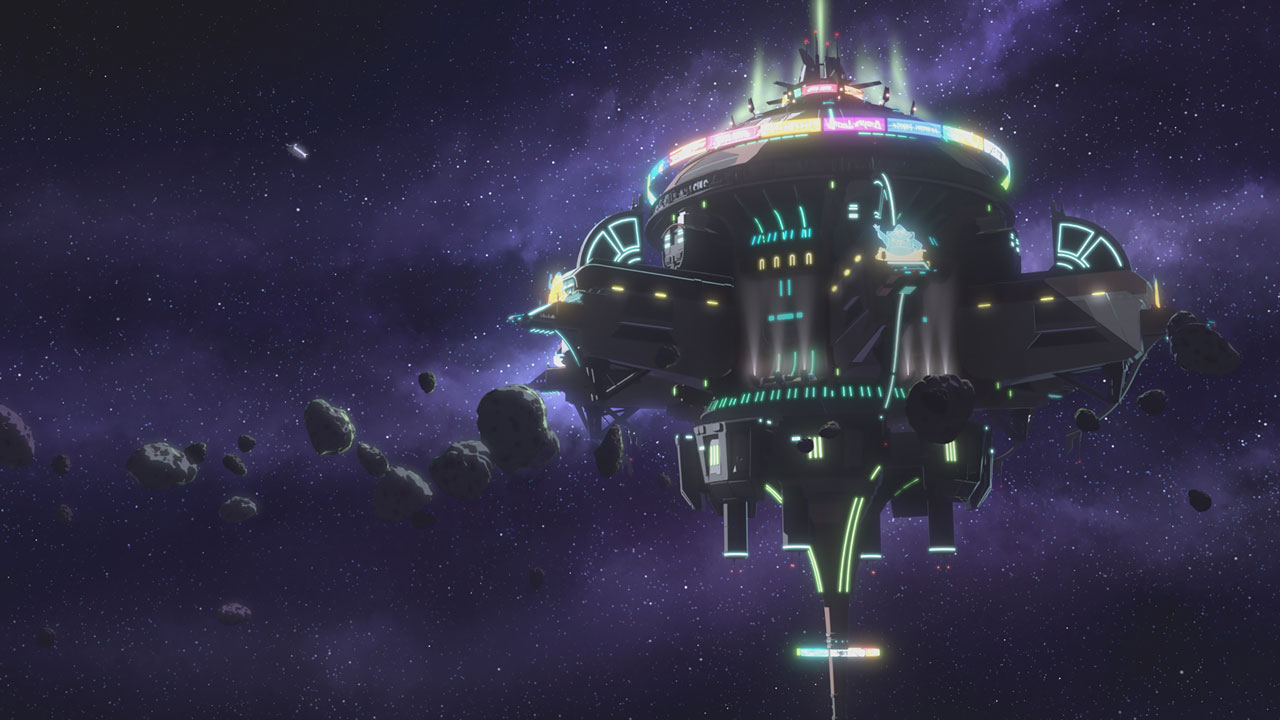 Unfortunately, when the arrive at the casino, our protagonists find it is empty due to the war– Vranki says all the high-rollers have fled to Canto Bight (which is coincidentally where Finn and Rose Tico should be around this point in the timeline). However, there are still races happening in the asteroid cluster outside, but Kazuda (Christopher Sean) and Torra (Myrna Velasco) are surprised to see participating ships so casually crashing and exploding.

Meanwhile, Neeku (Josh Brener) becomes addicted to the casino’s many hologames, while Vranki makes a deal with Hype: if the Ace Pilot wins a race, he takes home a heap of credits, but if he loses, he stays on as the Hutt’s personal racer– not to mention Vranki keeps all his future winnings. 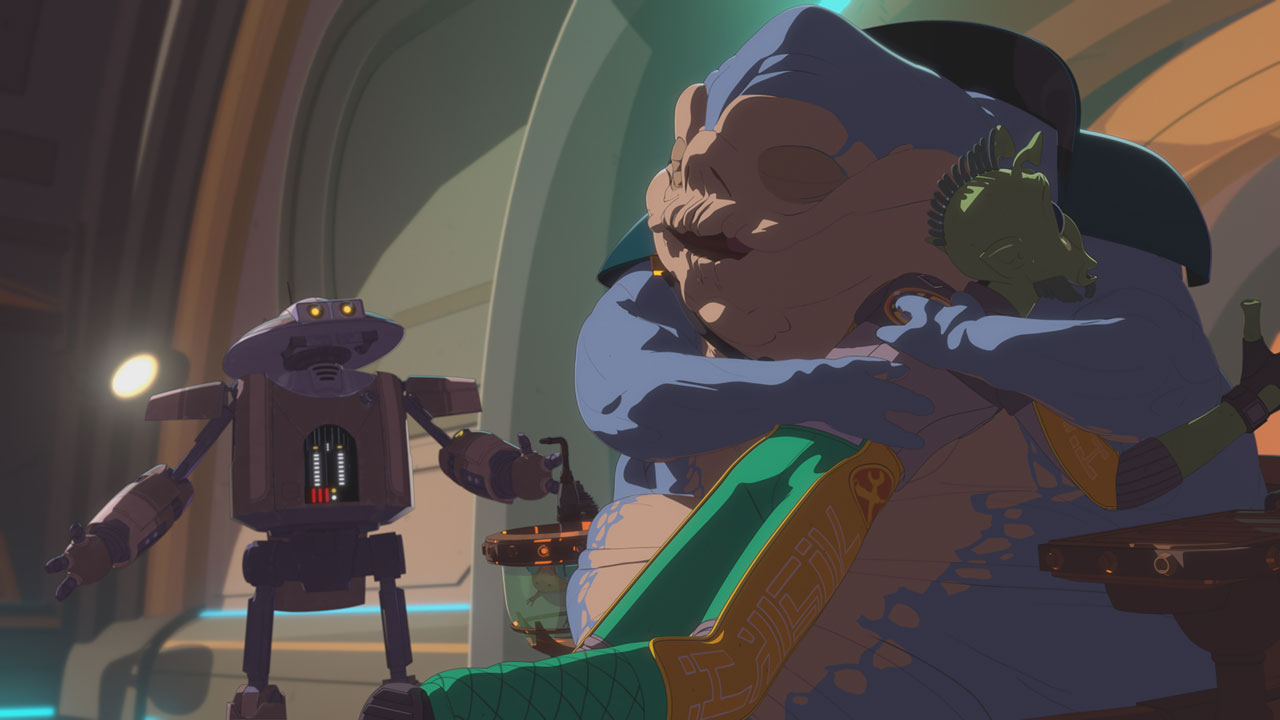 Hype enters into the race– it’s a straight one-on-one against an unknown pilot– and suddenly his competitor’s ship transforms into a spider-like configuration and deflects him from passing through the finishing ring. It turns out Vranki is racing droids, and when our heroes call him out on cheating and threaten to leave without turning over Hype, he brings out his Kowakian ape-lizard guards (enormous cousins to the Kowakian monkey-lizards who apparently run his gaming tables).

Stuck in a conundrum, Doza and friends are happy to discover that Neeku has found a connection between the casino’s hologames and the racing droids– they follow a similar pattern and the Nikto mechanic believes he can hack the race to help another pilot come in first. After a renegotiation with Vranki, additional Ace Pilots are entered as collateral, but Freya (Mary Elizabeth McGlynn), Bo Keevil (voice by series creator Dave Filoni), and Griff (Stephen Stanton) all still lose to the droids, as the Hutt keeps changing the rules by adding obstacles and illegal weapons like magnetic mines to the competition. 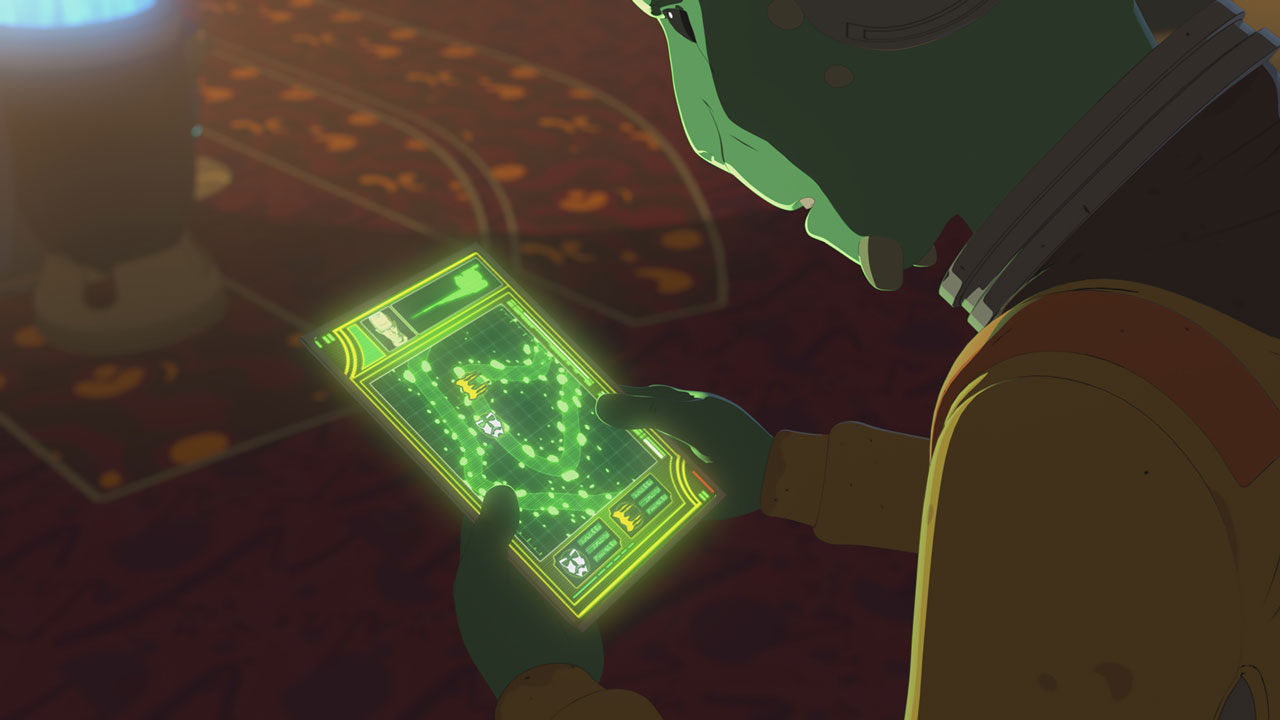 Lastly, Kaz and Torra offer themselves up as the ultimate ante– alongside the Colossus itself– with the confidence that Neeku will finally be able to outwit Vranki and his droids. But the smaller Kowakians spot Neeku helping out on his datapad and tackle him during the race, leaving Kaz (taking over from Torra in a relay) to finish the last leg by himself. Deciding that cheating doesn’t count when it’s against another cheater, Kaz goes off-course to catch up to his opponent, and Neeku breaks free from the monkey-lizards at the last second to deactivate the laser cannons on the finish ring, allowing a victory for our crew.

Surprisingly a Hutt of his word, Vranki pays up an extra 500,000 credits and offers Hype to stick around to race for him anyway, but the pilot says he will take his chances aboard the Colossus. Captain Doza and company return to the platform with more money to purchase much-needed supplies. 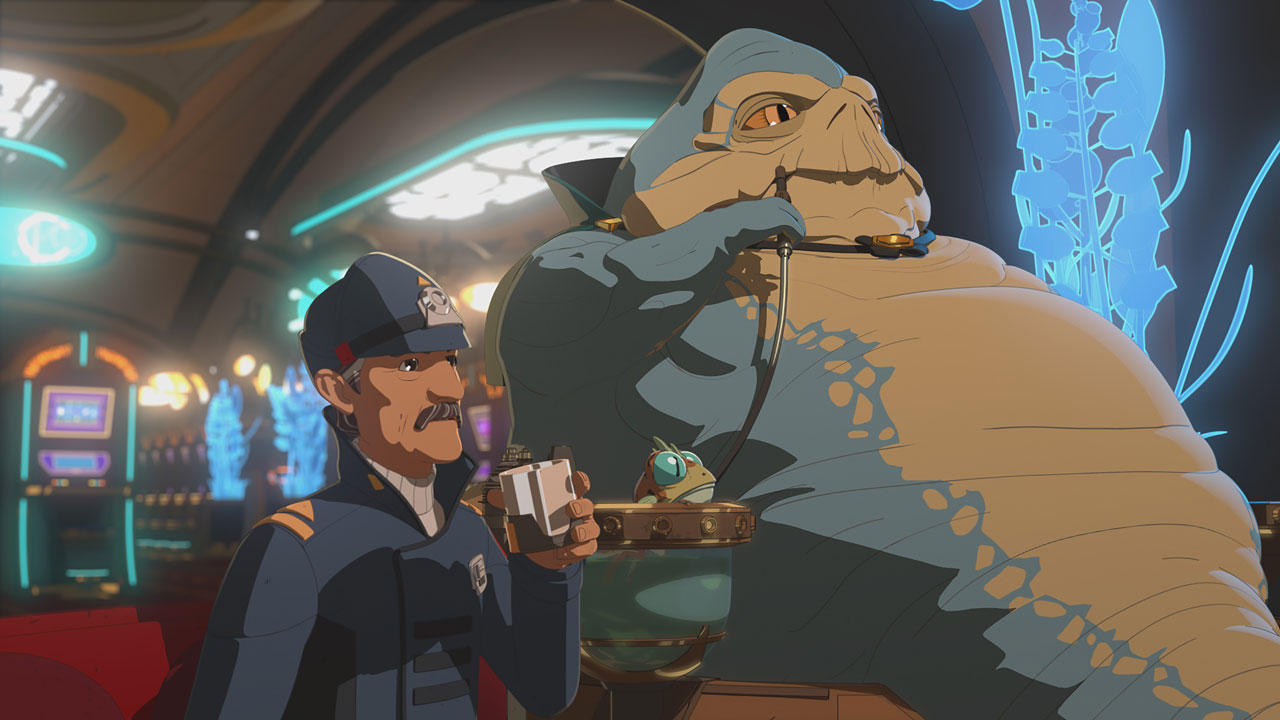