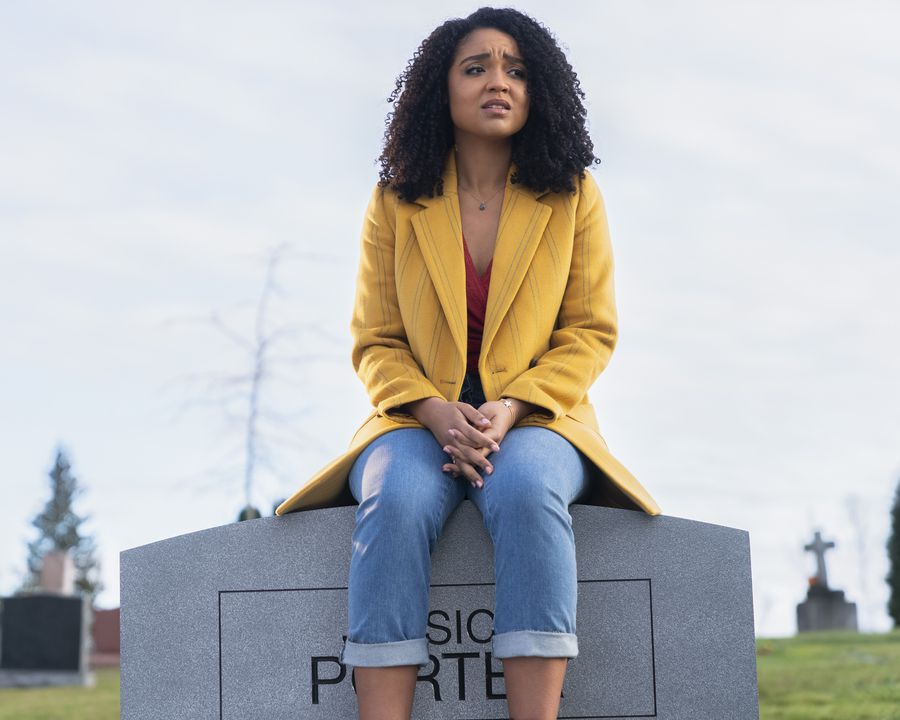 It was Charles Dickens who made ghosts synonymous with Christmas and the inspiration of A Christmas Carol has paved the way for many beloved holiday stories that feature the afterlife as a centerpiece. Freeform’s newest original holiday movie is about a young dead woman who has to learn the meaning of her life in order to move on in Ghosting: The Spirit of Christmas.

Actors Lisa Kudrow (Touchstone’s Romy and Michelle’s High School Reunion) and Dan Bucatinsky (ABC’s Scandal) serve as Executive Producers. I’m a big fan of both of their work, so I went into Ghosting with higher than usual expectations for a Freeform movie. I was hooked from the start and love the way the story unfolds. The film references It’s a Wonderful Life and it has a similar message delivered in a way that feels fresh and new. Jess (Aisha Dee, Freeform’s The Bold Type) lives with her best friend Kara (Kimiko Glenn, Disney Channel’s Ducktales) in a symbiotic friendship. On the way home from her first date with Ben (Kendrick Sampson, ABC’s How to Get Away With Murder), Jess gets in a fatal car accident while checking her phone. Now she’s stuck on earth unable to move on to the next realm and the only people who can see her are Kara and Ben.

The title comes from the term “Ghosting,” an expression for someone who doesn’t follow up after a date, and the film plays with that for a brief period of time after Jess’ death. There are some genuinely funny moments of situational comedy and Aisha Dee is so charming that it’s easy to get wrapped up in Jess. Kimiko Glenn also does a remarkable job with a character that could be uncomfortably quirky in the wrong hands, but is nothing but lovable in her hands. And Kendrick Sampson’s effortless charisma make it easy to understand why Jess is so hung up on him after just one date. Missi Pyle (Fox’s Dodgeball) also has a small but mighty role as a spiritual advisor that Kara uses. 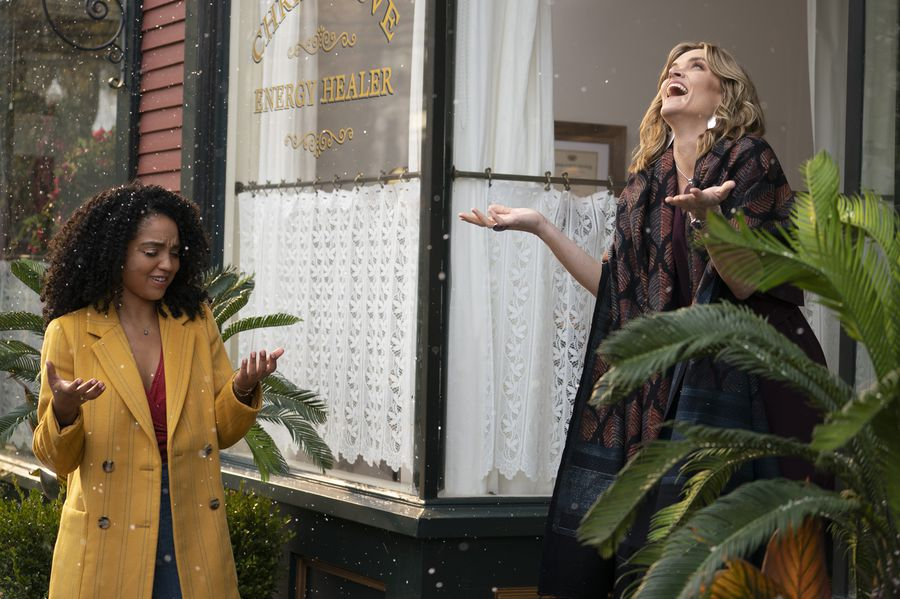 Freeform’s TV movies often try hard to be funny and rarely are, but Ghosting has some genuine moments of comedy. It also takes its time building towards a heartwarming resolution, never taking a cheap route to an emotional message. Despite being about death, it also never gets too dramatic with that theme. When Jess steps out of her body, she has a brief “Oh man” moment and then moves on, never dwelling or wallowing over her own passing.

The fact that Ghosting: The Spirit of Christmas takes place at Christmastime feels a little irrelevant until the end. Holiday decor exists in many scenes, but you almost forget that it’s a holiday film until the third act, which is where the familiar themes of A Christmas Carol and It’s a Wonderful Life find a home in this story. The film doesn’t beat its message over your head, but it’s a nice reminder of the most important gift you can give at this time of year. 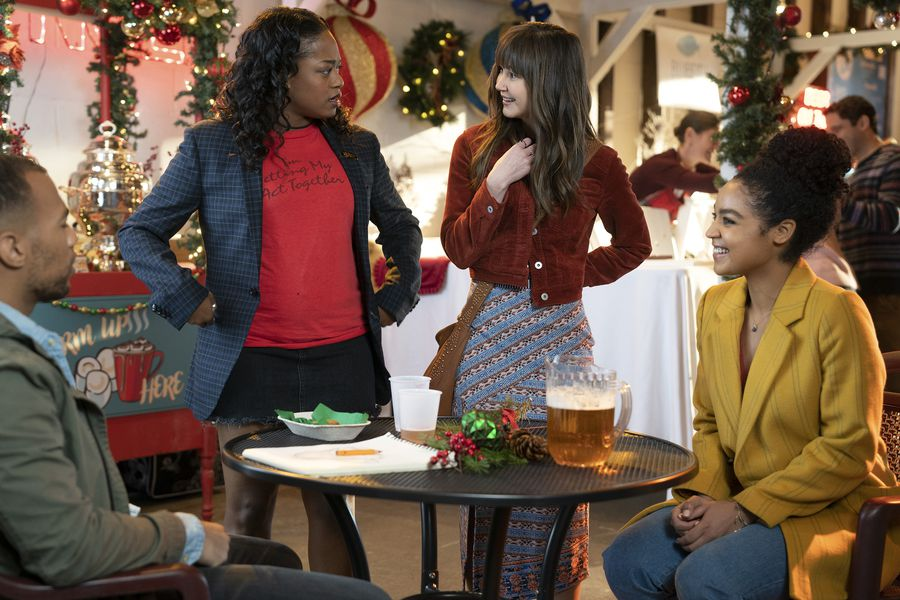 Ghosting: The Spirit of Christmas is among the best holiday films ever made for Freeform and its previous iterations, Fox Family and ABC Family. The channel has produced some memorable films and some real stinkers, but this one is definitely worthy of two-hours of your time during this busy holiday season. It leaves you with a big smile on your face and warm fuzzy feeling.

I give Ghosting: The Spirit of Christmas 5 out of 5 saffron tea blends.

Ghosting: The Spirit of Christmas premieres on December 4th at 9:00 pm on Freeform.