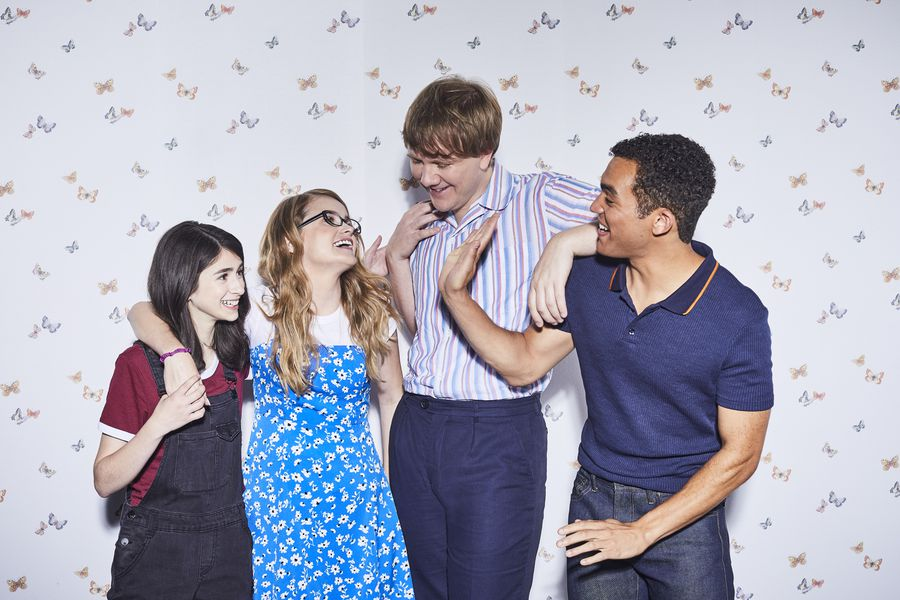 Freeform’s new comedy series Everything’s Gonna Be Okay is a little bit of everything all at once and somehow it works. Created by and starring Australian comedian Josh Thomas, the show follows Nicholas as he assumes new and unexpected responsibilities. After taking the world by storm with his previous series, Please Like Me, Freeform is likely expecting a new audience to follow Josh Thomas to the network with Everything’s Gonna Be Okay.

The exposition is a bit complicated, but it’s delivered in such a fresh and fun way that it doesn’t feel drawn out. Nicholas grew up in Australia with his mom and is about to end a visit with his father in California. His dad abandoned Nicholas and his mom when he was younger for another woman and he ended up having two daughters with her, one of whom is autistic. Their mother passed away some time ago and now Nicholas’ dad drops a bomb: He has a very serious and untreatable cancer and doesn’t have much time left.

That sounds like a lot of drama for a comedy and it sounds inconceivable when I say that the series doesn’t dwell on any of these and instead finds comedy in the situation of a twenty-seven-year-old gay man who never really grew up suddenly having to be in charge of his teenage half-sisters. With a new dentist boyfriend hanging around, hilarity continues to ensue in bizarre and unexpected ways. Australian comedies haven’t been as prevalent in the US as British shows and in my experience they’re a little more outlandish. I haven’t seen situational comedy this fun since Chris Lilley’s Summer Height High and its spin-off series Ja’mie Private School Girl. Everything’s Gonna Be Okay gets a little Westernized in comparison due to the California setting and largely American cast, but the relationships between the main characters feel unique and the inclusion of a highly functioning teenager on the Autism spectrum is something you rarely see.

Nicholas’ half-sisters are played by Kayla Cromer and Maeve Press. Kayla Cromer plays Matilda, the older of the two girls and the one on the spectrum. The actress recently revealed that she is also a person with Autism and the subject is handled with more care and authenticity than you typically find. Her sister Genevieve is just a few years younger but has her own challenges to work through.

While the situational comedy of Everything’s Gonna Be Okay is what first grabs your attention, the love and growing relationship between Nicholas, Matilda, and Genevieve is what keeps you coming back for more. There are plot elements that could be considered a drama, but the series never plays them as such. All the same, the heart of the show really lies in the way these three estranged relatives become a family after a tragedy. I give Everything’s Gonna Be Okay 5 out of 5 S Club 7 songs that harken back to the days of Fox Family.