Another openin’, another show! From East High School to…well, that’s it. We are back on campus after our jaunt the theater where Miss Jenn saw 3 rats fighting over a milk dud. An image I will never forget. Very similar to Carolyn Martens on Killing Eve watching a rat drink a Coke. Anyway, the cast and crew have returned to East High as Miss Jenn secured the use of the gym for an accidentally chic site-specific production of High School Musical. It’s all the rage now. Miss Jenn is just iconic, that’s all. 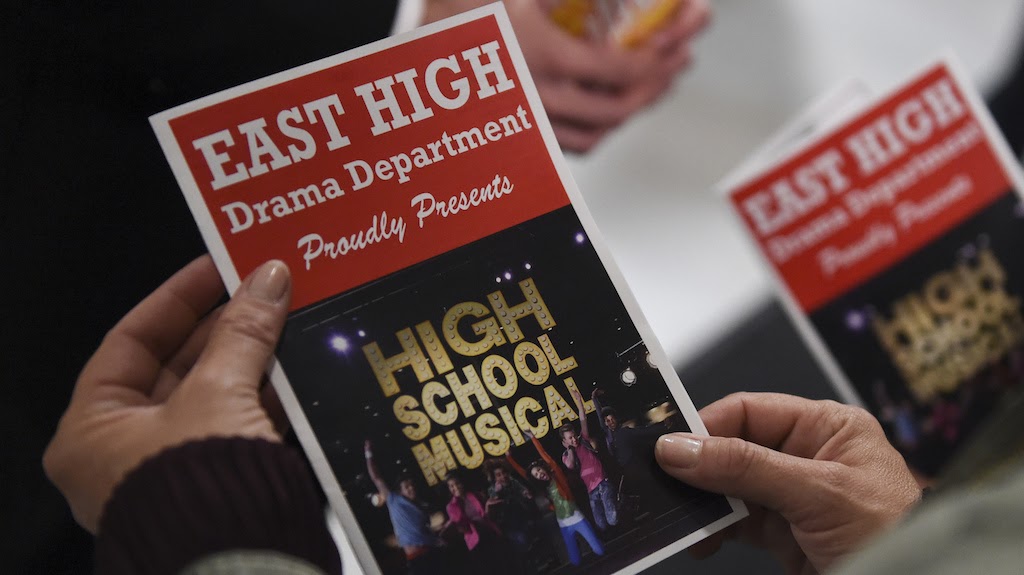 Nini and Ricky are preparing heartfelt gifts for each other (a song for Nini, which is very full circle, and dog tags for Ricky), but when they meet in person to hand them out, they both say what they think the other wants to hear. I fully screamed at my screen “GO BACK! YOU LOVE EACH OTHER!”, but then someone called the police on me for disturbance and I quickly calmed down.

Miss Jenn heads to the gym for a moment of peace and silence before the cacophony of song and dance later that day. She allows herself a moment to soak in the magic of the space before the show begins, which is beautiful. Ricky enters, with pre-show jitters, followed by Nini. Miss Jenn has an analogy that features a blueberry muffin and South Pacific that is legendary in hopes to help their jitters…and it does? Maybe? It was bizarre, so who knows if it did anything other than make them crave breakfast pastries.

We fast-forward to moments before the show and Courtney is going on for Gina. The stress is, understandably, strong and present. Miss Jenn assembles the cast for a circle to get out the jitters, talk through the excitement, and walk them through a truly beautiful exercise of using words from the show to describe their feelings and hopes for the performance. This show’s embracement of theater, its power, and the community that comes with it is nothing short of powerful.

Nini and Ricky are getting ready with a clear connection reformed between the two, but still kept from each other. An original duet between the two plays as I am all…

The show begins and, after a few kinks, it is pretty darn great. Instead of having actual walking-and-talking space, they use a moving background of locker diagrams and it is so funny and so genius all at once, like Nanette. (Didn’t expect a Hannah Gadsby reference, did you?! I’m here to surprise!)

Courtney is doing well with the Taylor scenes, but with the dance coming up, her jitters are turned into full-on cold sweats. Out of the blue, Gina surprises the cast with cupcakes and everyone is shocked, myself included. She jumps in for the big dance number for Courtney, much to Courtney AND Gina’s delight.

Y’all, and then magic happens. “Stick to the Status Quo’ begins and I am gobsmacked. The choreography is amazing and the production quality for a performance moved to the gym quickly is amazing, but then Seb descends the stairs as Sharpay and, folks, I haven’t stopped crying? His voice is incredible, his performance is legendary, and the lift that he is involved with snatched my wig clean off and it flew all the way to Arkansas. Seb’s knives are OUT and his gems are UNCUT. If I was younger and saw Seb (aka Joe Serafini) performing as Sharpay, the confidence I would’ve felt to be my true self would’ve been astronomical. It was emotional to watch in all the best ways. 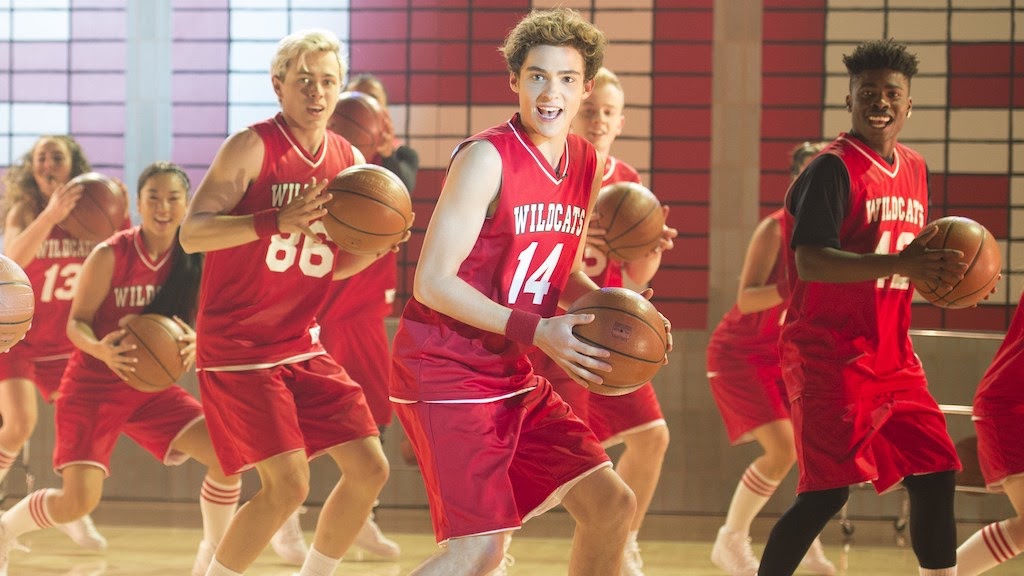 “Getcha Head in the Game” is next and they are firing on all cylinders. Everyone’s choreo is crisp and meticulous and the singing is great. Ricky is loving being a part of this until he’s lifted in the air on a harness to sink one last basketball (You know where I think Carlos got the idea for this choreography? Ivo Van Hove’s West Side Story), but his mom’s boyfriend, the personally hated TODD, walks in late. Ricky catches him kissing his mom and the mood changes immediately. He forgets his lines, the dance moves, and leaves the stage in a huff. He knows he can’t continue this way, so he hands off the jersey to EJ for Act 2. Will EJ lead the show to a victory? Will I still be crying over Seb as Sharpay? We’ll find out during the season finale next week!