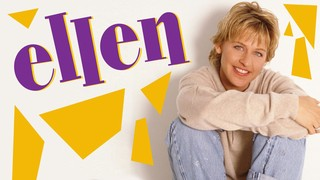 As a well regarded comedian, Degeneres received her own sitcom in 1994 on ABC produced by Touchstone Television. The series was a big success, running for four seasons. It even produced a theme park gift shop with the “Buy the Book” store at Disney/MGM Studios in 1996 inspired by the store Ellen owned on the show. Ellen also starred in a Touchstone comedy in 1996, Mr. Wrong.

That same year, Ellen became the star of an attraction called Ellen’s Energy Adventure at Epcot, a replacement for the Universe of Energy. The attraction co-starred Bill Nye (the “Science Guy”), Jamie Lee Curtis, and Alex Trebek, host of Jeopardy, the TV game show that Ellen found herself in a nightmare during the attraction. The ride used a mix of projection and animatronics to tell a fun story about energy. It closed in 2017 to make room for the upcoming Guardians of the Galaxy attraction. 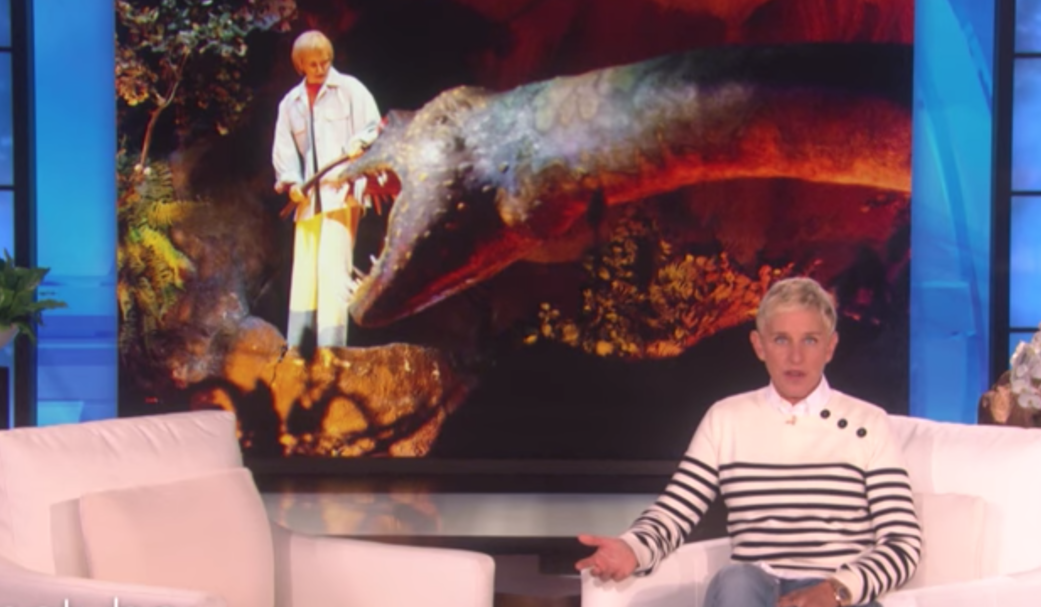 Ellen was a trailblazer for the LGBT community, the most high profile female celebrity to come out of the closet, which she did on Disney Legend Oprah Winfrey’s infamous talk show in 1997. In turn, Oprah appeared on the Ellen sitcom as a therapist to whom Ellen Morgan comes out to. The controversy at the time lead to a ratings decline and ultimately the cancellation of the show. Ellen’s real-life coming out concerned the Walt Disney World publicity team at the time of the opening of Ellen’s Energy Adventure. In her book Love, Ellen: A Mother/Daughter Journey, Betty Degeneres recalls the heartbreak Ellen experienced when she was asked not to attend the grand opening of the attraction.

Pixar’s Finding Nemo brought Ellen back to the spotlight as the voice of Dory, the blue tang with short-term memory loss in 2003. Following the instant success of the film, HBO asked Ellen to produce a stand-up comedy special called Here and Now that was so well received that Warner Bros. sought her out for a new syndicated daytime talk show, The Ellen Degeneres Show, most commonly known simply as “Ellen.” While produced by Warner Bros., Disney Destinations are often given out to guests on the show as a surprise. The long-running talk show has won a total of 61 Daytime Emmys to date. In 2014, Ellen Degeneres returned to ABC to host the Oscars. 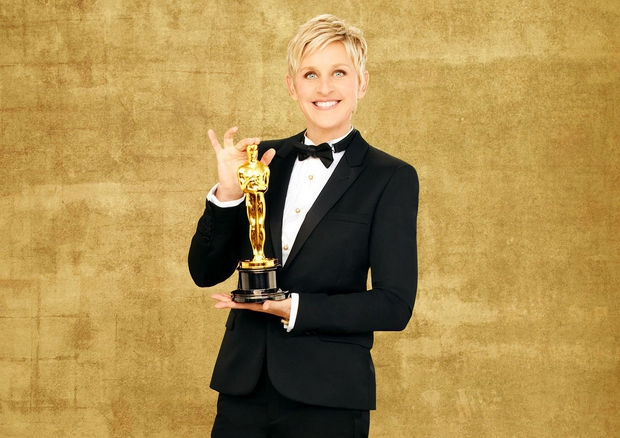 Through her talk show, Ellen would frequently make a joke out of campaigning for Dory to get her own film. It became a reality in 2016 with Finding Dory, a well received Dory-centric sequel to Finding Nemo. Tonight we celebrate not only Ellen Degeners’ trailblazing career in television, but also in Disney films and theme parks.