When Lucasfilm wiped the Star Wars Expanded Universe canon clean after its acquisition by Disney, a big (thirty-year) chunk of Luke Skywalker’s life became a mystery. Eventually, as the sequel trilogy rolled out accompanied by a variety of ancillary stories set in the same time period, holes began to get filled in– we saw the circumstances under which Luke and his padawan Ben Solo parted ways via a flashback in Star Wars: The Last Jedi, for example.

But now, after the release of Star Wars: The Rise of Skywalker, the secretive story of that sequel trilogy is complete, and we can start to expect many of those uncharted gaps to be explored via novels and comic books. One such comic, Marvel’s Star Wars: The Rise of Kylo Ren, is already currently underway and sheds light on perhaps the most consequential event during that era– Ben’s turn to the Dark Side of the Force. In The Rise of Kylo Ren #2, which came out this week, we learn more about Ben’s relationship with Snoke, as the mysterious being begins to show his true nature to the young Jedi-in-training just after he left Luke’s temple in smoldering ruins. Snoke wants the son of Han Solo and Leia Organa to abandon his birth name and claim a new title for himself, and Ben thinks the Knights of Ren represent a good place to start. We then flash back to years earlier, when Ben and Luke accompanied Lor San Tekka (the enigmatic character played by Max von Sydow in Star Wars: The Force Awakens) to an ancient Jedi outpost stocked with artifacts from a bygone age. We also get a tease of something called the High Republic Era (only ever mentioned once previously, in the Star Wars: Count Dooku audio play)– a period that saw “greatly expanded Jedi activity throughout the galaxy,” according to Lor. Current rumor has it that we’ll be learning a lot more about this era in future Star Wars media. Regardless, before the group begins to collect the Jedi relics, they encounter the Knights of Ren, and Luke must face off with these menacing warriors while Ben protects their friend. Naturally, the Jedi Master holds his own, but the Knights leave a lingering doubt in the young padawan’s mind, which at that point was already in the process of being corrupted by the voice of Snoke. 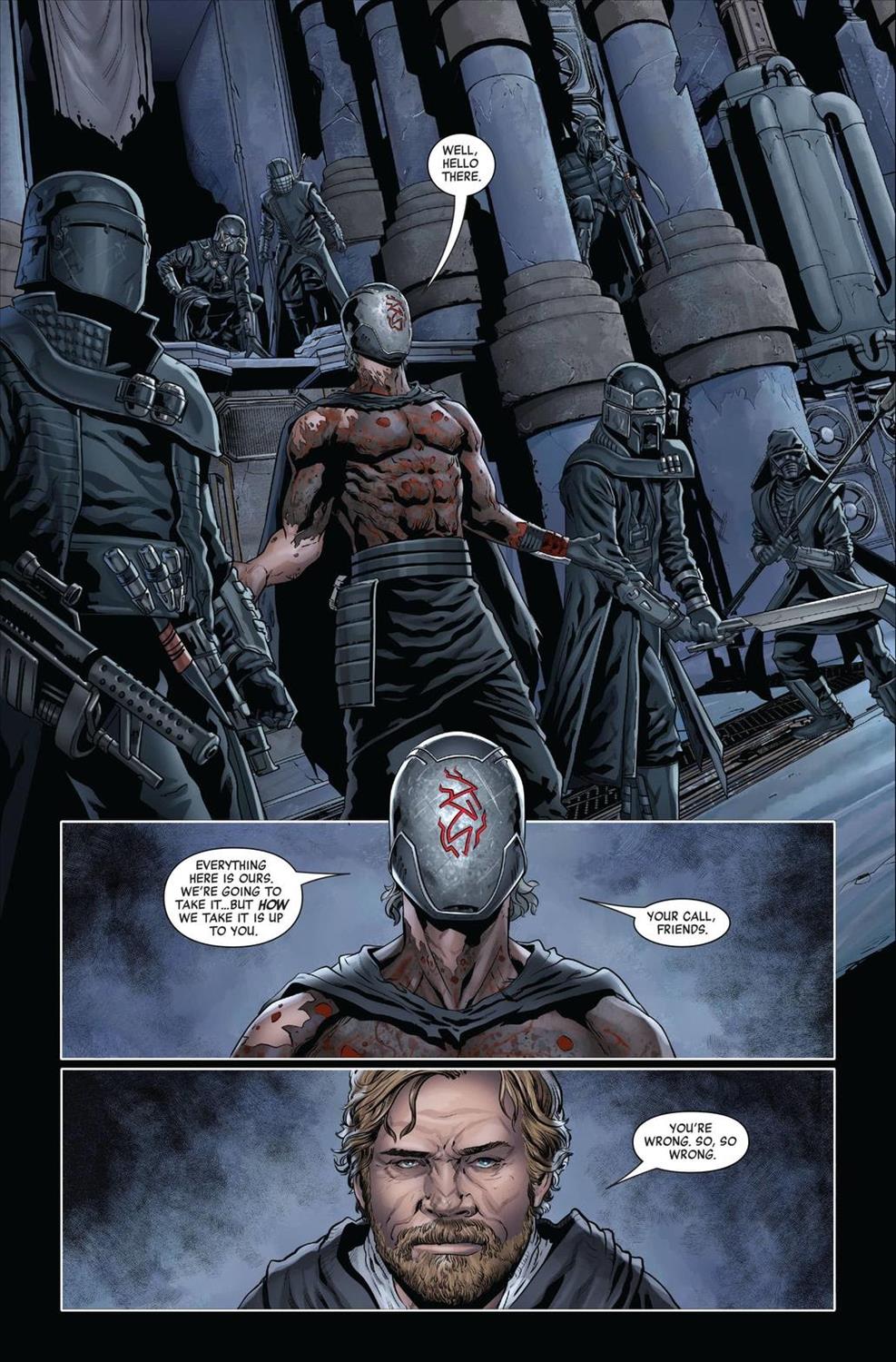 It’s kind of funny that we get to see Luke kicking so much butt here at the arguable height of his Jedi game, in the pages of a comic book, after a lot of fans complained about that specific thing being absent from the sequel movies– Force-projection battle from The Last Jedi aside. I’m not particularly bothered by either, though I will say watching Luke take on seven Force-wielding baddies and absolutely mop the floor with them gave me a giddy thrill, even in the sequential art format. And proficient writer Charles Soule (Star Wars: Darth Vader – Dark Lord of the Sith) injects just enough impudence into Luke’s bravado to plant the seeds of doubt for where his plans for a New Jedi Order may eventually go awry. 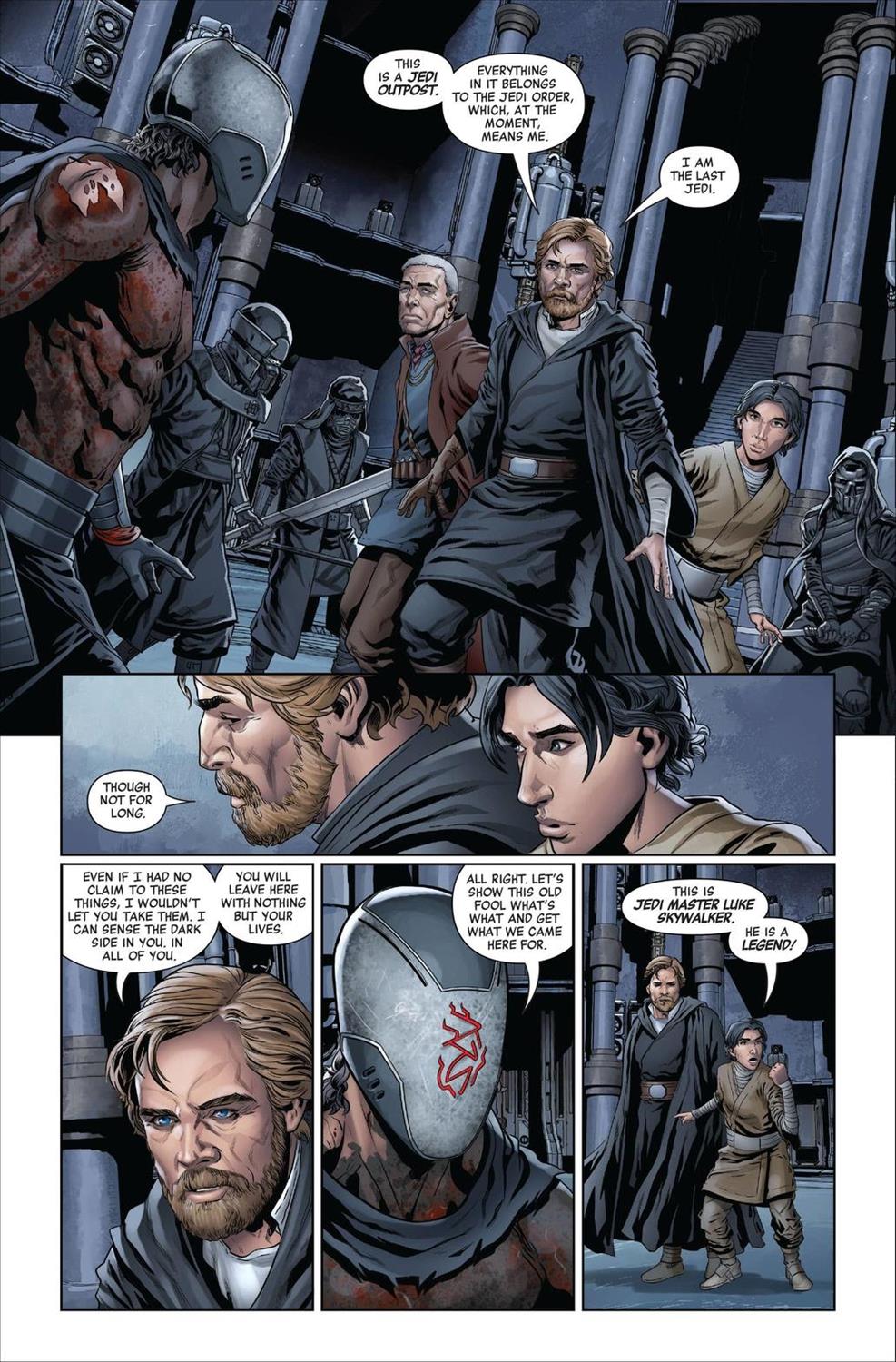 Soule and gifted artist Will Sliney (Star Wars: Jedi – Fallen Order: Dark Temple) continue to evoke the perfect moody atmosphere for this tale, and their collaboration serves as a great example of how Star Wars can thrive just as well in the comic book medium as it does on the big and small screens. It’s almost a shame that this miniseries will only run for four issues, but I have every confidence they had the ideal pacing and structure calculated, and that there will be more to come from these creators in A Galaxy Far, Far Away. For now, I’m extremely excited to see how the rest of this story plays out over the next couple months. 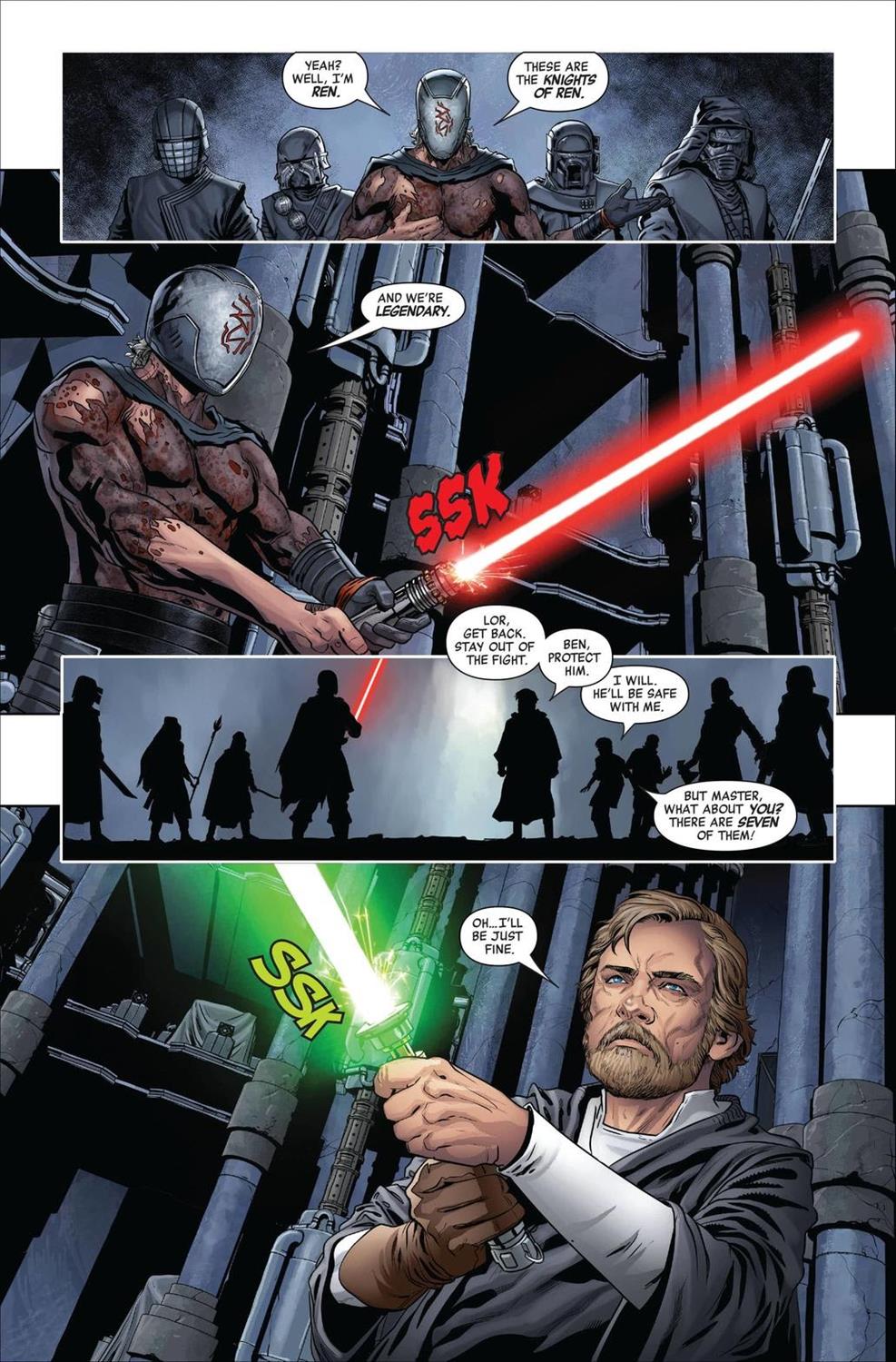 The first two issues of Star Wars: The Rise of Kylo Ren are available now, though they have been selling out at many comic book retailers– so if you happen to see a copy on the shelf, grab it!