It’s time for act two and it’s a true cluster backstage at East High. Ricky has vanished, after giving the reins of Troy to EJ. Thus, Carlos is going on for Chad, broskies. He asks for a prayer, and to be honest, I may have paused the show and said a silent one to all major deities. Gina has officially taken back the part of Taylor from Courtney. With all these casting changes, you’d think this was a new season of Bewitched. Or Roseanne. Or [insert other popular sitcom who has recast series regulars with no explanation to the audience]. The poor audience of East High is probably so confused and I love it. Ricky is stressfully pacing in the hallway after witnessing the unveiling of Todd (his mother’s boyfriend) in the middle of the show. He tries to call Nini…who is currently on stage…and she doesn’t pick up. (Dude, have some common sense?) His mom finds him in the hallway and the exchange…isn’t ideal. Honestly, I’m on Ricky’s side during all this. Why did Todd come during the middle of the show, with no warning, and allow Ricky to see him and freak out? A big no-no all around.

During Ricky’s off-stage breakdown, Nini is on-stage being completely thrown for a loop. She is constantly watching for the dean from the conservatory in the audience, hyper aware of the performance she is giving. On top of that, he scene partner has randomly changed with no warning other than the aura of EJ’s vain tendencies preceding him as he enters the stage.

Gina finds Ricky in the hallway and he explains that while the Todd conundrum is a major part of it, he also doesn’t want to screw up Nini’s performance. He wants to let her have the spotlight. While that is a beautiful and sweet sentiment, you allowing for a change in casting halfway through the show isn’t going to help that, bucko. Get back to your girl! Gina and Ricky head back in to cheer on the final number from the audience, but that plan changes mighty fast. Nini and EJ begin to sing “Breaking Free” and Nini doesn’t feel right. EJ does the right thing, for once, and allows for another casting change, this time mid-performance. What is this? IVO VAN HOVE’S WEST SIDE STORY?!

Nini takes charge and sings to Ricky (!) and she crosses the entire gym to meet him in the back and let the performance flourish. Y’all, it’s good. Their voices are lovely together, there is love in the air, and it makes me fully comprehend just how lonely and shuttered I am. Cute! As Gina commends EJ for taking a step back, she also thanks him as he paid for the plane ticket to get her back to East High! EJ, look at you, boo!

Bows take place and they are legendary. I’ve seen Broadway shows with less technical and more mundane bows than these. Double Taylor bows! Robotics-sticker-confetti canon! Miss Jenn reciting her legendary line “Is that the last apple?”! It’s all amazing.

The Dean for the conservatory leaves during bows and Nini is a little thrown, but realizes that she is totally happy being at East High. Ricky heads to her dressing room to discuss the night and ask the immortal question “What happens now?” Just as Nini is about to walk away, Ricky screams “I love you!” and the mood completely changes. He goes into a heartfelt and sincere speech about how he’s regretted not saying those words since that night at her house and he wants to prove that he can be good to her. They kiss. I scream. They exchange opening night gifts. I cry. They are a pair. I am lonely. Everything is right in the world. 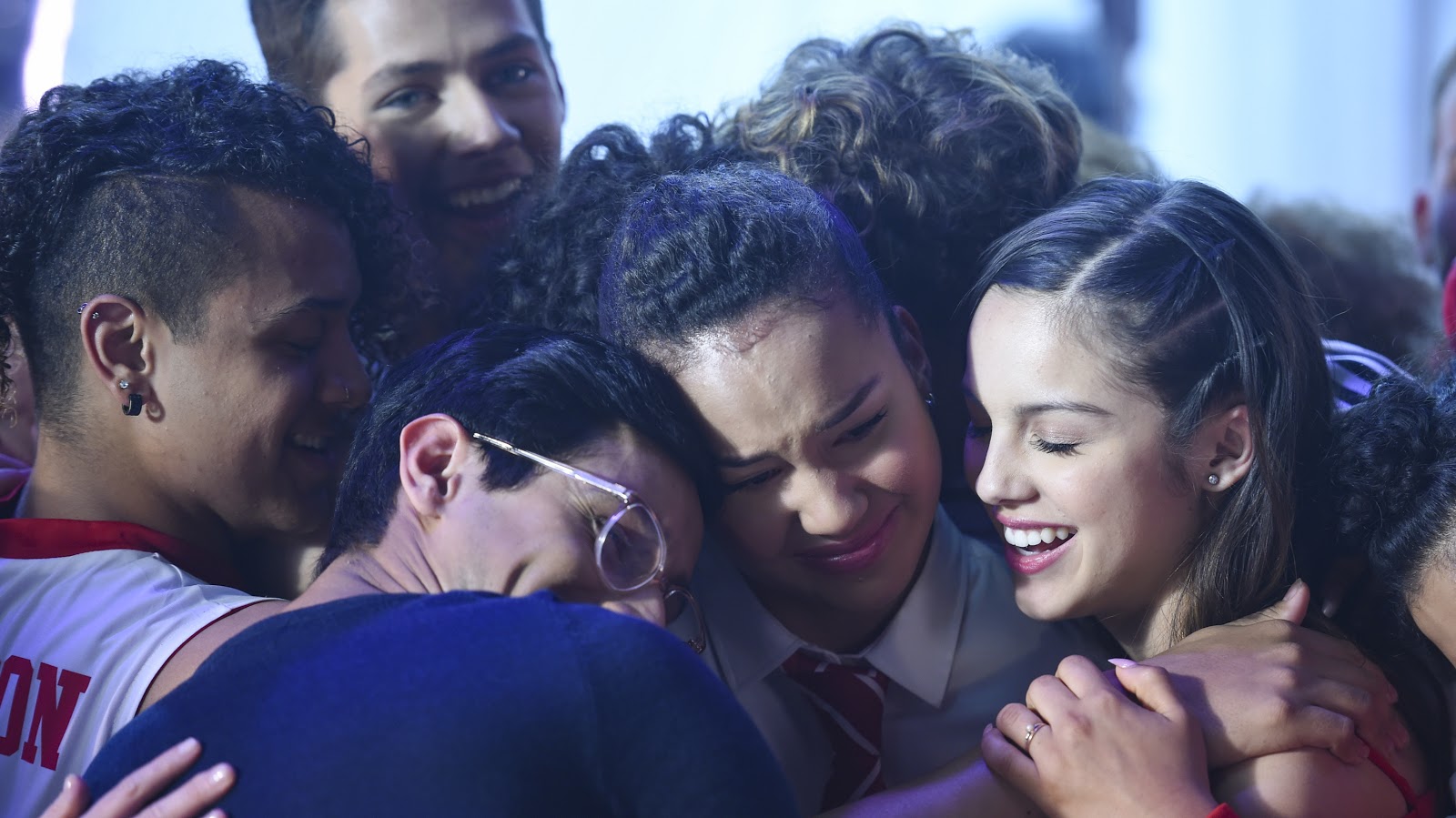 Within the last 2 minutes, we get a multitude of cliffhangers to take us into the break before Season 2. The large bouquet of flowers from last episode? They were given to Ashlyn by Big Red! Miss Jenn and Mr. Mazarra were called out by the principal as the perpetrators of the fire in the theater! Nini was offered a spot at the conservatory! This is all too much. Thanks goodness we get to head back to East High next season. Until then, keep ya head in the game, Wildcats.