Comic Review – “Guardians of the Galaxy #1”

Thanks to the Marvel Cinematic Universe, the Guardians of the Galaxy have become some of the most popular characters to grace the pages of a Marvel comic book. So naturally, when the team of heroes get their very own new series, Marvel fans are going to take notice.

The Guardians have been fighting for a long time and right now they’re looking to take a break. Unfortunately, for them the galaxy still needs some guarding. A new threat presents itself and an old friend calls on them for help. They wouldn’t truly be guardians if they didn’t step up, right? 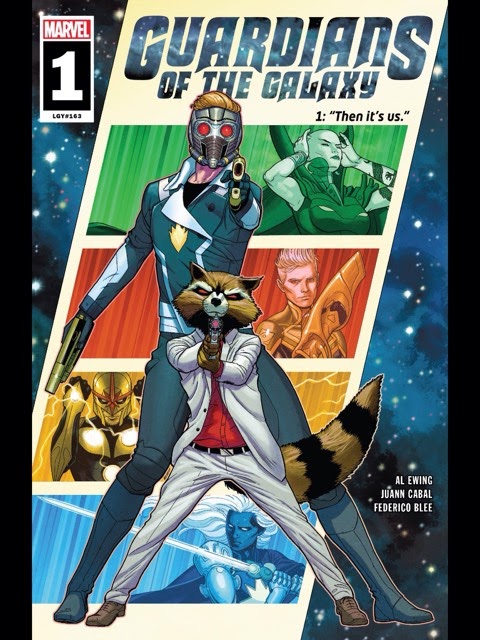 The happy, relaxed team is enjoying a family meal when they’re approached by Nova with news of a dangerous new threat. His attempt to get them back into the game his met with some contention from Gamora, but some of the team is willing to help.

It’s nice to see a new series with most of the popular lineup from the movies. Sure, Mantis is missing and instead we have Moon Dragon and Phyla-Vell, an alternate reality Captain Marvel, but all the favorites are there. Plus, mixing in other favorites like Nova and a few others who join later makes for an interesting dynamic for the series moving forward.

The two major Guardians this first issue focuses on are Star-Lord and Rocket. The two join Nova’s new team on a mission to stop some seemingly resurrected gods from Earth. It sounds ridiculous, because it is and that’s exactly why these two Guardians are the perfect ones for the job.

Star-Lord and Rocket are bit thrown off when they meet the new team. As you would expect, hilarity ensues.

The scope of this new series and the looming threat are really defined by a speech from a seemingly mentally broken down Nova, who literally crumbles into the fetal position while describing the current situation. The landscape of various intergalactic civilizations is laid out, foreshadowing a potential future story arc. But first, this new team has some gods to take care of. I’m kind of torn on the villain of this issue. A seemingly reincarnated Zeus and his following of other Greek gods have been traveling the galaxy in a flying city that can pop in and out of the dimension as they please. Dangerous? Sure, but I’m very curious as to their motive and/or who may be pulling their strings. As of right now, I’m not totally sold but I think this could be a very interesting story moving forward.

One thing’s for sure though. They are more than enough for our heroes to handle. As you could probably guess, the first issues culminates in a clash between Nova’s new team and these gods and it does not go so well for the heroes. 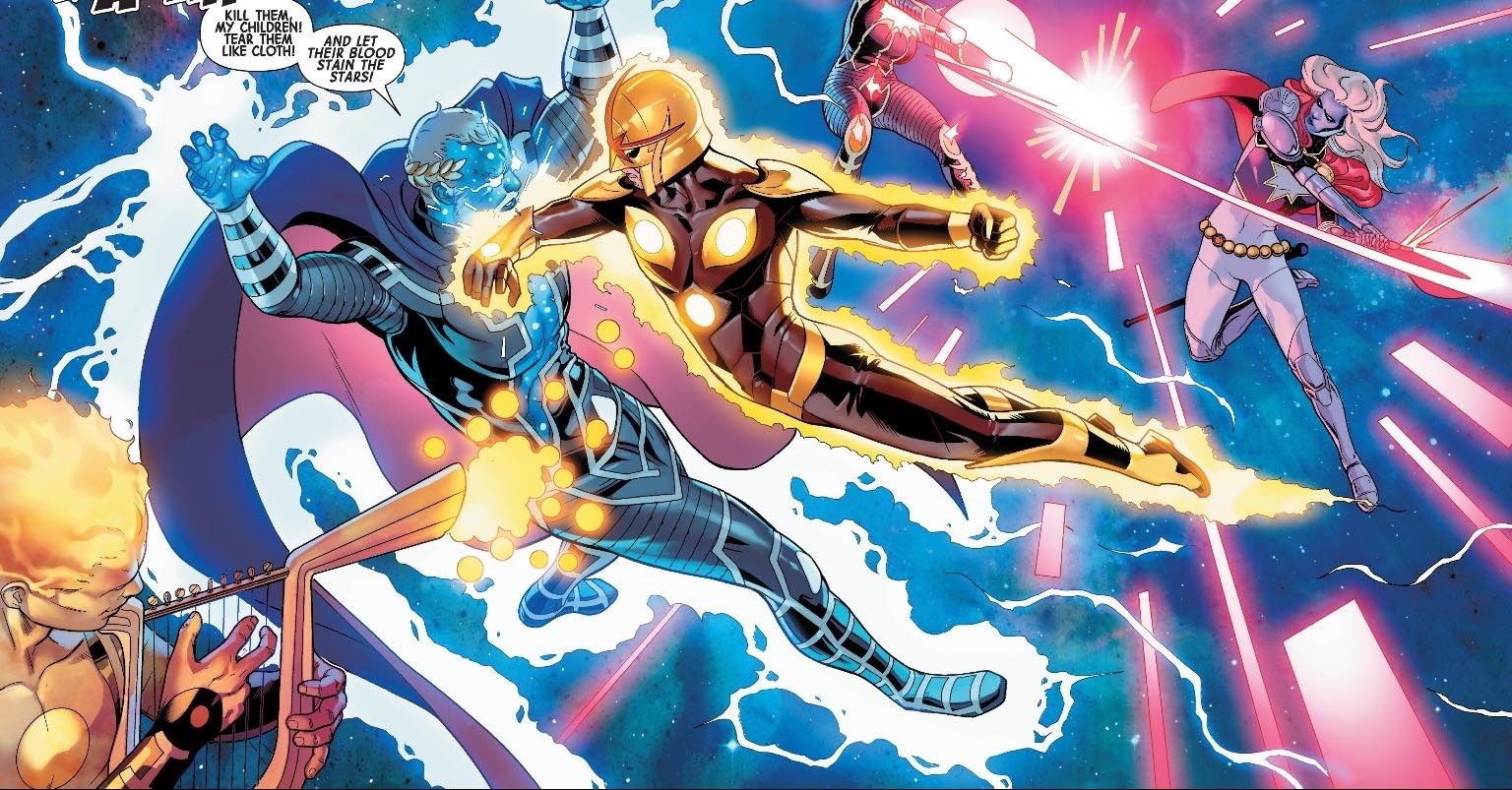 Of course, the issue leaves us with a cliffhanger and more than enough reason to continue reading this new series. I won’t get into too many details but I am very interested to see what the lineup looks like for the Guardians of the Galaxy by the time this series is over.

Overall, this is a fun first issue to what could be a great new series. There is a fair amount of context from past comics that is brought up, mostly pertaining to Nova, but if you’re at least familiar with most of these characters (and if you’re reading this, you probably are) then you shouldn’t have much of a problem picking up what’s going on. If you’re a fan of the Guardians and you want to read some more about them, I would definitely recommend this new comic.

“Guardians of the Galaxy #1” is available now.