It’s time to head back to Miami for your 60-second recap. We’re back with Elena immediately after the bombshell of seeing her mom with Sam. After a recap of the pilot that shows how minuscule the stakes are and the return of the opening credit sequence that doesn’t match the show, we jump back into the plot. 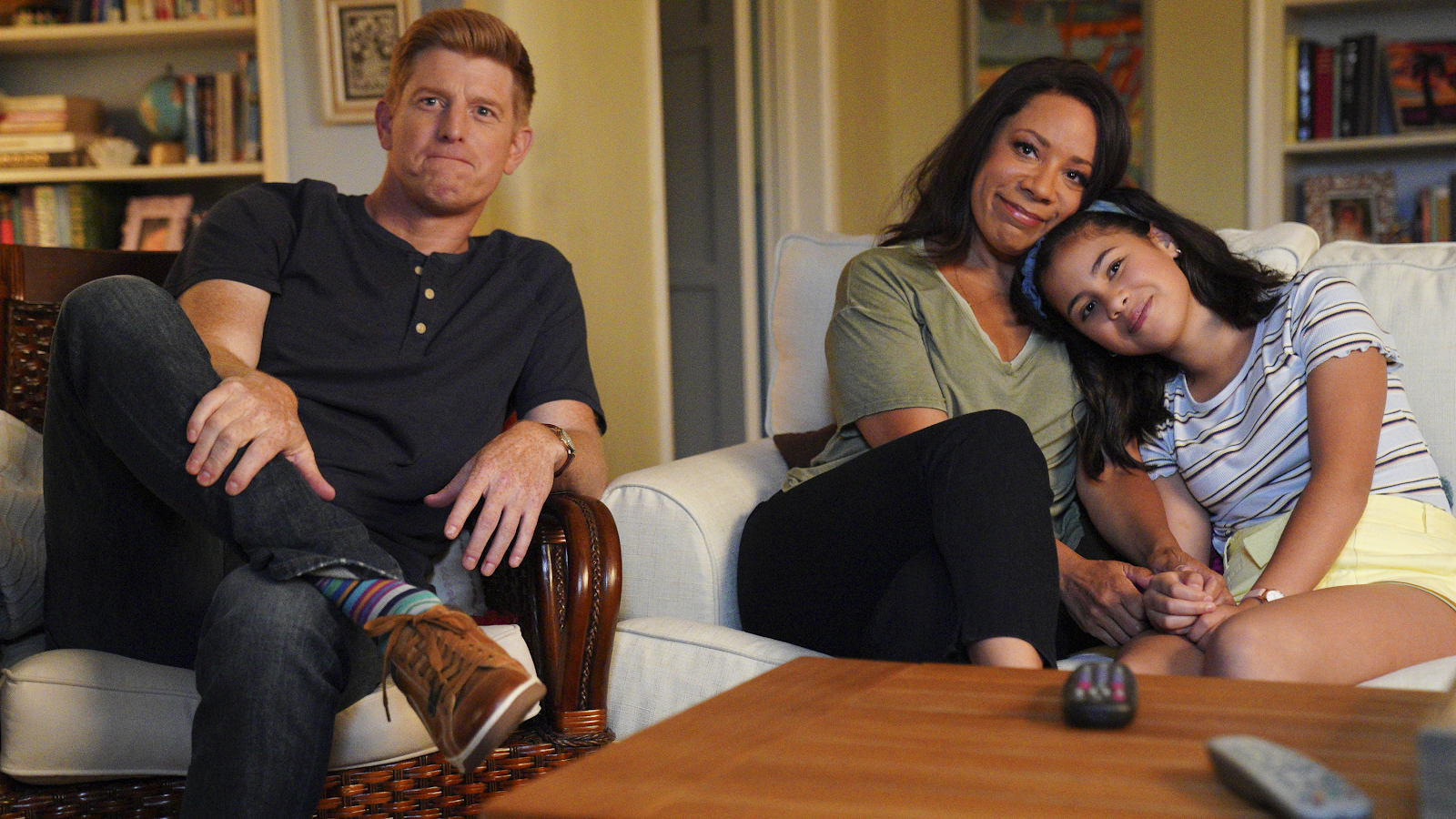 Elena goes full Frost/Nixon on her mom, grilling her on every facet of the new Sam relationship. Sam and Gabby met after he wrote a cease and desist against her eating his yogurt. After questions about his pets, his priors (relationships, you evil beings), and the level of love her mother has for Sam, Elena gives the approval to continue with the relationship.

Sam proceeds to welcome himself into the family with daily breakfast visits, where he proceeds to say the line “Bees can’t live in Sedona.” He’s trying to come for High School Musical: The Musical – The Series’ Miss Jenn and her already iconic “Is that the last apple?!” and I won’t have it. Miss Jenn only. Elena also shades Brigadoon by calling it “a musical about fog” and I fully guffawed.

Elena fixes the sink like The Fonz, but when Sam fixes it like an actual plumber, she becomes angry. The sink was her thing. HER THING! She tries to gain family credit by picking up donuts for everyone, but Sam has already made eggs. Elena is having problems with all this change.

CUT TO: Bobby is feeling the same way! A new student, Liam, sign-ups for tennis tryouts, where Bobby is all but certain he will be the best player for the new season. Instead, Liam shows him up. Bobby is hurt plans on a water balloon attack towards Liam to seek revenge. Gabby yells at a sandwich place because they can’t take her order. Sure.

All of these things come together in paired-off heart-to-hearts to get out everyone’s anger and aggression.

When Sam starts answering her favorite category during a Jeopardy stand-in, Elena flips out. That was her last straw. She rides back to the donut shop where the man behind the broken drive-thru speaker is, seemingly, her dad. She expresses her stress over the new situation to Dad-like-drive-thru-stand-in. Her mom frantically finds her and they discuss the changes and how changes can be good, but they take time.

Sam, on the flip side, confides in Bobby’s tennis stress and helps him understand that sometimes things don’t go how you plan, but that doesn’t make you a lesser person. Bobby runs to stop the Liam prank, before Liam says the a-word and I scream “WHO IS THIS SHOW FOR?!”

Elena finally understands the power of change and there is nary a mention this episode that she becomes the President. Cool.

TIME. We just got through episode 2, so study up before the chapter 3 quiz next week.