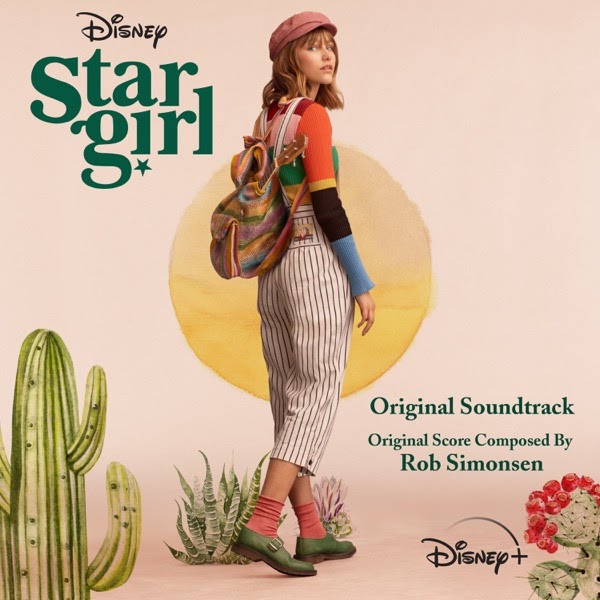 Grace VanderWaal has released her original song from Stargirl ahead of the film’s March 13th Disney+ premiere. The song is called “Today and Tomorrow” and plays during the end credits of the film. It’s a slow ballad that is hauntingly beautiful.

Sung in almost a whisper, Grace VanderWaal’s voice sounds wise beyond her years. The lyrics that talk about two individuals who were once so close they felt like one person and will never see each other again. The only instrument on the song is Grace’s ukulele. In spite of this, it has a very rich and full sound for such an acoustic release.

“Today and Tomorrow” is the first track off the upcoming full Stargirl Original Soundtrack. If it includes all of the songs from the film, it should also include Grace VanderWaal’s cover of a classic song by The Beach Boys called “Be True to Your School,” which has been used in some of the previews. She sings it twice in the film, once with just her ukulele and again with a full marching band, but the soundtrack tracklist is not yet published. She also sings an acapella version of “Thirteen” by Big Star as a duet with Graham Verchere in the film, which likely won’t be on the soundtrack as it was sung live between the two of them on a set.

It’s not often that a promotional single is released for a Disney+ project, which makes this early release of “Today and Tomorrow” feel extra special. Grace VanderWaal’s diehard fans will likely fall in love with it as they eagerly wait for the film to debut next week, but I hope a broader audience of Disney fans give it a listen as well. It’s a beautiful song that encapsulates the meaning of this special film.

Fans can hear Grace sing “Thirteen” in our video from her Q&A and performance during the D23 Expo last August.