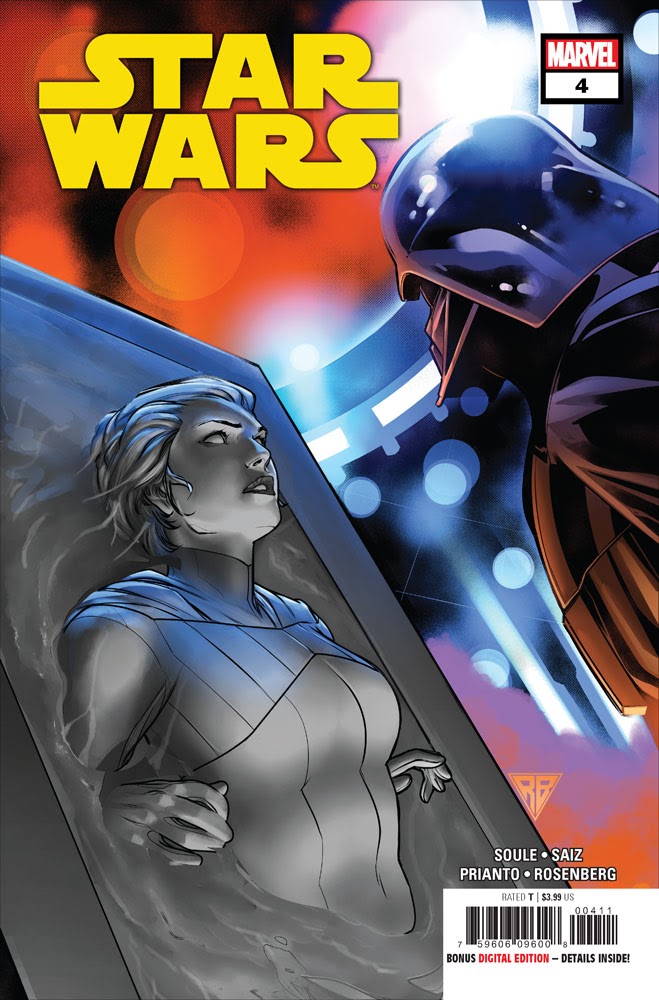 When it was revealed at the end of issue #2 of this current run of Marvel’s Star Wars comics that we would be exploring the story of what happened to Luke Skywalker’s lightsaber in the aftermath of his duel with Darth Vader in Bespin’s Cloud City, I assumed (as did others, I imagine) that the journey of the lightsaber itself would be the focus of this story. Issue #4, which released today, makes it clear that that’s simply not the case.

It turns out that the hooded figure we saw catching the saber two months ago is the important part of that image, and that Luke’s vision probably wasn’t a literal one. This installment sees Luke continuing his search through Cloud City’s trash processing room for his lost weapon, only to have the pursuit culminate in a revelatory reconnection with the Force– one that convinces him his father’s lightsaber probably isn’t worth obsessing over. Meanwhile, Lando follows through on the rescue of his old pal Lobot, using the cyborg’s implants to sabotage the Imperial stormtroopers who have been dispatched to capture the rebel intruders. And Leia finds herself frozen in carbonite, a setback that feels a little silly, but is over quickly enough considering Luke’s newfound heightened abilities after “working things out” with the Force. Our heroes fight their way out of Cloud City’s main hangar bay and even manage to save some of Bespin’s residents from Imperial oppression along the way, recruiting them into the Rebel Alliance. The standard cover of Star Wars #4 (viewable at the top of this post) is more than a little misleading, as Darth Vader doesn’t make an appearance in this issue outside of a quick cameo in Luke’s vision, and as far as we know he’s never even made aware of Leia’s predicament. But artistic embellishment in comic book covers for the sake of sales is something of a tradition, so we’ll have to forgive the powers that be for this one. Fortunately, the remainder of the comic is fantastically written by Charles Soule and illustrated by Jesús Saiz. It moves along at a brisk pace and keeps up the quality level we’ve come to expect from this supremely talented creative team. 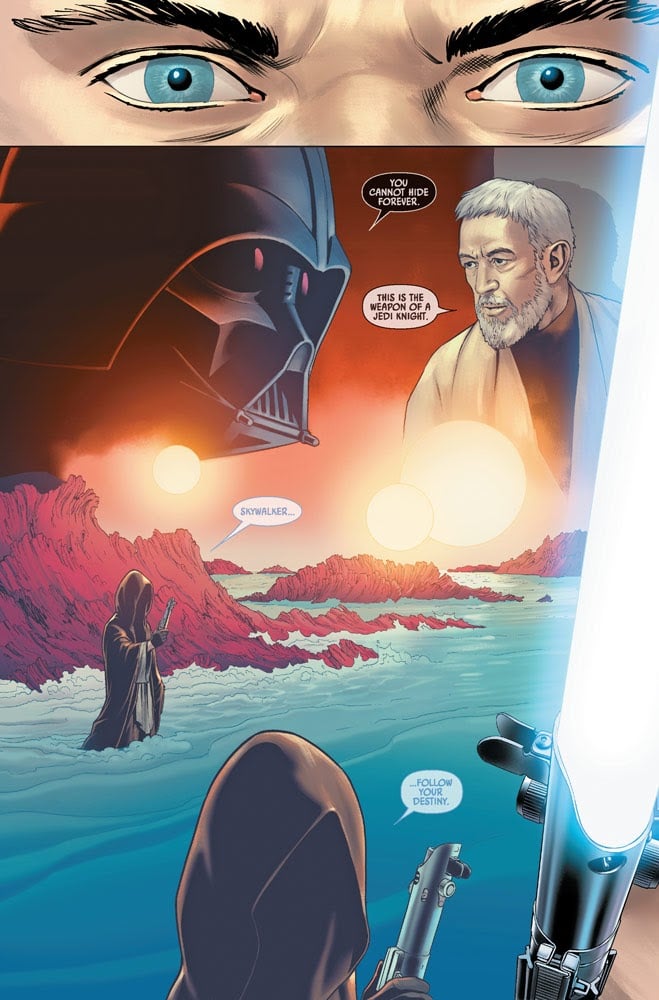 I do have to wonder what the implications are of Luke abandoning his quest in order to hunt down the cloaked figure– confirmed in this issue to be a woman– not to mention the revelation that Cloud City’s Ugnaught workforce discovered the Skywalker lightsaber not long after Luke gave up looking for it. Will we see where it goes from here on its eventual path to Maz Kanata’s castle on the planet Takodana in Star Wars: The Force Awakens? If I had to guess, I would say probably not, but I’d love to be pleasantly surprised on that matter. It’s “a good question for another time” according to Maz, but “another time” has to come around eventually, right? 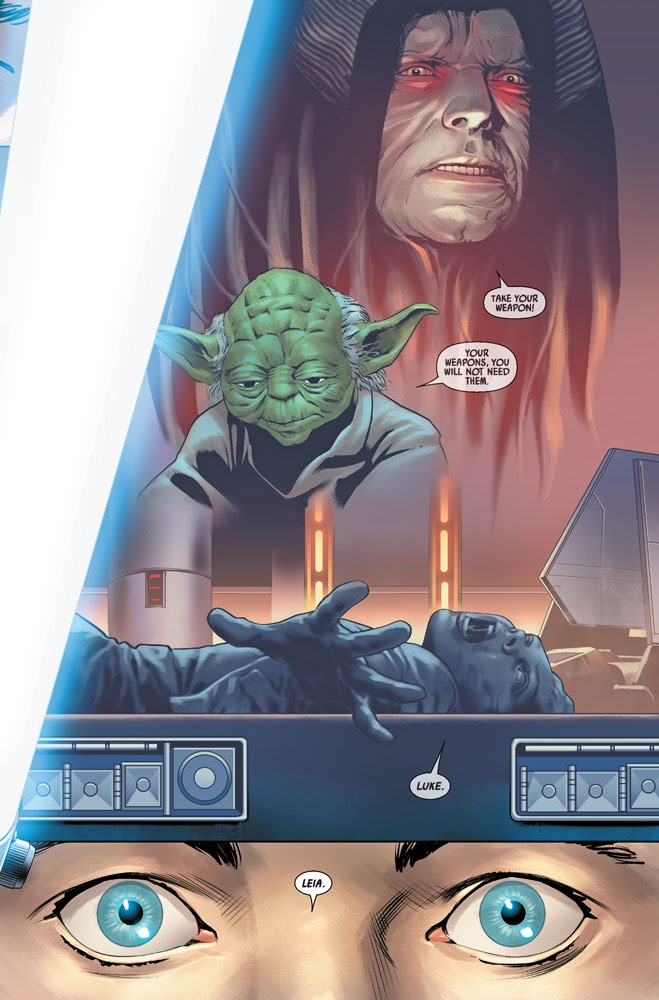 In the meantime, we’ll have to make do with Soule’s excellent characterizations of Lando, Luke, Leia, and hopefully more Lobot (how many more “L” names can they fit into this book?) as we follow Luke on a fresh solo adventure and the rest return to the rebel fleet. Who do we think this mysterious lady is? My money would be on Ahsoka Tano if her Togruta montrals were more pronounced under that hood, but at this point it’s still anybody’s guess. “Destiny’s calling,” says Luke upon departing Bespin, and we’ll find out where it’s calling him to next month. Star Wars #4 is now available wherever comic books are sold.