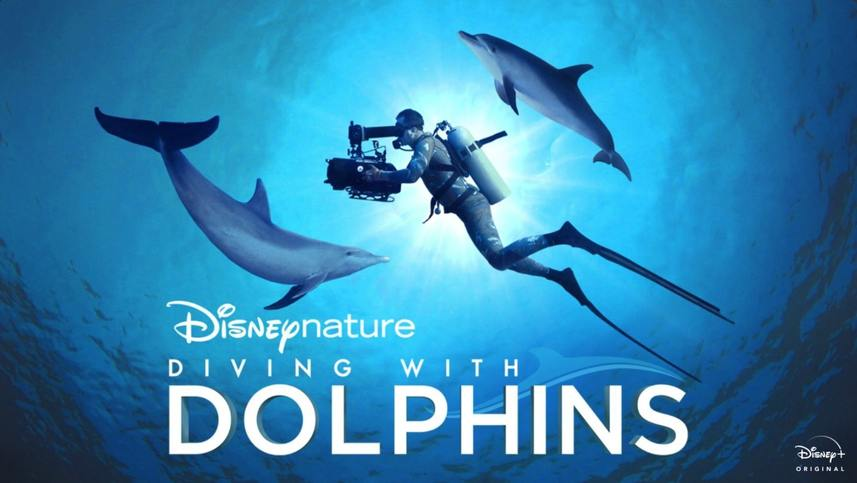 Disneynature Dolphin Reef ends with a few shots of divers capturing the footage from the film. If those brief moments made you want to know more about how the film was made, you’re in luck. Alongside the feature film, Disney+ has released a behind-the-scenes documentary for Dolphin Reef and two other films. Journey under the sea with the cinematographers and scientists who made Dolphin Reef a reality in Disneynature Diving with Dolphins

When you watch the finished film, it feels like all of the action takes place around one reef. In reality, filmmakers had to dispatch teams in oceans around the world to bring the film to audiences. Echo and his family were brought to Disneynature’s attention by  Dolphin Scientist Angela Ziltner, one of the few researchers who primarily works underwater. In doing so, she knows over two-hundred of the dolphins in the Red Sea and from there, the journey has only just begun.

It’s incredibly difficult to find underwater creatures willing to be filmed, one of the recurring themes of Diving with Dolphins. If they feel threatened or uncomfortable, they can swim away quickly. The longest search for a subject came off the coast of Hawaii with the humpback whale mother and calf in the film, as most whale mothers are overprotective of their young and don’t want a diver getting close to them. The search to find the new family was fun to watch.

One of the most jaw dropping moments in the film is a scene where a turtle gets trapped in an underwater catacomb known as “Turtle Cave.” It’s full of the skeletal remains of turtles that got trapped inside and this film shows a two-man diving team entering the dangerous area to get the footage used in the film.

Dolphin Reef features a message about preserving the ocean’s coral reefs and their importance to the planet. That conservation message is further driven in Diving with Dolphins with more dialogue about pollution and overfishing potentially killing all of them within the next fifty years. But this film also provides hope with footage of a thriving reef in the Islands of Palao that was considered dead after El Nino and was brought back to life by Parrot Fish.

It’s important to Disneynature that they not interfere with their subjects, merely observing and documenting their stories. In this film, there’s a moment where some dolphins are beached while performing their mud ringing feeding technique. Another scene shows a diver getting into a dangerous situation when the sharks he’s filming start a feeding frenzy in close proximity.

Disneynature Diving with Dolphins is an exhilarating look at the adventurous cinematographers that made Dolphin Reef. It’s a celebration of their passion and determination to share the stories of some of the world’s most beautiful creatures in a way that will encourage viewers to want to help protect these amazing animals.

I give Disneynature Diving with Dolphins 4 out of 5 coral stick toys.