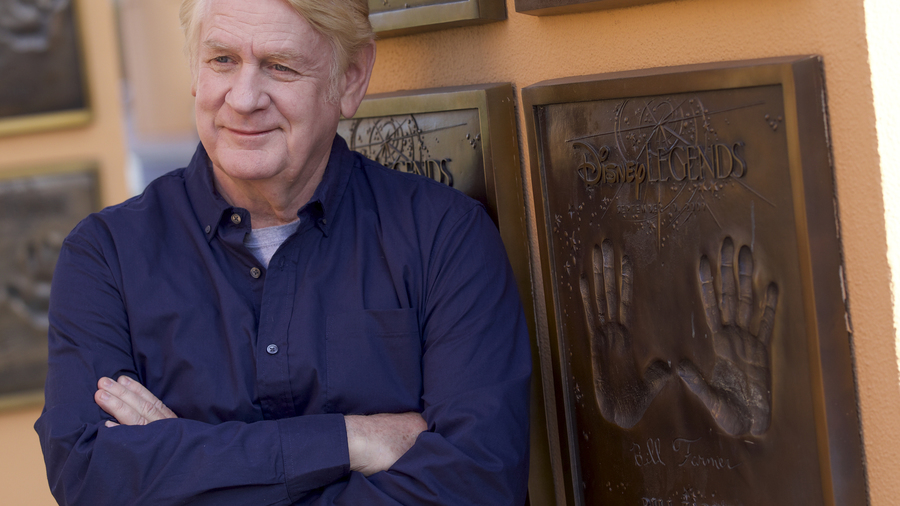 “I’ve had dogs for most of my life,” Bill Farmer shared while talking to the media about his new show, It’s a Dog’s Life with Bill Farmer, premiering May 15th on Disney+. As the voice of Goofy and Pluto since the 1980’s, Disney and dogs have been a big part of the voice actor’s life. Now he’s stepping in front of the camera for a closer look at man’s best friends and the way dogs use their incredible talents to help people.

“It actually kind of started as just a little idea with my friend Steve Duval, who was a cameraman for thirty seasons on the show The Amazing Race,” Bill Farmer shared about the show’s origin. “He invited me to come up to Reno to do a little local piece on an equestrian center where they have almost like the old English fox hunts. People take their horses out for a stretch of the legs and stuff, and they had about thirty walker hounds. And the footage we shot of me hosting just kind of jumped out at us and I said ‘Maybe we ought to do a show about dogs.’ I talked to my wife, who’s directed and produced and was a script supervisor for twenty years, and with her and Steve we came up with this idea for me as the voice of a dog for a long time, stepping out and doing a show on real life dogs.”

“It’s kind of interesting to note that my wife was phobic around dogs when we got married,” Bill joked about his partner in life and collaborator on his canine series. “She wouldn't be in the same room with a dog. She always felt they were out to get her, and they were going to bite her and everything. Well, we got a little Cocker Spaniel, a King Charles Cavalier mix was our first dog together and she fell in love with it. Now she’s raising pitbulls here at the house, we have a pitbull black Lab mix named Boo who’s just a sweetie.” In addition to working with his wife, Bill Farmer got to give his son a job on the show. “We needed a theme song.  My son’s a composer, an audio engineer, and a professional drummer, and we said, ‘Hey, come up with something.’ He came up with a great title song and Disney liked it. It is a family affair here with a few other talented people involved, and it’s great. It’s comfortable, it’s fun, and it’s my first time really in front of the camera as a host. Your family’s going to make you at ease, and I could concentrate on the dogs and not worry about how I look and I let Jennifer worry about that. It was just a very comfortable production to put together.”

Fans who grew up watching Walt Disney shows or visiting EPCOT will instantly recognize the “Edutainment” aspect of the series. “We really didn’t have an educational component to it, other than just our curiosity,” Bill shared about how the format came about. “I wanted this to be not an educational show, but a fun show that incorporates learning for both adults and kids. And I asked the questions that I wanted to know, I tried to satisfy my own curiosity, and that was about it. Of course, we had consultations with Disney animals on certain things and the facts, to get them right for the ‘Pluto’s Pointers’ and the ‘Goofy’s Hometown Heroes’ to make sure that those were accurate. We had wonderful researchers that searched out a lot of this stuff, but basically it was just kind of shooting from the hip and learning and asking questions that I just wanted to know, and that kept it more real, I thought.” The show gave Bill Farmer the opportunity to get to know a lot of dogs around the country on a personal level. “They all have personalities, just like people, and it’s like meeting friends,” he shared about the experience. “You get to like some more than others, and you gravitate towards certain dogs or people, and they’re just like little people in fur and it was a delightful thing to get to meet and know a lot of them.”

“We did eleven states in about four months of travelling,” Bill Farmer shared about the ten episode season coming to Disney+. “But it would be fun to go to Great Britain and do a Scotty in Scotland, an Irish Setter in Ireland, all the dogs over there. There’s wonderful stories that we’ve heard about around the world, and we’re even starting to look at stories for season two if they want it.”

Disney fans can start streaming It’s a Dog’s Life with Bill Farmer every Friday on Disney+ starting May 15th.