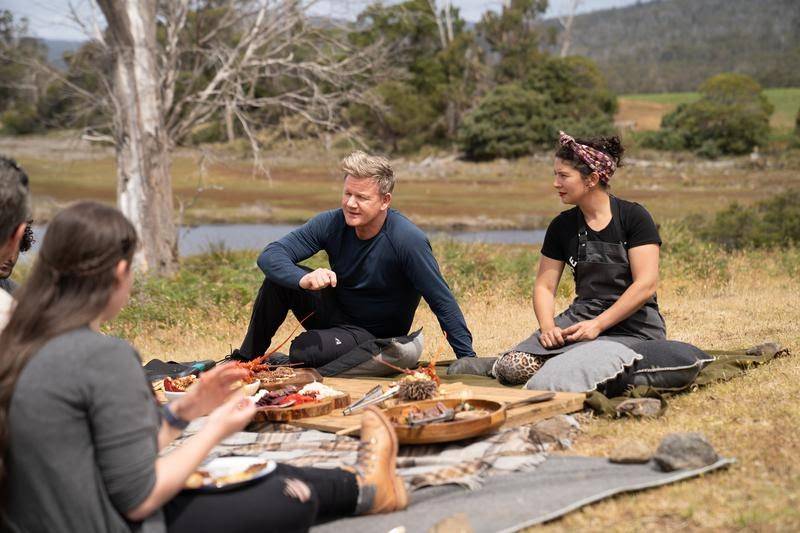 World famous Scottish chef Gordon Ramsay is back for another season of his National Geographic adventure series, Gordon Ramsay Uncharted. The series explores both the cultural heritage of the locations he visits and the local cuisine. Food is something that unites all cultures, making each exploration feel easily accessible to viewers. Known for his harsh criticism and proclivity for the “F” word, Ramsay goes from Kitchen Nightmares to paradise dreams all over the world.

The season premiere takes viewers to Tasmania, an island state of Australia famous for the Tasmanian Devil, a perfect choice for the star of Hell’s Kitchen. He meets up with an old friend, Annaleise Gregory, who moved there to become a “culinary nomad.” You’ve heard of “Farm-to-table,” but in Tasmania, it’s more like “Ocean-to-plate” where locals cook their catch right on the beach, or in some cases, right on their boat. 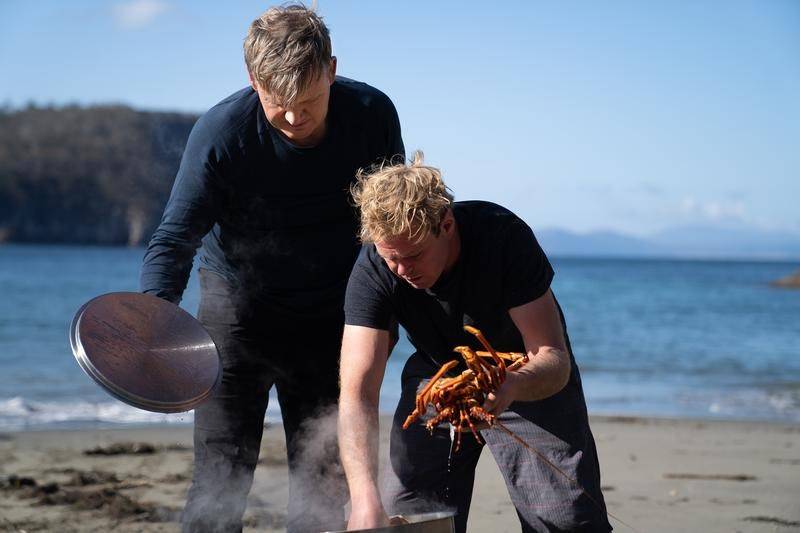 Annaleise only cooks with produce that she finds on the island and challenges Gordon to do the same. His adventures include diving for Tasmanian Crayfish in the ocean, finding seasonings in the wilds to flavor wallaby for a surf-n-turf dish, and fly fishing on a deep glacial lake that can only be reached by water plane and harvesting honey directly from the source. Yes, they eat kangaroo in Tasmania, but don’t worry. You won’t see anything worse than you would through the window at your local butcher shop.

The series is educational and entertaining all at the same time. Gordon Ramsay is out of his element geographically and professionally, exploring new lands and going head-to-head with a professional chef more familiar with the area’s cuisine. Nat Geo bleeps out all the expletives in what’s otherwise a family-friendly show, but it offers more areas of interest for adult viewers. 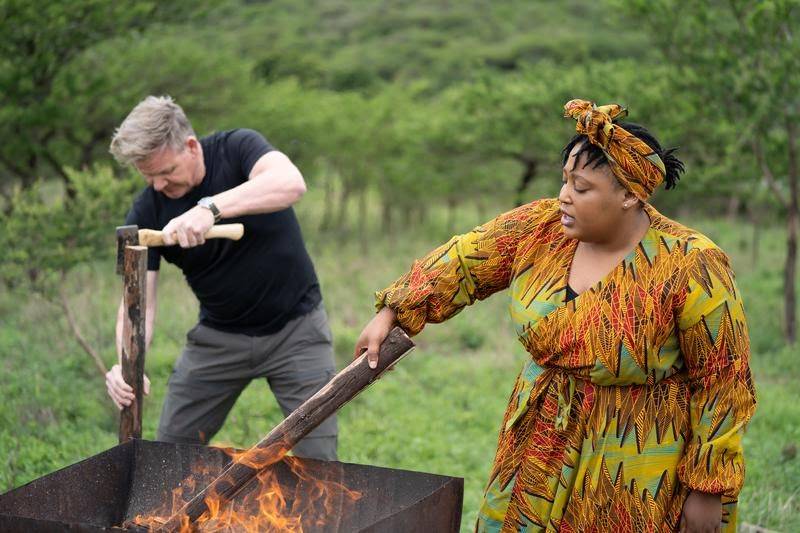 The upcoming season has a lot of diverse locales planned. The second episode takes Gordon to Kwa-Zulu Natal in South Africa where he has to prepare a local meal for the chief, a direct descendant of the great King Shaka. Pretty much everywhere he goes, there’s a wild hippo or rhino ready to charge. Norway, Indonesia, Guyana, India, and Louisiana will round out the show’s sophomore season with Ramsay spending about a week in each country.

Gordon Ramsay Uncharted offers viewers the chance to do something that’s very difficult right now; travel. You’ll see corners of the world through the eyes of a world famous chef and get to experience them like a local. If only National Geographic could figure out how to send a sample of the food through the TV, this would be a perfect experience.

You can stream the entire first season on Disney+.