Beyoncé is a Queen who keeps on giving with the release of Black is King, a visual album to accompany The Lion King: The Gift, an album that was released last summer to coincide with Disney’s remake of The Lion King. A new Deluxe Edition of the album debuts today that adds the film’s end credit song, “BLACK PARADE,” plus a remix of “FIND YOUR WAY BACK,” but this review isn’t about the album, it’s about the film.

I’ll be the first to admit that when I first listened to The Lion King: The Gift, there were tracks that confused me, seeming very disconnected to The Lion King. Black is King clears up any confusion, showing what a spectacular artistic vision the album really was. It reinterprets the themes and story of The Lion King through a modern human lens, celebrating African culture and its influence on Black culture in America in particular. An image from the film that reaffirms this theme is a shot where the American flag is shown with African flag colors. Filmed around the world last year, Black is King connects African heritage, tradition, and history to modern day style, culture and music. Interludes from the album featuring dialogue from The Lion King help transition between songs, but Beyoncé adds new commentary between many of the songs as well, including a line that explains the title and the purpose for the film as a whole: “Black is King. We were beauty before they knew what beauty was.”

Like her past two visual albums, Black is King focuses on very specific themes that connect through each segment. Unlike 2013’s Beyoncé and 2016’s Lemonade, Black is King is family friendly and omits the artist’s typical sexual exploration while still including themes of the beauty of the human body. Because of this, the film has a TV-14 rating. The film also tells a story that mirrors that of The Lion King, beginning with Beyoncé holding a baby boy and following his journey to become king. 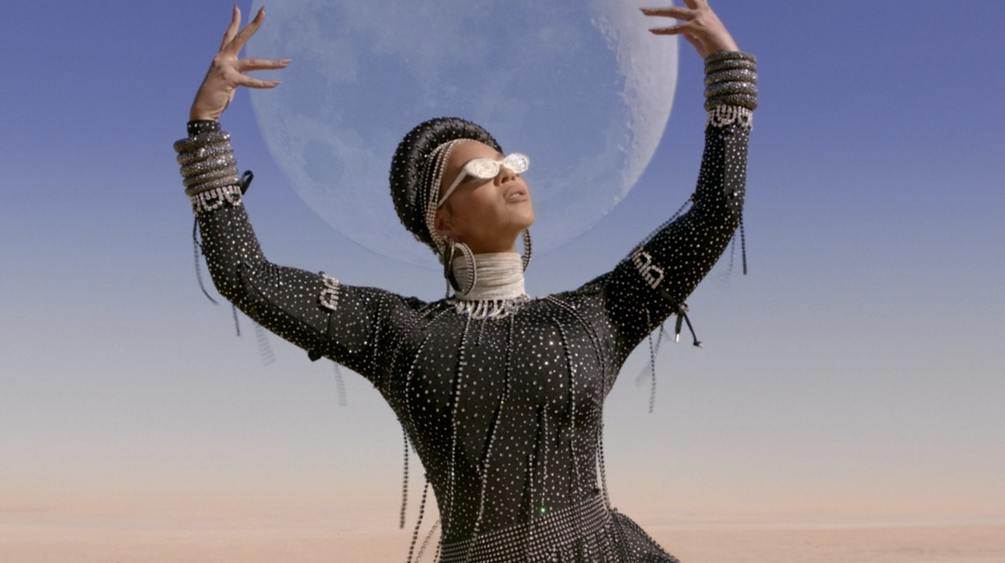 A visual album is more or less a string of music videos, but Black is King is truly a piece of art. Many of the segments feel like they belong on a wall in a famous art museum. There are so many creative choices thrown at your senses all at once that it will take several viewings to properly experience it. As a film fan, I love the use of film grain on many of the sequences and changing aspect ratios. There’s a lot of metaphorical imagery to be found and viewers will find that Black is King is not a passive viewing experience. It truly makes you think, with the visuals and audio entering your body and touching your spirit.

My favorite song from the album, “BROWN SKIN GIRL,” also became one of my favorite moments in the film where it’s presented as a debutante ball. But “MY POWER,” used heavily in the ad campaign, is the absolute highlight of the entire film. It’s so energetic and creative, using African animal patterns and adornments to create something truly exciting. Because so much of the film celebrates the natural beauty of Africa, I also found “MOOD 4 EVA” to be a standout moment with its old Hollywood synchronized swimming sequence and a human chess match representing the power struggle of the lions and the hyenas. Fans of The Lion King: The Gift will find that the order of songs have been somewhat reorganized. They mostly play in album order, but “ALREADY” comes earlier than it does on the album, with “WATER” and “BROWN SKIN GIRL'' pushed to later. One of Beyoncé’s surprises for the day includes the release of the music video for “ALREADY,” more or less a preview of the film for fans who don’t yet have Disney+.

The film is full of cameos from participants of the album and Beyoncé’s friends including Kelly Rowland, Naomi Campbell, Pharrell Williams, and Lupita Nyong’o to name a few. It’s also a family affair with husband Jay-Z, daughters Blue Ivy and Rumi Carter, son Sir Carter, to whom the film is dedicated, and mother Tina Knowles-Lawson appearing in the film.

Black is King also includes some religious imagery, including a nod to the story of Moses where Beyoncé puts a baby in a basket and sends him down river during the song “OTHERSIDE,” which also features Beyoncé singing as a ghost like Mufasa communicating with Simba. A narration in the film adds religious context to the theme of “Circle of Life,” saying “To God we belong, to God we return.” The film also ends with a new version of “SPIRIT,” starting as an acapella moment with a choir, taking viewers to church before transitioning to parts of the music video released last year to promote the album.

When Black is King was made, Beyoncé couldn’t have known that it would be seen through different eyes by all viewers. It taps into the Black American experience with themes of what it means to be a Black woman and man in America today juxtaposed against the culture out of which all people were born. In the wake of the Black Lives Matter movement, Black is King is really the healing ointment that everyone in the world needs to see. 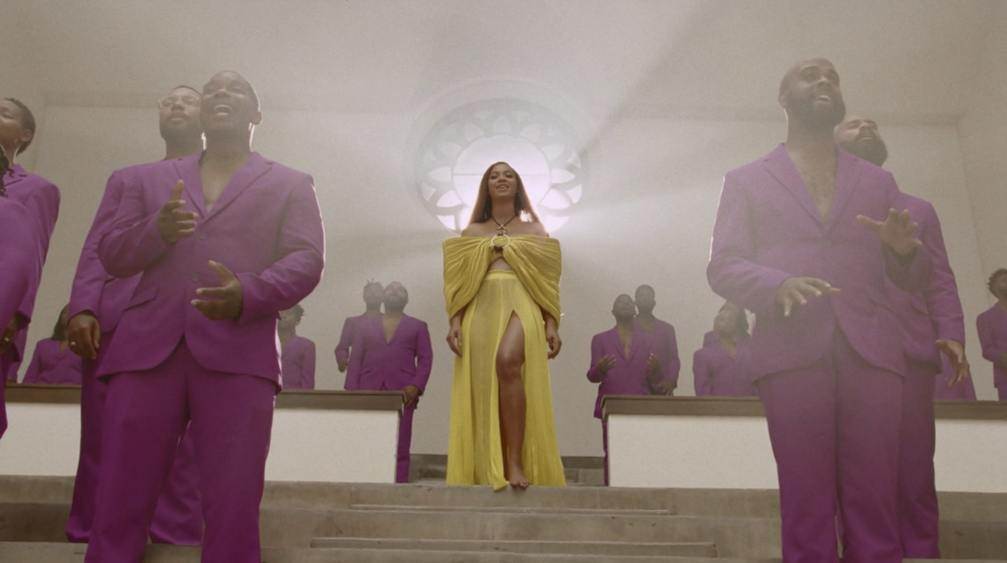