Marvel can appeal to a very wide variety of audiences. From their blockbuster movies exciting massive audiences all over the world, to their youth programming getting the next generation of young fans excited about their favorite characters, Marvel has all their bases covered.

In some cases, that content geared toward a younger audience can still be very enjoyable for adults as well. That is certainly the case for “Avengers Assembly #1: Orientation" by Preeti Chhibber. The new hardcover book intended for ages 8-12 follows Ms. Marvel and her new super friends as they try to survive their first semester at the Avengers Institute. Ms. Marvel is a young hero living in Jersey City, NJ and trying to balance her normal life with her superhero one. After some struggles with some super fights that cause just a little too much damage, she receives an offer she can’t refuse: an invitation to join the Avengers Institute. There, she meets Spider-Man (Miles Morales) and Squirrel Girl, the makings of a delightful new super team.

It doesn’t take long for these three young heroes, and all of their new classmates, to realize they still have a lot to learn about hero work. And all they learn in their first semester is going to be put to the test in an academic decathlon. With a very entertaining cast of young characters and experienced heroes in place to teach them, “Avengers Assembly #1: Orientation" is just a lot of fun.

Again, this new book is made specifically for a very young audience. Don’t expect a very intricate story with complex characters and exciting twists. This book isn’t exactly going to be turned into the new Marvel Cinematic Universe blockbuster. What you can expect from this book though is some laughs, fun and a very unique type of storytelling.

“Avengers Assembly #1: Orientation" is not so much a novel as it is a series of journal entries, blogs, text message conversations, Instagram posts and other various means of communication. You might get comic book panels on one page and a detailed log of a day in She-Hulk’s class on the next. The storytelling varies depending on whose point of view it is being told from and it keeps every page feeling like a new mini story.

The book also features a great collection of characters. Young fans will be excited to see favorites like Captain Marvel, Spider-Man and the Hulk while longtime Marvel fans may get excited about mentions of characters like Nova, Patriot and Spot. It’s very clear that Chhibber is no stranger to the Marvel Universe and fans will enjoy being immersed in it here.

Typically, when reading content geared toward a younger audience (especially when it is based on preexisting content), you can expect from eye-rolls and cringe-worthy jokes. That was something I did not experience with “Avengers Assembly #1: Orientation.” I was pleasantly surprised with how current and well-delivered the jokes were, to the point where I may have actually even laughed out loud a few times. 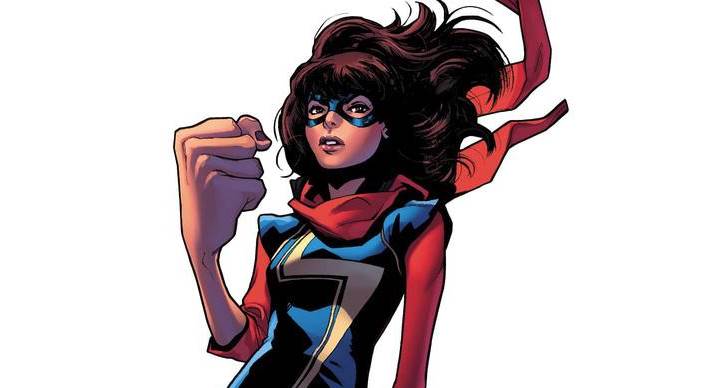 Another great aspect of the book is the illustrations from James Lancett. The pages are loaded with scattered doodles drawn by Ms. Marvel that give those notebook pages a very whimsical-yet-authentic feel. Plus, there are very playful illustrations of a very wide array of Marvel characters. It’s a very different style of art for Marvel but it fits perfectly with exactly what this book is.

Overall, “Avengers Assembly #1: Orientation" is much more than what you would think. It’s very easy to write this off as just a kids book. Don’t get me wrong, it’s a great book for young readers, with some very valuable messages and lessons. But it’s also enjoyable for those who just want a light-hearted and fun story set in the Marvel universe. It’s a brand new way to spend time with some of your favorite characters.

You can order “Avengers Assembly #1: Orientation" by Preeti Chhibber now.