This past weekend, the Disney Junior series Elena of Avalor bid farewell after a four year run. Along the way, the show has not only captured the attention of kids and parents alike but has also garnered several Daytime Emmy nominations — including nods for Outstanding Music Direction and Composition. Recently, we had the chance to chat with the man behind the music of Elena of Avalor, Tony Morales, about his experience working on the show and what projects he’s working on next. 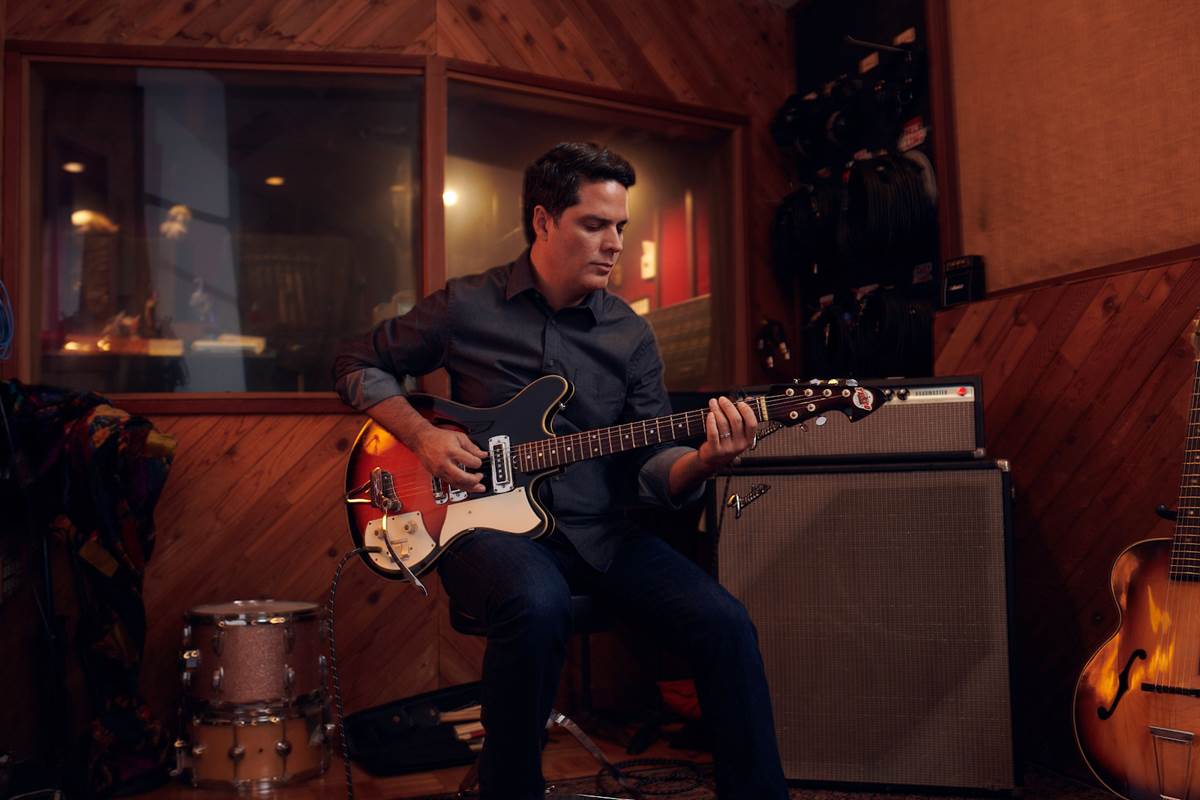 Laughing Place: Congratulations on the culmination of Elena of Avalor.

LP: It seems like just yesterday it debuted. You've received quite some acclaim with three Emmy nominations and an Annie Award nomination. For those of us that might not be as familiar with your background, can you tell us how you got into composing and how you got introduced to the world of Elena of Avalor?

TM: I grew up always involved in music. I started playing the guitar when I was nine years old. By the time I was 12, I started to really take music seriously. At that point, I started taking private lessons and was on a trajectory to what I had thought at the time was to be a professional musician, whatever that meant, whether I would be a studio musician or play in bands or whatever. I wasn't quite sure. But that led me to a path of wanting to attend a music school for college. Once I got to music school, I went to Berkeley College of Music in Boston, Massachusetts, and when I arrived there, I discovered the world of film music. It just drew me in. It was like a light bulb went off, and I switched all my classes and my major to pursue that.

I ended up in Los Angeles because of that shift. I graduated from Berkeley and I came to California to pursue a little bit more schooling in that field at USC through a class they had there, a one year graduate… And long story short, I graduated and stuck it out and still here 20 years later.

My introduction to Elena of Avalor would be kind of random… I got a call from my friend, Kevin Kliesch. He's another composer. He was a composer for Sofia the First for Disney Junior. A little trivia, Kevin and I were at Berkeley together, so he was, I believe, a teacher's assistant when I was in my senior year there studying film music.

Anyway, we were all friends. He reached out to me when he had heard that the Disney music department was looking for composers to interview for the job for Elena of Avalor. Specifically, they were looking for composers who could write custom music, who could play guitar, and who could handle some of the musical demands that the show would have. And I was thrilled that he actually thought of me, but at the same time I got to say I was a little intimidated by it… But as is such with this industry, you have to go through those doors when they open. So I said, "For sure, send him my name, and we'll see if anything comes of it." That was my intro. They called me. I went through an interviewing phase. I had to write some demo music to be considered. And fortunately, it worked out, and they offered me the job, and here we are.

LP: So were you familiar with the world of Sofia the First that Elena spun out of prior to working for Elena?

TM: I was totally familiar with it because I have two daughters, and when Sofia the First came out, my youngest was three years old and the oldest was six. So when Sofia the First came out, it was on our TV all the time. And I also know the music. I always admired Kevin's work in that show and was kind of blown away by the production he was doing on it. So, yes, I was totally aware of the show. 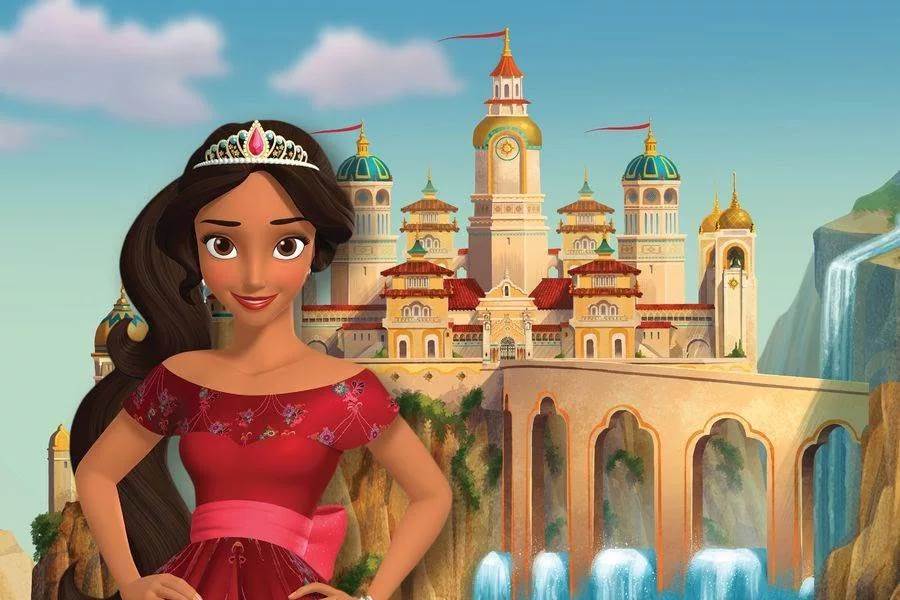 LP: And Elena, as a musician herself, is frequently engaged. Does that add an extra layer of either pressure or complexity when the main character has a musicality to her?

TM: I think it's great. I mean, I don't know if it has a layer of complexity. It just adds another dynamic character, right?

And how it relates to my role as the composer to John Kavanagh, he's our songwriter on the series, and how he would compose some of the songs based on whether she is going to be playing the guitar or not. And another fun aspect that I learned that we got going was her father, Francisco, also plays the guitar. So there've been a lot of moments over the course of the series where I've had to tackle some of the moments where they may have been playing a little melody or just kind of strumming and incorporated it into the score.I thought it was just a really neat, another neat angle to the show.

LP: As a television composer, a lot of the projects will come out, and obviously, once it's out they live forever, but not quite in the same way that it Disney Junior show that will be available on Disney Plus for the rest of existence. Especially a character like Elena who's really resonated with characters. Does the legacy of your work, has that hit you yet? That this might be the first music that people are exposed to a young age, and it'll also live on for awhile? I mean, your music's played in Disney parks for goodness sake.

TM: I know. Well, I mean, it's really crazy to think about it like that. But I guess to answer your question, it hasn't truly sunk in, but I'm aware of it. Seasons one and two are on Disney Plus now. And season three to date is airing on Disney Junior and Disney Channel. Yeah, it's crazy. Well, look, here's where it really hit home. When they introduced Elena at the parks at Disney World and at Disneyland, that wasn't part of like… I didn't know that was coming when I first got hired on the show. So when that happened and I could actually go to Disneyland and wait in line to meet Elena. And they've got a whole area where her music is playing, and she has a performance show there, that's when it really hit home, like, wow. This is incredible. She's a fixture. She's now a fixture in the legacy of Disney, and I'm going to forever be a part of it. So it's an honor. It's humbling. It's shocking. It's crazy. It's great. It hasn't completely, completely sunk in yet.

LP: With the series finale, the sort of journey Elena was destined to be on since the first episode is complete. And not all shows get to have the sort of natural ending that this one is getting to have. You don't usually think of series finales when it comes to animated shows. What has her journey and your sort of parallel journey with her coming to an end, what kind of emotions has that brought to you?

TM: Well, it's very emotional. For me, I've grown a lot on the show, personally, for my career. My kids have grown up while I've been working on this show, and I've gone through a lot. And Elena's journey, it's amazing. From episode one, she came in, and she wanted to be where she ends up getting to in this last episode right away. So getting to see how the writers and everyone crafted that storyline over the last four years, getting her here, has been awesome to watch and to see the pivots and the challenges and the things that she had to go through to get there.

Writing the music for the finale, was a roller coaster, man… What I normally do with the show and getting into the writings of the line, the storylines and the characters. But every so often I find myself maybe getting a little bit more emotionally attached to a piece of music, to a piece of theme, because I was just feeling the ending of this coming… So it's bittersweet. But at the end of the day, it's a celebration. It's her coronation day, and we're going to end it on an uplifting epic note. 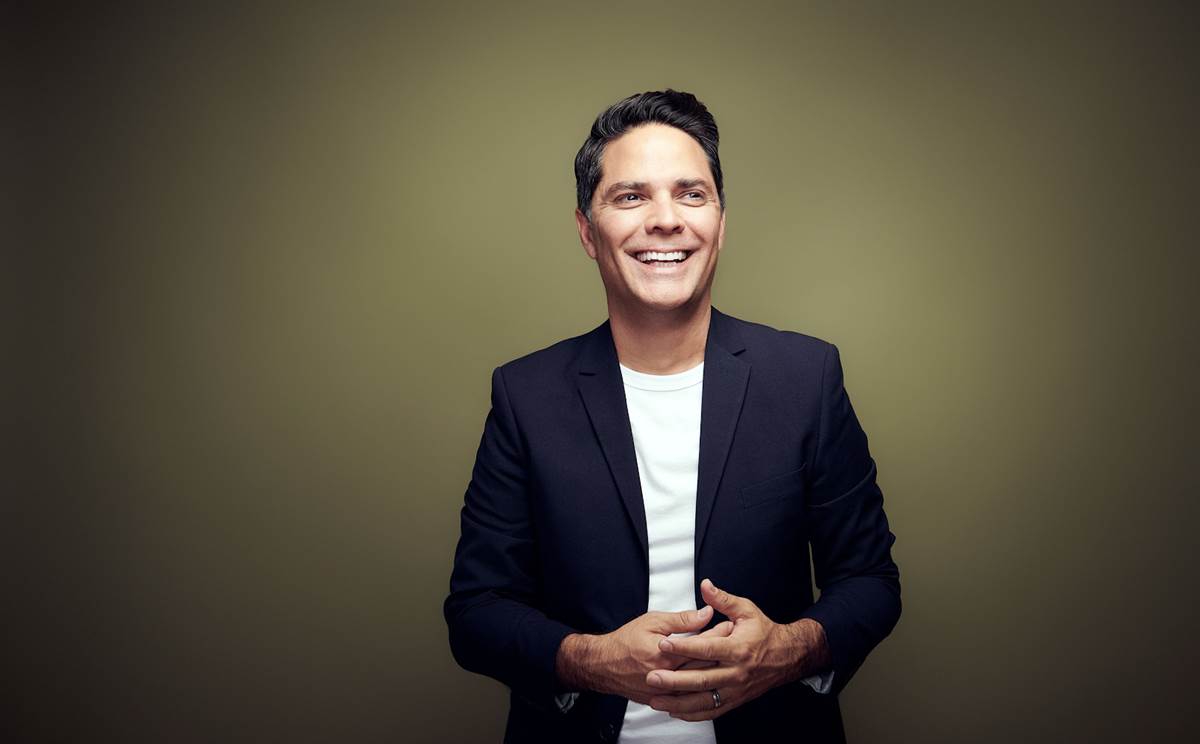 LP: So with the show coming to an end, what other projects have you recently worked on or are working on now?

TM: Well, there was another one I did back in the spring was just released on a platform called Quibi. The title is The Fugitive.

TM: Starring Kiefer Sutherland. Yep, exactly. So that just came out. I did another project for Quibi but I'm not quite sure when it's coming out, but it's called Benedict Men. It's a docuseries on a high school basketball team in New Jersey at the Saint Benedict's, and their story through their senior year, you know, prepping. Getting through the season and prepping for whatever next phase the players are going to go onto, whether it's going to be college or not.

And then due to the pandemic, it's a little uncertain right now what the next… I had a project that was delayed, and so just waiting to hear on that. I am moving on to another docuseries, another sports-centered docuseries. It's starting in September. But otherwise, we're all just kind of waiting for the industry to pick back up, to get back into the hustle of the next job, whatever that may be.

LP: Well, congratulations. There's been many times when I've watched an episode and had your musical themes stuck in my head for a couple of days. It definitely added a fantastic character to the story.

This interview has been edited for clarity.