Book Review: “Who’s Who in the Marvel Universe” 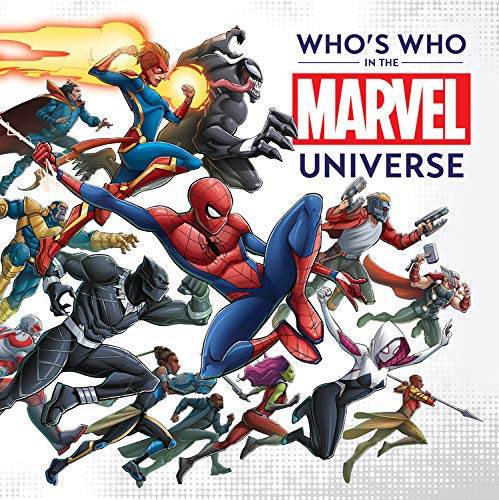 The Marvel universe is so big that even its most diehard fans don’t know all of the characters. You don’t have to look much further than Marvel.com’s A-Z List of Characters to realize that learning all of them is pretty much impossible. But for kids looking to get into Marvel comics, films, or characters, there’s a new helpful guide from Marvel Press called Who’s Who in the Marvel Universe.

The book breaks characters down into just three story categories: Spider-Man, Guardians of the Galaxy, and Avengers. Within each section, there are mini dossiers on the heroes and villains of each story, but the book is also a lot more than that. There’s an action-packed narrative going on in each section and as each hero or villain is introduced, they get added to the ongoing story.

Aimed at a younger audience than your typical Marvel Comics reader, author Steve Behling gives kids the need-to-know information on each character. With 80 years of Marvel history for legacy characters like Captain America, he sticks closer to the most recent iterations. For example, Wasp in this book is Hope Van Dyne rather than Janet. In the illustrations, the likeness of each character falls more in line with their live-action on-screen personas rather than their comic origins.

While I’m not the target audience and am by no means a Marvel Comics aficionado, I am a big fan of the Marvel Cinematic Universe and found Who’s Who in the Marvel Universe to not only be a handy primer for the films and animated TV series streaming on Disney+, but also informative on characters that aren’t featured as much on the big and small screen. This includes Ms. Marvel (Kamala Khan) from the Marvel Rising animated seires and one of Spidey’s foes, The Spot. There’s also a side list of facts about each character that’s pretty fun to read, including their height and weight when available (not applicable to characters like Venom).

Because of the story that takes place in each of the three sections, Who’s Who in the Marvel Universe is a lot easier to read than the Marvel Encyclopedia, although that more robust tome is the better source of information and history for diehard adult Marvel fans. This illustrated kid-friendly book makes for a great entry point or world-expanding primer with a storybook component and I would love to see it continue. The Marvel Universe is so expansive beyond the three included categories and they could do an entire book just on the X-Men alone.

I recommend Who’s Who in the Marvel Universe for kids ages six and up who are interested in getting into Marvel. With preschool-aimed shows like Marvel Super Hero Adventures and parents sharing their love of Marvel with their kids, the target audience may find themselves almost too familiar with the good and bad guys and girls in this book, but it’s still fun nonetheless. And if you’re really a Marvel fan, you can never have enough.