Before getting to see Disney’s Secret Society of Second-Born Royals, I had the opportunity to interview one of the film’s stars. Faly Rakotohavana plays Matteo, a shy prince with the power to control insects. In celebration of the film’s release on Disney+, here is our exclusive interview with Faly. 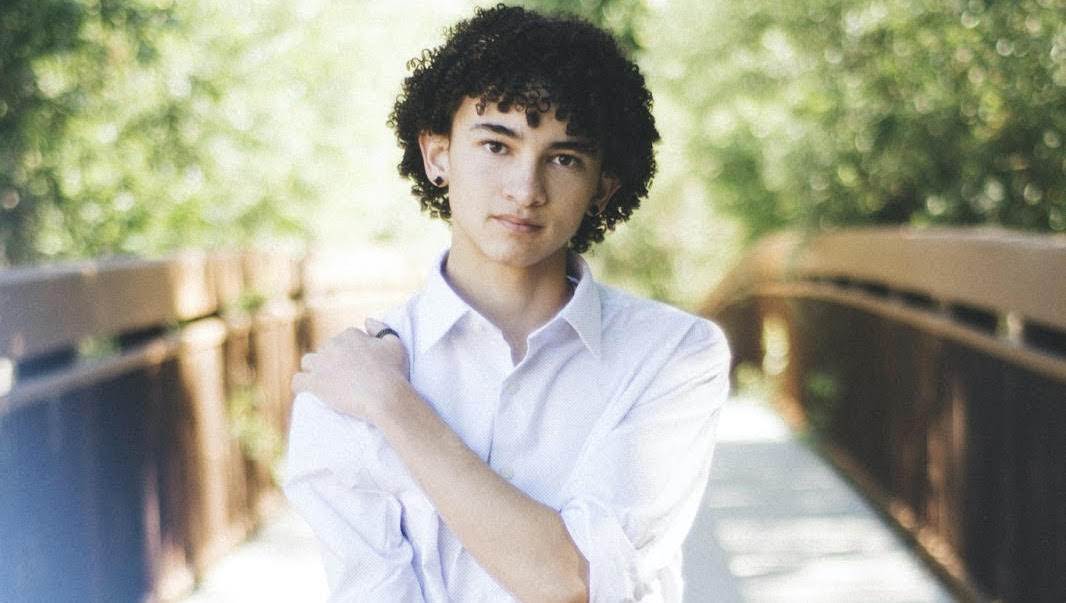 Alex: What can you tell us about your character in Secret Society of Second Born Royals? I know Disney has been pretty secretive with everything about it.

Faly Rakotohavana: Yeah. In the Secret Society of Second Born Royals, my character's name is Matteo and Matteo is a super shy, but sweet character. He's very introverted, but very smart. He kind of holds himself back from public encounters and social environments because he's nervous, he's shy, he's scared.

Alex: And just to follow up on that, how similar or dissimilar do you feel to your character?

Faly Rakotohavana: I'm not similar to my character at all, I don't think. Matteo is just so to himself, very introverted, while I prefer to be more social. I prefer to put myself out there more. I love social environments. I love getting to talk to and meet new people. I think one thing me and Matteo do share in common is that we both believe that kindness takes people very far in life, and we choose to be kind to the people we meet and people we know great.

Alex: Yeah, that's a good choice. At D23 Expo last fall, they had a presentation on Secret Society of Second Born Royals and showed some of the footage and it looks pretty action heavy. Did you have to do any of your own stunts or did you have a stunt double?

Faly Rakotohavana: I did have a stunt double for some parts, but I think for the most part, for the majority of it, I did do some of my own stunts. We did a lot of stunt training before the film was filmed. So we kind of got some insight into what we'd be doing and stuff. So yeah, I did quite a few of my own stunts.

Alex: Do you have a memory of the craziest stunt that you had to do during the shoot?

Faly Rakotohavana: I think by far the best and craziest stunt that I had to do was during the obstacle course, that I can't wait for you guys to see. It's a very action packed, energetic little scene going on with a lot of lasers and moving obstacles. And it was just really crazy. A lot of traps.

Alex: Cool. And what was your favorite part about the whole experience on Secret Society of Second Born Royals?

Faly Rakotohavana: I think my favorite part of just being with everybody was definitely getting the whole Toronto experience. Going out and going shopping, hanging out with the cast, checking out local tourist traps and stuff like that. We did a lot of shopping in Canada. I love that. I have so many outfits that I wear constantly on a daily basis that I got from Canada. And we ate out a lot. I loved the food there, it was so good. My favorite food in Toronto that I ate with the cast was definitely the Italian food. So great. I love their pasta.

Alex: Yeah, that cash conversion with Canada from the US helps a little bit too.

Faly Rakotohavana: Yeah. It did.

Alex: Nice. What do you hope audiences take away from watching the film?

Faly Rakotohavana: I hope that when audiences finish the movie and they get to see it for the first time, I hope it helps them get a better understanding that everybody's different. Nobody's the same. Absolutely nobody. But that difference makes us all unique. And if we put our differences together and we use teamwork and we put our brilliant minds together, then we can all make something really special and we can accomplish great things.

Alex: That’s a nice message. And do you have a favorite Disney movie? And if so, what is it and why is that your favorite?

Faly Rakotohavana: My favorite Disney movie is and always will be The Lion King, for sure. That movie has taught me so many life lessons and the music is amazing. “Hakuna Matata” will always be my favorite song. And let's see, that one scene, everybody knows what scene I'm talking about with Scar and Mufasa, that was the most scarring scene I'd ever watched as a child. I remember crying endlessly after watching that scene.

Alex: Do you also have a favorite Disney character? If so, who is it and why?

Faly Rakotohavana: Captain Jack Sparrow, for sure. His energy is just so astounding. I love Johnny Depp and I loved watching those. I still watched them today. I think I've seen it in each movie about five or six times. They don't get old. I don't know what it is. I think it's just Captain Jack Sparrow himself, he really brought life to those movies. They were great to watch.

Alex: Great. Well, thank you so much for your time. I'm really looking forward to seeing all of Secret Society of Second Born Royals and sharing it with our readers.

Faly Rakotohavana: Yeah. I can't wait for you to see it.