Gather your little ones for some kid-friendly Halloween fun with new content on Disney Junior! Three new episodes of Disney Junior favorite shows are now playing on the cable network and through the Disney Now app, where they can all be enjoyed under the “Mickey’s Spooky Movie Night” playlist. Grab some candy corn and popcorn and settle in for an evening of not-so-spooky fun with your little ones. 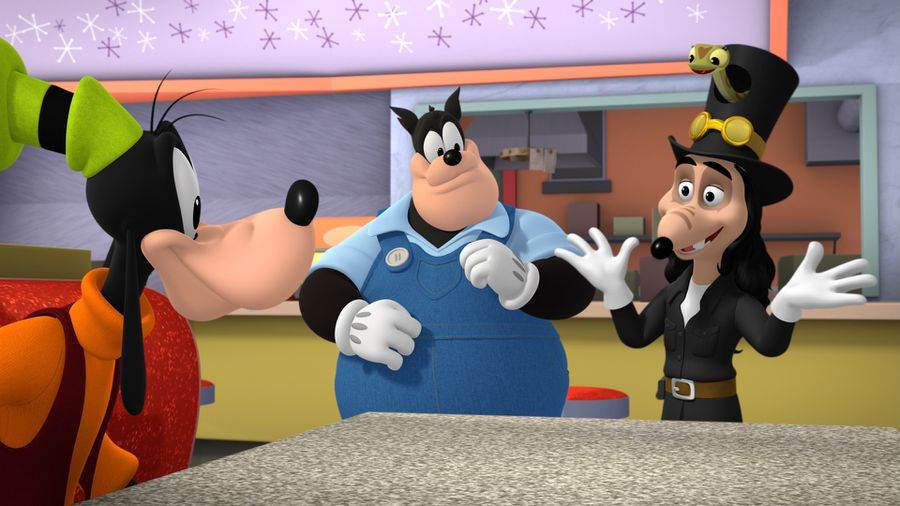 Pete and Goofy think they’ve seen a lake monster in the first story of the episode, but nobody wants to believe them. Alistair Coop De Ville, voiced by rock n’ roll legend Alice Cooper, is the only one who adds credibility to their story, telling the legend of the mysterious “Scronchasaur” monster of Hot Dog Lake. When a prize is set up for anyone who can snap a picture of the creature, everyone in Hot Dog Hills wants a piece of the action.

In the second-half of the episode, Daisy and Minnie are reading a “Phantom Wing” comic on a stormy night when Daisy receives a note from her GramQuacker Lily. Inspired by the comic, Daisy thinks her Gram might have a secret superhero identity just like the Phantom Wing when she is left a costume just like the character and a cryptic note to meet at a top secret location. 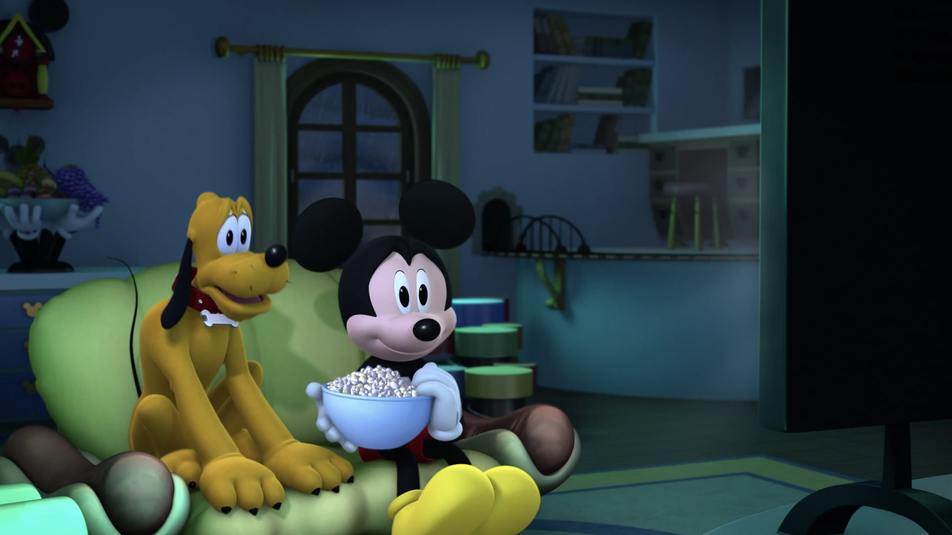 In this short, Mickey and Pluto are watching an alien monster movie at home, but get some real-life spooks from a thunderstorm outside and a friend who stopped by. 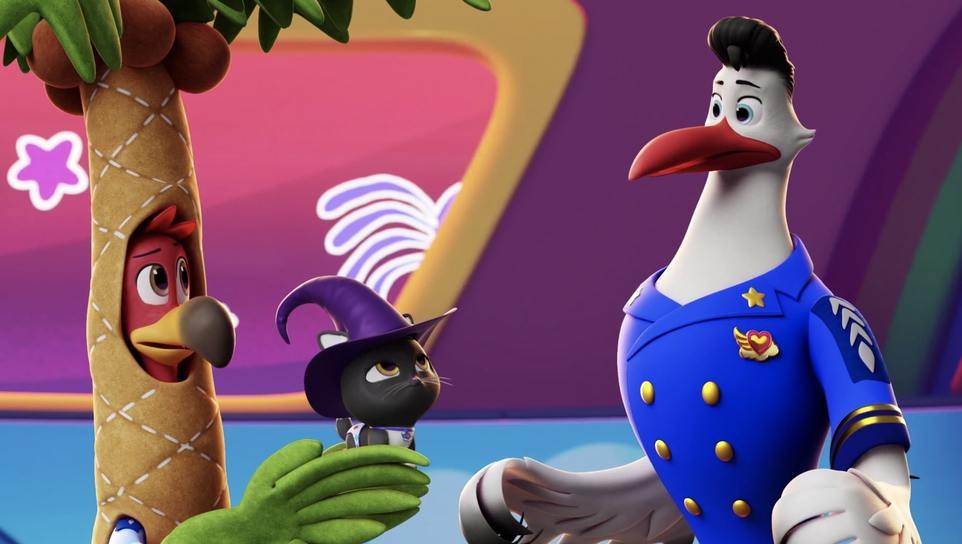 It’s Halloween and Pip the penguin and Freddy the flamingo are so excited! But one member of the T.O.T.S. team, JP, isn’t a fan of the spooky holliday. When he’s tasked with delivering a black cat that loves saying “Boo,” Pip and Freddy try to match their racoon delivery with JP’s so they can help him get into the spirit of the holiday.

Puppy Dog Pals – “221B Barker Street/Leaf it to Puppies” 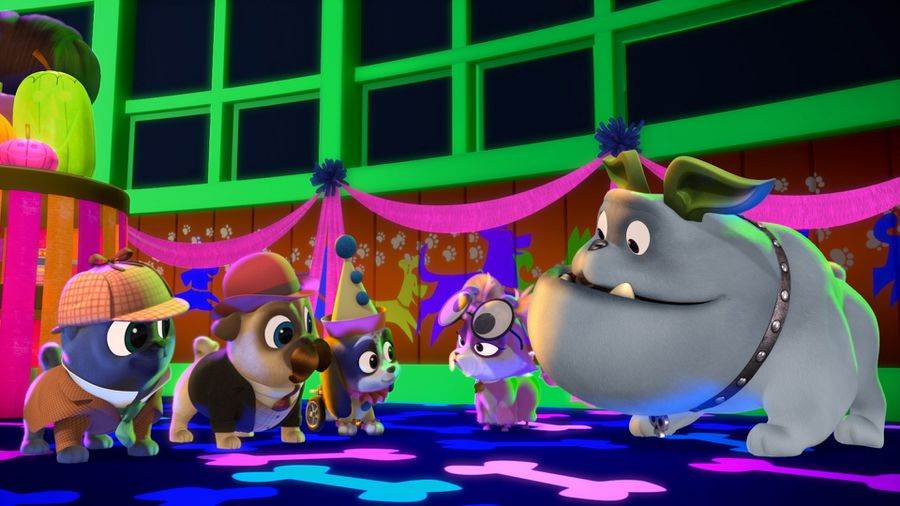 It’s Halloween and all of Bingo and Rolly’s friends are over for a costume party. But when a treat bowl goes missing, Bingo and Rolly put their detective costumes to good use to solve the mystery. This mystery will take them all over town

The fall fun continues in the second story when Bob is raking the leaves while the puppies play Red Light, Green Light. But when Bob has to leave before his work is finished, Bingo and Rolly try to stop the wind from blowing his piles all over the yard.

Kids and their parents will love celebrating Halloween together with these great new additions to Disney Now, which join a large list of past Halloween-themed episodes and specials.