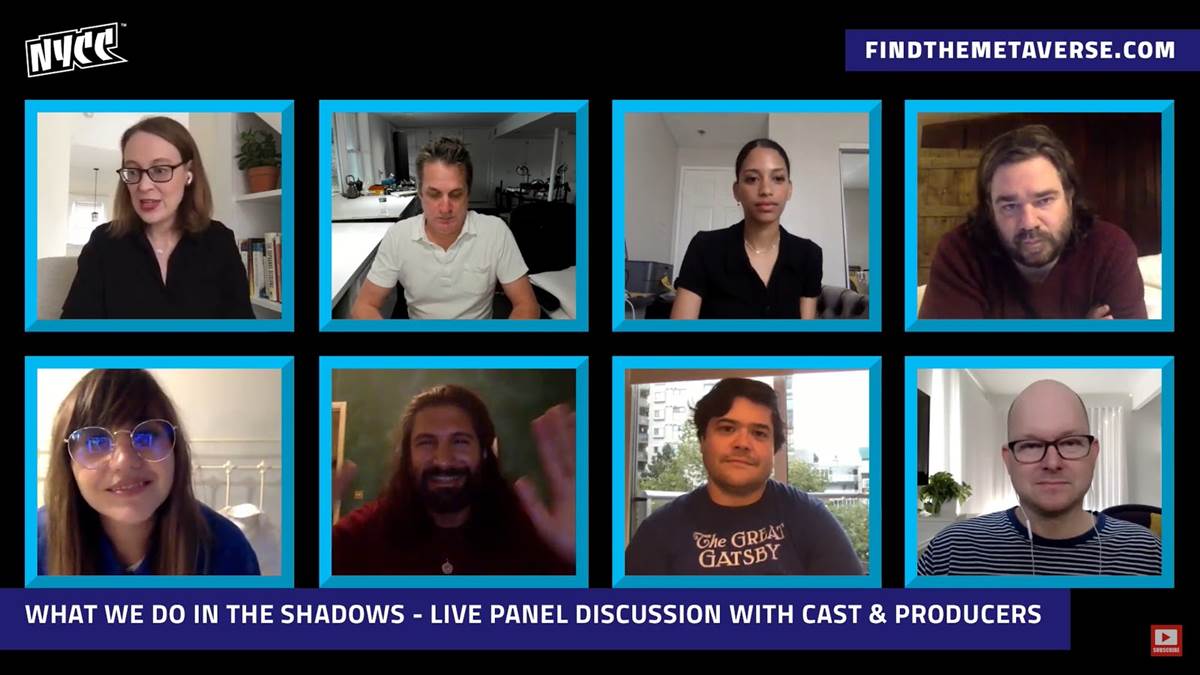 As part of the final day of New York Comic Con’s Metaverse virtual convention, the cast and creative team of FX’s vampire sitcom What We Do In the Shadows appeared live (unlike most of the other Metaverse panels, which were pre-recorded) to discuss the first two seasons of the series, the Taika Waititi / Jemaine Clement movie that inspired it, and what fans can expect from the show going forward.

Participating in the discussion were series stars Matt Berry (Laszlo), Kayvan Novak (Nandor), Natasia Demetriou (Nadja), Harvey Guillén (Guillermo), and Mark Proksch (Colin Robinson), plus executive producers Paul Simms and Stefani Robinson. In the bullet-point list below, I’ve collected some of the more interesting tidbits of information to come out of this panel, but you can also watch the full presentation in the following embedded YouTube video.

What We Do In The Shadows Cast & Producers Interview | Live!:

The first two seasons of What We Do In the Shadows are available to stream via Hulu, and the third season is set to begin production sometime soon.