Hello and welcome to Laughing Place’s regular recap of new episodes of the long-running animated sitcom The Simpsons on the FOX Network. Tonight’s third episode of season 32 was entitled “Now Museum, Now You Don’t,” and is the second imaginary-flashback episode in a row after last week’s “I, Carumbus.”

Couch gag: Instead of Our Favorite Family on the couch, we only see black outlines in their silhouettes. Then, Homer’s hand comes down, placing layer after layer of animation cels on top of them, adding skeletons, internal organs, etc. until they are complete. Lisa Simpson (voiced by Yeardley Smith) is sick and Marge (Julie Kavner) insists she stay home from school, so she opens a book of art history and begins flipping through it. She comes across the entry for Leonardo Da Vinci, and we flashback to Florence, Italy where “Lisanardo” is finishing a police sketch for Chief Wiggum (Hank Azaria). Grampa Simpson (Dan Castellaneta) is his usual chatty self– but now with an Italian accent– and we see the citizens of Florence going about their day, including an argument between “Famous Ray,” “Original Ray,” and Little Caesar about who invented the pizza. In an art class Ralph Wiggum (Nancy Cartwright) uses his feet to finger paint, but Lisanardo shows up the rest of her classmates with her genius.

Her friends don’t want her in their class, saying her “gifts from heaven above,” just an angel lowers down to prove their point.Crying and singing in her room later, Lisanardo’s drawing of Vitruvian Man comes to life and starts doing the Charleston dance. She decides she’s going to show everyone by coming up with a genius invention. At nighttime, as Lisa is writing in her diary in her sleep, Bart sneaks in and steals one of the books. He delivers it to Mr. Burns (Harry Shearer), who turns Lisanardo’s inventions into weapons of war and burns down a village, killing all of its citizens. Lisanardo decides to escape to the countryside and writes The Da Vinci Code. “If this doesn’t get Ron Howard to direct, I don’t know what will.” Back in Lisa’s room in the present, Lisa tells Bart (also Cartwright) the story of another artist in Paris. Principal Skinner (Shearer) is teaching an art class, and brings in Barney (Castellaneta) as a model. Bart draws an abstract sketch and upsets Skinner. “Since you refuse to paint the still life, you’ll become the still life.” Later, the kids are out at the Moulin Rouge, where they meet “Toulouse Moetrec” (Azaria), who inspires them to follow their passions in their art. The next day, Skinner unveils the newly painted art to Superintendent Chalmers (Azaria), who is shocked by their daring approaches and refuses to show it to the visiting emperor. Homer (Castellanetta) and Marge show up as the emperor and empress and the kids hide in a giant wheel of cheese so they can sneak in and present their art to the royal couple. After being impressed, empress Marge orders both Skinner and Chalmers beheaded. 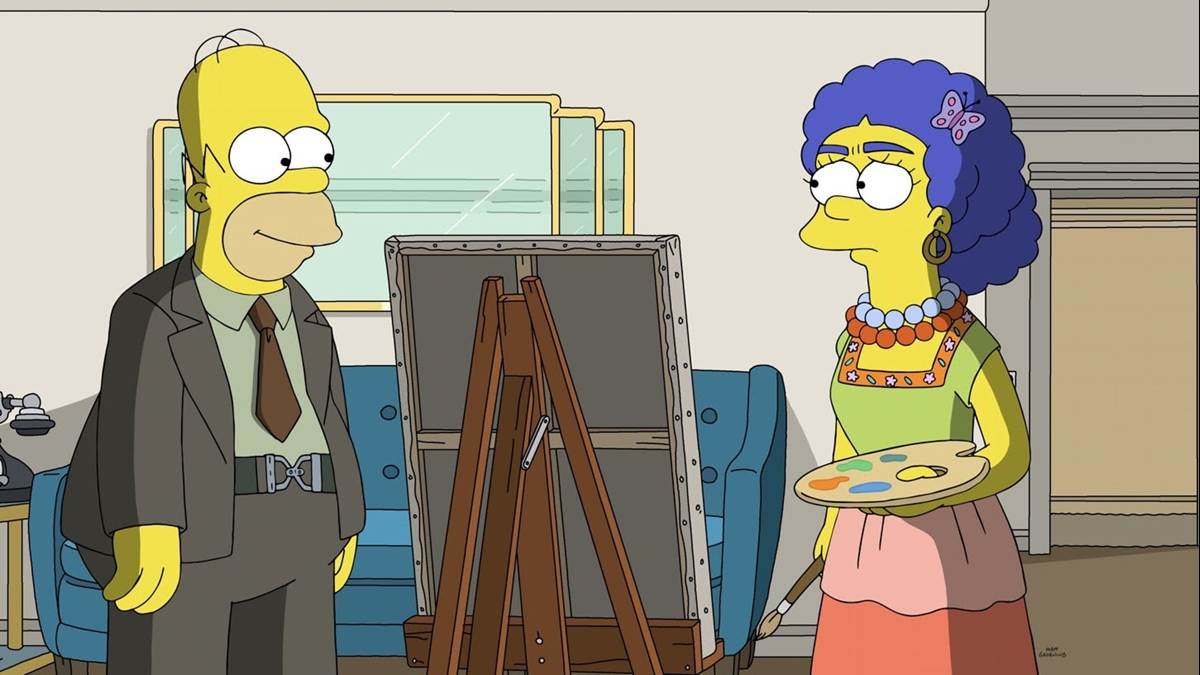 Maggie joins Bart and Lisa in Lisa’s room, where Lisa says Renaissance artists loved to put babies in their paintings. “Let’s just not think about why there are so many babies in heaven, shall we?” A brief imaginary sequence depicting era-appropriate religious iconography stars Maggie and her parents. Then Homer enters the room and Lisa begins the story of Frida Kahlo and Diego Rivera. The two artists (as Homer and Marge) get married and salute the mysterious, Zorro-like El Barto, who kills Chief Wiggum with his sword when he asks about his secret identity. J.D. Rockefeller (as Mr. Burns) hires Diego and talks about their difference in political stances. In a cut-away gag, we then learn that Bernie Sanders is being born right at that moment.

J.D. hires Rivera to create art for Rockefeller Center, and then Frida accuses Diego of selling out. She wonders what she will do while he works on his murals for the new buildings. Diego returns from “a crazy night” with the Marx Brothers to find that Frida has painted some very striking self-portraits. He calls her a genius and says he will show how in awe he is of her by starting to sleep with other women, starting an hour ago. At the unveiling of Rockefeller Center, J.D. unveils Rivera’s famous mural depicting Vladimir Lenin. Rockefeller demands that Rivera paint over the mural, and he refuses, saying there’s only one person he wants to be proud of him. J.D. releases the hounds, but they’re stuck on the 66th floor waiting for the elevator. Flashing back to the present, Lisa says Frida Kahlo became more famous than Diego Rivera. 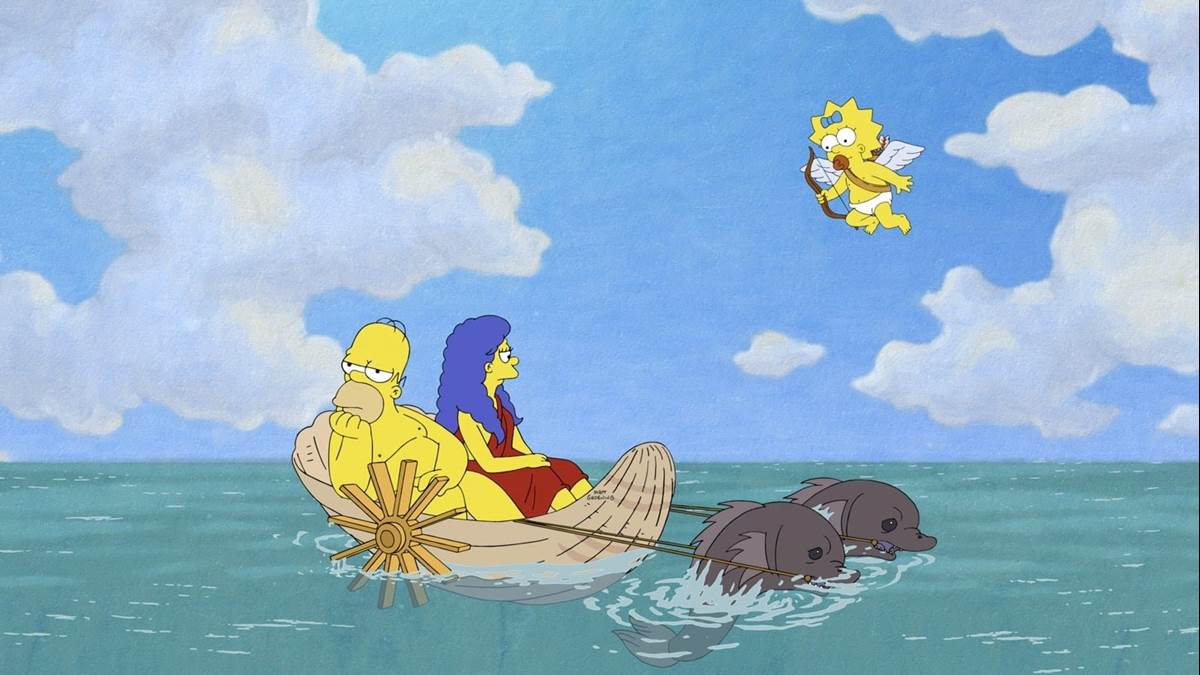 “Now it’s time for the story of Vincent Van Moe,” Moe Szyslak opens the final segment with a song as he wanders through a series of Van Gogh paintings and the credits begin to play. “Now the show is done, except the part where the chick goes ‘shhh…’”

Next week: “Treehouse of Horror XXXI”