Meet the Chimps takes viewers inside Chimp Haven, a 200-acre refuge tucked deep in the forested heart of Louisiana. There, we meet several different families of chimpanzees, separated into various different enclosures. Each episode lays out several stories involving a few of the chimps from those different enclosures. Some of those stories include the teaching of the two-year-old Carlee, a family moving into a new enclosure and the introduction of a new chimp to the compound. And that’s all just the first episode.

Not only is this new series very educational, but it’s also a lot of fun. The chimps are less a species being studied than they are characters on a reality TV show. It’s a lot of fun seeing all of their different personalities and getting to know them. The show has everything from a rambunctious young male terrorizing the rest of his enclosure to an alpha who is described as “politically savvy.” Nothing is beyond the reach of the chimps’ personalities. 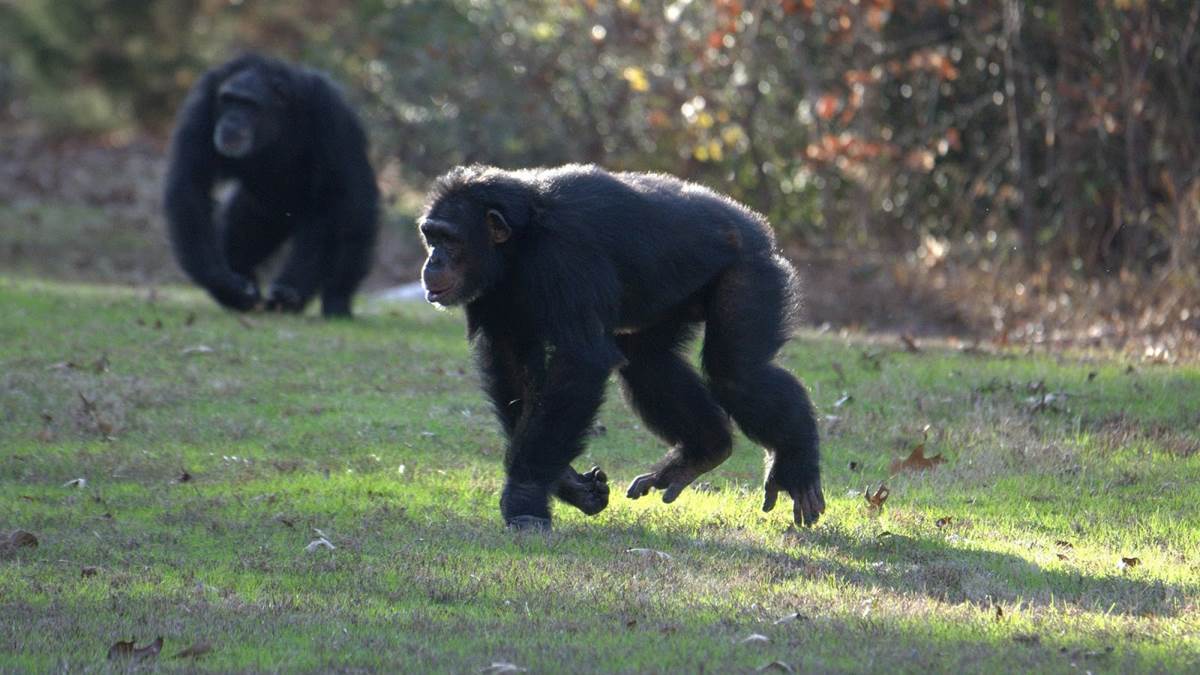 While it’s not every National Geographic series that really looks at the animals as characters, this also isn’t the first time we’ve seen something like this. Meet the Chimps isn’t really breaking any new ground, but it is about as well done as any other show of its kind.

The coverage of the chimps in their habitats comes from every angle imaginable. They really do have every last corner of Chimp Haven covered and you don’t miss any of the action. Whether it’s Carlee scavenging for her breakfast or Riley playing with the cameras in his habitat, we get to see all of the chimpanzee fun.

The Chimp Haven staff are also heavily featured in the show, popping in every now and then to explain just what’s going on in each enclosure on that given day. They also do a very good job of explaining the chimps’ behaviors and what they mean to the other animals in their habitats. Essentially, they act as the translators so we can enjoy this chimpanzee reality show. 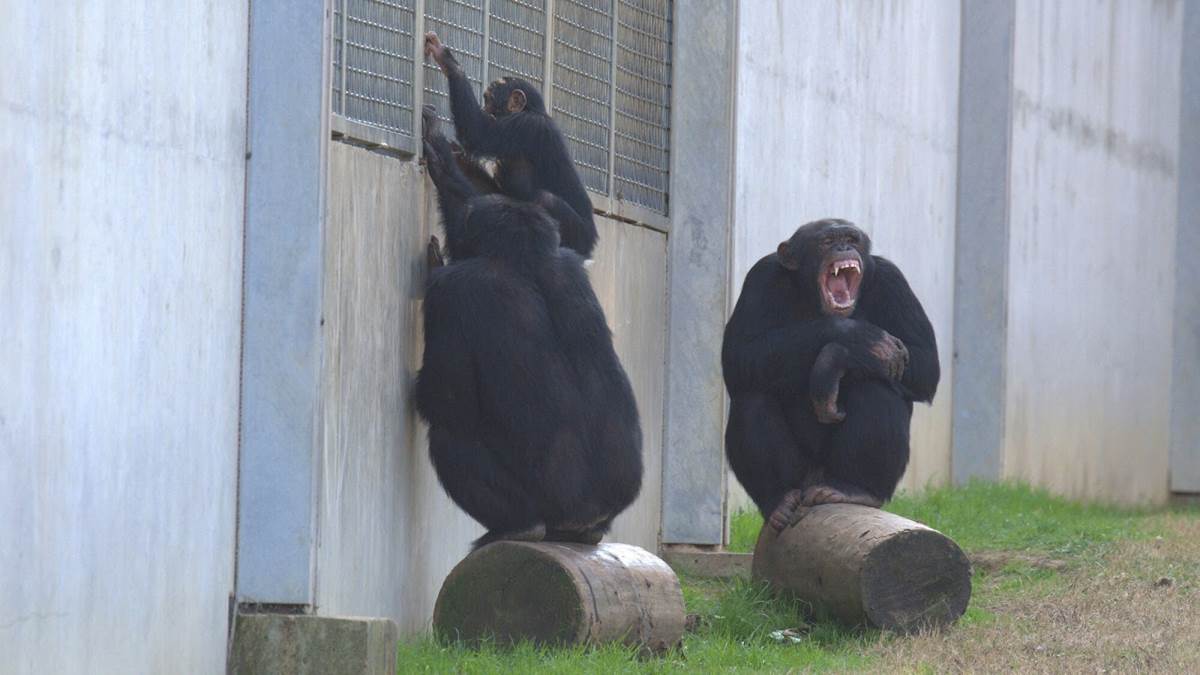 Meet the Chimps also does a very good job of making each individual chimp’s role in their respective habitat very clear, with the use of family tree-like graphics that lay out the hierarchy for us to see. While we’re frequently given a sens of each chimp’s rank vie the narration, those charts also pop up periodically for a visual aid and to remind us of which chimps are in the enclosure we’re watching.

And speaking of the narration, Jane Lynch is the perfect voice to tell this story. She perfectly walks the line of providing a familiar voice without simply being one of her many memorable characters from previous movies and television shows.

Overall, Meet the Chimps is a very fun looks at some truly fascinating animals. Watching some of their behaviors is sure to put a smile on your face and even provide a few “wow” moments. It’s not going to be something for everyone, but for those who are interested in watching chimpanzees and how they live their day-to-day lives, it’s a fun, feel-good new show.

All six episodes of Meet the Chimps will be available on Disney+ on Friday, October 16.