Hulu has introduced a series of spooky shorts titled “Bite Size Halloween” as part of their Huluween programming. The series consists of 30 different shorts from 30 different talented filmmakers, each one bringing a completely unique nightmare to life.

As you might expect with a series of 30 unique projects, some are better than others. Still, as a whole “Bite Size Halloween” is sure to have something for everyone. Whether you’re looking for something truly horrifying or something a little less intense, you can find just what you’re looking for. Let’s take a look at some of these spooky new shorts. 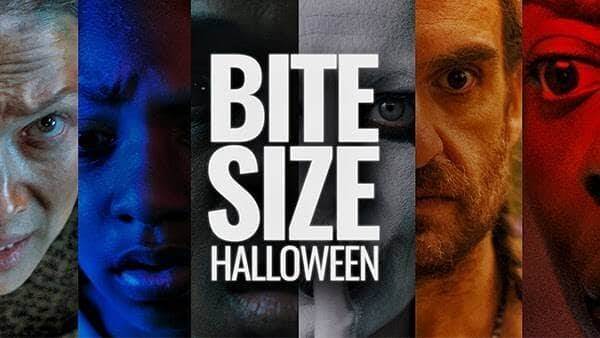 More often than not, horror movies with a runtime of more than 90 minutes will fail in an attempt to provide a good twist. Typically, it will either be predictable or just not provide a strong enough moment to make the audience care. And yet, writer and director Matt Bieler manages to accomplish this in a two-minute runtime.

“Visible” is set on a seemingly haunted basketball court, where a young girl is terrorized by some invisible intruders. Things aren’t quite as they seem though. This short tells a more complete, interesting and entertaining story in two minutes than most horror films can do in two hours.

Ancestry tests have become very popular in recent years and that’s the topic covered by “MENA.” This short serves as a cautionary tale for those who are willing to send out their DNA for testing. While it does have a very real-world feel, it’s also not exactly the scariest short.

A worker at a mundane office job swears he is “special” and decides to submit his DNA for an ancestry test to prove it. As it turns out, the company with which he shared his DNA has some different plans for this “special” man. While this short doesn’t dive into the supernatural side of the horror genre, it still somehow feels like one of the more ridiculous entries. This is one that would be more tolerable for those looking for something a bit less horrifying, unless maybe they’ve recently taken one of these tests.

Also on the less intense side, “Retreat” puts audiences inside the head of a girl enjoying a silent meditation retreat. This is a truly unique and incredibly relatable horror story. The subject of the story takes us along for her people-watching journey before she starts to get some bad vibes from the ones running this retreat.

Writer/director Jessie Kahnweiler manages to create a completely mental environment that is simultaneously unnerving and yet still so familiar. The protagonist’s thoughts pour out throughout the two and a half minutes and just about each one feels like something you might think on a daily basis. “Retreat” is also probably the most humorous of these shorts.

“Back to Cave One”

“Back to Cave One” is the adorable story of a caveman and his daughter rediscovering the long lost tradition of trick-or-treating. Featuring some fun animation, this short is an entertaining new Halloween story that could easily become an annual tradition for young viewers.

Writer and director team Maryka Laudet & Quentin Camus created a not-so-spooky addition to Hulu’s Halloween programming, which families are sure to appreciate.

Overall, Hulu’s “Bite Size Halloween” short series is a great way to get into the spooky spirit without committing to a two-hour feature film. “Visible,” “MENA” and “Retreat” are just three of the 30 new original shorts that you can enjoy on Hulu now. Whatever kind of horror you prefer, there is something for everyone. Plus, “Back to Cave One” and the rest of the “Bite Size Halloween Jr.” lineup is the perfect Halloween content for a younger audience.