Can you believe that the holiday season is almost here? With the winter celebrations fast approaching, now’s the best time to start shopping for the little ones on your gift list. To help fans plan magical presents, shopDisney and Disney store have announced their 2020 Top 15 Holiday Toy list! 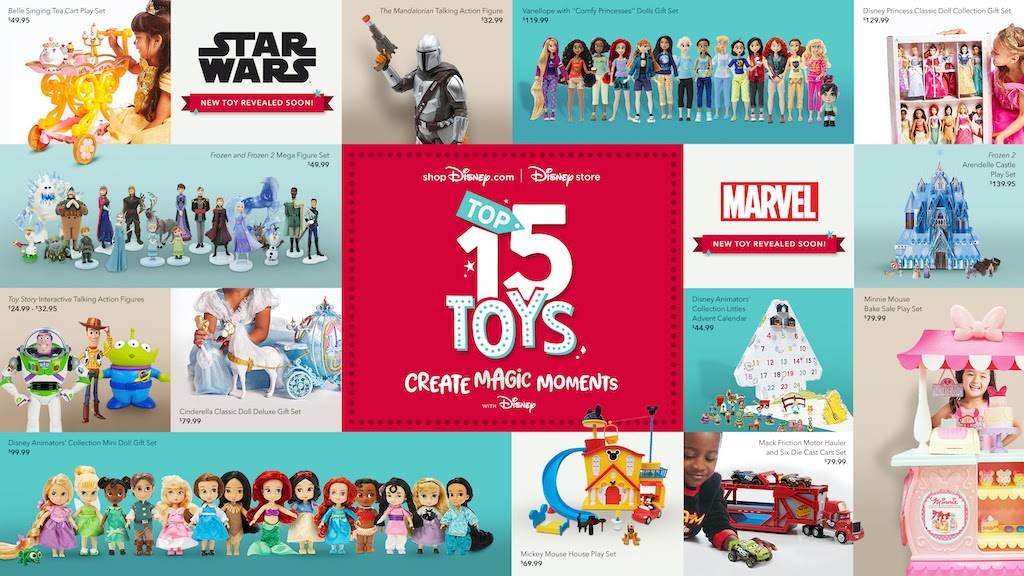 As families spend more time at home and parents need to get creative, toys play a more important role than ever. This year’s top 15 items include toys inspired by everyone’s favorite Disney, Pixar, Star Wars and Marvel characters.

All your favorite characters from the original blockbuster Disney Frozen and its sequel, Disney Frozen 2, are included in this mega figure set. Arendelle's royal sisters Anna and Elsa are featured in their different costumes, and even as little girls, in this set that includes 20 detailed figurines. An iridescent sparkle covers the outside of Arendelle's regal residence. Little fans will love recreating their favorite Frozen 2 scenes with this Arendelle Castle Play Set that comes with a cast of characters and opens up to reveal an array of rooms. Press the top window to activate music and lights! 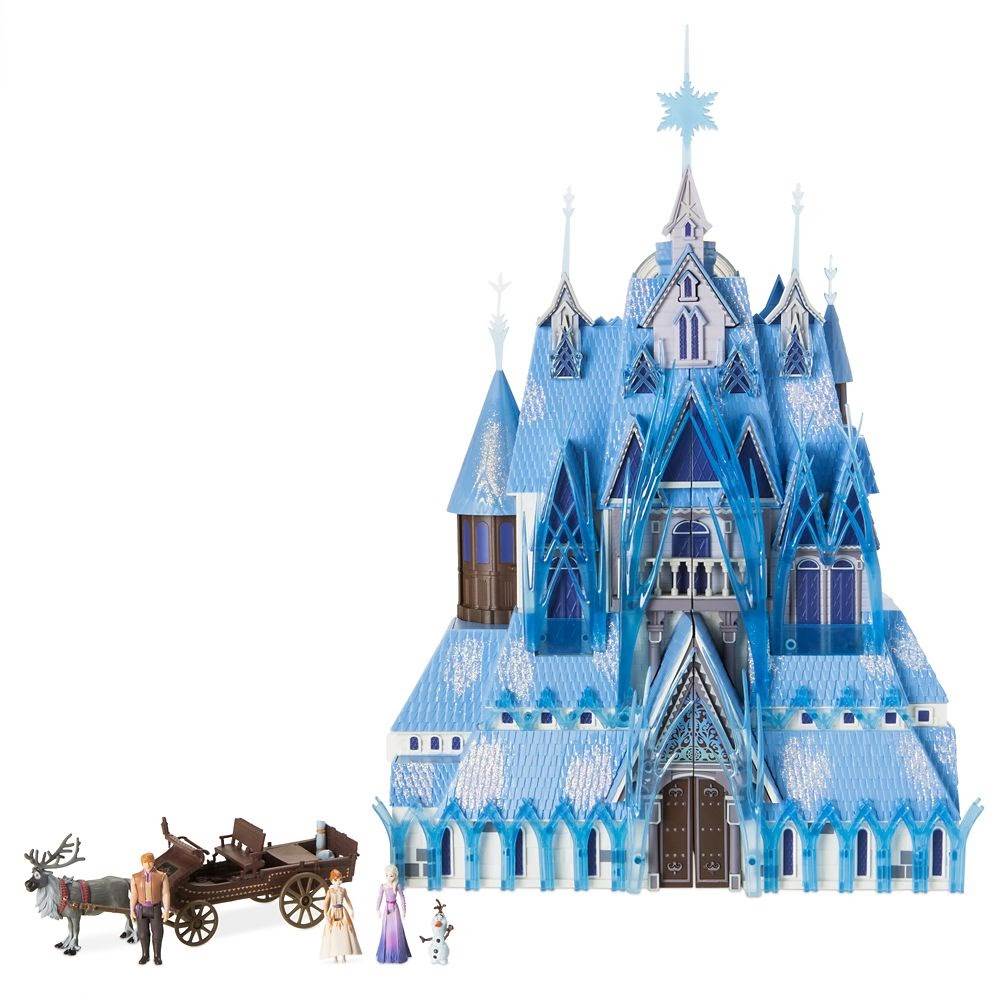 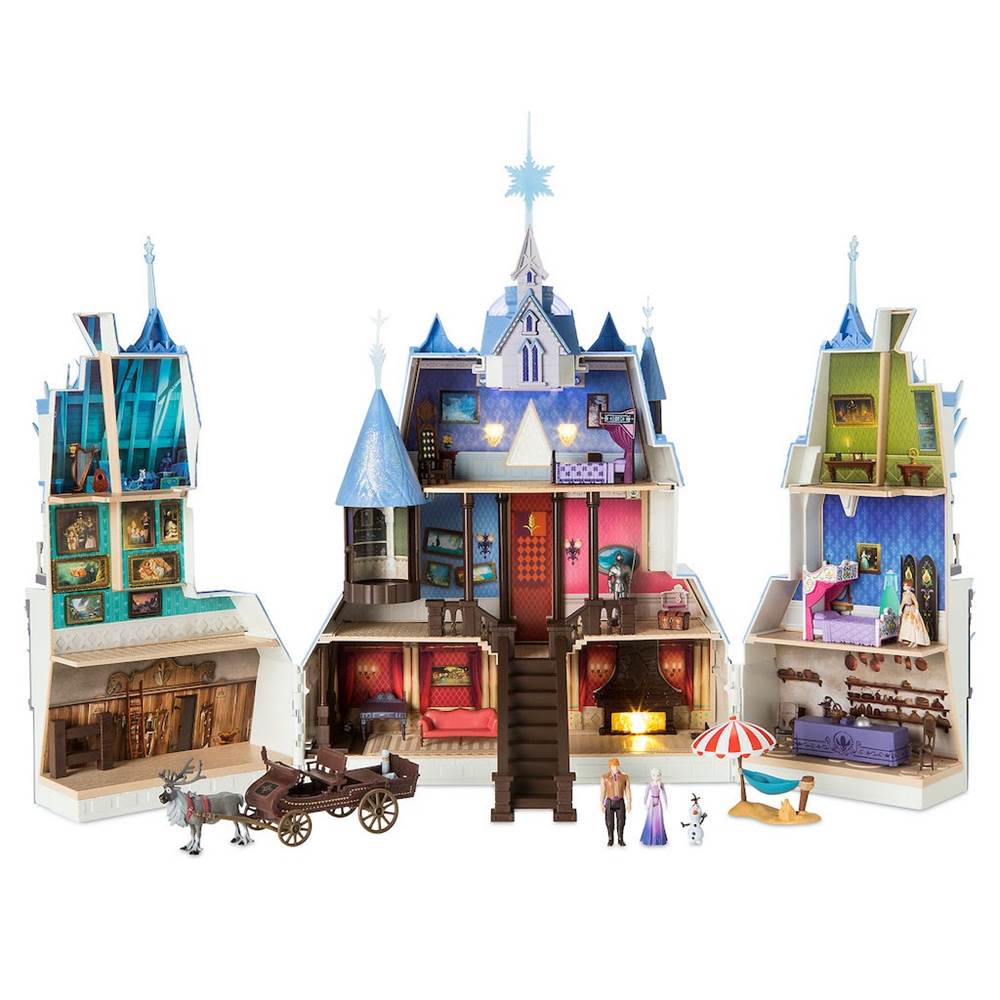 Imagine 11 classic Disney Princesses together in one beautifully gift-boxed doll collection! A wish is granted with this dazzling set of fairytale heroines, each costumed in royal splendor. 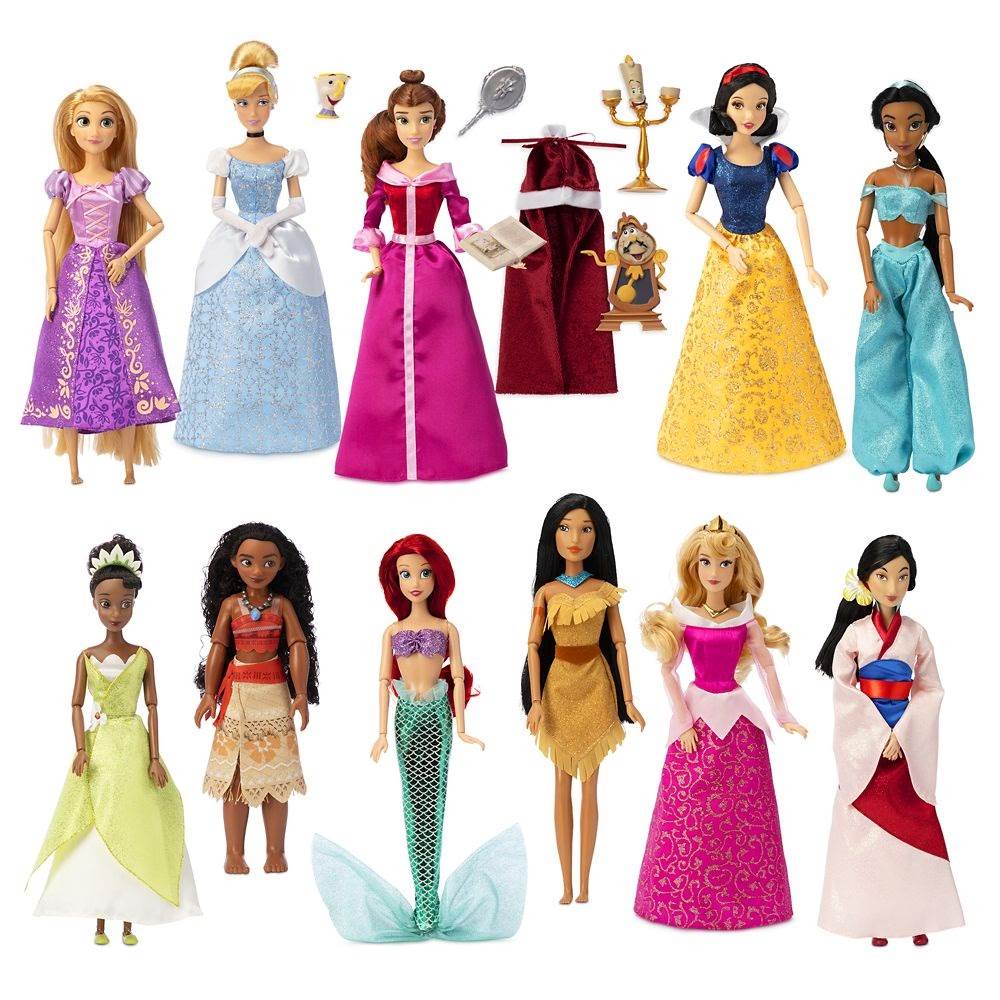 Vanellope is hanging out with her new BFFs, the comfy royals from Ralph Breaks the Internet, in this 15-piece doll set. This fun set shows the characters in their casual clothes just like in the movie! They'll be tree-mendously excited to count down to the big day with this Disney Animators' Collection Littles Advent Calendar. The holiday tree design has 24 doors and behind each one they'll find either one of their favorite Disney characters, an accessory, or a festive item. 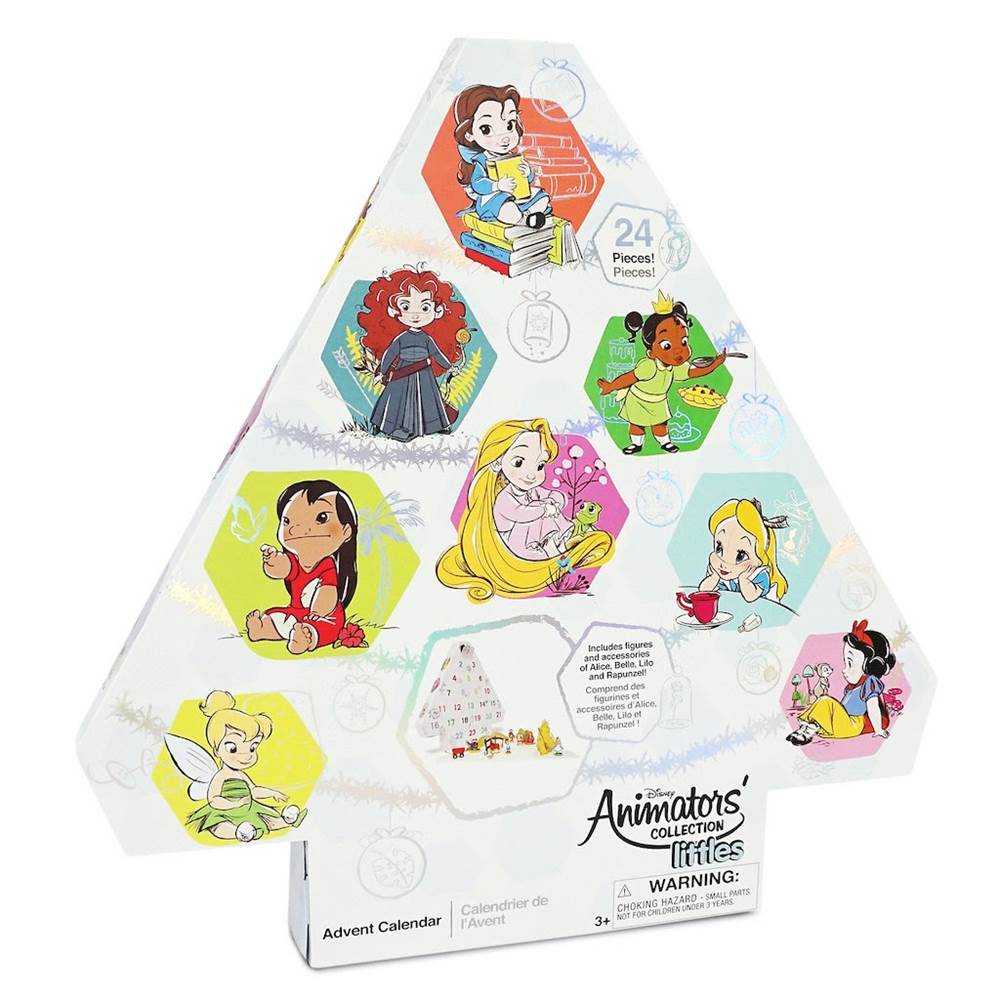 Hot dog! Mickey's playhouse is filled with hours of fun. It showcases three levels of action-packed features, lights and sounds, a car, and furniture for the Mickey and Pluto figurines to enjoy (…kids will too!). 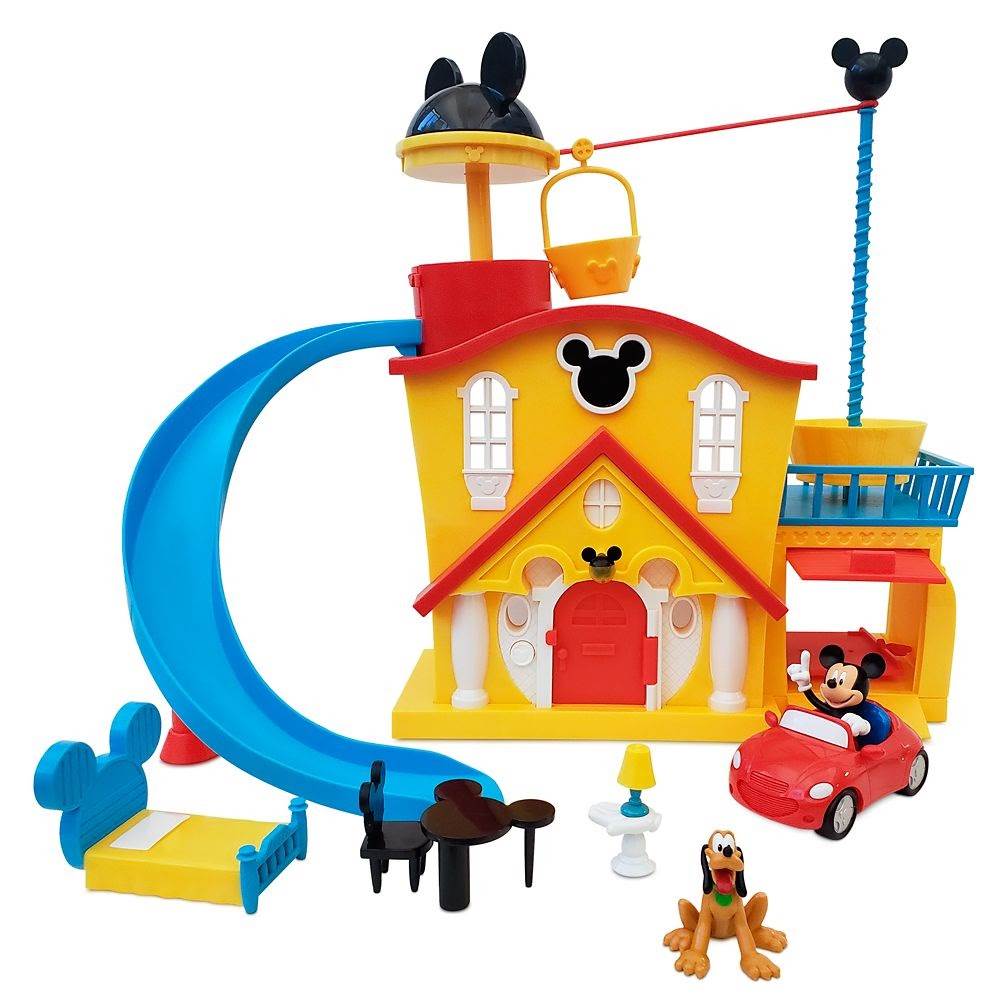 Join an enchanted tea party with this delightful Beauty and the Beast Singing Tea Cart. Lumiere sings “Be Our Guest” while Mrs. Potts and Chip set the scene for tea time, all the time! Buzz Lightyear, Sheriff Woody and Toy Story Alien are never at a loss for words and have plenty to say as an interactive talking action figure. Each feature more than 10 phrases and starts speaking when another character from the set is nearby. 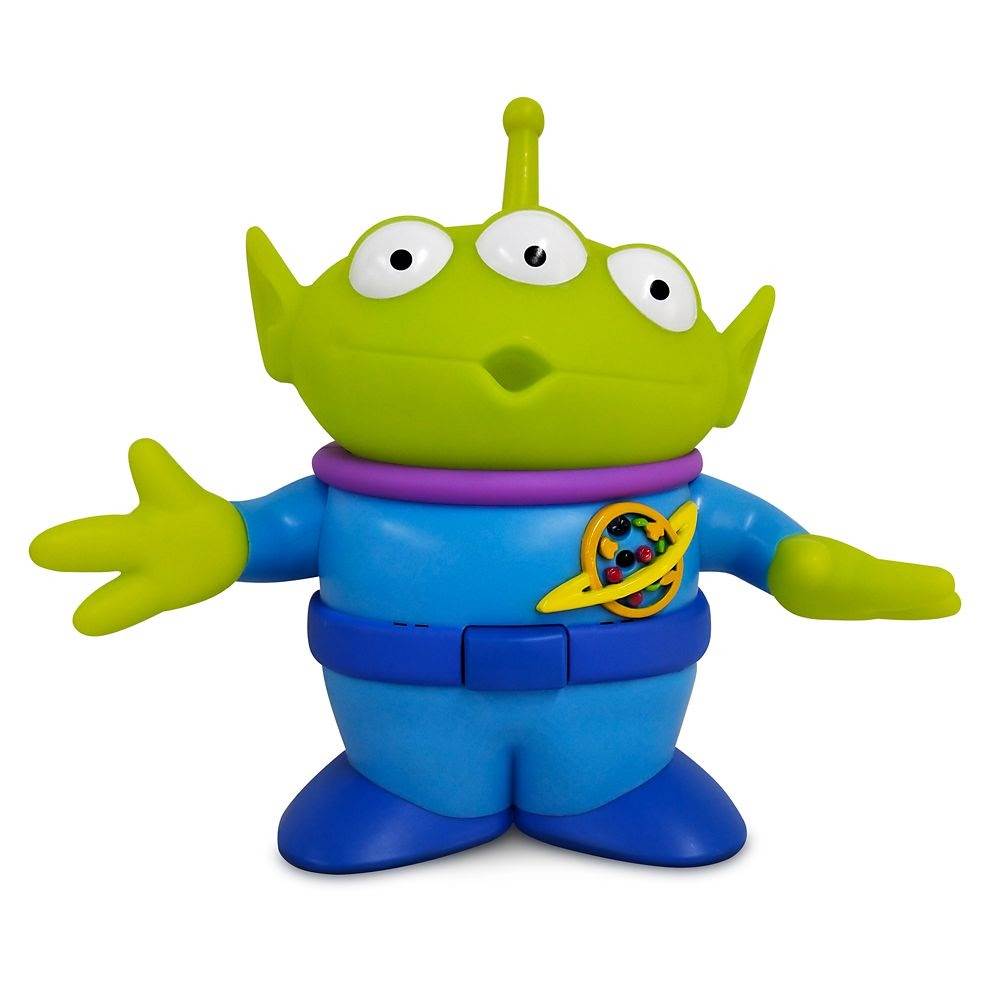 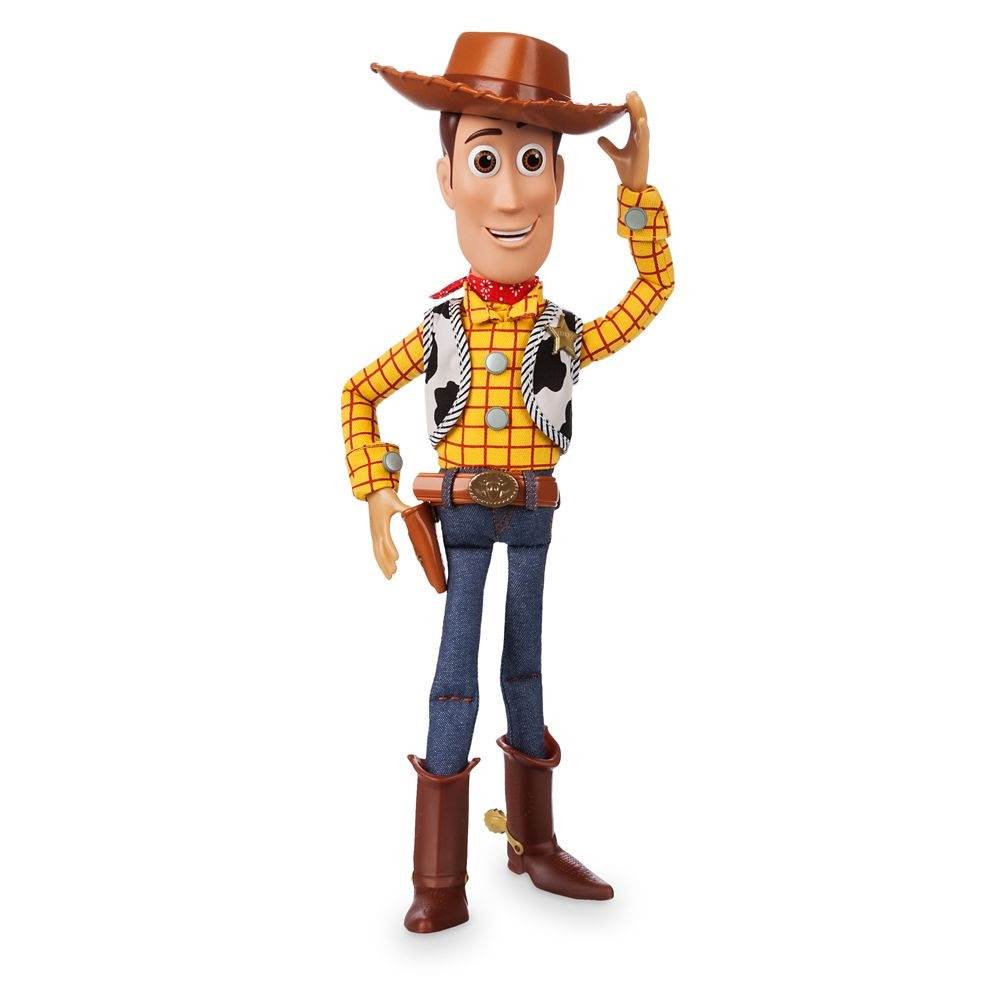 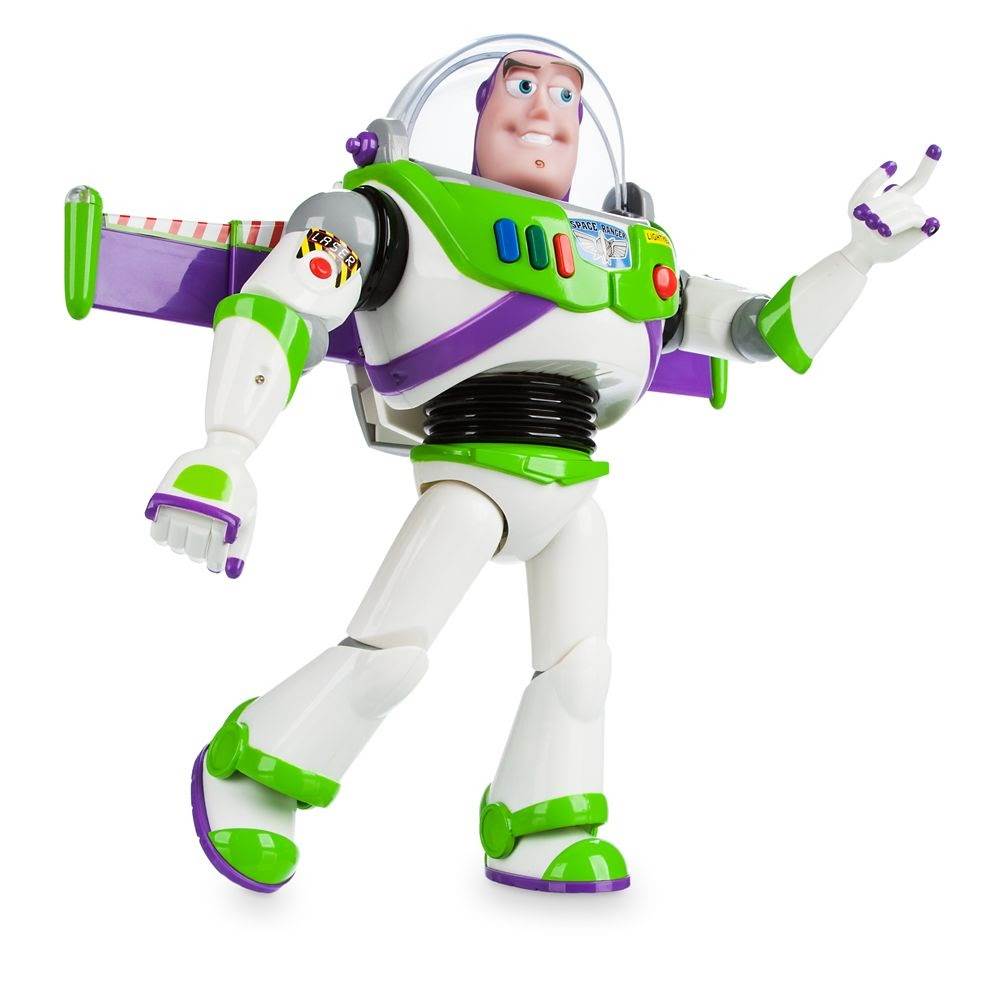 Over the next few weeks, more great Disney toys and playsets will be debuting on shopDisney and at Disney stores nationwide, including two top secret Marvel and Star Wars releases coming on October 26th!

Your little ones will love bringing their favorite Disney fairytales to life with this spectacular gift set featuring 5'' mini dolls from the Disney Animators' Collection. Snow White, Tiana, Moana and Mulan are among the 14 dolls featured as youngsters, all presented in a decorative carry case for on-the-go adventures. 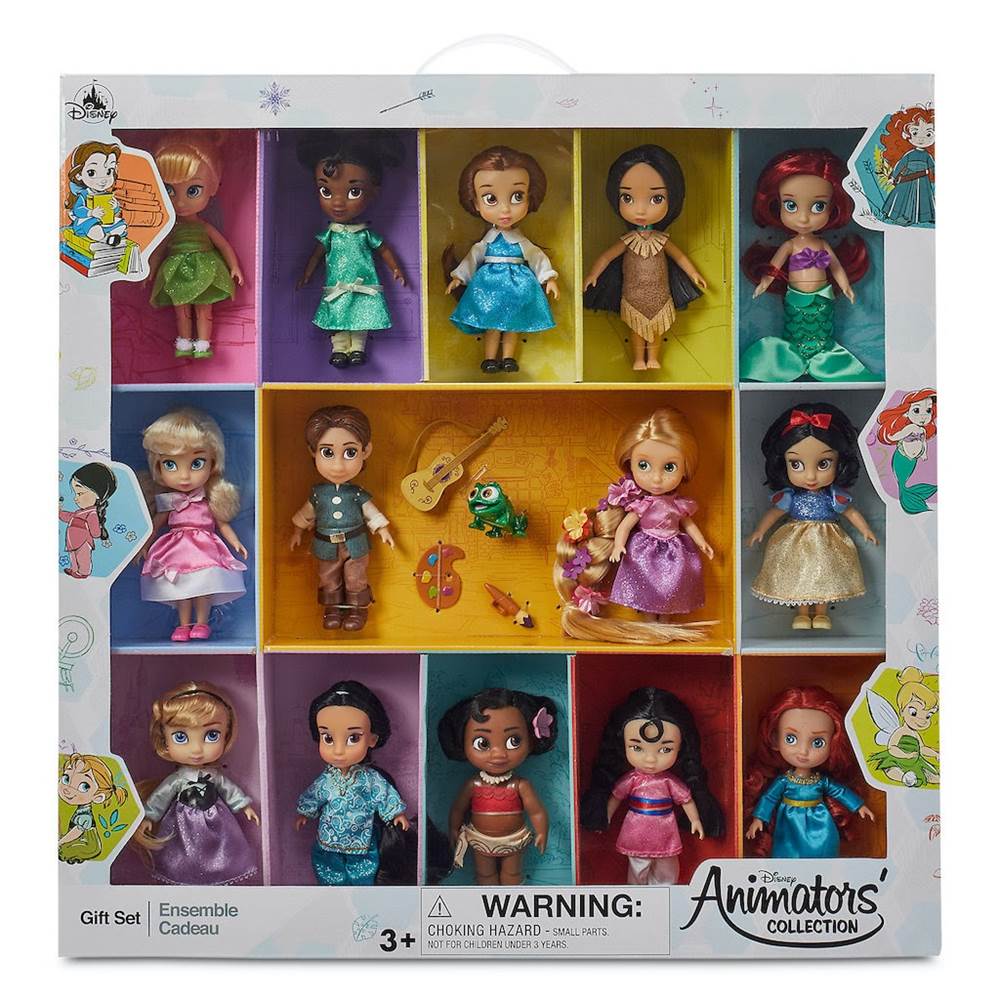 Bring the drama and excitement of The Mandalorian to life with this talking action figure of the notorious bounty hunter. Highly detailed, with multiple points of articulation, it features character phrases from the Disney+ series and includes a light-up flamethrower and sound effects. 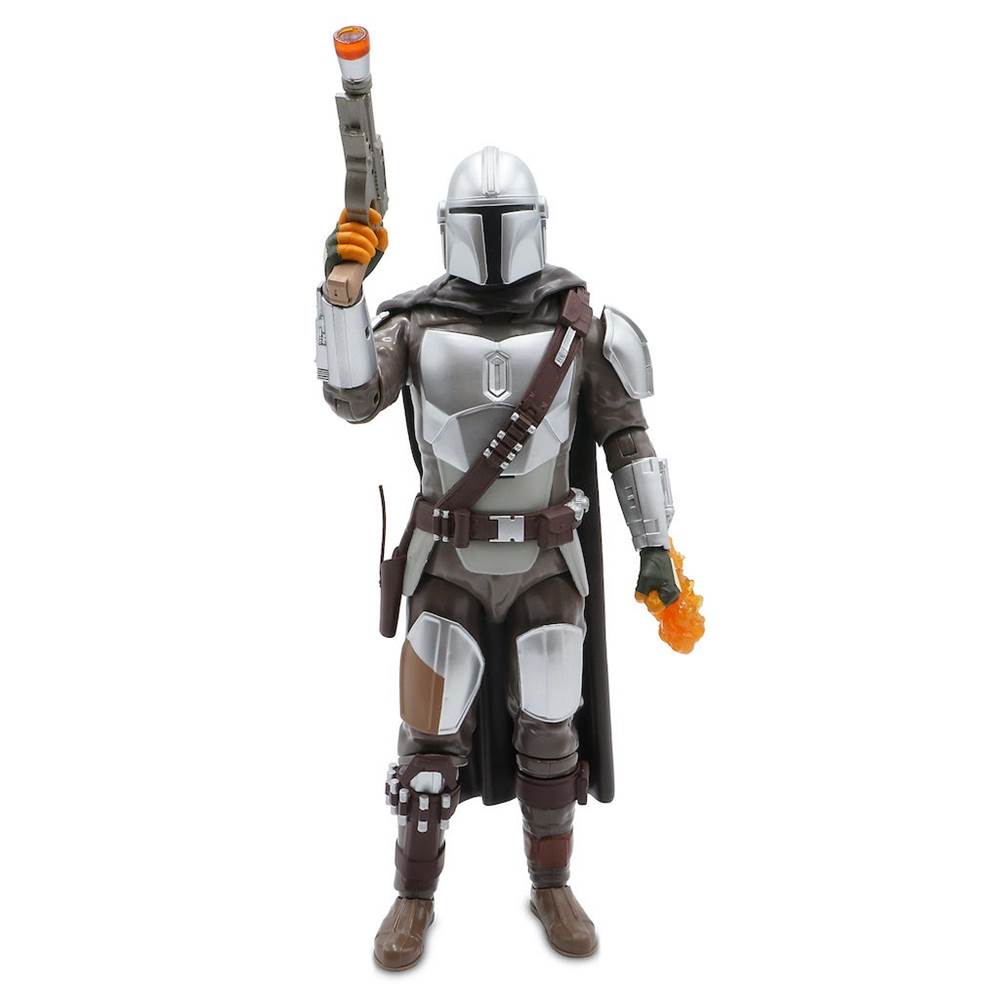 Kids will play happily ever after as they bring Disney's fairytale to life with this Cinderella Classic Doll Deluxe Gift Set. Wearing her sparkling ball gown, Cinderella travels in style aboard her light-up pumpkin carriage pulled by a white horse that actually walks. Load them up and haul them out! Mack has a lot to say for himself as he transports Lightning McQueen and five of his friends from Disney and Pixar's Cars films. Mack features character phrases and light-up headlights, plus space for additional vehicles.

Business is going to be brisk when your young chef has their own bake sale with the help of Minnie Mouse and her Sweet Treats Stand. The play set features a double-sided stand that's over 3-ft. tall and includes an open/close sign, cash register with sound effects, and lots of play cakes so they'll enjoy hours and hours of delicious fun. 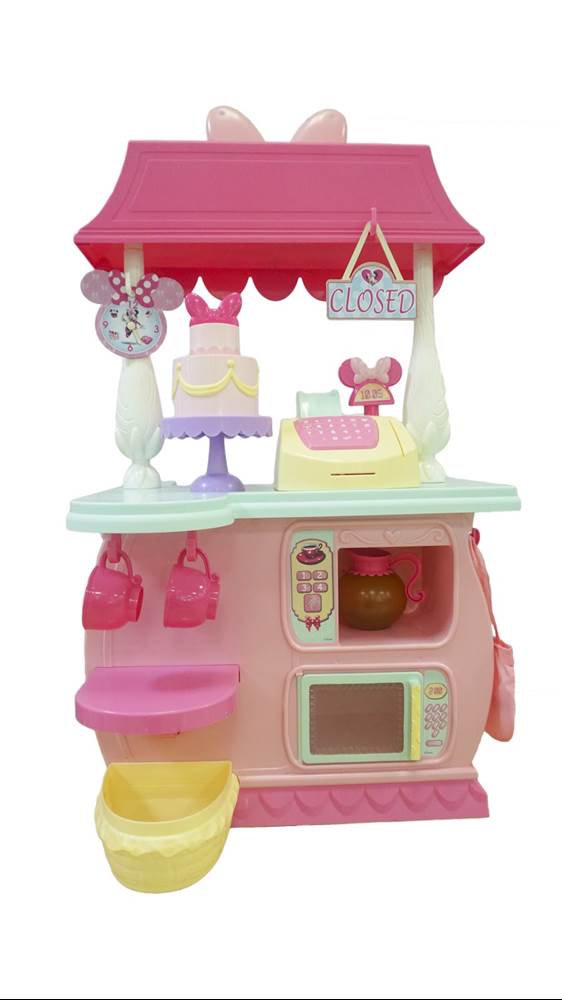