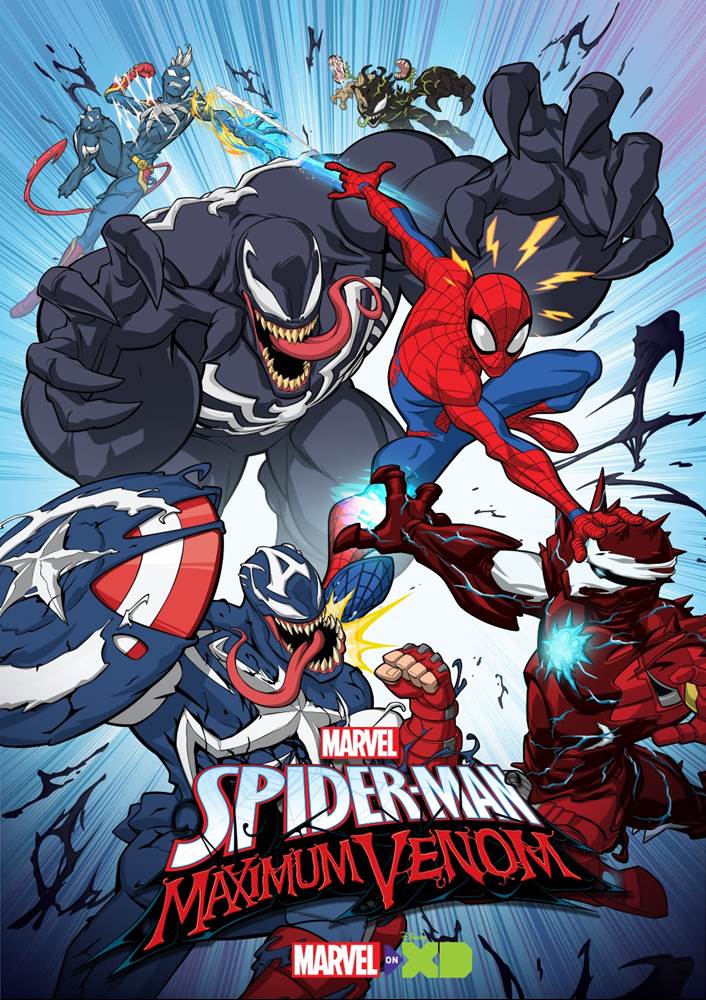 It is a bittersweet evening in my house, as we just watched the finale of Spider-Man: Maximum Venom on Disney XD. In the finale, Spider-Man and his friends need to protect Earth from Venom and his symbiote sisters. (Fun Disney Channel Fact: Zombies 2 stars Meg Donnelly, Kylee Russell, and Carla Jeffrey voice Scream, Scorn, and Mania). While the finale does a lot of heavy lifting in its one-hour time slot, I would be lying if I didn’t say that I wish there was more.

This episode, while featuring earth endangering stakes, spends a lot of time on character moments which have been this iteration of Spider-Man’s strong suit. Perhaps that is what made it so tough for this to be the finale. We want to see Peter and MJ’s relationship bloom. We want to see Miles make peace with his family. We even want to know what happens between Gwen and Grady. It isn’t the action that I am going to miss. There are plenty of outlets for Marvel style action, but this show found time to help us fall in love with the characters. Spending time with everyone each month is what I am going to miss the most.

I always believed that comic books fit the animated series perfectly. Animation can express whatever your imagination can conceive, just like a comic page can.. Also, the episodic format is similar to the ongoing serialization seen in most comics. In fact, ask many Marvel fans of my generation, and they will let you know that the 90’s X-Men animated series was their gateway into fandom, long before the MCU existed. Spider-Man: Maximum Venom showed that even though animation and Marvel have evolved from there, the content and medium still make a good fit.

One would think that Disney executives agree, with even more Marvel Animation having been announced. Disney Junior has Spidey and His Amazing Friends for a 2021 debut. At Disney Channel, Moon Girl and Devil Dinosaur was announced at the last D23 Expo. Even Hulu is getting into the game with the M.O.D.O.K. series for adults. And of course, there is the What If…? series coming to Disney+ in mid-2021.

While these other series might be a balm for the end of Spider-Man: Maximum Venom, the true look at the future happened in the final minutes of the series. So come back and read after the image once you had a chance to see the episode on Disney XD or DisneyNOW. 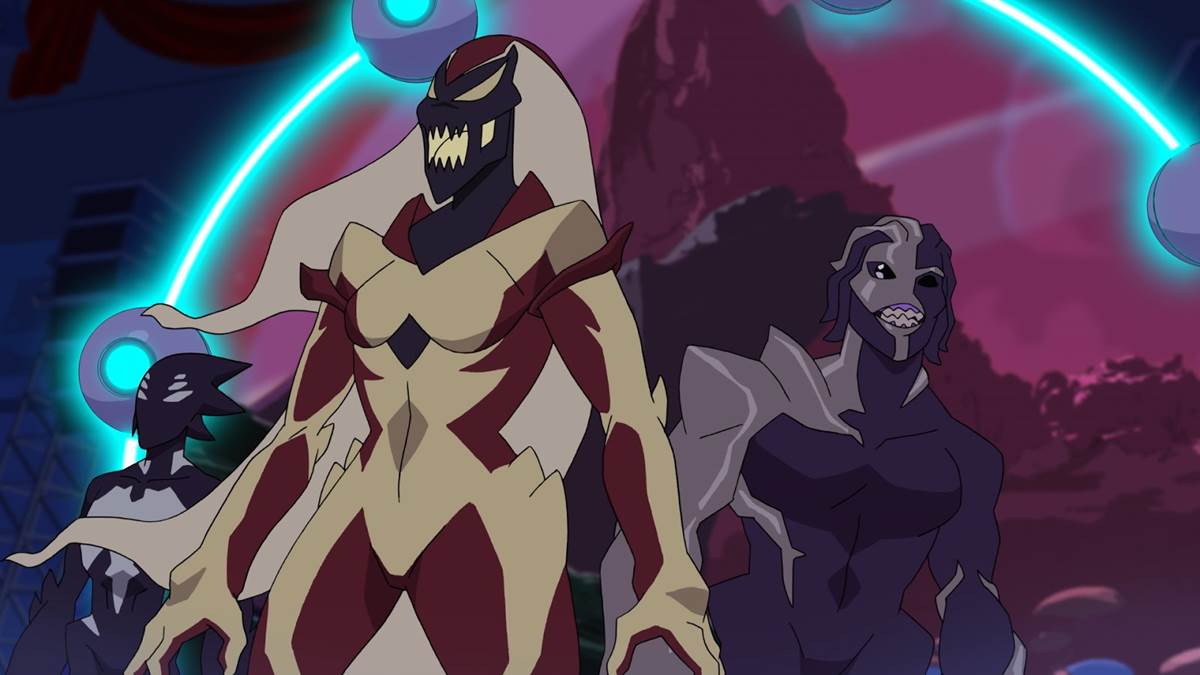 We have all been waiting patiently for Avengers Campus to open at Disney California Adventure. So when we see the formation of the World Engineering Brigade, or W.E.B., it can’t help but build more excitement for this project. Since it has been a while, you may need a reminder that W.E.B. is the setting for the interactive Spider-Man attraction in Avengers Campus. While we don’t know how much longer we will have to wait before setting foot into Avengers Campus, we will get more W.E.B., when the delayed comic W.E.B. of Spider-Man is released this December. Avengers Campus obviously plays into the “Peter Parker as a scientist” angle of the Spider-Man mythos which has also been at the heart of the latest Spider-Man series, so it makes sense that there would be a connection. The aspirational nature of this served the show well and I believe will be a great attribute of the attraction.

To recap, here is some more Marvel fun we are looking forward to in the absence of Maximum Venom,

TBA: Spidey and His Amazing Friends, What If…?, and Moon Girl and Devil Dinosaur

Not to mention the inevitable opening of Avengers Campus at the Disneyland Resort. I will miss Spider-Man: Maximum Venom but I have faith that the ideals of Spider-Man and his friends will inspire great storytelling for years to come.