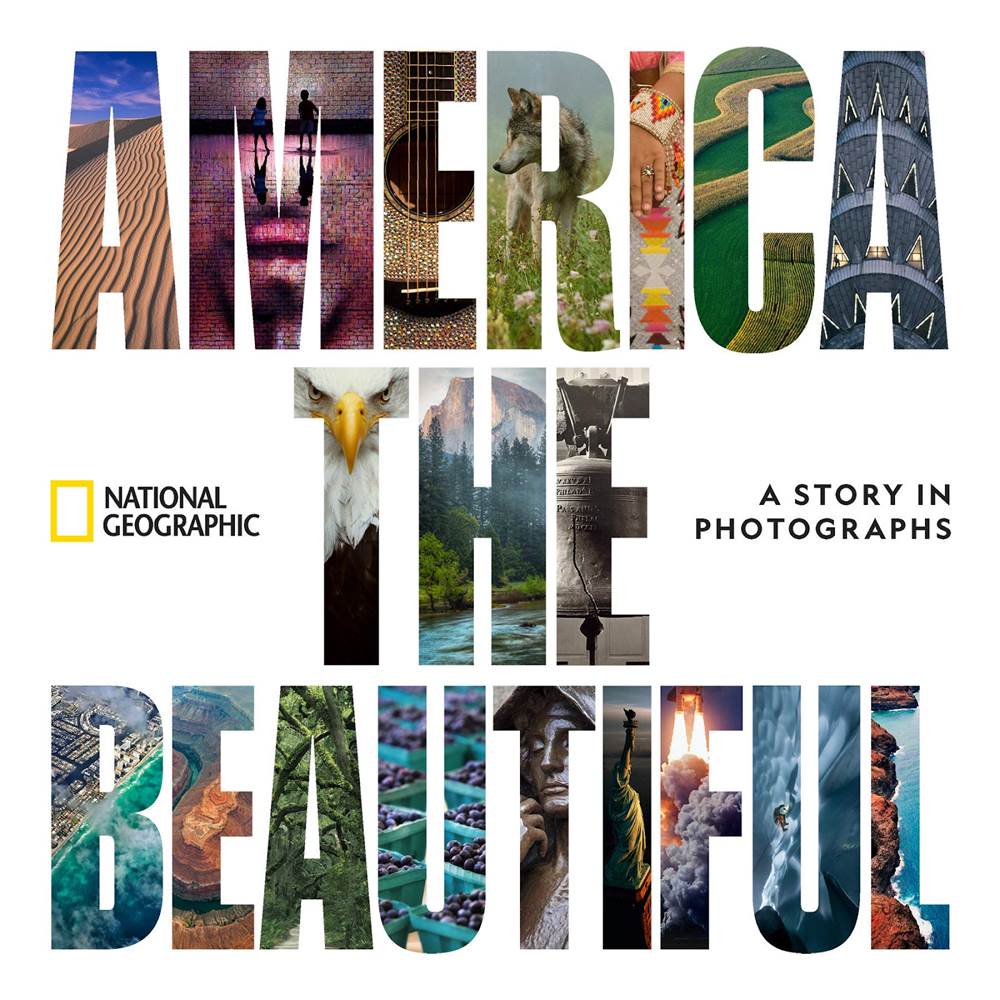 If you grew up in the United States, you probably know the first verse of “America the Beautiful,” first written as a poem in 1893 by Katharine Lee Bates and later put to music, most popularly to a tune by Samuel A. Ward in 1910. That’s how an 1882 melody originally called "Materna" and a poem published a decade later originally titled “Pike’s Peak” became ingrained in American culture. In National Geographic’s beautiful new book, America the Beautiful: A Story in Photographs, readers will get to explore all 50 states and all of the territories that make up the United States of America within the context of Bates’ full poem.

The book begins with a fascinating introduction by Jill Lepore, a Harvard University Professor of American History who puts Katharine Lee Bates’ trip to Colorado that inspired the poem into perspective and also adds context to the era she wrote it in (and some of her other notable works about her country). The book is broken up into four chapters by region and each state or territory has an introduction from a notable resident. This is often a celebrity or a well-known pioneer, with examples including Bob Iger, James Earl Jones, Lebron James, Eva Longoria, Robin Roberts, and Barack Obama. There’s also a bit of synergy with several well known National Geographic explorers providing their state’s introduction, including Joel Sartore of The Photo Ark.

Hundreds of high quality photos grace these pages, primarily taken within the past decade. But National Geographic has gone through their massive photo archives and the oldest photos featured were taken around the turn of the century, including a National Geographic Society exploration of New Mexico’s Carlsbad Caverns that made the location a national park and men working to carve Mount Rushmore in South Dakota. When photos are placed side-by-side, they often complement each other beautifully, such as 382-383, which depicts muddy all terrain tires in Missouri on the left and women in Ohio in 1940 posing atop giant Goodyear tires for a photo shoot.

National Geographic has also taken seriously their job of showcasing America as it really exists, then and now, and not a saccharine view of it. By the end of the book, you should feel like the diversity of peoples and cultures have been put on full display. It’s not a history book, but any aspect of our nation’s history since the writing of Katharine Lee Bates’ poem is represented in one way or another. Speaking of the poem, each of its four verses are presented at the start of each chapter with more explanation about why the text fits the locations you’re about to experience.

When you’ve known something like “America the Beautiful” since before you can remember, you don’t really stop to think about its origin and deeper meaning. Not only does National Geographic’s America the Beautiful: A Story in Photographs give you the fascinating context, but it also takes you to the real America, as it existed then and now. Your admission for this trip of a lifetime is a mere $40 suggested retail price.