The UFC will cap off its very busy month of October with one last Fight Night on Halloween night. Fittingly, the main event will feature one of the scariest men to ever step into the octagon, with an even more fitting nickname, in a middleweight bout with some major implications.

On top of that, two bright young stars in the UFC’s featherweight division will clash as they both look to continue to climb the rankings. Plus, two heavyweights will look to take the next big step as they look to crack the top 15 in the division.

Typically, when two heavyweights step into the cage, you can expect them to throw their heavy hands looking for a quick finish. That is not as often the case when you’re talking about Maurice Greene however. Of his nine wins (9-4), five have come by way of submission, including his most recent victory – an arm-triangle choke of Gian Villante in June. The 6’7” Greene is a very strong grappler who will likely look to grab hold of his opponent.

Hardy fits the mold of that aforementioned typical heavyweight. The former NFL defensive end sports a 6-2 record with five wins by way of knockout. Hardy is an incredible athlete whose only losses have come by a disqualification due to an illegal knee and a decision loss to Alexander Volkov, who is currently the sixth-ranked heavyweight in the UFC. Hardy has some serious power in his hands and is getting better each time out. He’ll look to inch closer to cracking those heavyweight rankings with a win tomorrow night.

From the big guys, we drop all the way down to the featherweight division where a very promising young up-and-comer will look to keep his undefeated record intact. Mitchell comes into this fight the 15th-ranked featherweight, with a perfect 13-0 record. A very talented grappler, nine of his 13 wins have come by submission, including a rare Twister victory back in December. He is yet to put anyone away with his striking, so it seems likely he will look to use those submission skills once again here.

That will be easier said than done though, as Fili is an experience fighter with 28 fights under his belt. Coming from Team Alpha Male, one of the most well-known MMA teams in the world, he is familiar with working with some very strong grapplers. Fili will likely look to use his wrestling to keep the fight on the feet and use his striking, which has earned him nine knockouts en route to his 21-7 record. Plus, Andre “Touchy” Fili  has one of the best nicknames in the sport. So, he has that going for him. 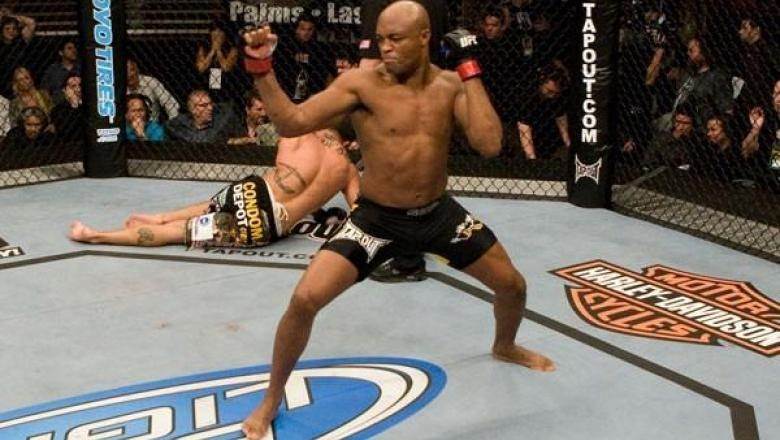 Since the UFC was founded in 2003, the organization has seen a number of big stars come and go. Chuck Liddell, Georges St. Pierre, Brock Lesnar, Jon Jones, Conor McGregor – perhaps none of them were quite as dominant and had the same aura as Anderson Silva. “The Spider” still holds the record for longest winning streak in the UFC with 16, but it was the dominant manner in which he won that really made him the star he was.

Recently though, the aging legend has been a shell of his former self. Silva has just one win in his last eight fights and is currently unranked in the middleweight division. His most recent bout saw him suffer a TKO loss to Jared Cannonier due to leg kicks. Still, he is one of the greatest fighters of all-time and will always be dangerous in every aspect of the sport. On a personal note, seeing his dominant victory over Forrest Griffin in person at UFC 101 in 2009, was probably the most incredible live event I have ever witnessed. I will always be in awe of the unbelievable talent of Anderson Silva and hope for the best for him.

On the other hand, Uriah Hall is currently the 10th-ranked middleweight in the UFC and is looking for his third straight win. With a 15-9 record and 11 knockouts, Hall is a very dangerous and well-respected fighter in the middleweight division. He is also very well-rounded and at this point in their careers, he likely believes he can beat Silva in any aspect of the fight. Hall will likely dictate the pace and where this fight takes place. It will just be a matter of whether or not Silva can keep up.