Episode 5 of The Right Stuff begins with the astronauts meeting about the flight order for the first three Mercury missions. Everyone is on edge, but before we learn the roster, the story jumps back a few days and catches up with Trudy Cooper (Eloise Mumford). Getting ready to fly, Cooper meets with Jerrie Cobb (Mamie Gummer) who is a well-known pilot and is seeking Trudy’s help to promote a female core of astronauts. Cobb thinks Trudy would make an excellent candidate for the program, and she asks Trudy to speak to her husband Gordon (Colin O’Donoghue) to support the female astronaut candidates to NASA. 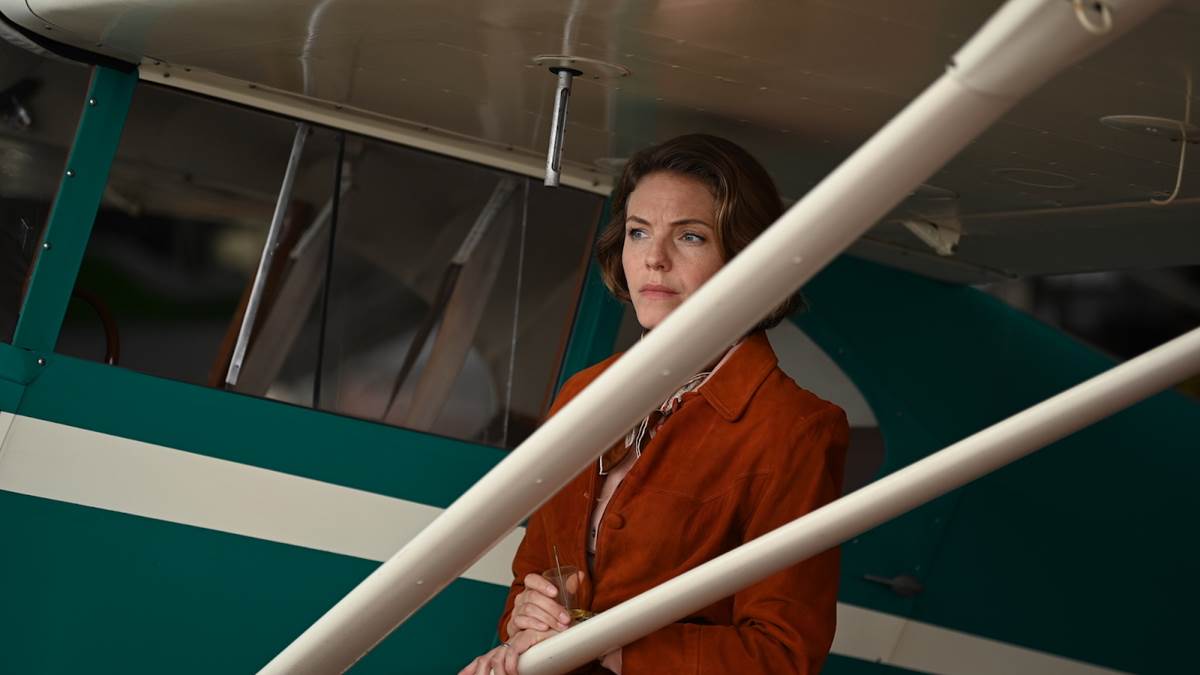 The astronauts are on another tour to shore up support for the program and to speak at a convention at the Kona Kai hotel. The thought of entering another ballroom and talking to a large crowd fills the Mercury Seven with dread and they take a few minutes to relax on the beach and have a drink. John Glenn (Patrick J. Adams) doesn’t feel comfortable joining his fellow pilots on the beach and enters the convention hall.

Out on the beach the men sit by a fire and drink together in a moment of honesty amongst the competitive test pilots. Cooper admits to his mistake that almost killed Gus Grissom (Michael Trotter) which ends a silent resentment between the two men. John Glenn joins his fellow astronauts and partakes in a drink. The team is coming together. It feels like everyone has grown, and even the Cooper’s are hitting reset on their marriage.

Gordon and Trudy even connect for a night away from the kids at the Kona Kai hotel. Everything is going well, until the early hours of the morning when Alan Shepard (Jake McDorman) knocks on Glenn’s hotel room door asking for help.

Shepard spent a drunken night out where he was photographed in the company of another woman. The photographer works for a local San Diego paper and the pictures and story will run in the morning edition. Shepard pleads with Glenn to help stop this from coming out to the public. Glenn spends most of the night calling anyone and everyone until he can reach the editor of the paper. After a persuasive conversation, Glenn’s passion and word choice prevails and the next morning Glenn and Shepard look on in relief to see that the story was killed.

Furious at how close the bad press could have damaged the space program Glenn calls the guys together and informs them of what happened the previous night with Shepard. He implores his fellow astronauts to tighten up their private life and not let their shenanigans compromise the program. During the conversation, Shepard learns that Glenn called the NASA public relations guy to help clear up the Shepard mess.

Shepard views this move by Glenn as an attempt to sabotage his chances at first flight. Glenn spends the rest of the conversation reminding his fellow astronauts of all the great things they have been able to enjoy thanks to Glenn’s work. Rather than being thanked, Glenn is disliked by his fellow Mercury Seven astronauts and the meeting ends.

The episode ends with the flight order assignments and the first three spots are chosen. Bob Gilruth (Patrick Fischler) puts the responsibility back on the astronauts and asks them who they would choose other themselves. The three are chosen and Alan Shepard is first, followed by Gus Grissom, then John Glenn.