Episode 8 of The Right Stuff opens on May 5, 1961. It’s the early hours of the morning and Alan Shepard (Jake McDorman) is being escorted to his Mercury capsule ‘Freedom 7’. Strapped into the capsule, Shepard thanks Gus Grissom (Michael Trotter) and makes peace with John Glenn (Patrick J. Adams) before being sealed into his seat. 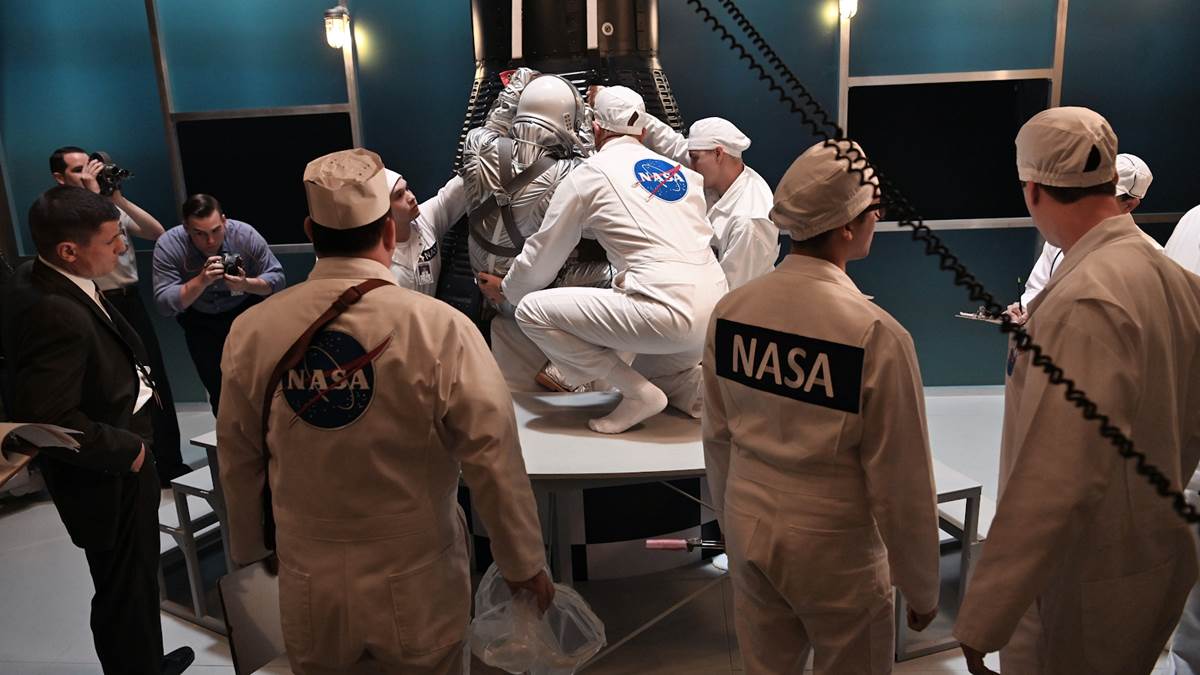 Delayed on the launch pad, NASA, and the world watching at home wonders if the flight will happen. Louise Shepard (Shannon Lucio) faces reporters looking for some comment. She spends this time inside with her family waiting for Alan to launch. The tension in the Shepard home is nothing compared to the people in Mission Control at NASA. Waiting for a part on the rocket to be replaced and then wondering if Shepard will cause damage when he urinates in his space suit, the go for launch is given, and the countdown resumes.

The world along with NASA watches as Shepard’s rocket lifts off from the ground heading towards space. Everything goes well, and despite a few moments of silence, Shepard returns to a safe splashdown in the Atlantic Ocean.

Trudy is angered by Gordon’s comment about women going to space and intends to leave him to join Jerrie Cobb (Mamie Gummer) and her female astronaut program. Gordon is left alone in the house again wondering what he will do, and whether he will be able to stay in the Mercury program.

What’s next for NASA is answered by President Kennedy a few weeks after Shepard’s flight. Kennedy calls on the Congress to continue funding NASA, and to commit to sending a man to the moon before the end of 1969. Chris Kraft and NASA head Bob Gilruth (Patrick Fischler) are flabbergasted at the audacity of the young president. They don’t believe they could accomplish this task by 1980 let alone 1969. 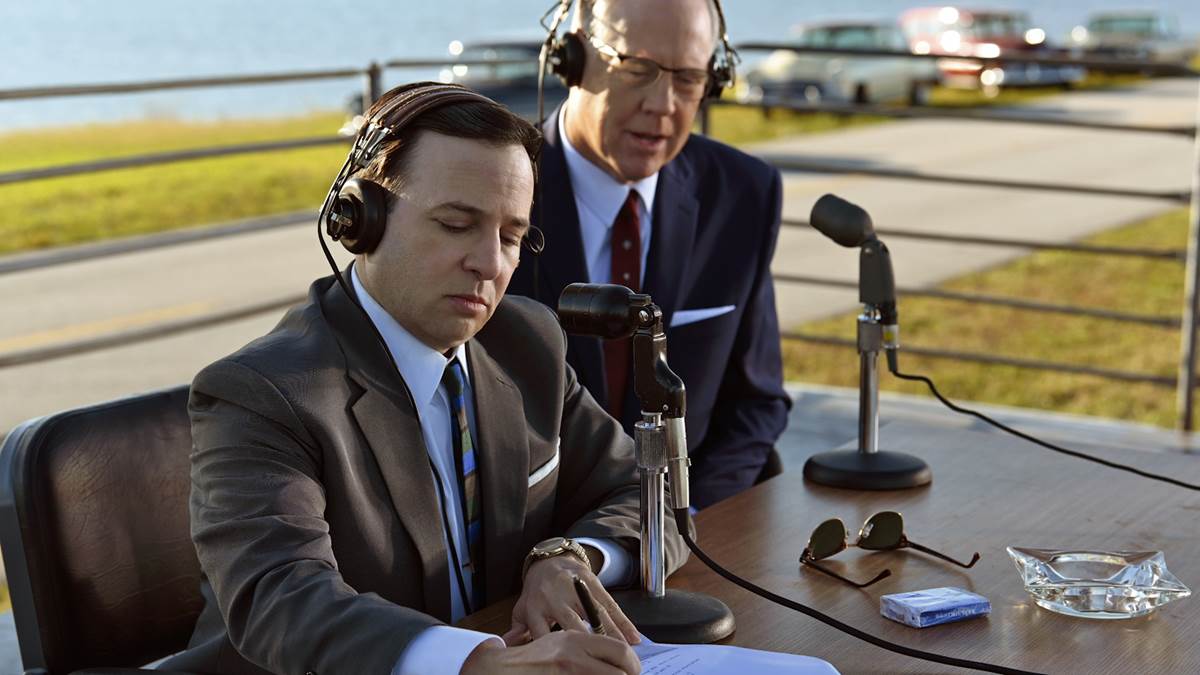 John Glenn may not have been the first man or American in space, but he sees opportunity in President Kennedy’s bold congressional declaration. Glenn still wants to lay claim to being first at something. To Glenn, if Kennedy wants to send a man to the moon then the Mercury-Redstone rocket Shepard used won’t do the job. Glenn wants to be the first American to orbit Earth, and he wants to do it with the Atlas rocket.

While Alan Shepard and John Glenn spend a quiet time at home where they reconcile with their wives Louise and Annie (Nora Zehetner), Trudy Cooper meets with Jerrie Cobb, only to be uninvited from the female core of astronauts. The comments by her husband has forced Cobb to distance herself from Trudy.

A new direction for NASA is coming, with a commitment from the government, and an eagerness from the astronauts for the next big thing, but for Alan Shepard who is coming to grips with his fame, his inner ear problem has caused him to pass out at home sending his wife Louise into a panic.

Trudy Cooper is at a loss about what to do next. Having been removed from Cobb’s group, and separated from her husband, what Trudy can control is flying. Taking her daughter for a flight, Trudy spends her time showing her how to control the plane, and then takes off into the sky for a new adventure.