In 2005, I was in college and somehow was fortunate enough to attend a SIGGRAPH presentation in San Francisco that was performed by Walt Disney Feature Animation. SIGGRAPH is the Special Interest Group on Computer Graphics and Interactive Techniques and has been around since 1974. At this presentation, we were treated to four peeks and previews of upcoming projects from the animation studio, as they were all going to be computer animated. This was after the closure of the Florida animation studio, and 2D animation was on the brink of extinction. We saw the last bit of the upcoming release Chicken Little, as well as storyboards for working titles “American Dog,” “One Day With Wilbur Robinson,” and a movie that had seen all kinds of changes in development at that point already, that we’re celebrating the 10th anniversary of its release today, “Rapunzel Unbraided.” 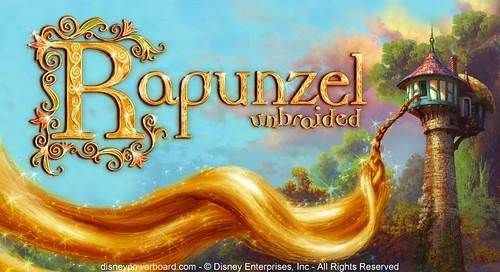 Wait what? You’ve never heard of “Rapunzel Unbraided?” That’s because you know a version that went through even more changes in development and eventually came to be known as Tangled, the modern classic that we know and love from Walt Disney Animation Studios, and their 50th full length animated feature.

It was 1996 when Disney animator Glen Keane first tossed around the idea of adapting the Rapunzel fairy tale. Keane, who was named a Disney Legend in 2013, contributed to nearly every film of the “Disney Renaissance” with his work on characters like Ariel, The Beast, and Aladdin, as well as his work on Oliver & Company, The Great Mouse Detective, The Rescuers, The Rescuers Down Under and Tarzan. It was a few years after his first mention of adapting Rapunzel and developed a story that he pitched the idea to then-CEO Michael Eisner. 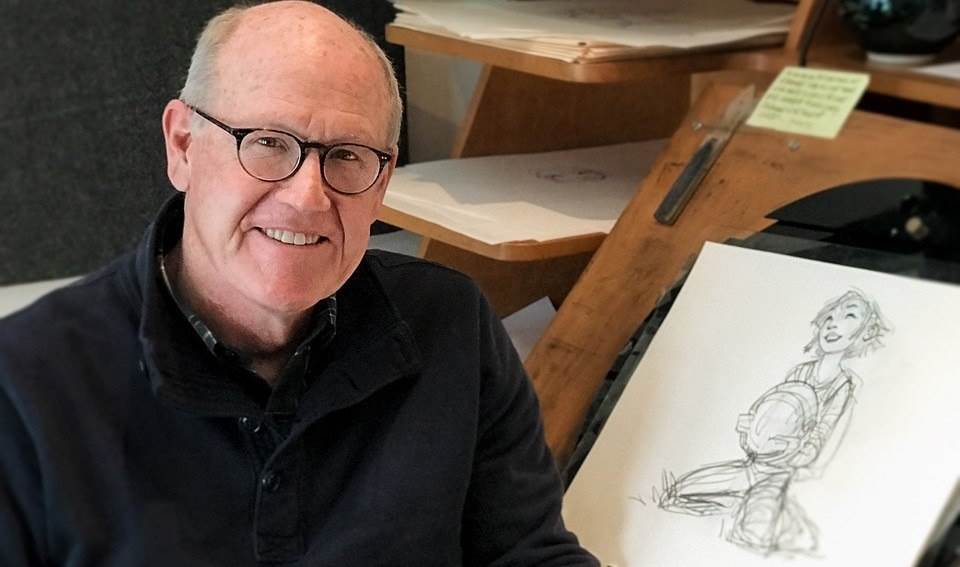 Keane, a master of traditional 2-D animation, wanted to keep his film in that hand-drawn format. However, Eisner agreed upon the film and gave it the green light, reportedly, under one condition: The film has to be a computer animated feature. At the time, Pixar was knocking every film they produced out of the park. Toy Story, A Bug’s Life, Toy Story 2, Monsters Inc. Newer studios, like Dreamworks, Pacific Data Images (PDI), and Blue Sky were entering the scene too with hits like Antz, Ice Age, and a film that would actually affect the story of Rapunzel Unbraided, Shrek. Eisner saw computer animation as the only way to have a box office smash, and was under the impression that audiences had lost their taste for traditional hand-drawn animation, especially given the poor reception of some of the animated films of the late 90s and early 00s. Later, Pixar Co-Founder Ed Catmull would disagree with that and say that those films did poorly because “the stories weren’t strong, to be candid.” Keane, who would now be the Director of Rapunzel Unbraided, was not one of those traditional animators who refused to adapt to the computer for animation, or what they would call “The Box.” In fact, reportedly after seeing TRON and realizing what computers can do,  Keane worked closely with John Lasseter (who later co-founded Pixar and directed Toy Story among other titles) on tests using computers for animation. They did a short test featuring Where The Wild Things Are that featured hand drawn character animation, and computer rendered environments and backgrounds that would allow a free range of camera motion and other effects.

While Lasseter was fired from the studio shortly after, Keane was still there and traditionally animating through the late 80s and into the 90s, but towards the end of the decade, a new crop of artists who knew little about the hand-drawn form were on their way in, while more and more traditional artists were on their way out. Keane started holding “Best of Both Worlds” meetings and classes for his film so that the artists could work together to make a computer animated film, but still have the organic look and maintain the classic feel of traditional 2D animation. Noting the success of films like Shrek, the traditional fairy tale (and the usual Disney format) was left behind as a more “fractured” fairy tale idea was adopted. 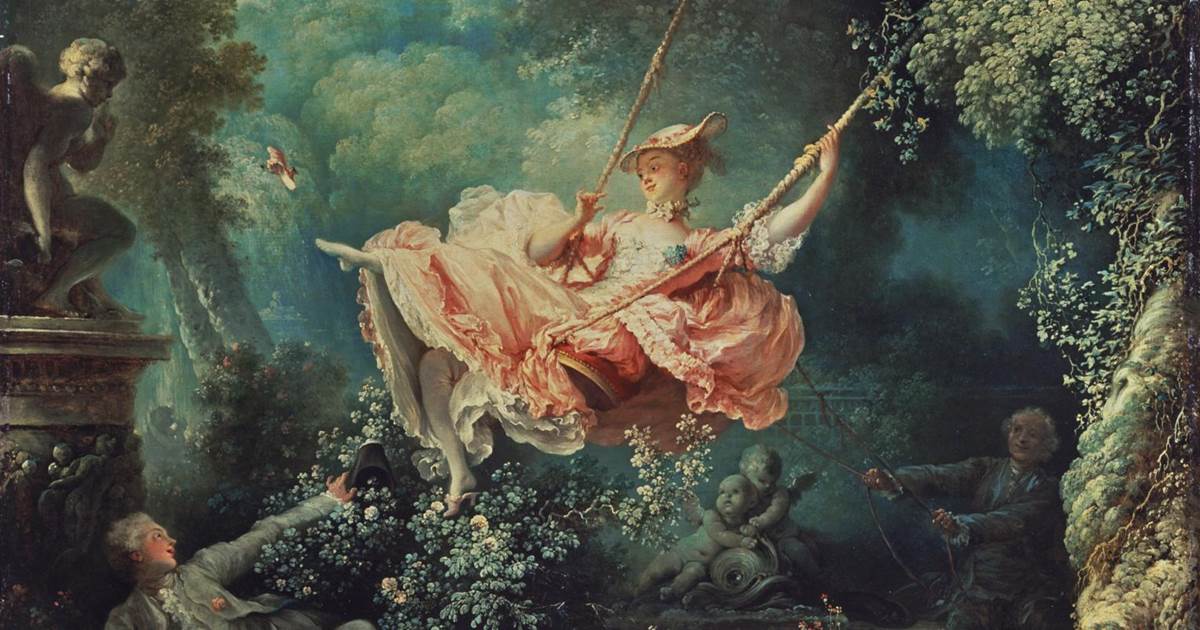 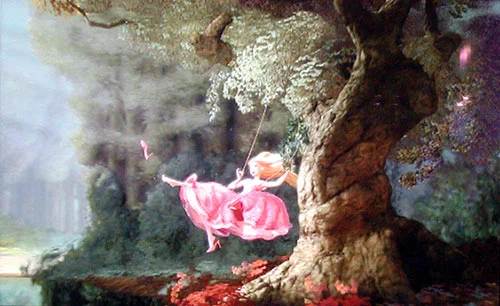 The seminar I had attended opened the Rapunzel Unbraided portion of the presentation by showcasing these two pictures. The original, Jean-Honoré Fragonard's “The Swing,” was essentially parodied by a new version featuring then-Rapunzel, and we were told that this would be the look and feel of this film; Classic beauty, with modern humor, and a break from usual Disney tradition. 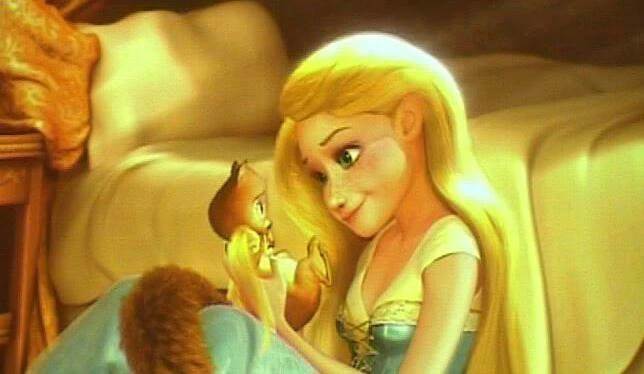 My memory is filled with holes regarding the story (as the story itself was too, apparently) and what I could remember was that a witch pulled two mismatched people into a fairy tale world and they ended up falling in love. In retrospect, my brain says “Well that sounds an awful lot like Enchanted.” After doing some research, I found the description for the film that was presented: “An evil witch named Lucretia despised fairy tale happy endings and plotted to change all that. Meanwhile in modern day San Francisco, Claire and Vince are two vastly opposite teenagers who cannot stand one another. Claire is a short haired, fashion obsessed teen who was concerned with her looks. Vince is a stocky and crude pizza delivery boy on hard times. The two of them get on each other's nerves which gets the attention of Lucretia in the fairy tale realm. Lucretia takes Rapunzel and her prince Beau and transforms them into a squirrel and dog, respectively, while Claire and Vince find themselves filling their roles. Claire and Vince eventually team up with Rapunzel and Beau to defeat Lucretia and return to their respective places in time.” Keane himself had even called this a “Shrek-like version of the story.”

This is a pre-visualization of Rapunzel Unbraided, kind of a more elaborate storyboard. In it, you’ll see some pieces and elements that made it through all the development and into the final film you know today.

It was a few months after that presentation I had attended that Rapunzel Unbraided was delayed, with Keane saying in an interview later about the original story, “It was a fun, wonderful, witty version and we had a couple of great writers. But in my heart of hearts I believed there was something much more sincere and genuine to get out of the story, so we set it aside and went back to the roots of the original fairy tale.” During this time, The Walt Disney Company had acquired Pixar Animation Studios and had put Ed Catmull and John Lasseter in charge of Animation. Rapunzel Unbraided would be no more, but the original fairy tale was still on the table. 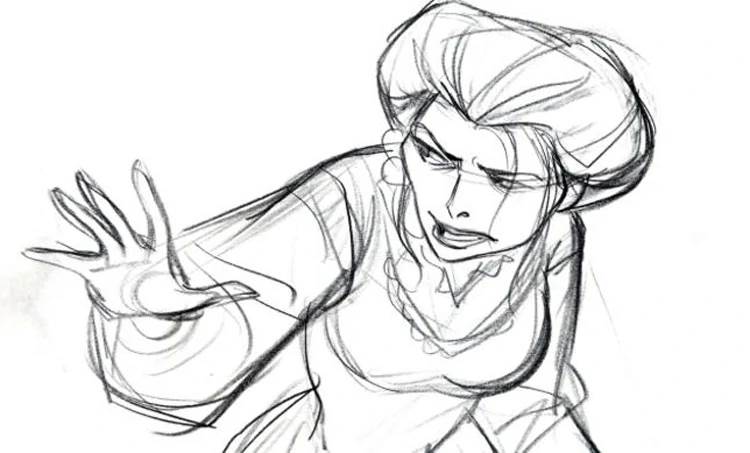 The story then evolved into a darker tale, under the simple title “Rapunzel.” This version of the film was closer to The Hunchback of Notre Dame in tone than the Tangled we know today, with Rapunzel herself being unable to speak and Mother Gothel being more of a surprise villain. You know in Tangled how we knew the whole time she was the lost princess who had been kidnapped? Imagine if that were a shocking reveal! Flynn Rider was not yet an idea but a character named Bastion was. Also a young thief, he worked for someone in a neighboring village who was keeping the kingdom of Corona at war. Reportedly, Rapunzel would have spent the majority of the film in her tower with Bastion continuing to court her, and the princess only leaving her home in the last act of the film.

“Rapunzel” went through story changes, similar to what most animated films go through. This element dropped, this song moved here, this character added, this character dropped. Nothing as drastic as the change from Rapunzel Unbraided occurred again anywhere in the process. Keane, tragically, suffered a heart attack and would no longer be directing the film. It was handed to Byron Howard (Who had just come off working on Bolt) and Nathan Greno. The film then became more of a comedy, dropping Bastion and adding Flynn Rider as the love interest, but more notably, making him the narrator of the film. Glen Keane was still attached as “Animation Director” and would still be heavily involved in the film. He would even go to each animator's work, and literally draw on their computer screen, framy by frame, to ensure everything had the soft look of a hand-drawn film. He also held meetings where drawings and different looks of Flynn Rider would be posted around the room and all the women of the studio were asked what they found most attractive for each one. The favorite features ended up being the key design of the Flynn Rider character. Other characters that were added to Tangled include the thugs of the Snuggly Duckling, Pascal the chameleon, and in my opinion (to spark much debate) the greatest horse of the Disney horses, Maximus. The film opened November 24th, 2010 to wide critical acclaim and love from the audiences. It was deemed a return to form after many critical “misses” from the studio that came before it, many of which were the final versions of what was shown at the same presentation I had attended. Tangled has proven to be so loved, it also spawned off a short film, a television series, a musical aboard the Disney Cruise Line, and an upcoming attraction at Tokyo DisneySea.

The most ironic part of this whole story, in my opinion, is that they went so far out of the norm to make Rapunzel Unbraided “a success” based on the successes of the works of others. In the end, what made Tangled so special and the smash hit that it was, was the return to the norms that they had strayed from for almost a decade. 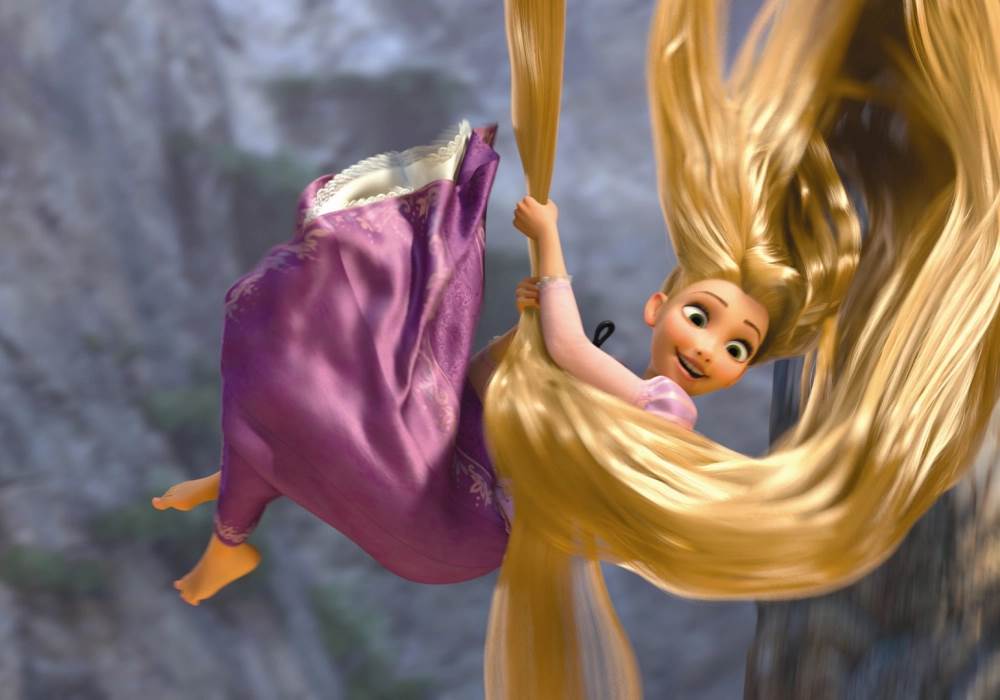 Tangled is now streaming on Disney+

To add one last thing; I frequently make jokes about the look and style of Frozen being incredibly similar to that of Tangled with a different color scheme, saying that “The animators just used the same hard drives.” I joke yes, but look at  Bastion in this early concept piece from that “Rapunzel” stage. He seems a little familiar doesn’t he?