It’s always fun to visit the Magic Kingdom at Walt Disney World, but have you ever wished you could go when the park is empty? If the answer is yes, then you’ll be extremely jealous of ZOMBIES 2 stars Milo Manheim, Ariel Martin, Pearce Jorza, and Kylee Russell who had the park mostly to themselves for a night of fun and adventure in Disney Holiday Magic Quest. This 45-minute Disney Channel special found the four teens entering the park after it closed for the day for a special event they thought was just fun and games.

While Mickey Mouse began the ceremonies, two of the baddest Disney Villains of all time surprised them by teaming up to steal the holiday magic. Maleficent and the Evil Queen have stolen holiday magic and unless the Disney Channel stars can solve riddles and get through obstacle courses before sunrise, it’ll be lost forever. With Milo and Ariel on Team Red and Pearce and Kylee on Team Green, the two teams used a framed magic mirror to communicate with host Raven-Symoné and split up to start their journey.

Team Red’s first challenge was to paddle a boat through the moat around Cinderella Castle, hindered by Maleficent who replaced their oars with giant candy canes. They had to retrieve two Santa sacks of letters and find the one marked for them. Over in Fantasyland, Team Green had to ride Prince Charming Regal Carousel on a bike and wagon to collect buckets of apples and then throw them at a spinning wheel with four mirrors. Breaking each mirror allowed them to crack open a golden apple to retrieve their next clue. Unbeknownst to each team, their clue’s were the same, basically saying they were about to get a call. Team Red’s call came from their ZOMBIES pal Meg Donnelly who had to draw a picture that told them where to go. Team Green’s call came from Kylee’s mother and brother, who acted out charades. In the end, it was Team Red to The Haunted Mansion and Team Green to Seven Dwarfs Mine Train.

Time was ticking as each team entered the two attractions. Milo and Ariel got to walk through The Haunted Mansion accompanied by a Ghost Host. After retrieving their instructions in the ballroom, they headed to the attic to retrieve a box of dinnerware to bring outside where an empty table was waiting to be set. The map showed how it should be done, but it kept fogging up, making it more difficult than it sounded. 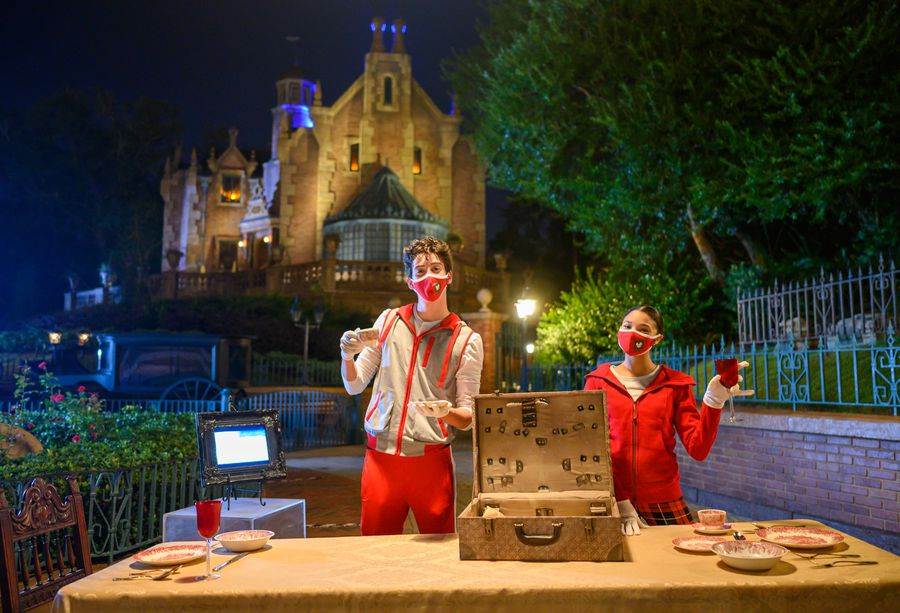 For Team Green, they not only had to ride Seven Dwarfs Mine Train, they had to do it with cauldrons of water in their hands. At the end of each ride, they would pour it into a tub with a fill line. It took several tries to fill it to the top, finally releasing a gem they could take for to prove they completed the mission.

Their next clue led both teams to the same place, back to Cinderella Castle where two drawbridges were set up in front of a keyhole. The teams needed to jump up and run back and forth across the bridges to retrieve presents wrapped in their team colors. But as they got closer to completing the mission, Maleficent and the Evil Queen threw another trick their way by causing some of the steps on the bridge and the ropes on the sides to vanish. 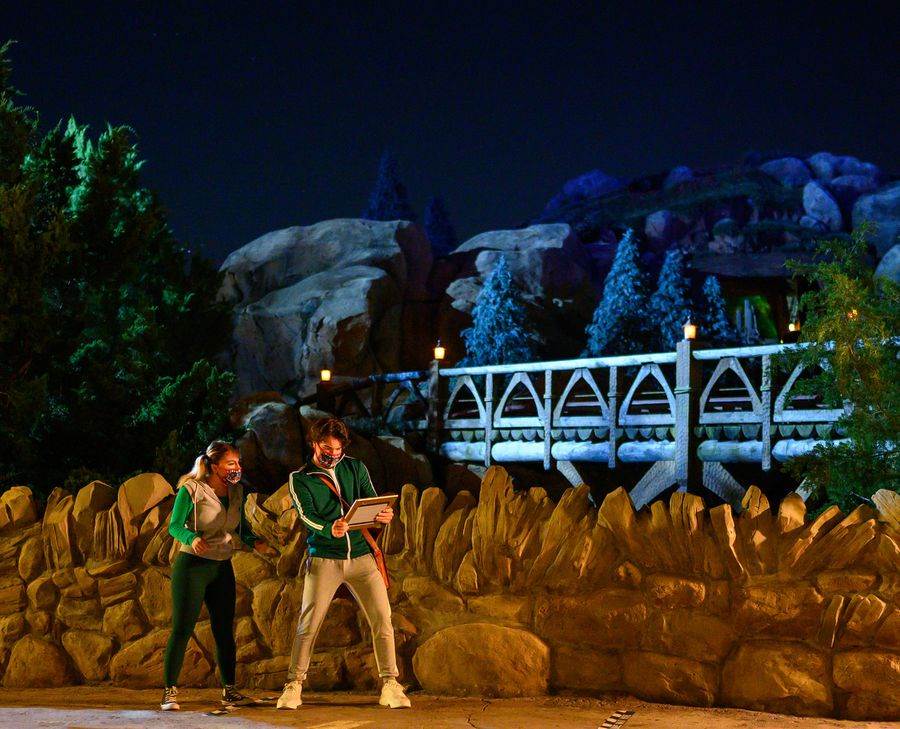 Believing they were in a competition against one another and trying to save Christmas, the two teams raced to open their presents to find the key. Milo found it and put it in the lock, but it wouldn’t turn. That’s when they realized there was another keyhole on the side as the villains laughed and threw in a few quotes from Descendants. Realizing there must be another key, Team Green resumed their search and Pearce found the other one just in the nick of time to save the holiday magic before the sun came up.

Not only did both teams end up winning and having a lot of fun on a magical night in the park, they also got to give to a good cause. Disney has had a longstanding partnership with Toys for Tots, with Walt Disney’s artists designing the logo back in 1948. To celebrate their achievement, a donation was made to Toys for Tots to help “Feed the love.”