Today we celebrate what would have been the 119th birthday of Walter Elias Disney. 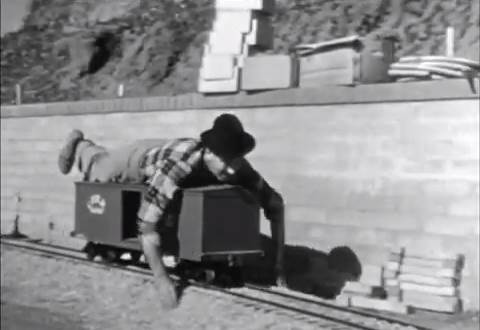 Walt created beloved animated characters, pioneered animated and live action films, founded The Walt Disney Company, and created the concept of a Theme Park that has now spread all over the globe, but all of those things are common knowledge to any Disney fan. We all know the story of how Walt left Kansas City in August of 1923 to head to Hollywood with $40 dollars in his pocket, a suitcase, and a dream, but today we take a look at where his life led him once he made it to California. When Walt finally made it to California, he stayed with his Uncle Robert and Aunt Charlotte in their house located at 4406 Kingswell Ave. in the Los Feliz neighborhood of Los Angeles. This is also the location where Walt and his brother Roy founded the Disney Brothers Cartoon Studios in the tiny garage in the back and created the first “Alice Comedies” shorts. 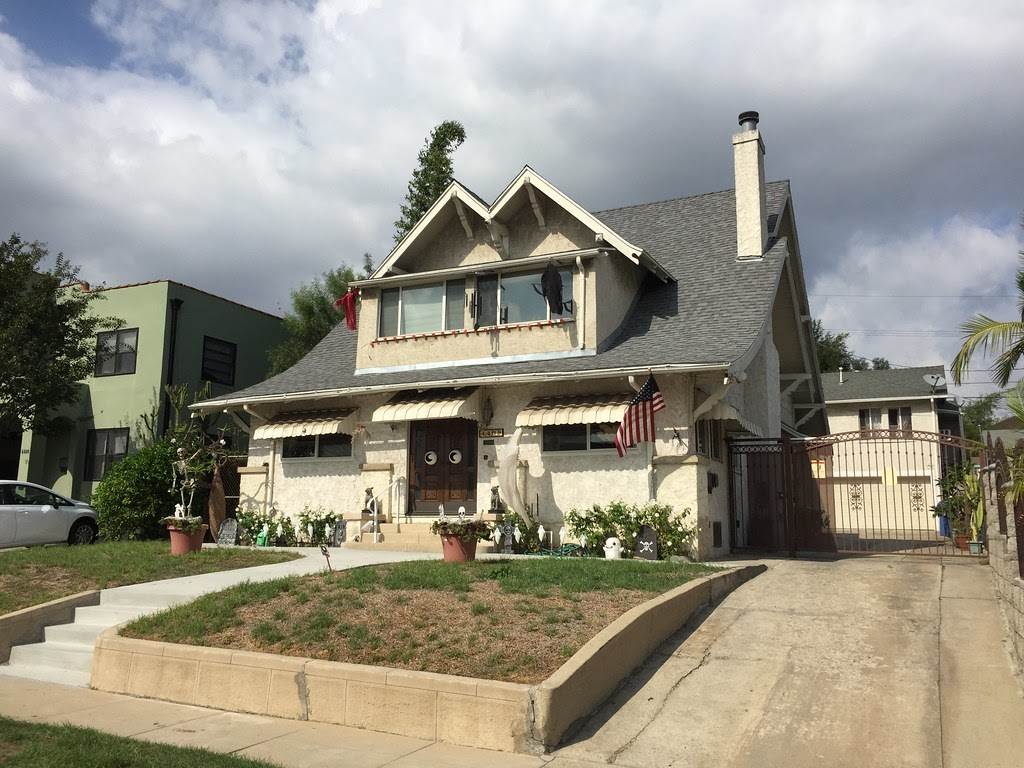 In the fall of 1923 Walt and Roy had decided to move into the house across the street from Uncle Robert’s as the brothers started seeing bigger things in their future. Just a couple of blocks away from their new home, Walt found the Holly–Vermont real estate office located at 4651 Kingswell Ave. with an unused space in the back that he made arrangements to rent and moved in during October of 1923. In January 1924, a friend told Lillian Bounds about a job applying ink to animation cels. She applied, and not too long after, Walt had proposed marriage. 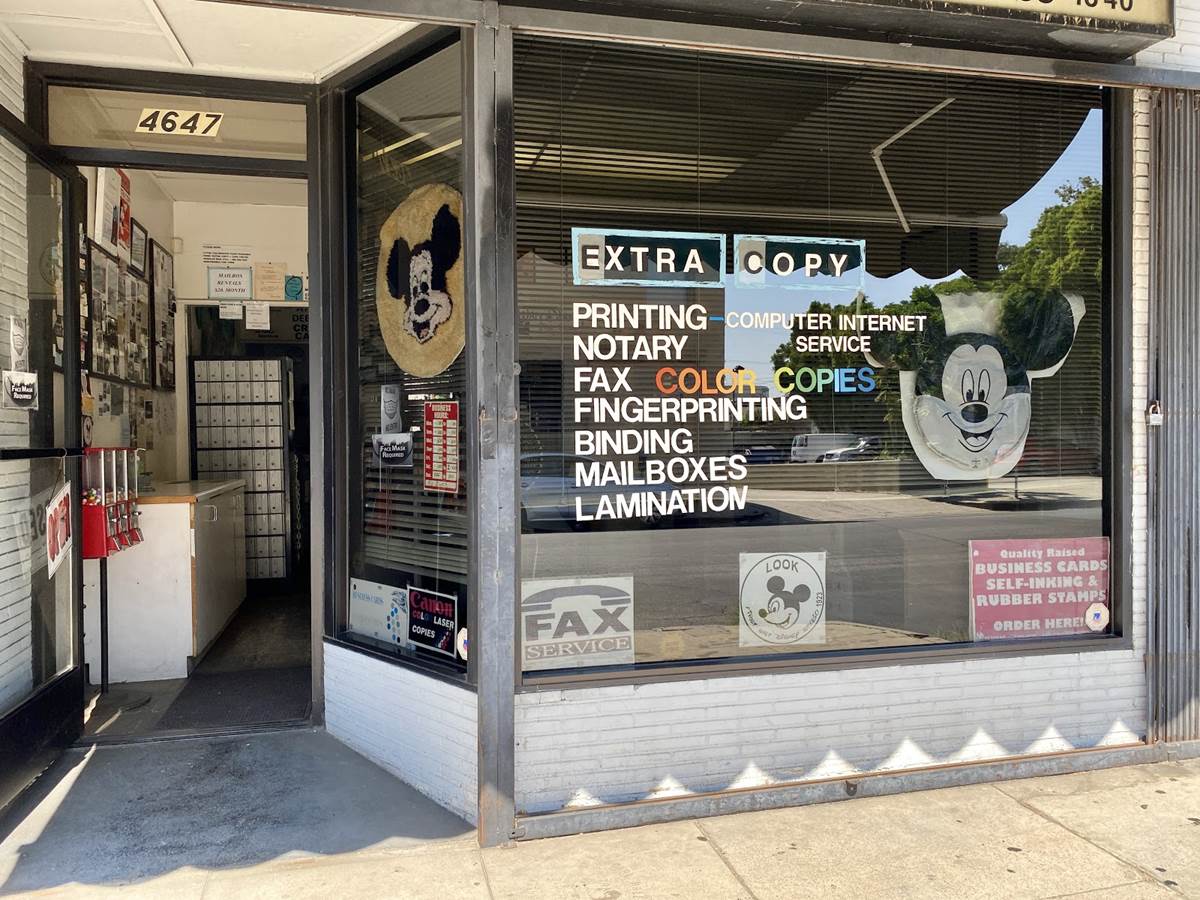 In February of 1924, as money started to come in from the “Alice Comedies,” Walt was able to rent the next-door store at 4649 Kingswell Ave. (now 4647 Kingswell Ave.) to create the first true home of the Disney Brothers Cartoon Studios. 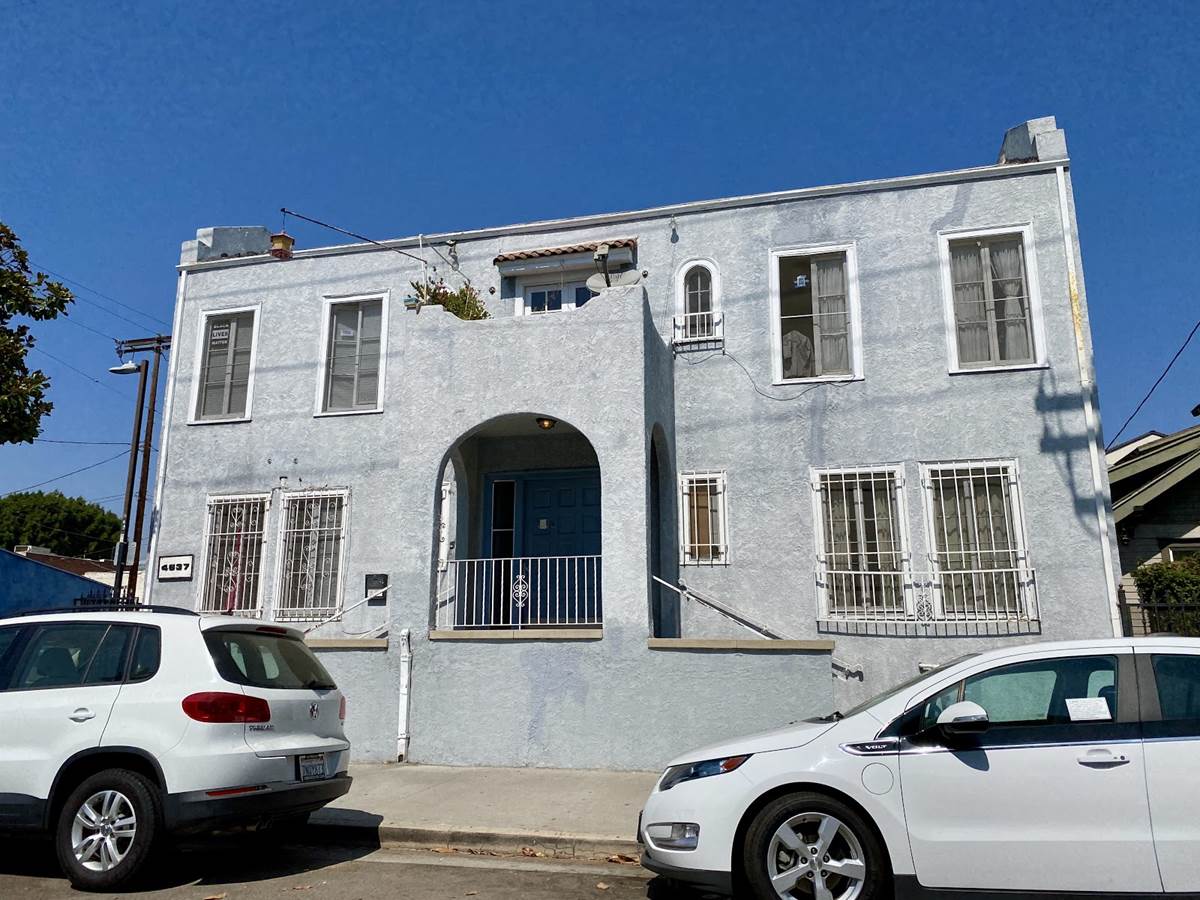 On July 13, 1925, Walt and Lillian were married and in August of the same year they moved into their first apartment together – a small apartment in the building at 4637 Melbourne Avenue, just a few blocks away from the Kingswell Studio. Not much is known about the apartment other than later in life Lillian had made statements about hating living there because she had never lived in an apartment before and was used to homes in Idaho where she could step out her front door and be in the open. In 1925, Walt put down a deposit on a large plot of land at 2719 Hyperion Avenue in the Silver Lake neighborhood of Los Angeles. As 1926 started Walt and crew moved from the Kingswell Studios to this new Walt Disney Studio that would be the birthplace of many beloved Disney characters and the first ever feature length animated film, Snow White and the Seven Dwarfs. Shortly after relocation to the new studio, Oswald The Lucky Rabbit was created in 1927 and, as the story goes, stolen from Walt in 1928, leading to the creation of the most popular animated character ever: Mickey Mouse. It was also at this location that the first Silly Symphonies, The Skeleton Dance, was created in 1929. Sadly the studio property was razed in 1966 to create a shopping center. Now, all that marks this most hallowed of Disney grounds in the above sign on the street out front and the photo below inside the Gelson’s Market. 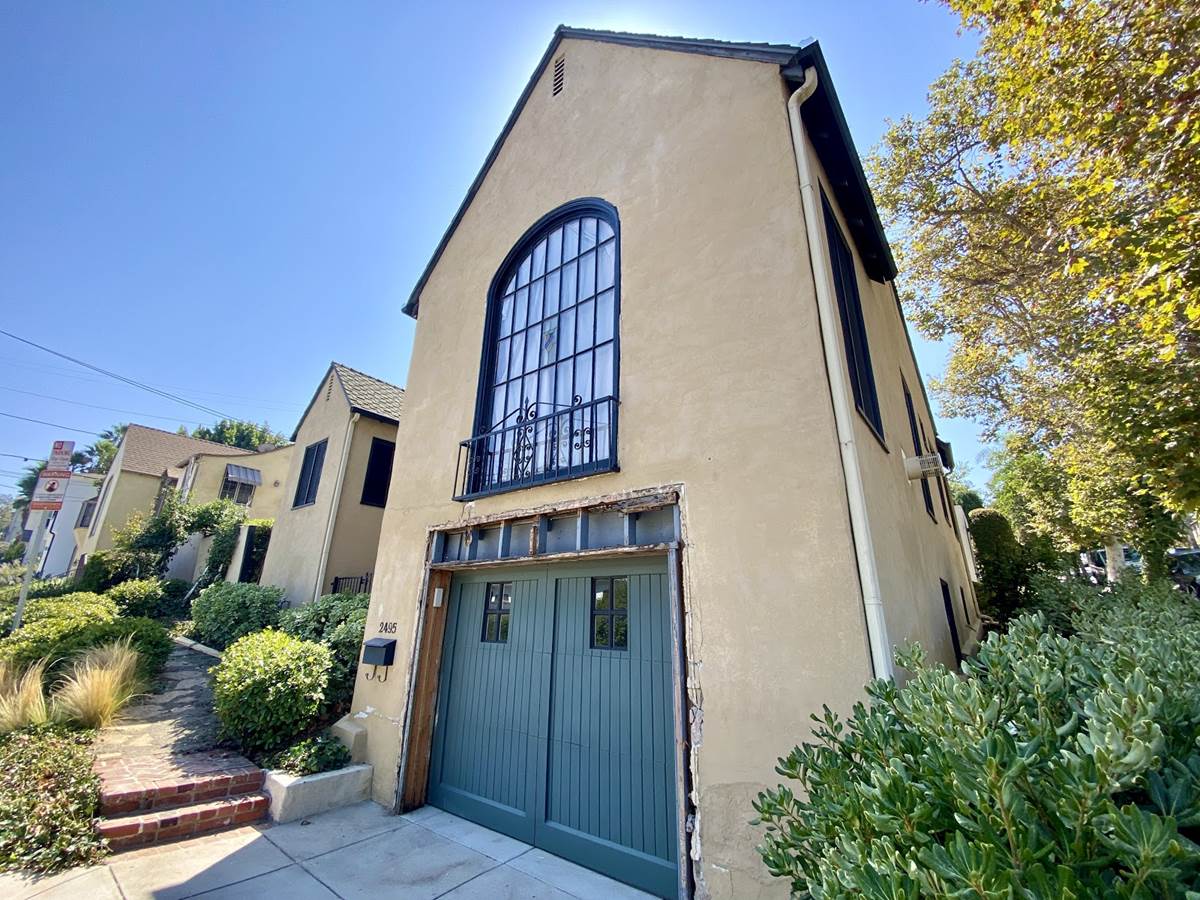 Walt and Lillian moved from their first apartment to a larger apartment at 1307 N. Commonwealth Ave., where they lived from December 1927 – December 1928, before moving into their first home together on Lyric Avenue, just up the hill from the Hyperion Studio. Walt and Roy had both married but still were so close they commissioned nearly identical homes to be built. Walt and Lillian’s home was located at 2495 Lyric Avenue and Roy and Edna was just next door at 2491 Lyric Avenue. 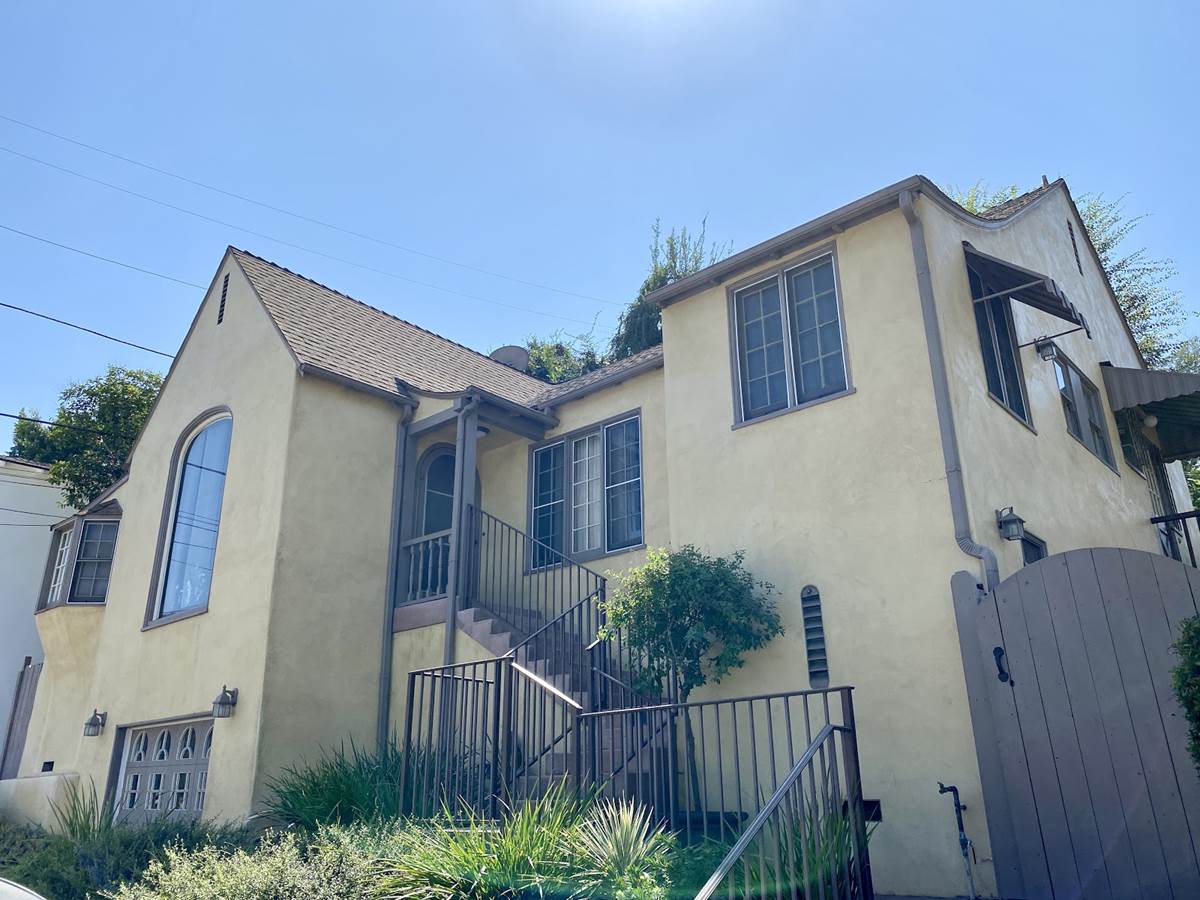 In 1929 Walt and Roy arranged for the first Silly Symphonies short The Skeleton Dance to be screened to attract national distributors at one of the most famous movie palaces of its day, Carthay Circle Theatre. Located at 6316 San Vicente Blvd. this theatre went on to host many huge premieres, including Snow White and the Seven Dwarfs. Sadly the theatre was demolished in 1969 due to the decline of single theatre screens with an office building taking up the former location and Carthay Circle is now just the name of the neighborhood that grew around the area. As the Walt Disney Studio was reaching new heights, Walt and Lillian were looking to start a family and found their Lyric Avenue home to be too small, so it was time for the family’s first mansion. In 1932, Walt commissioned a $50,000, 12-room house by architect Frank Crowhurst on 5 acres at 4053 Woking Way which was just up the hill from his Hyperion studio. This was the home where Diane and Sharron both grew up and where Walt would start the “Daddy’s Day” where he would take his girls to Griffith Park to ride the merry-go-round. The idea for Disneyland came about when my daughters were very young and Saturday was always Daddy’s day with the two daughters. . . and as I’d sit [on a bench] while they rode the merry-go-round . . . I felt that there should be something built where the parents and the children could have fun together. So that’s how Disneyland started. [I]t all started from a daddy with two daughters wondering where he could take them where he could have a little fun with them, too. -Walt Disney

The Griffith Park Carousel (4730 Crystal Springs Drive) sadly has not reopened since the pandemic hit in March of this year, but hopefully once it all passes this location will reopen to give families the chance to gather and enjoy the area where Disneyland all started. 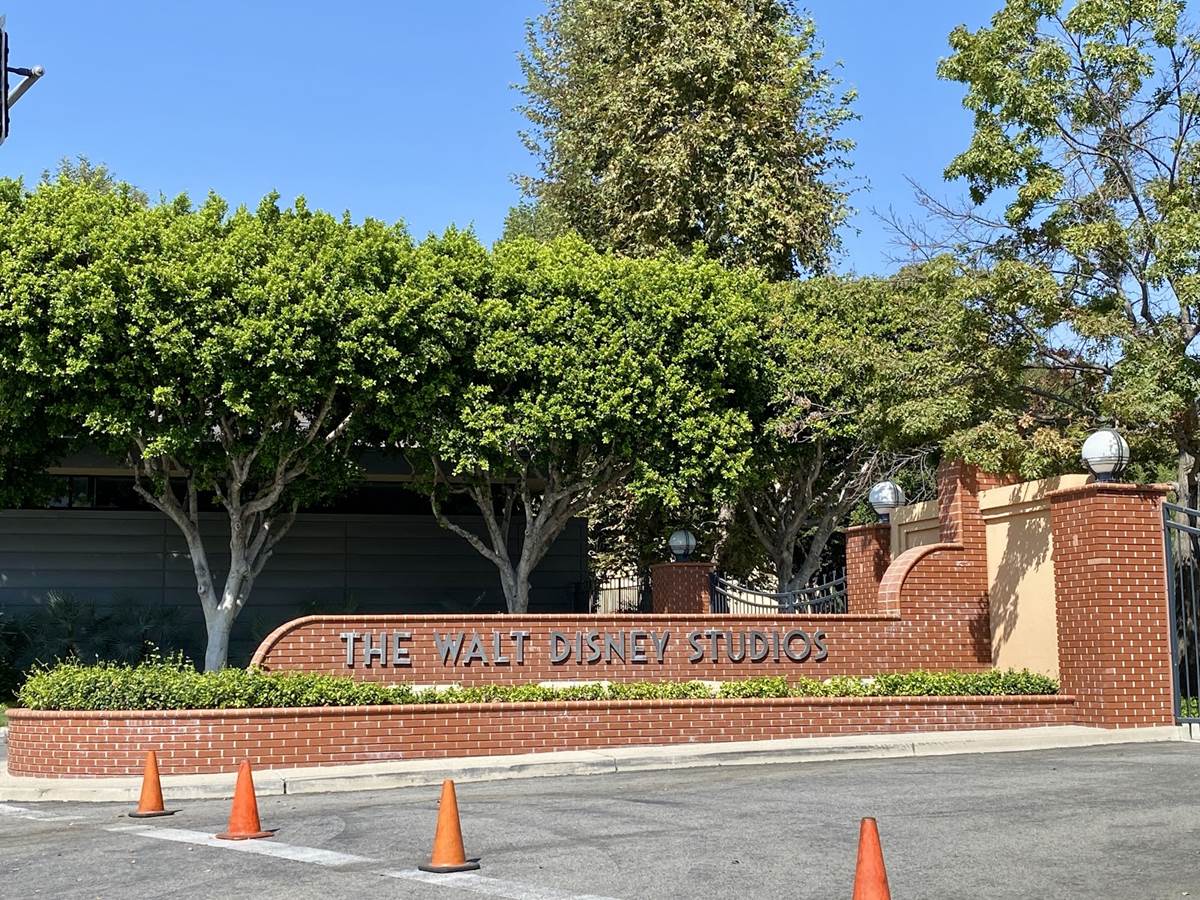 In 1939, Snow White and the Seven Dwarfs was not only the first ever full length animated film but also the highest-grossing film of all time. As more and more projects were ramping up, the staff started to outgrow the Hyperion Studio. So, with the profits of Snow White, Walt purchased the property we now know as the headquarters for The Walt Disney Company at 500 S. Buena Vista Street in Burbank. The studio opened in 1940 with custom buildings designed with animations in mind, including offices with windows to capture the most sunlight and a tunnel to transport animation cels in order to avoid the outside elements. The lot has expanded to include soundstages for live-action film-making and even crossed over Riverside Drive to the location of the once proposed Mickey Mouse Park for a new home to Disney Animation as well as ABC. 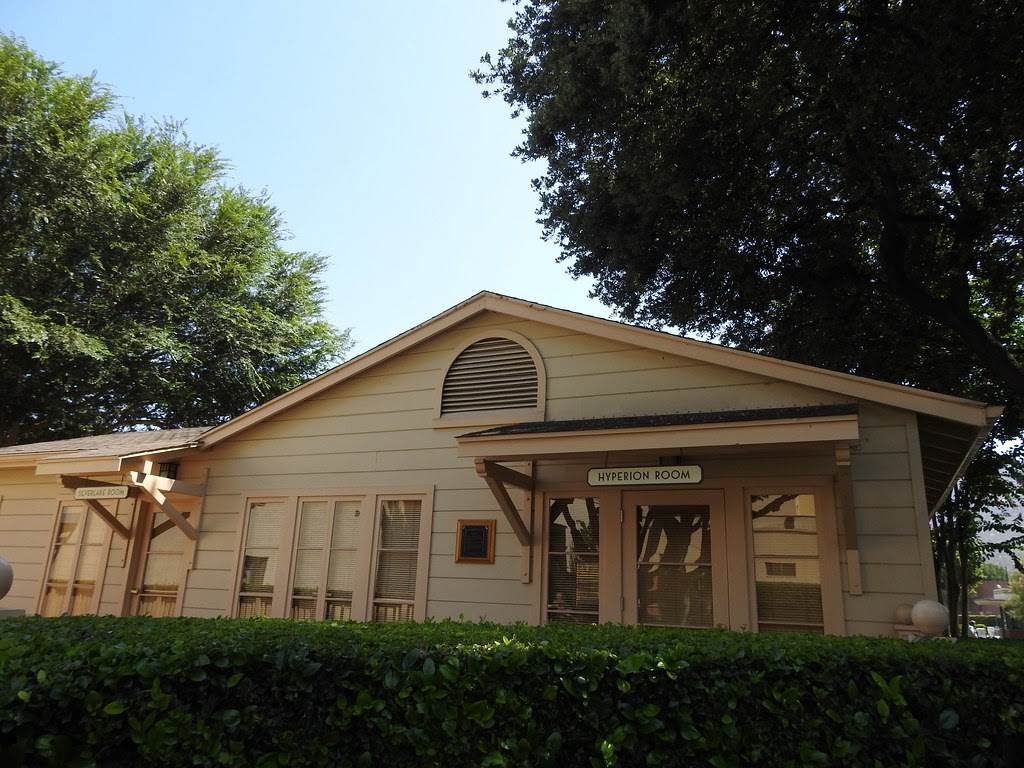 The Hyperion Bungalow was the original home of the Disney Publicity and Comic Strip Departments and was moved from Hyperion Studios, making it one of the oldest buildings on the lot. The Walt Disney Archives painstakingly went through and recreated Walt’s formal and working offices a few years ago, returning his spirit to the lot. While not active at this time, members of D23 The Official Disney Fan Club have been offered tours in the past, which will hopefully return in the not too distant future. In 1948 Walt purchased a lot of land in the Holmby Hills neighborhood of Los Angeles. In 1950, the Disney family moved into 355 Carolwood Drive, where Walt would live until his passing in 1966. Lillian also remained in this home until her passing in 1997, at which point the property was sold. This home above all others had the greatest impact on the Disney name as we know it today, as this is the location where Walt’s love of trains started and quickly outgrew the backyard, becoming his biggest sandbox Disneyland. 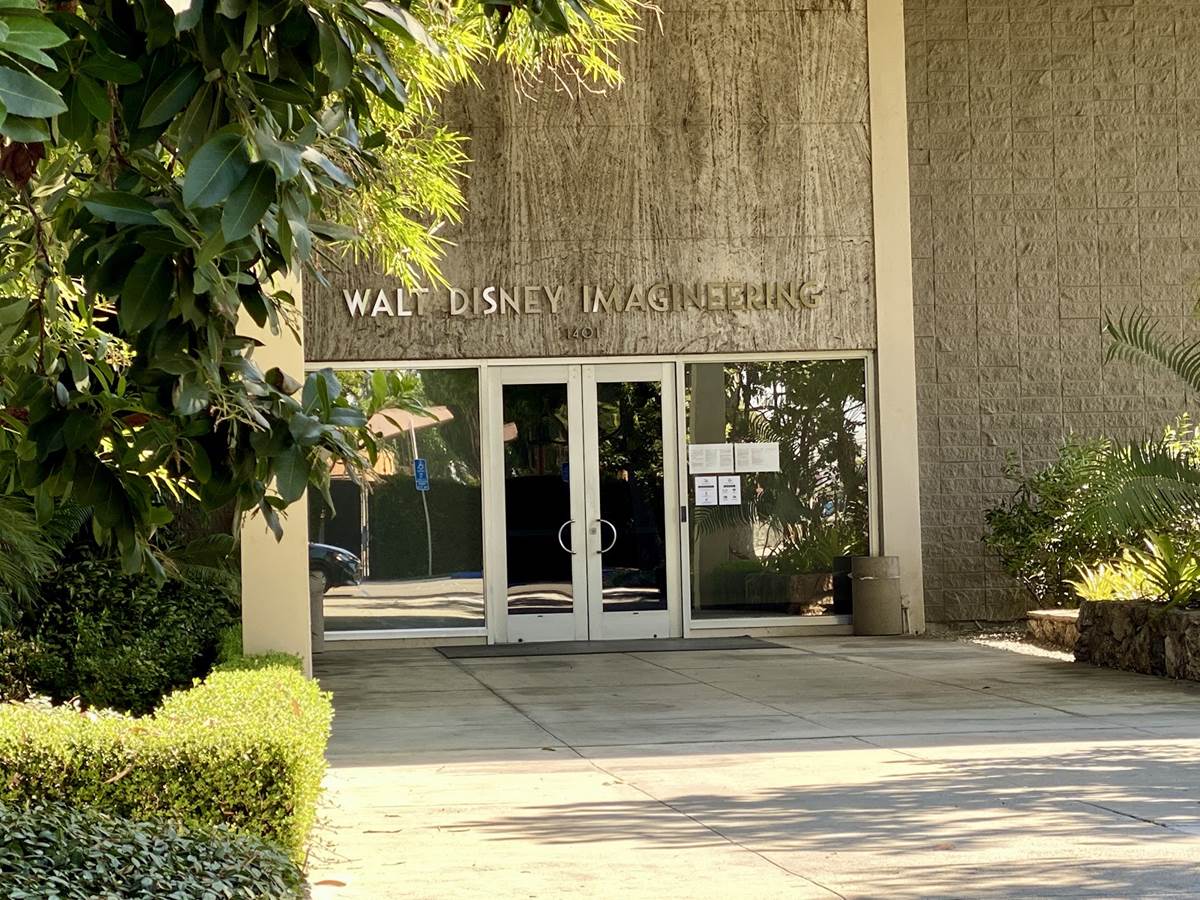 As the idea of Disneyland started to grow, Walt decided he needed to move the creative group that came to be known as W.E.D., now Walt Disney Imagineering, away from the Studios and into their own area. Thus, 1401 Flower Street in Glendale was born. A nondescript campus houses the creative minds that have designed nearly everything from Disneyland in Anaheim to Shanghai Disneyland. This was truly one of the last locations in the Los Angeles area that Walt Disney touched and I think I speak for all of us when I say we are very thankful he did.

Thank you for taking this trip through Walt’s LA with me. While there are many more locations to talk about, these were some of the main ones I have had the chance to drive by and take a few precious photos of. Please remember, while this is a good road map for you to take your own tour, respect the privacy of the owners of the homes and businesses as most are private property.