Peyton’s Places is beach for a second season, and it follows the NFL great around the country as he explores the history of the National Football League, one piece at a time. The second episode is simply titled “John Elway” and it features Peyton chatting with his former boss and one of the greatest quarterbacks of all-time; you guessed it – John Elway. 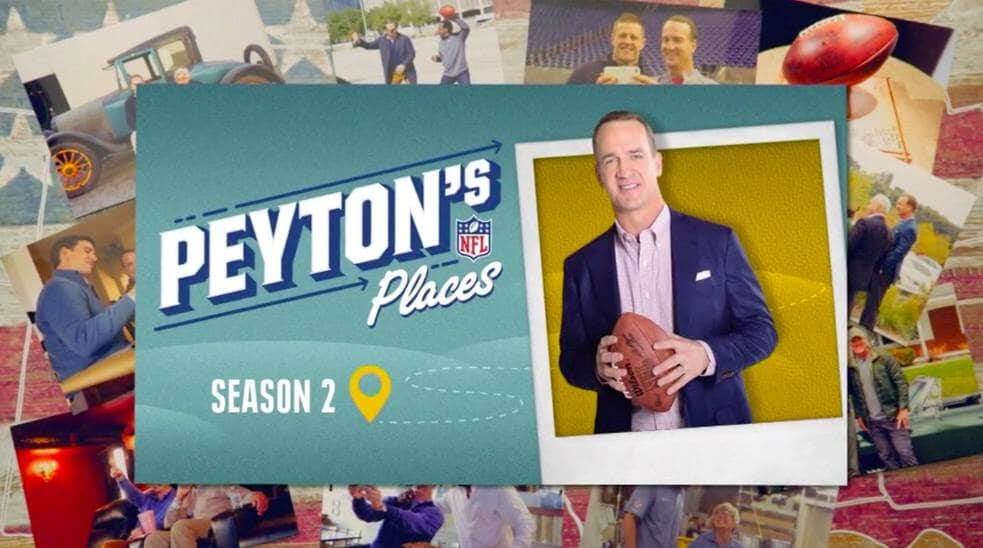 The episode opens with Manning and Elway talking about Peyton coming to play for the broncos at Empower Field at Mile High. Peyton talks about how the Broncos unretired the number 18 so that the quarterback could keep his old jersey number when he joined the team in 2012.

After the episode’s introduction, Manning and Elway continue their conversation but transition to Elway’s competitive nature. Elway tells a story about selling his pool table after losing a game. It’s these kinds of stories from some of the NFL’s greatest players that make Peyton’s Places such an interesting story. Even if this particular story is very short, it still gives fans an idea of Elway’s personality off the football field.

Next, the two quarterbacks discuss the old Mile High stadium. Manning brings up Barrel Man, a fan who shows up to games wearing nothing but a barrel. We see footage of Barrel Man from throughout the years, proving just how long he’s been a tradition for Broncos games.

Elway then talks about how, when he was young, he actually thought quarterback was a boring position. He tells a story about how he wanted to try out as a running back in high school until his dad changed his mind. We even get to see some footage of Elway playing quarterback in high school. He was actually the number one ranked high school football player and baseball player. Elway tells the story of how he was drafted by the Royals after his senior year and Manning introduces some footage of Royals’ Hall of Fame third baseman George Brett talking about Elway.

Elway went to college at Stanford, where he took part in one of the most ridiculous and iconic finishes in football history. Manning and Elway talk about the famous Cal-Stanford “the band is out on the field” play. Elway asks what would have happened if the trombone player had made the tackle on that play. It’s a fair question, but I think a lot of sports fans are very grateful that it didn’t happen, as that play has become one of the iconic sports highlights ever.

They then get into the topic of Elway being drafted by the then Baltimore Colts. Elway refused to play for Baltimore and opted instead to play baseball for the New York Yankees after being drafted (again) by them in the second round. The Colts eventually traded him to Denver and the rest is history.

After some Elway highlights showcasing his strong arm, Manning asks him about the rumor that he broke two receivers’ fingers in his first practice at Stanford. Unsurprisingly, Elway confirms that story. They then talk about the “Elway cross,” a name given to the mark receivers would get when catching an Elway pass with their body. They test out that theory by having Elway throw a ball at a gelatin ballistics dummy dressed as barrel man. Sure enough, the pass leaves a cross mark on the dummy. On top of those great NFL stories, Manning brings in ridiculous stunts like this to make this show as entertaining as it is. 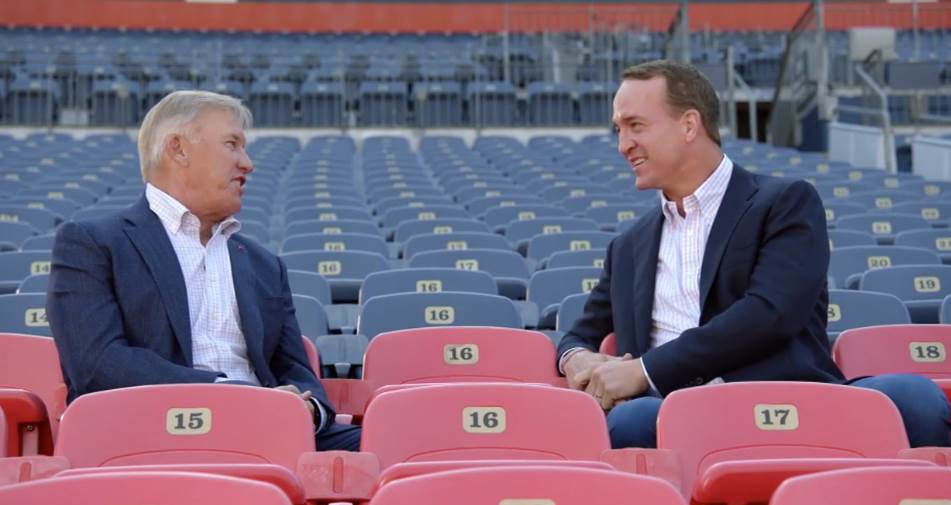 Manning and Elway then get into another famous Elway memory – “The Drive.” In the playoff game, Elway led the Broncos 98 yeards down the field against the Browns to force overtime and eventually win and move on to the Super Bowl, in what is one of the most memorable drives in NFL history. Manning and Elway watch footage of the whole drive and break down some of the biggest plays. For a football nerd, this is everything you could ever want.

They then get into Elway’s unfortunate history of losing Suber Bowls and the AFC’s stretch of losing 13-straight times in the big game. That leads to a talk about Super Bowl XXXII, where the Broncos took on the Green Bay Packers. Manning and Elway talk about yet another one of the quarterback’s highlights, the famous helicopter run. Elway reveals that the defense was not in the coverage he expected for this play and he was just trying to make something happen. That play led to a go-ahead touchdown and an eventual Super Bowl victory for Elway and the Broncos. He admits that the feeling of winning a Super Bowl was so much more than he ever imagined.

Elway repeated that feat the following year and retired as a Super Bowl champion, becoming the first quarterback to ever do so. Manning talks about following in Elway’s footsteps, retiring as a Super Bowl-winning Denver Broncos quarterback 17 years later, with Elway by his side.

This was another great episode of Peyton’s Places, complete with the trademark hijinks and incredible stories from another NFL great.