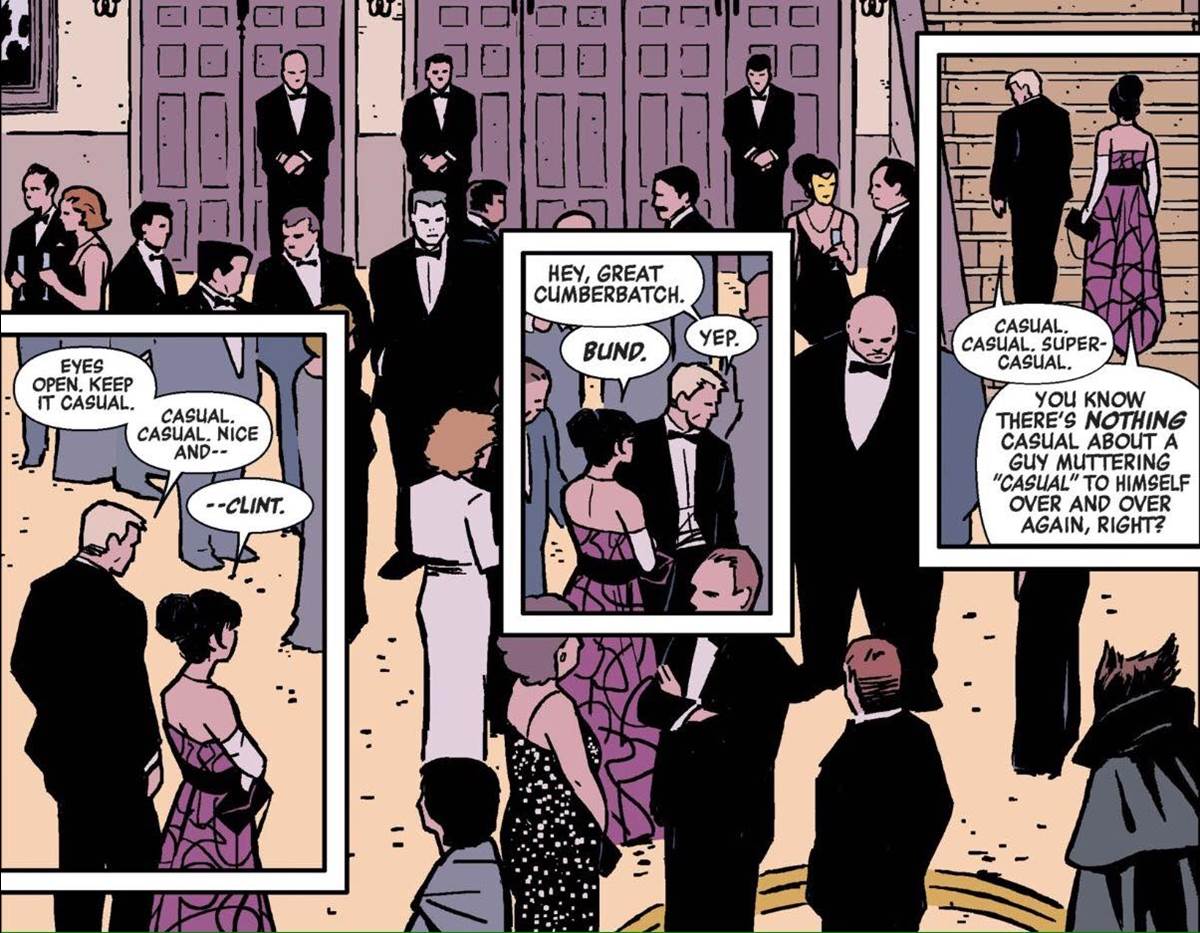 Clint Barton is an Avenger. Clint Barton is a superhero. Clint Barton is Hawkeye. One thing Clint Barton is not, is smooth. While trying to blend in with high society (which is really just a bunch of criminals) alongside his protege Kate Bishop, he repeatedly tells himself to “keep it casual.” And to make matters worse, he compliments someone on their “cumberbatch.”

Bishop immediately corrects him and points out that he should probably stop telling himself out loud to keep it casual. But the joke works on two levels. Yes, Barton is an idiot who confuses a cummerbund with an actor. But also, Cumberbatch is obviously the actor who plays Doctor Strange, a character Barton knows well.

This is one of many hilarious jokes in this “Hawkeye” series from Matt Fraction. You get to see Clint Barton in a new light on a personal level while still getting all of the high-octane Hawkeye action. Plus, Kate Bishop is a great character and the real star here. 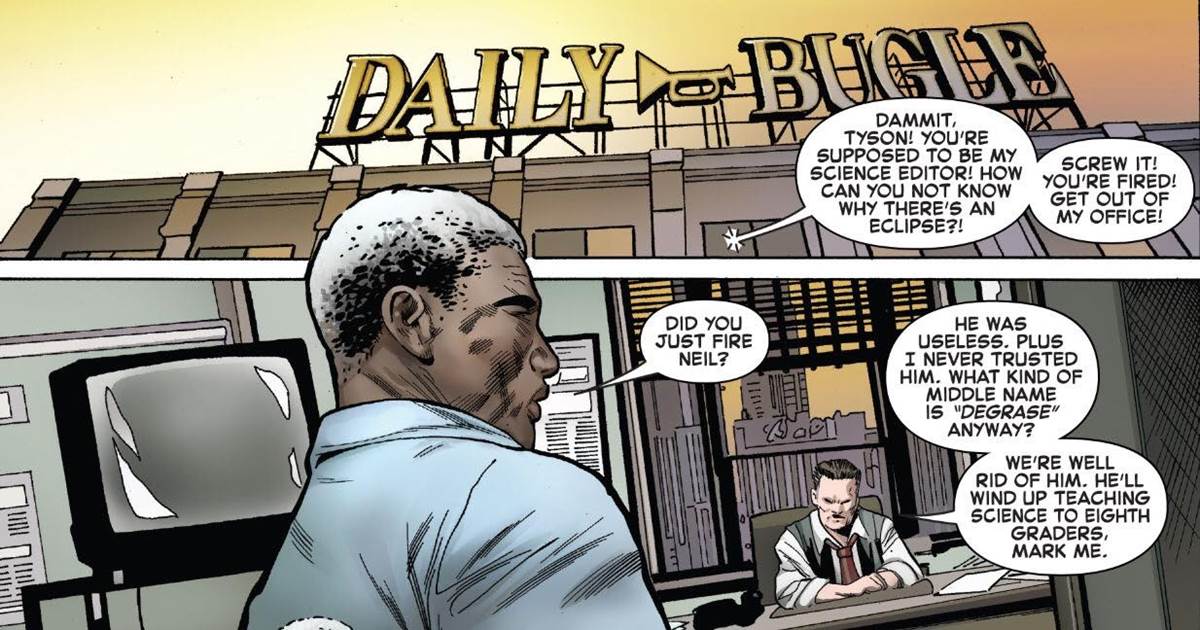 Yep, two jokes in one week! This is classic J. Jonah Jameson in a classic Spidey story. “Symbiote Spider-Man” is set in the time before Venom, when Peter Parker was still wearing the symbiote suit (hence the name). So it makes sense that we would get some great JJJ moments.

It’s amazing that in a comic in which an Avenger is seemingly killed, a world-ending force is on the horizon and a time-traveling conqueror shows up, we can still get hilarious moments like this. That’s the beauty of getting into a classic Spider-Man story like this. And the beauty of a great character like J. Jonah Jameson.

You can check out “Symbiote Spider-Man: King in Black #2” now.