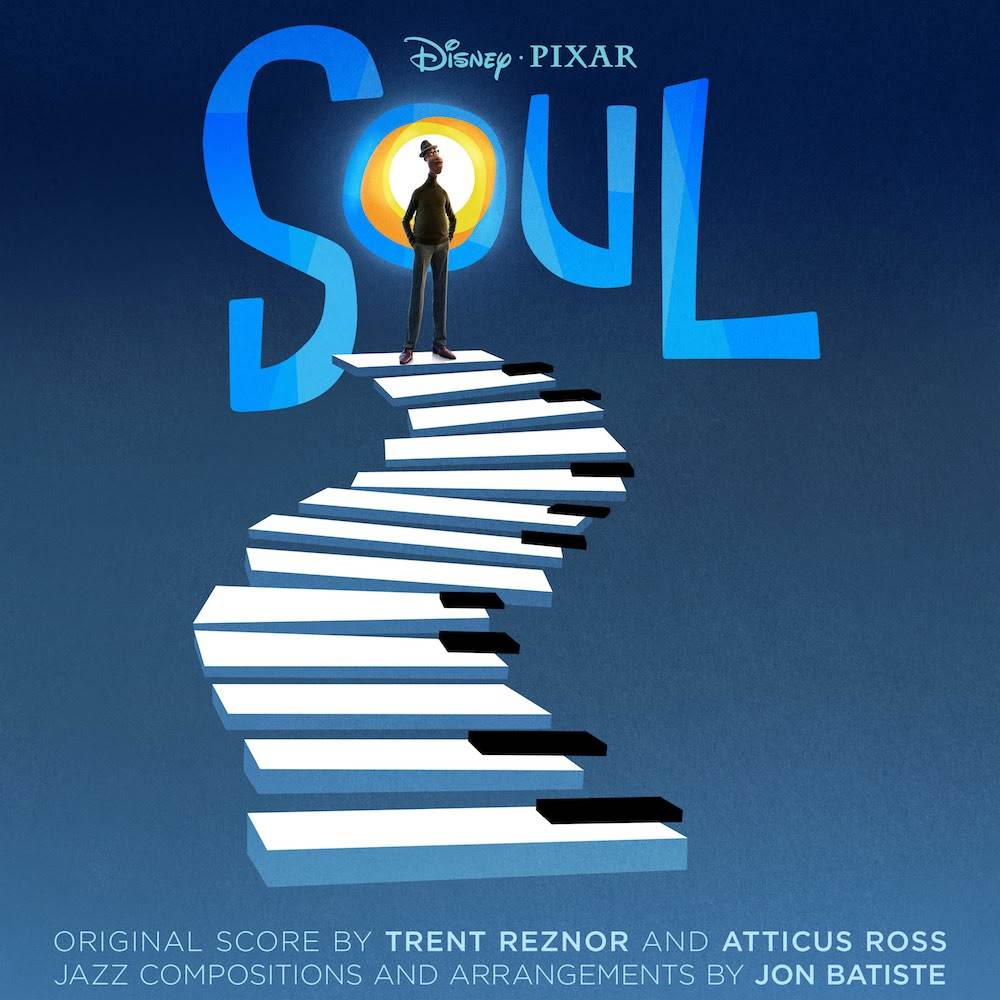 Pixar’s Soul tells the story of a struggling jazz musician who feels he was born to be on the stage with the greatest jazz musicians of all time. Ahead of the film’s December 25th Disney+ premiere, Walt Disney Records has released the soundtrack digitally and on vinyl. While the vinyl releases split the score by Trent Reznor and Atticus Ross into a separate album from the Jon Batiste jazz release, the digital release combines them, interspersing jazz and score tracks in the order they appear in the film.

Fans looking to replicate the vinyl experience in digital could make their own playlists. The tracklist would be as follows:

12. The Epic Conversationalist / Born to Play

Songs with an * are exclusive to the vinyl album

3. The Great Before / U Seminar

There are a few actual songs on the soundtrack, although Soul is not a musical. “It’s Alright” is a Curtis Mayfield classic in the style of Jon Batiste, which premiered ahead of the film on Dancing with the Stars. Daveed Diggs has a very short rap called “Rappin Ced” and Cody ChestnuTT provides a soulful acoustic song called “Parting Ways.” With the exception of “It’s Alright,” these songs are exclusive to the digital release.

Directors Pete Docter and Kemp Powers have split score duties for Soul between two teams. Jon Batsite’s jazz music underscores Joe Gardner’s life in New York City, primarily used to underscore sequences that take place in the mortal world or ones that call back to it. Trent Reznor and Atticus Ross provide score for the rest of the film, primarily for scenes set in “The Great Before” or that involve characters from it.

Jon Bastite’s jazz compositions are as wide ranging and varied as the compositions itself. The film and album begin with “Born to Play,” which features a tremeloing piano heavily used in trailers to promote the film. “Bigger Than Us” is also instantly recognizable from marketing materials, but one of my favorites is “Collard Greens and Cornbread Strut,” a short uptempo track with some vocals in the mix as well. Another track almost starts like a salsa called “Apex Wedge” and another called “Let Your Soul Glow” gets very funky. The jazz tracks alone are probably enough to earn the soundtrack a Grammy nomination if not also an Oscar nom.

If Jon Batiste’s jazz music was all that was on the soundtrack, it would be a fine release. But there’s then 40-minutes of score from Trent Reznor of Nine Inch Nails and his collaborator Atticus Ross, both of whom won an Oscar for their score from The Social Network. In Soul, they provide a very ethereal and electronic score that feels like the Daft Punk soundtrack from TRON: Legacy died and went to heaven. “Falling” is a perfect example of the tonal consistency they strive for, something that’s edgy, yet divine. Much of their music sounds ripe for inclusion in a future update to a Tomorrowland or EPCOT background music loop.

The Soul Original Motion Picture Soundtrack is just about as perfect of a release as a fan could ask for. Serious music collectors will likely want to collect both the Jon Batiste vinyl release and the digital soundtrack to gather together all of the songs that have been released. But no matter which way you listen to it, you’re sure to be in aural ecstasy.