Today marked the “Winter Finale” of The Wonderful World of Mickey Mouse with the next batch of 10 shorts scheduled to premiere on Disney+ in Summer 2021. With that, we take our last exhaustive recap of each short. There were a lot less throwback Disney in-jokes in these two shorts, but they’re still a lot of fun.

The tone of this short reminds me a lot of Mickey & Minnie’s Runaway Railway, particularly the opening and closing sequences. The fun begins with Mickey, Minnie, Donald, Daisy and Goofy singing a song about what a beautiful day it is as they enjoy the park. 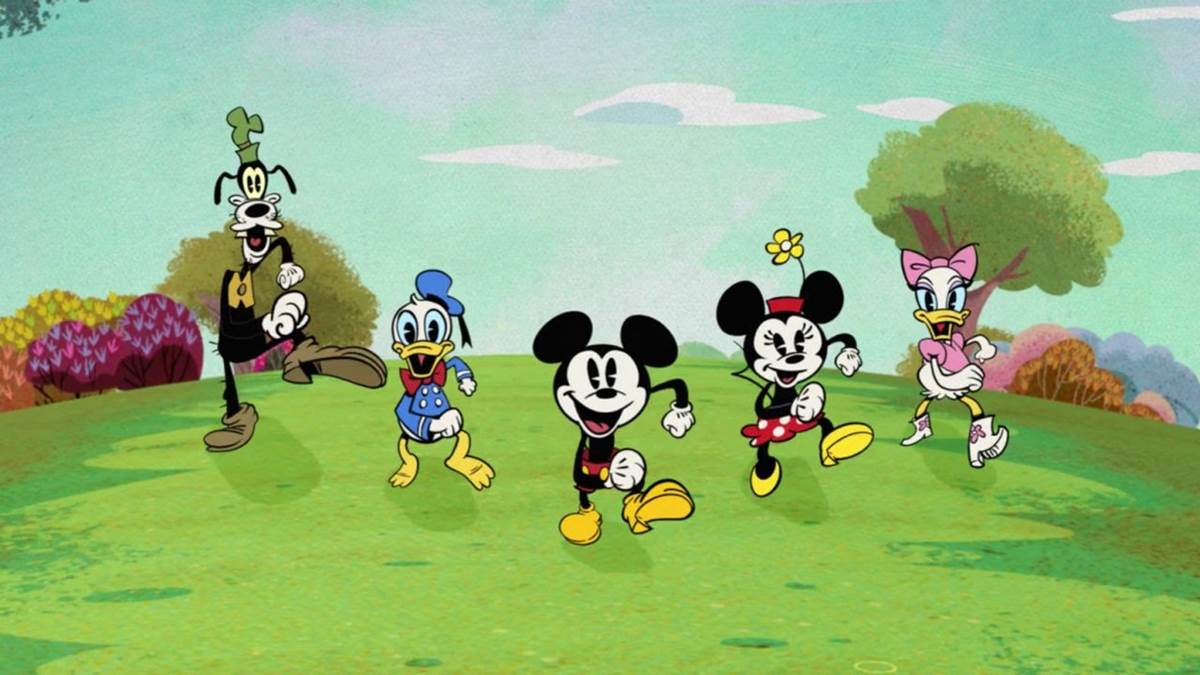 After making grass angles and playing on the lake, Mickey decides to add one more activity to their perfect day: A barbeque! When they arrive at the mid-century modern supermarket, they find that the parking lot is completely full. Daisy keeps the car running in front of the store while the rest of the gang runs in for a short list of BBQ supplies. They split up for the sake of time. Minnie’s got meat, Donald has fruits, Goofy has lobster and Mickey will get “The fixin’s.” Teamwork makes the dream work! Must be a nice store to have received an A health rating! 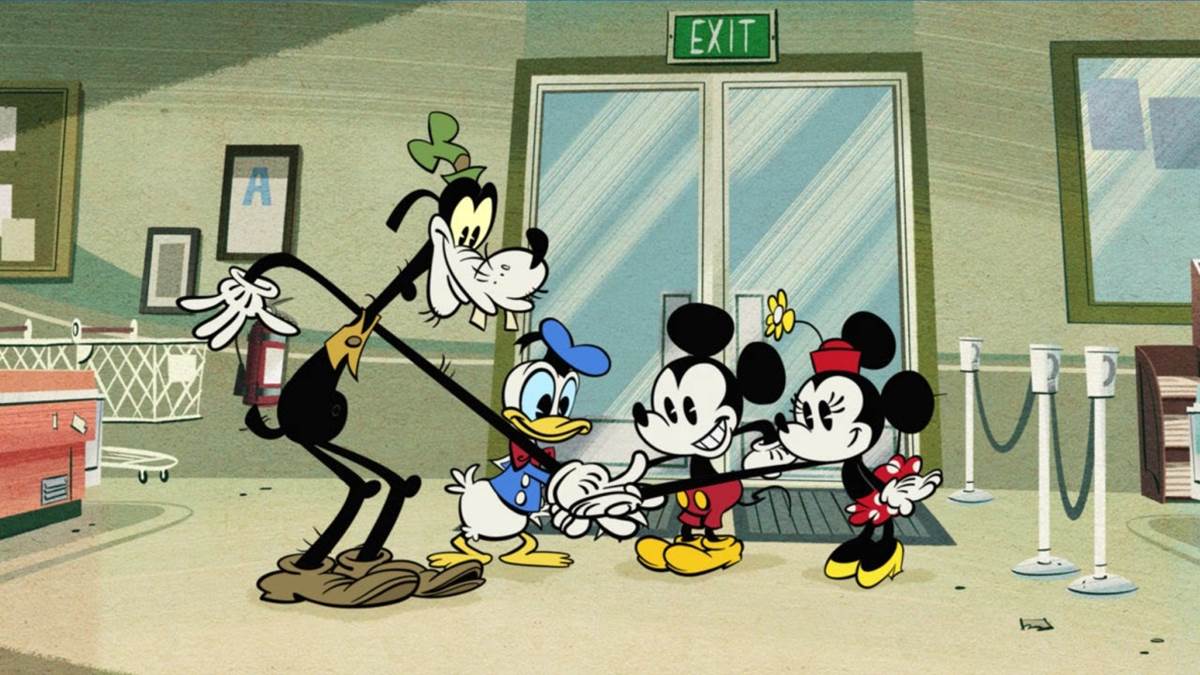 Daisy avoids a ticket by rolling the window up on the convertible and pretending she can’t hear the officer. 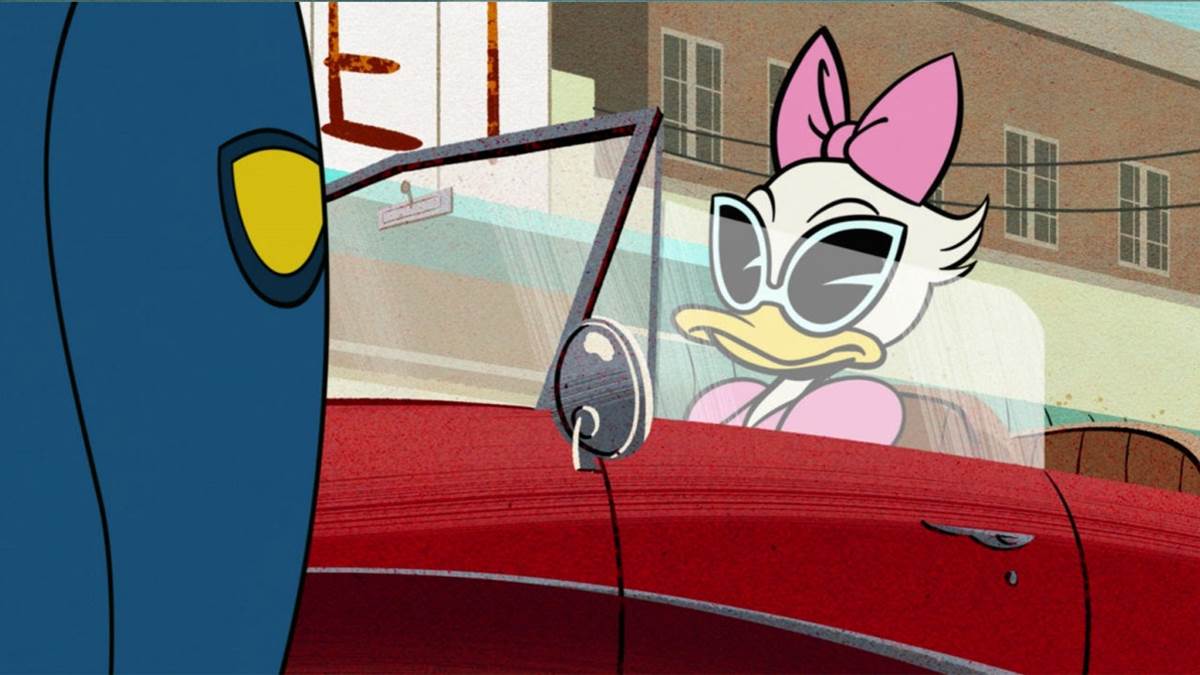 Inside the store, the always helpful Mickey Mouse can’t resist helping those in need. It starts with assisting an elderly woman with a bottle of sauce, but expands to cleaning up spills, restocking cans and enforcing safety rules. Over in produce, Donald Duck happily grabs up the fruits singing a new song called “Donald’s Conga Song” (now available on streaming platforms), but he has a little trouble getting the plastic bag open to hold it all. In the meat aisle, Minnie is picking out some of the best grade meat she can get when an announcement comes over the speakers that hot dogs are on a fire sale: “All you can carry for $1.” Panic ensues as a run on the meat department occurs. Meanwhile, all is calm in the Seafood section where Flounder from The Little Mermaid is a mascot. Goofy has never been one to properly follow signage, zipping out of his street clothes and into a wetsuit to dive into the crustacean tank. 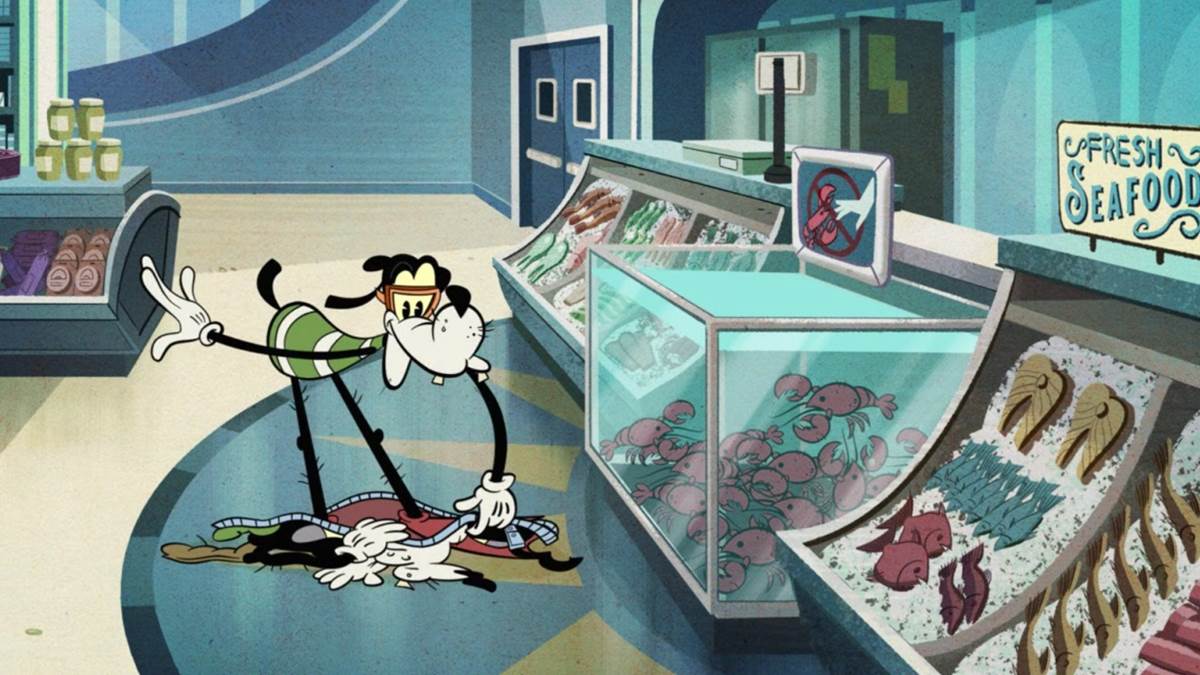 While Daisy stops traffic out front, Mickey is promoted to store manager. Meanwhile, Donald literally sparks outrage from other shoppers as he furiously tries to open produce bags, setting static electricity throughout the store, turning ears of corn into popcorn and ruining another shopper’s cumquats. Minnie gets herself into a jam with the hot dog links. Pete arrives and steals Minnie’s wieners, causing her to be filled with so much rage that she Hulks out! Daisy intervenes and saves the day, knocking sense into Mickey who rounds up Donald in a runaway shopping cart, calms Minnie down, and they narrowly escape an angry mob on their way out. The gang enjoys a perfect picnic after a very hectic shopping trip. 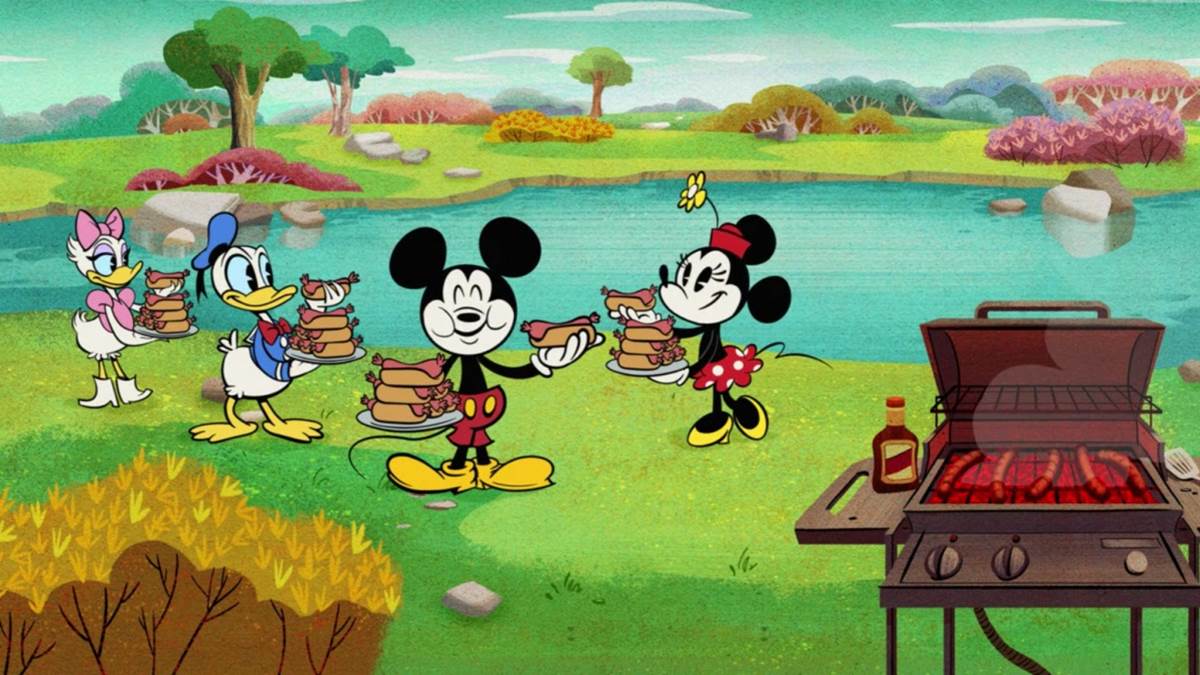 But wait, isn’t somebody missing? 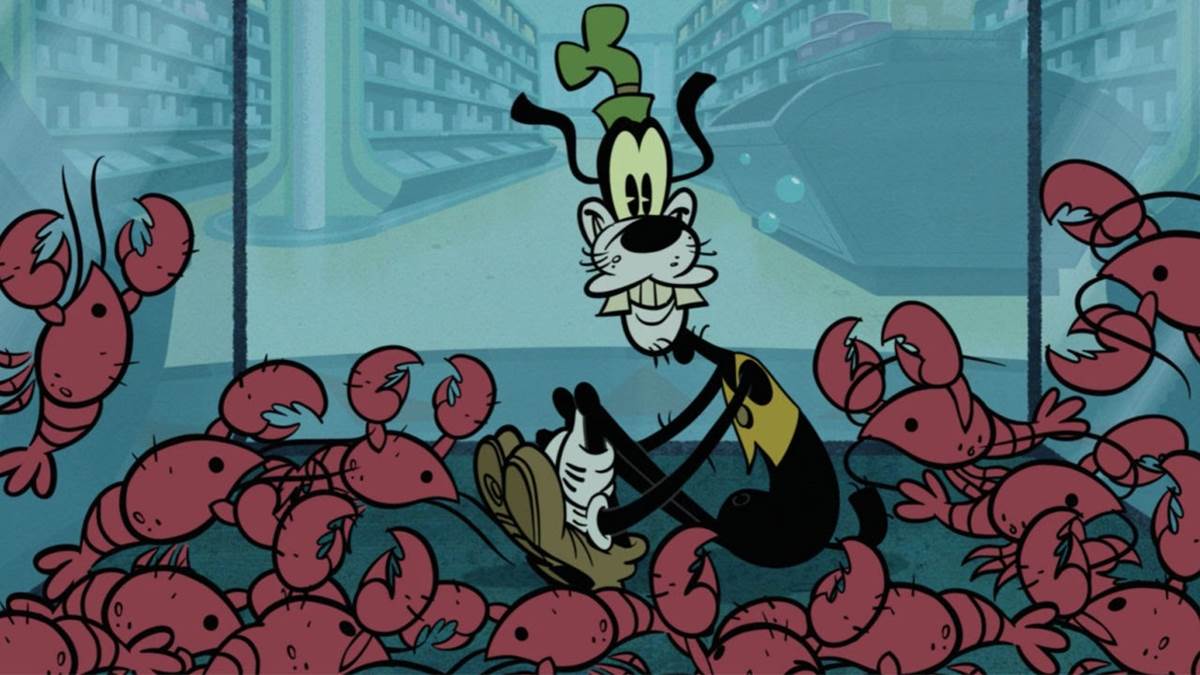 Just the Four of Us

Donald and Daisy have just returned home from another exhausting double date with Mickey and Minnie. Having just gone skiing, skydiving and blasting off on a rocket to the moon, they can’t stand the thought of going out again tonight. 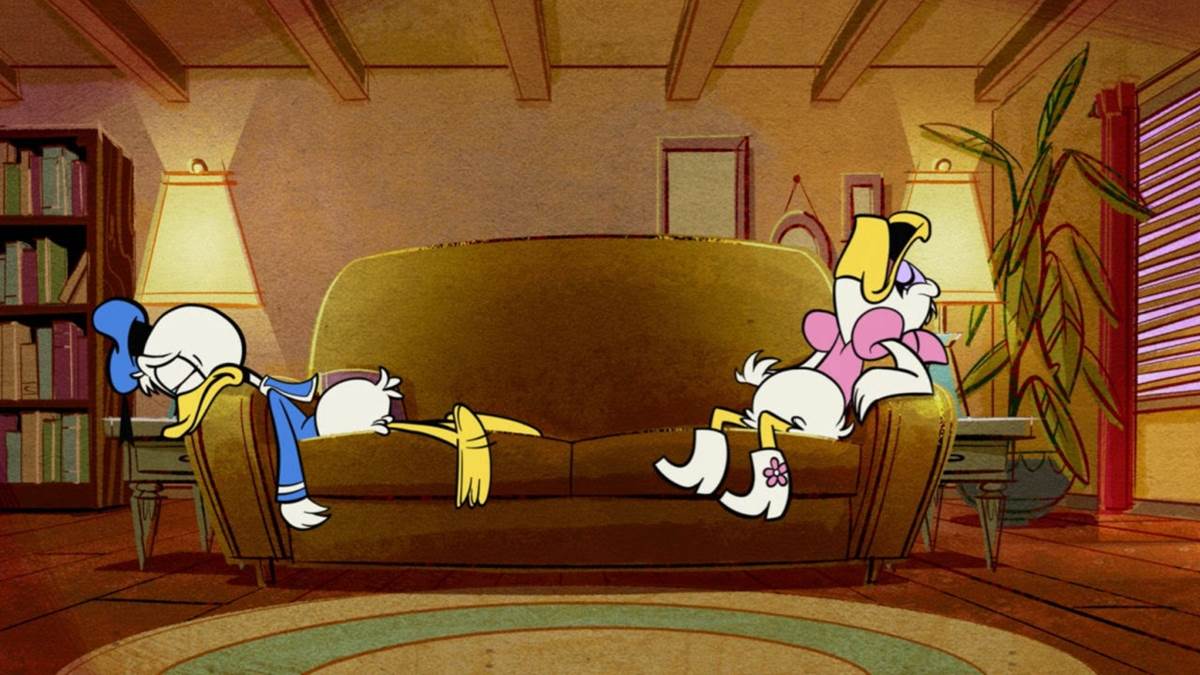 Donald takes matters into his own wings, grabbing the phone and calling Mickey to tell him he and Daisy can’t join them. But he makes a terrible mistake when he tells Mickey that they’re both sick. Daisy panics, knowing this means Mickey and Minnie will be arriving soon to take care of them. At this point, the short becomes a horror movie parody. 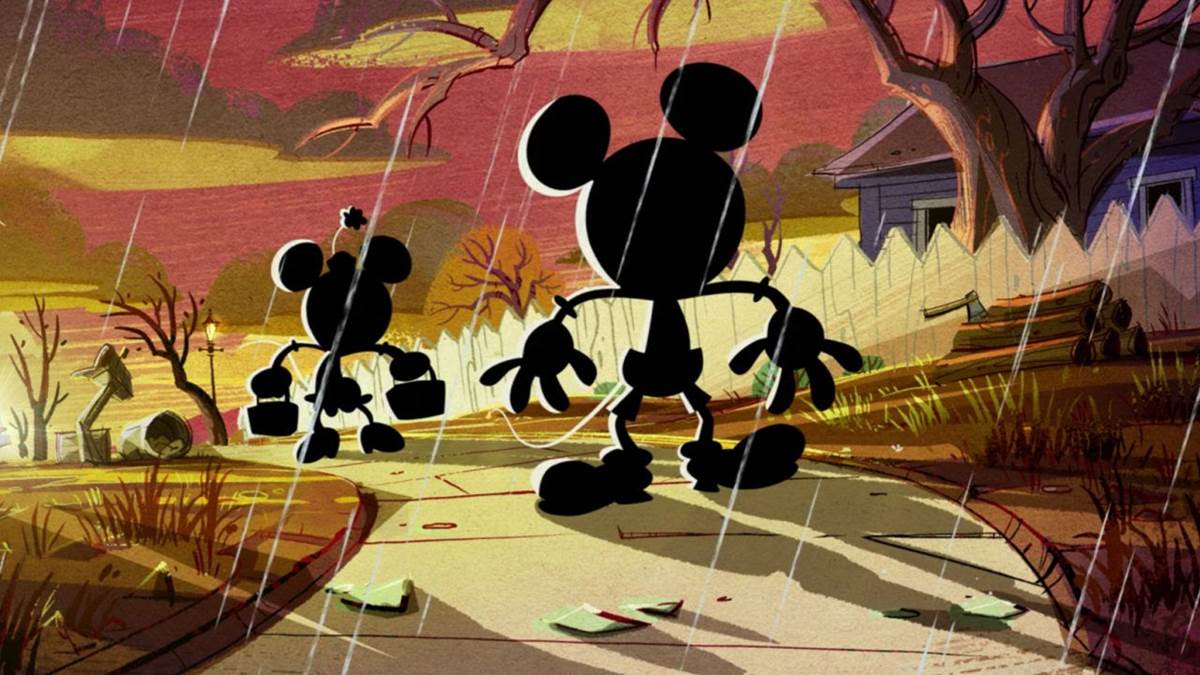 They lock the front door and board up the fireplace, but forget to lock the backdoor. Daisy runs upstairs to hide while Donald ends up trapped downstairs. Minnie heads upstairs to find Daisy, who E.T.’s in a pile of plushies when Minnie Mouse enters her bedroom. Mickey stalks Donald in the kitchen, tempting him to come out by offering him a “Spoonful of sugar to help the medicine go down.” The clever duck leaves a decoy in the closet next to his spring water, summer water and winter water. Minnie plays tea party with the stuffed animals while waiting for Daisy to arrive. When Minnie’s back is turned, Daisy sneaks out the window. Goofy scares Donald out of his skin, having borrowed the bathroom for his annual shower. 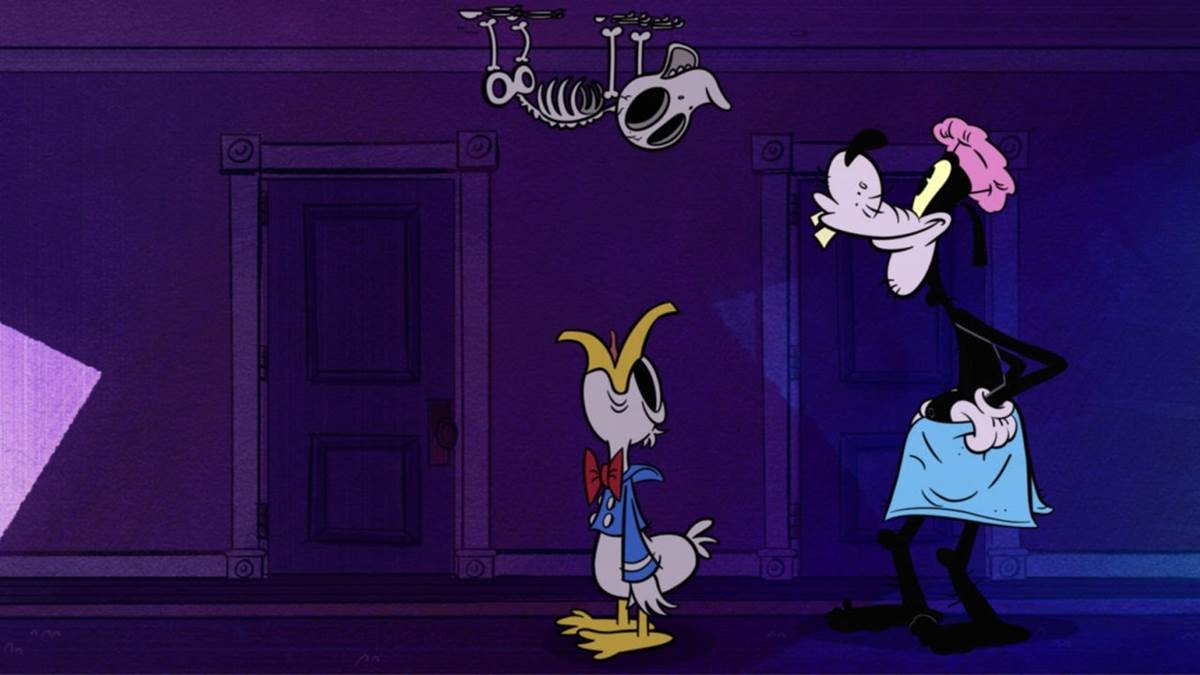 Mickey finds Donald in the bathroom, causing him to jump out the window and join Daisy on a cold, rainy night. 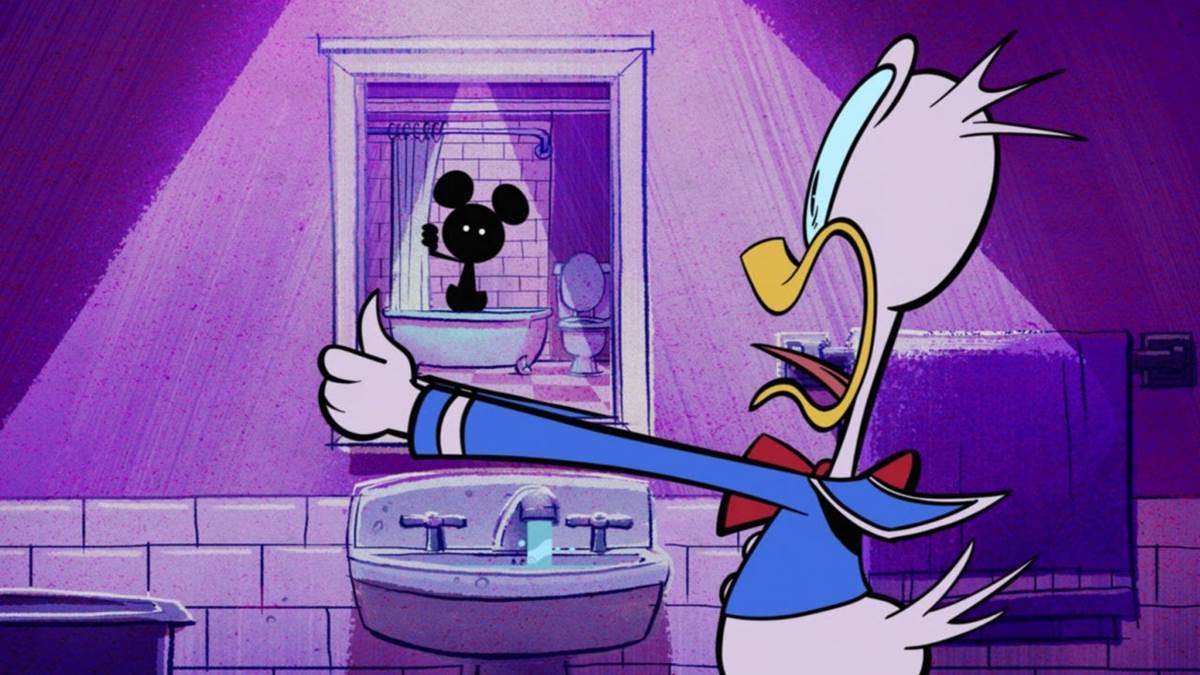 Waking up in the hospital, Donald and Daisy relax, finally getting time alone together, “Just the two of us.” Make that “Just the four of us.” Hey, that’s the name of this short! It turns out Mickey and Minnie got sick out in the rain, too! Until next summer, “See ya real soon!”