What Does “The Mandalorian” Season 2 Finale Post-Credit Sequence Mean? 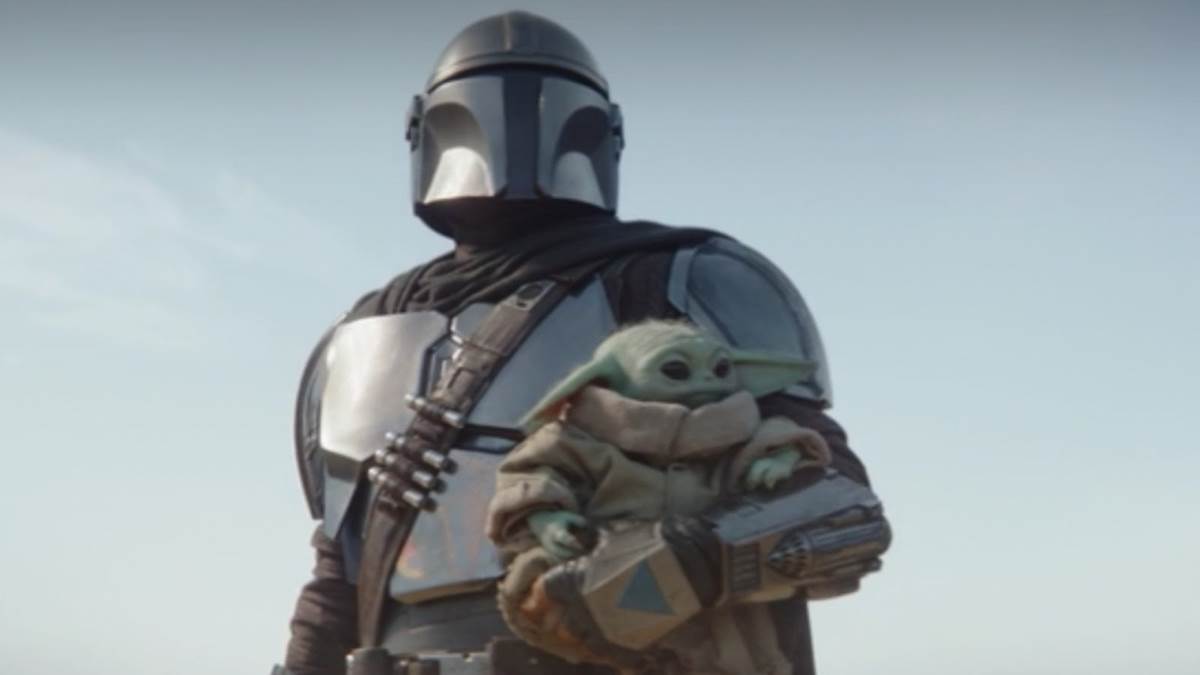 WARNING: EXPLICIT SPOILERS FOR THE SEASON 2 FINALE OF THE MANDALORIAN AHEAD.

Okay, so never mind what happens to Grogu and Din Djarin at the end of The Mandalorian’s second-season finale. It’s time to talk about the post-credit sequence that took us all by surprise and saw a return to… wait for it…

Jabba’s Palace. Tatooine. Gamorrean guards patrol as a five-year-older (and slightly… larger) Bib Fortuna sits on the throne, surrounded by lackeys of various alien species. Blaster fire erupts in the stairwell and Fortuna reacts with a “Maclunkey!” as Fennec Shand (played by Ming-Na Wen) enters and takes out the guards, then sets the Twi’lek slave girl free. She’s followed closely behind by Boba Fett (Temuera Morrison), who offs poor Bib and immediately takes his seat on the dais.

The image fades out and text appears on the screen: “THE BOOK OF BOBA FETT,” followed by “COMING DECEMBER 2021.” Exciting, no? But what does this mean? The immediate assumption is that Boba Fett, as played by Temuera Morrison and likely accompanied by Ming-Na Wen as his now-sidekick Fennec Shand is getting his own live-action Disney+ series– one that somehow wasn’t announced by Lucasfilm president Kathleeen Kennedy during last week’s Disney Investor Day (an event at which they revealed nearly a dozen new upcoming Star Wars projects for both film and TV). But is that truly the case? If not, what are the other possibilities?

It could be a feature-length movie (either theatrical or straight-to-Disney+), considering a Boba Fett stand-alone film was long rumored to be in development under directors Josh Trank and then James Mangold a few years ago, before The Mandalorian got the green light and eventually did the job of reintroducing Star Wars’ most famous bounty hunter perfectly well on the small screen. I suppose it could also be a literal book, as the title implies– there sure are plenty of intriguing projects coming out of Lucasfilm Publishing in the immediate future– but I feel as though that might be a wee bit anticlimactic after such an imposing visual set-up. At this point I’d say chances are we are indeed looking at a Boba Fett Disney+ series or miniseries coming before the end of next year. When will we find out more? It’s hard to say, but there is one final Mando Monday left during this season, so that seems like as good a time as any for Lucasfilm to release more information.

If a Boba Fett series does premiere on Disney+ next December, what does that mean for the third season of The Mandalorian, which we know was set to go into production around now? Could we have to wait for 2022 to see the further adventures of Mando and young Grogu, not to mention the other fairly notable characters who have been popping up on the series’ recent episodes? There’s a lot of question marks in these paragraphs, and at the risk of making our headline feel just a little clickbait-y, I have to admit we don’t know most of the answers just yet. But I would guess we’ll find out more soon, and until then we have an excellent season of Star Wars storytelling to rewatch. And as soon as we have additional info to share about this, you can rest assured we’ll cover it here on LaughingPlace.com.

The Mandalorian season 2 is now available to stream in its entirety, exclusively on Disney+.