If you’re looking for a sitcom with action and an engaging central plot, Letterkenny is not that show. In fact each episode of the Canadian comedy opens with “There are 5000 people in Letterkenny. These are their problems.” Of course if you’re reading this, you’ve probably been watching the series and are very familiar with its dry humor and long, drawn out scenes full of characters piling on insults of each other or their neighbors in the least aggressive way possible. 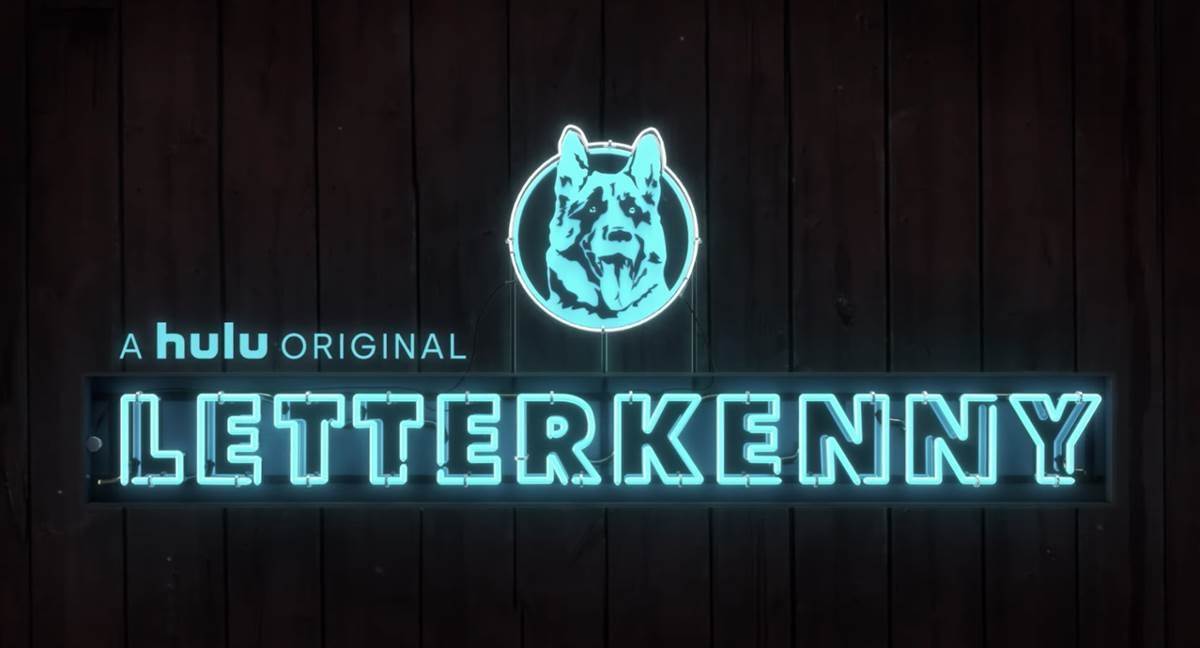 Season 9 of "Letterkenny" Comes to Hulu on December 26th

We first reviewed Letterkenny when it made its stateside debut as a Hulu Original series in 2018. At that time the show was already boasting a five season run on Crave TV and has since gone on to produce an additional four. Over the past two years, Hulu has acquired each new season so fans in the U.S. can enjoy the entire series. Since its premiere, Letterkenny’s cast has remained the same and appears to have added more unique and unusual characters to the small fictional town set in the province of Ontario.

Season 9 opens with Katy (Michelle Mylett) reciting a poem or rapping (?) while we flashback to her relationship with a questionable guy, Deriks, who it appears was cheating on her. Katy’s surrounded by her brother Wayne (Jared Keeso) and their friends and we get the impression that they’re going to fight Deriks. And sure enough, season 9 picks up post butt kicking.

After the cold open, it’s revealed that this group of 14 Canadians have crossed the border and are visiting the U.S. to attend a “Buck and Doe” or wedding engagement fundraiser. Yes, this is a real thing. As our gang sit in a diner celebrating their victory, eight muscular, American, bros confront the group for beating the s*** out of Deriks, who happens to be the leader’s cousin. This verbal exchange lasts nearly four minutes and is quite silly as the Canadians proceed to sit there and ask things like, “so this is the big one?” “I guess we better get to it,” “if the shoe was on the other foot, we’d let you sort out your affairs” and on and on and on. We finally get a big diner fight complete with slow motion shots set to “Blood on the Wall” by Hibernation.

At the Buck and Doe for Ben and Jen, we check in with the groups. Post break up with Deriks, Katy’s on the rebound and eyeing many of the guys in attendance, who also are mostly shirtless but not in a Chippendales way. She’s decided on applying a scorched Earth strategy to her dating life, and is ready to take down. As for the shirtless friends, they’re having a serious (and lengthy) discussion about some of the U.S. military’s strategies for acquiring dental records using cameras—with some very wild theories. The episode ends with dancing, and the group heads back to Letterkenny.

A few episodes later we get some Disney references when the Hockey Players talk about the fictional characters they'd uh, be intimate with. Yes, they went there and mentioned Ariel then Maid Marian from Robin Hood who’s “foxy”—and that’s not surprising because she’s a fox. Another character starts to spill the beans on the mystery fellow his boss is spending some time with claiming if this man was a cartoon character he’d be “Woody from Toy Story…1 through 4!”

Beyond the initial season 1 episodes I reviewed, I haven’t checked in with the series so there’s definitely a bit of a disconnect for me. But with the nature of the show, audiences can jump in almost anywhere and get a feel for what Letterkenny is all about: not much of anything! As I said originally, I can tell the humor is to be appreciated, but I’m missing something. The production quality is good, the characters are bizarre and mimic the actual boringness of real life and the troubles and excitement we create for ourselves. If you’re looking to escape your reality and spend time with someone else’s problems for a while, park yourself in front of a screen and take a trip to Letterkenny.

Season 9 of Letterkenny is now streaming on Hulu.