Any tie there is a major crossover event happening in Marvel Comics, you’re bound to get some really fun and wild tie-in issues. While the major players of the event are on the front lines of the fight, there are usually a handful of others who having their own, mostly-related adventures that will somehow slightly impact the outcome of the overall story.

“King in Black: Iron Man/Doom” is the perfect tie-in issue. It actually goes above and beyond by not taking those periphery characters and instead taking two of Marvel’s biggest hitters and giving them their own little wacky side adventure.

Warning – Spoilers for “King in Black #2” ahead 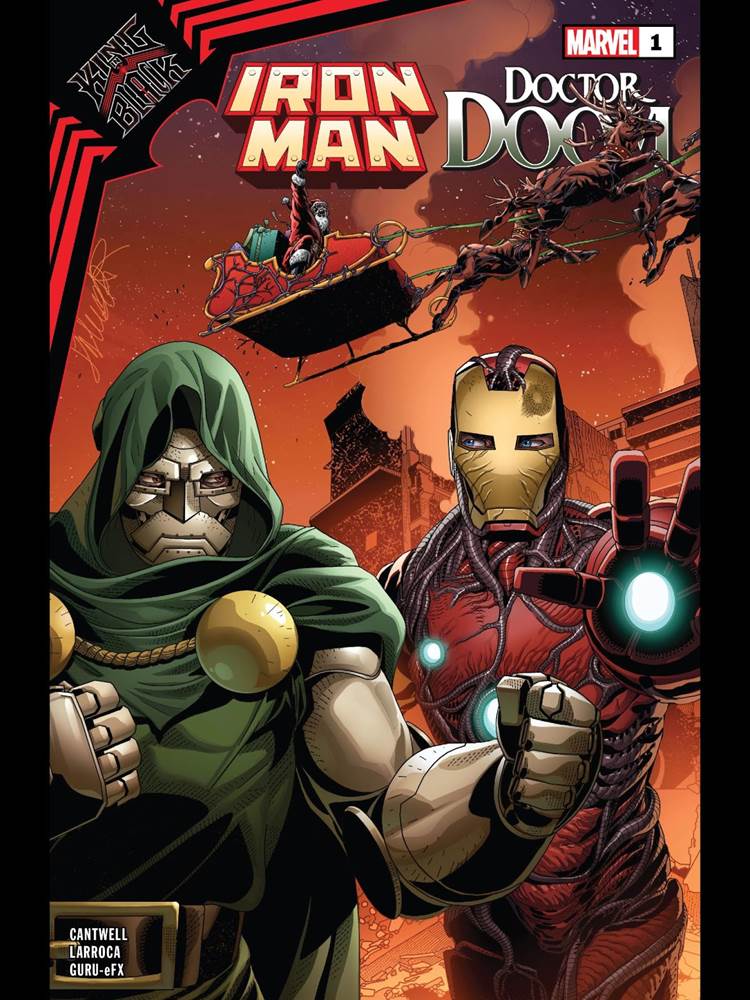 Knull has taken control of some of Earth’s mightiest heroes, the planet is encased in a symbiote cage and Eddie Brock is dead. Of course, in true Tony Stark fashion, he blames himself for all of it. So while Tony is sitting around feeling sorry for himself, he is greeted by an unexpected visitor.

Doctor Doom is one of the Marvel Universe’s most notorious villains but, in times of crisis, he can also be a very valuable ally. So in some cases, Tony can be very happy to see Doom. For example, when Earth is threatened by cosmic entity or an alien deity or… Santa Claus.

That’s right. The battle for Earth now goes through jolly old Saint Nick himself and two longtime enemies have to join forces to destroy Christmas. This isn’t your average mall Santa though. Knull has a few tricks up his sleeve this holiday season and this is one festive fat man you don’t want coming down your chimney. 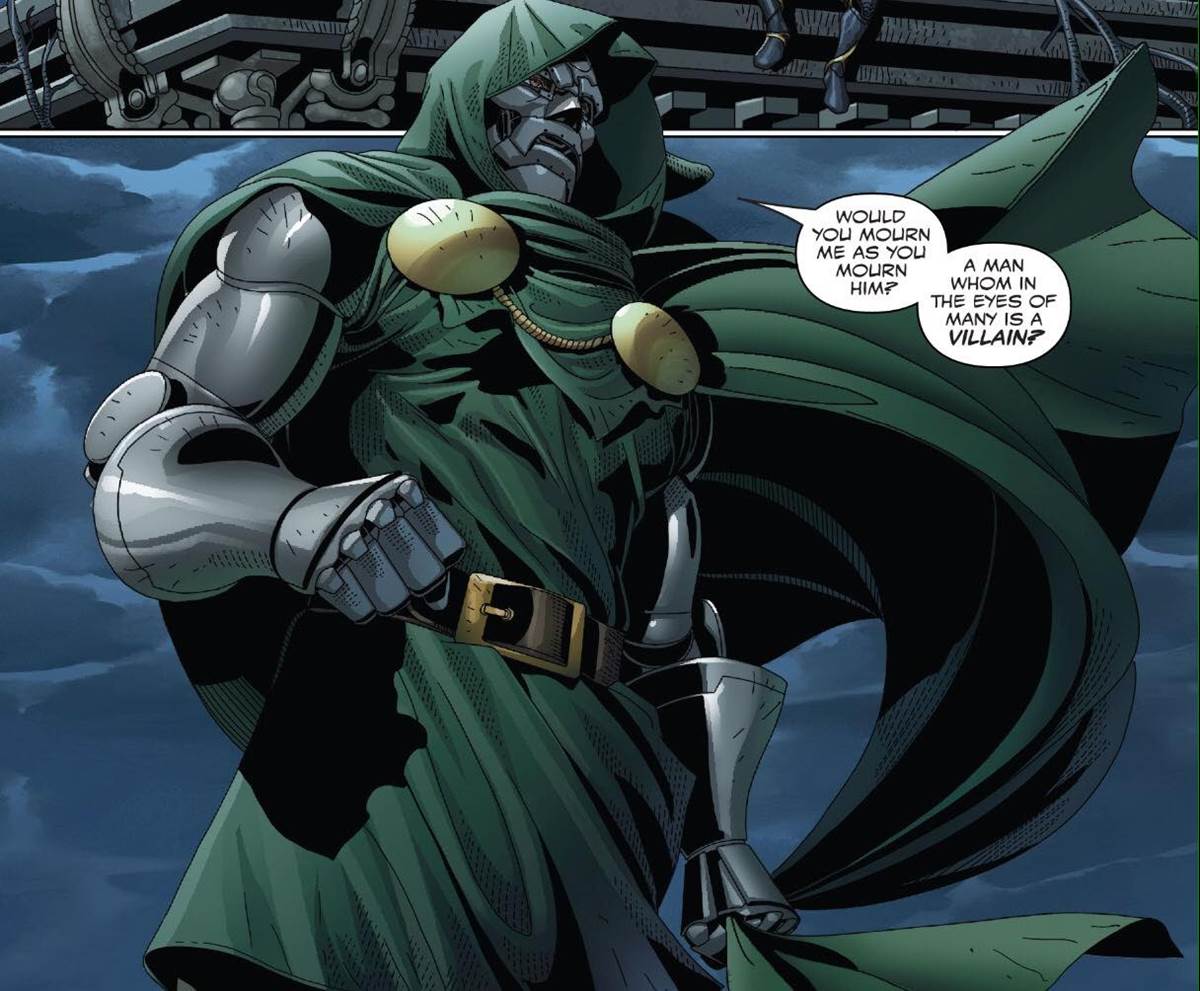 This is easily one of the best tie-in issues Marvel has ever done. The dynamic between Iron Man and Doctor Doom is somehow both tense and hilarious and it leads to a lot of really fun panels. We also get to see a really funny side of Doom, who seemingly has more Santa jokes than failed blockbuster movie appearances. Referring to Santa as “the chimney’d one” is one of the best things I’ve seen from the ruler of Latveria.

The comics is also loaded with action. Just about the entirety of this issue is the battle between Iron Man and Doom and this Knullified Santa Claus. And, as I mentioned before, Kringle isn’t exactly just throwing candy canes. No, this Santa packs a punch. The greatest thing about this issue though is that it actually features some major ramifications for the “King in Black” story as a whole. Tony and Doom makes some very important discoveries (though of course Doom was fully aware of all of this important information already) regarding how to defeat Knull. Turns out Santa actually did have some presents for the heroes afterall.

“King in Black” has been a dark, hopeless, thrilling adventure of a comic thus far. “King in Black: Iron Man/Doom” keeps all of that but manages to throw in some completely ridiculous off-the-wall fun. It’s also one of the best Christmas-related issues Marvel has ever given us, making it one you may want to revisit every year. 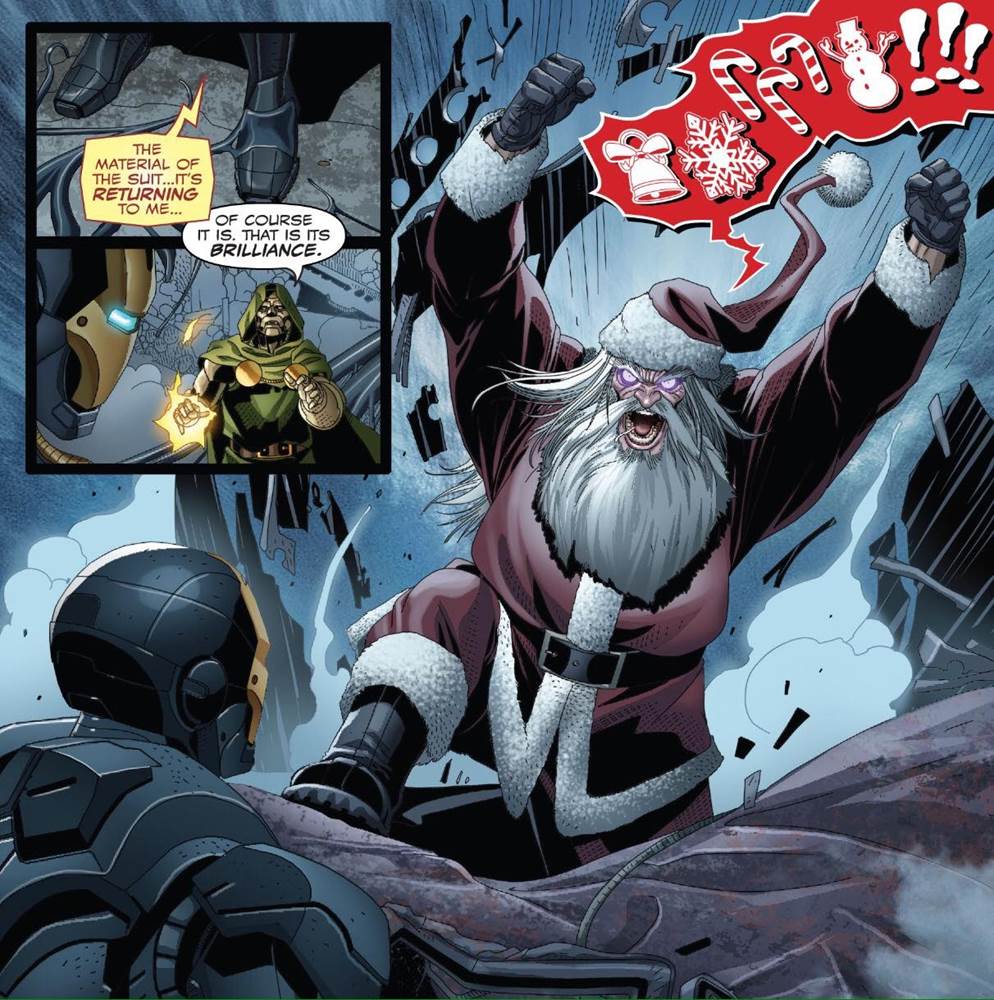