The second season of Peyton’s Places is in full swing and it follows the NFL great around the country as he explores the history of the National Football League, one piece at a time. For this eighth episode, Peyton is joined by President Bill Clinton at West Point for a look into the history of the forward pass. 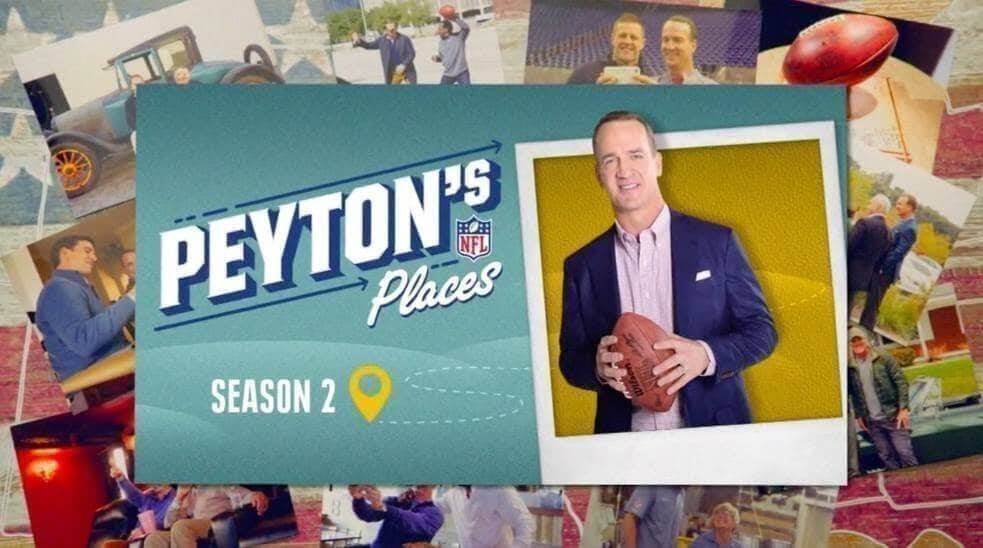 The episode opens with Peyton meeting Clinton at West Point, catching the hall of fame quarterback off guard. Peyton explains that, while quarterbacks are currently the face of the game, they didn’t always exist. We see a few highlights of football games for the early days of the sport, before the forward pass had been invented. Peyton explains that the game was changed forever by President Theodore Roosevelt and Knute Rockney.

Manning and Clinton talk a bit about football’s early days and how player’s had very little protection, which prompted Peyton to take a cheap shot at the Jets. Clinton brings up how many players actually died playing football and Peyton goes deeper, saying that in the 1905 season, 19 players died.

Clinton shares a letter Roosevelt wrote to Walter Camp, the founder of the rules of football. Roosevelt began campaigning to save football as it was on the verge of being abolished. The President summoned leaders from Princeton, Harvard and Yale and demanded the game be opened up, leading to the introduction of a neutral zone, a change from five yards to 10 for a first down and the introduction of the forwards pass.

These rule changes resulted in a much lower death rate, saving the game from being abolished. However, Camp was not a fan of the forward pass and installed a series of rules that made completing a pass a penalty against the offense. This is some football history I have personally never heard and find it to be very interesting.

Peyton then gets into the football that was actually used at the time, calling back to an episode from his first season. The throwing motion players used was very awkward and has certainly come a long way. That brings Peyton to Knute Rockne, a player who is credited with essentially being the game’s first wide receiver. We see clips of the film Knute Rockne: All American, as opposed to actual footage of him playing. That further highlights just how much the forward pass changed the game.

In the funniest moment of the episode, Peyton explains that without the introduction of the forward pass, he would have had to find a different job. Clinton then references a classic commercial featuring Manning, in which he chants “cut that meat” at a butcher. Peyton then asks to throw Clinton a pass because he’s never completed a pass to a President. The execution is a bit sloppy, but they get the job done. 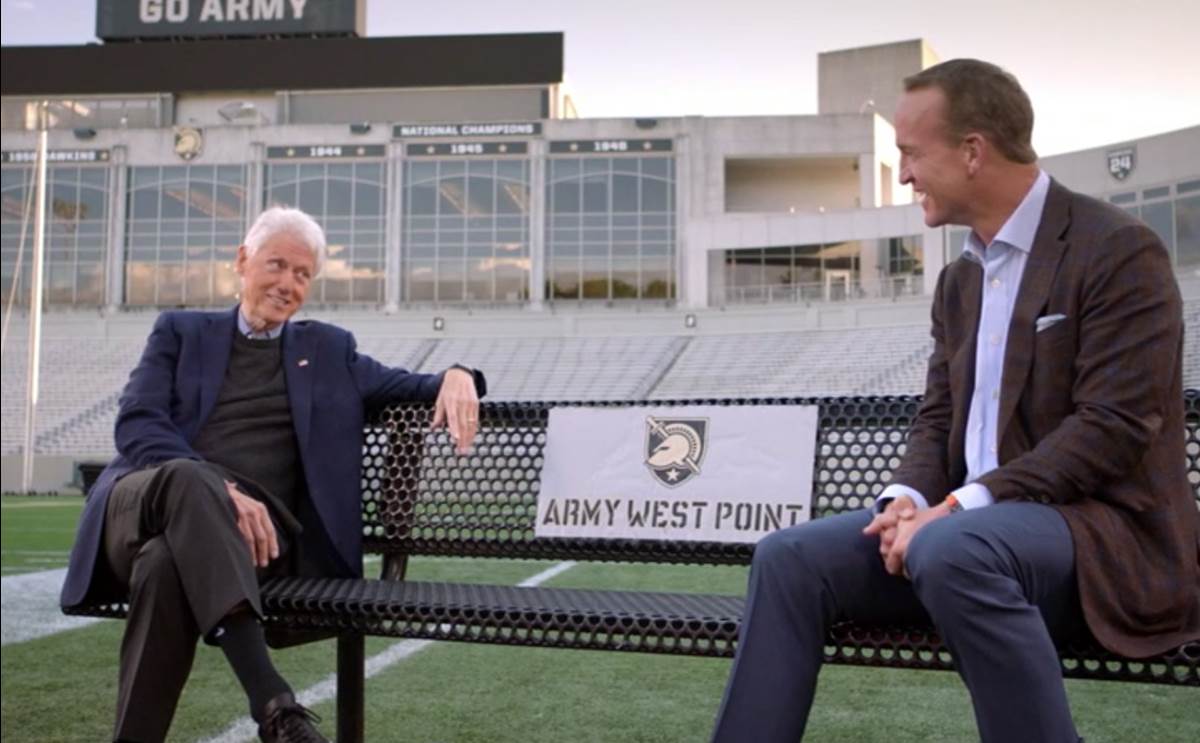 Peyton and Clinton then sit down to talk about picking a football team made up of presidents. Clinton runs through a few names of presidents he thinks would make good players and coaches. We then get to see some of Clinton’s love of football, in the form of him calling Cowboys coach Jimmie Johnson after the Super Bowl, meeting players in the White House and even playing some touch football on the beach.

Peyton breaks down “film” of Clinton playing football, throwing a ball out to fans in attendance at various events. He even gets into some footage of Clinton playing a touch football game on the beach. The pair has some fun with the old footage before Clinton takes control and shows some old Peyton highlights. We see a clip of Peyton taking a big hit that led to a broken jaw and Clinton compares his toughness to working in politics.

Peyton brings up conspiracy theories around Washington DC and asks Clinton to explain one of the most unexplainable plays in the history of football: The Immaculate Reception. Clinton jokes that he knows more about what happens in Area 51 than what happened on that play.

The episode closes out with an inspirational message from Peyton about the forward pass and how it changed the game forever. Sure, of course he’s going to say that. He’s a quarterback.

This was a very interesting episode of Peyton’s Places but far from the most entertaining. It was a very cool moment to see Clinton join Manning for the show and he provided a lot of great insight and history. But it’s tough to follow up entertainers like David Letterman and try to be as funny. Still, there was a lot of interesting history featured in this episode and this has been one of the most informative episodes of this second season.