Touchstone and Beyond: A History of Disney’s “The Count of Monte Cristo”

Betrayal, revenge, a prison break, buried treasure, and Luis Guzman. Any of these ingredients would make an interesting film but 2002 brought us a movie with all them wrapped up in one, The Count of Monte Cristo. It’s time to get literary and see how director Kevin Reynolds’ film adaptation of the Alexandre Dumas novel has aged. 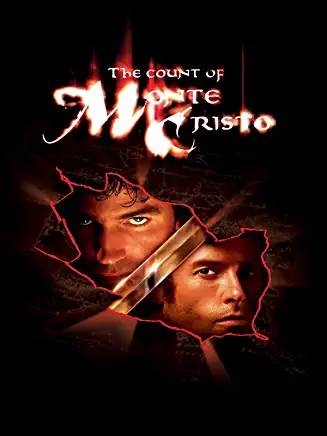 Edmond Dantes (Jim Caviezel) is in the prime of his life. Best friends to the wealthy Fernand Mondego (Guy Pearce), Edmond plans to marry his beloved Mercedes (Dagmara Domincyzk) when life is turned upside down. Taken advantage of by Fernand, Edmond is falsely accused of aiding the exiled Napoleon Bonaparte, and is subsequently sent to the remote island prison Chateau d’If.

Declared a traitor to the nation, Mercedes tries to free Edmond, only to learn that he has ‘died’, thanks to some subterfuge by Fernand. Believed to be dead, Mercedes marries Fernand and they have a child Albert (Henry Cavill).

Locked in the barbarous prison, Edmond is confused about Fernand’s betrayal and takes years to reconcile the truth about what happened. Guided by another prisoner Abbe Faria (Richard Harris), Edmond is educated by him, taught how to fight, and learns about a vast treasure hidden on a small island. Edmond and Faria orchestrate a prison breakout which only Edmond survives.

Found drifting in the ocean by pirates, Edmond saves the life of Jacopo (Luis Guzman) and together they search for Faria’s treasure. Finding the vast fortune, Edmond reinvents himself as the Count of Monte Cristo, and together he and Jacopo head for France to seek revenge on Fernand.

Returning to a home where he has been forgotten by friends and family, Edmond in the guise of the Count of Monte Cristo takes pains to exact his revenge. He seeks out Fernand and buys up all his ‘friend’s’ debt. Slowly, Edmond orchestrates a final battle which will force Edmond to decide if he is a murderer or still the same man at heart who was locked away in prison so many years ago.

Jim Caviezel is excellent as Edmond. When the audience first meets Edmond, he is a young naïve man who is blind to the ambitions of those around him. Caviezel has a wide eye innocence about him that helps sell the purity of Edmond. When he is betrayed by Fernand, that innocence continues to prison until he meets Faria. The education he receives from Faria and the years of confinement in prison has transformed Edmond into a vindictive vengeful man. Caviezel portrays this change in character brilliantly. He has a force and presence on screen that is impossible to ignore.

Luis Guzman is the perfect opposite to Caviezel’s Edmond. His Jacopo is not only funny, but capable in a fight, and able to blend in with French society to help Edmond execute his plan for revenge. Guzman brings humor and joy to a revenge tale, and it is humanity of Jacopo, and how Guzman brings him to life on screen that restores Edmond’s faith, and ultimately saves his life.

Guy Pearce is an excellent villain. He plays the dastardly Fernand with a joy that no one else could show on the silver screen. Pearce walks a tightrope of trying to show the audience why Edmond would be his friend, but also how that loyalty he has to Edmond is very shallow, hiding an ambitious predator on the unsuspecting innocent Edmond.

The only complaint I have is that the only change to Edmond besides his wealth when he returns to France, is a goatee. He might be well dressed and calling himself the Count of Monte Cristo, but there is little physical change to the man, except the facial hair. The audience must remember that Edmond Dantes has been gone for almost twenty years and believed to be dead. If you can get past that notion, then you will love the movie. If that detail bothers you, then you might not be able to make it to the conclusion of the film.

The Count of Monte Cristo gets a 4 Golden Popcorn Bucket rating. This is an excellent film that doesn’t require the audience to have any knowledge of the celebrated book that it’s based on. Watching Caviezel transform onscreen from innocent to fueled by vengeance was brilliant. Luis Guzman brings the perfect touch of humor with lines like, “I swear on my dead relatives – and even the ones who are not feeling too good- I am your man forever!”

The Count of Monte Cristo was a modest success on a relatively lean budget. Almost twenty years later the film continues to thrill, and I highly recommend you check out this hidden gem from 2002.

Next week we saddle up for an epic horse race set on the other side of the world, 2004’s Hidalgo.