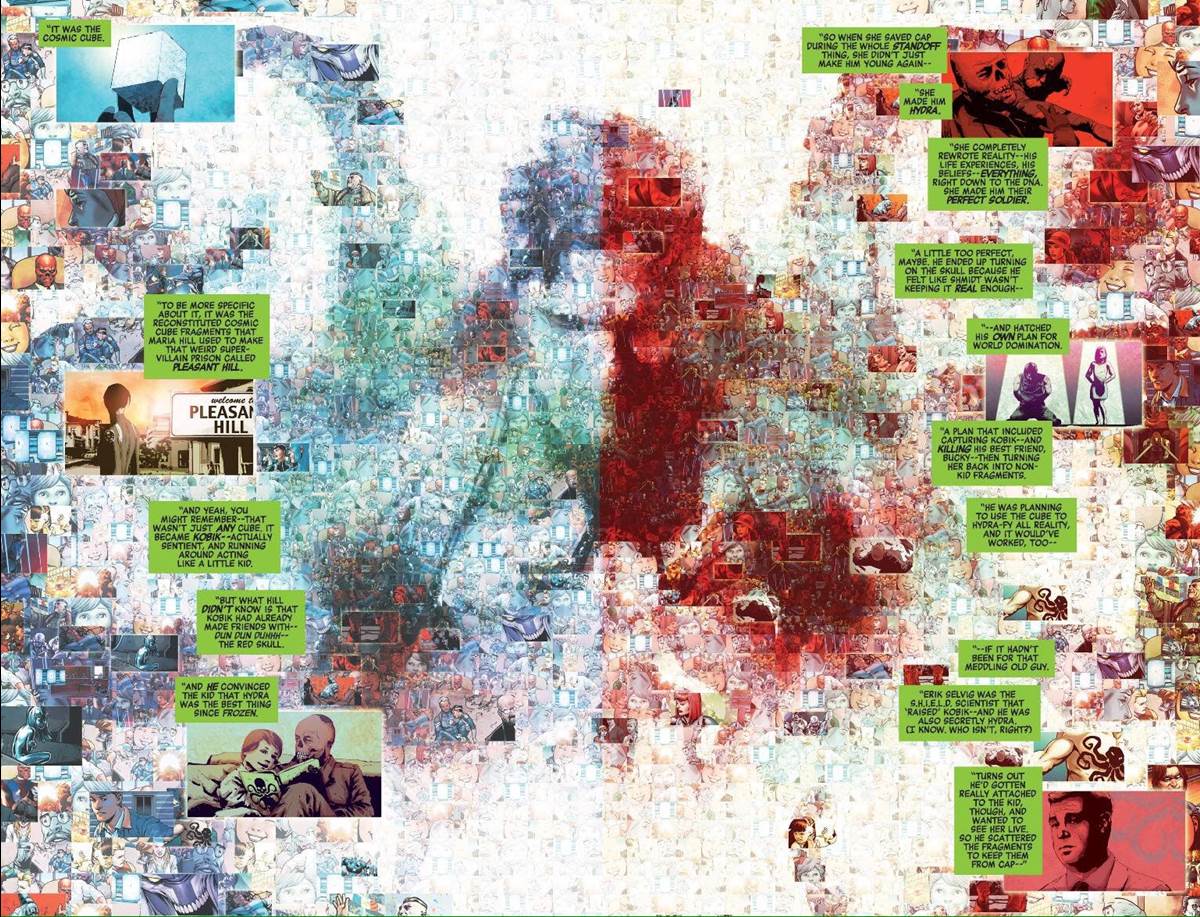 The “Secret Empire” crossover event made headlines back in 2017 because it took Captain America, Marvel’s perfect patriot, and made him speak the words no one ever thought they would see him say – “Hail Hydra.” And sure, I could have gone with that incredibly powerful panel, but most have already seen it in one way or another. So, instead I decided to go with this incredible exposition page filled with even more incredible art.

At a quick glance, you’ll see Captain America, divided in half, with one side representing classic America-lovin’ Cap and the other side representing the new Hydra Cap. But a closer look will show you that this page is actually a photographic mosaic made up of tiny comic panels featuring Cap and other characters. Go ahead, zoom in. I’ll wait for you to come back.

Welcome back. Wasn’t that cool? This whole series features some really amazing art but none more attention-grabbing than this page right here. Plus, this single panel (I know, it takes up a whole page but it’s still just one panel) provides all the information you would need to know going into “Secret Empire.” So if you like what you see on this page, I would recommend you check out the whole series. 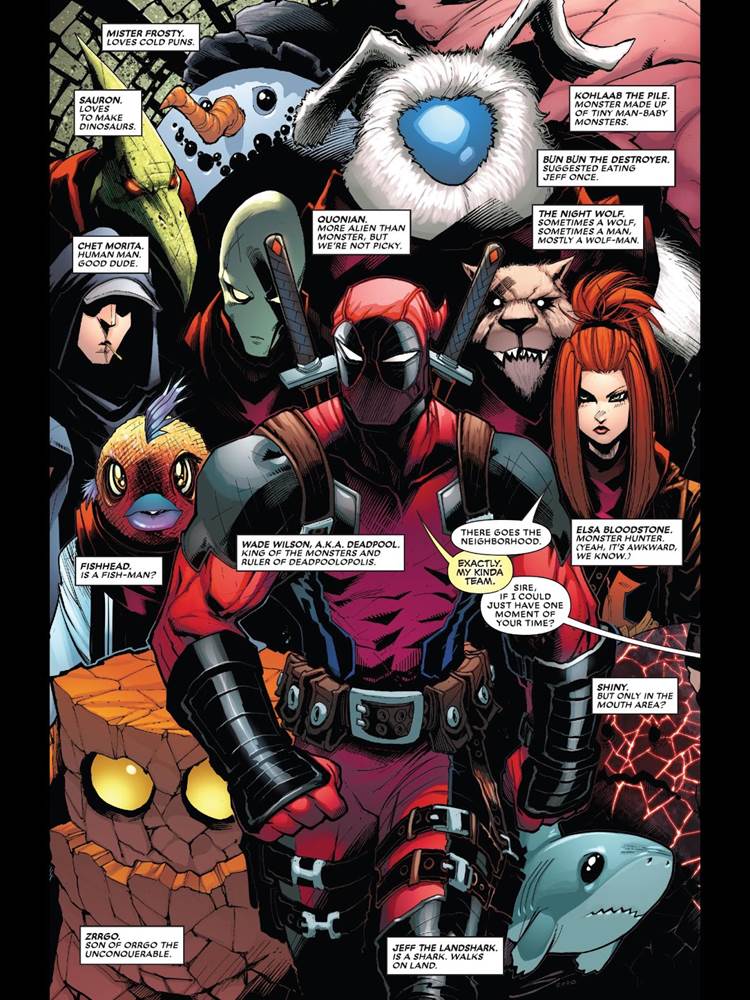 With Knull’s forces running wild in New York, Deadpool realizes the only thing that can defeat a monster is a team of even weirder, slightly less marketable monsters. The king of the monsters puts together this unlikely team of creatures and assembles them for a “big team-reveal-walking-toward-the-camera thing.”

As is usually the case, “Deadpool #10” is a hilarious comic filled with outrageous moments you might not expect to see in a comic book. This page in particular pretty much sums up all the nonsense that goes in this issue. It’s also a nice nod to Deadpool 2, the hit film based on the character in which he assembles X-Force in a very similar way.

And of course the best part of this panel is the presence of Jeff the Landshark, the single most adorable creature to ever exist in the Marvel Universe or any universe throughout all of history. Jeff is a shark. Jeff walks on land. Jeff is now your favorite character. That goes for all of you. Yes, even you, Steve. Ok, you’re name probably isn’t Steve, but odds are someone named Steve is reading this and that guy’s mind is probably blown right now. Sorry. The whole comic awareness thing got to my head. Anyway, you should check out this issue.